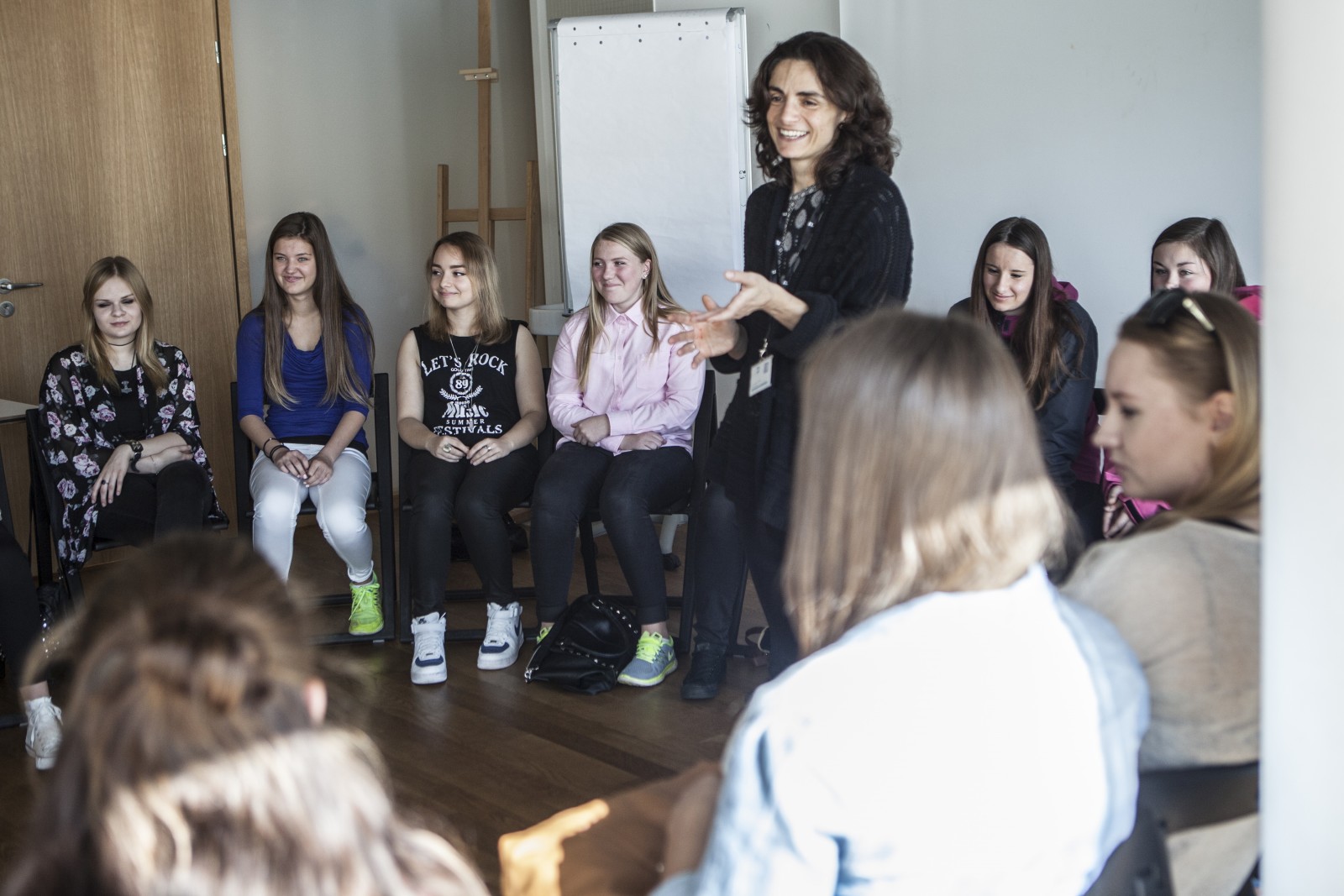 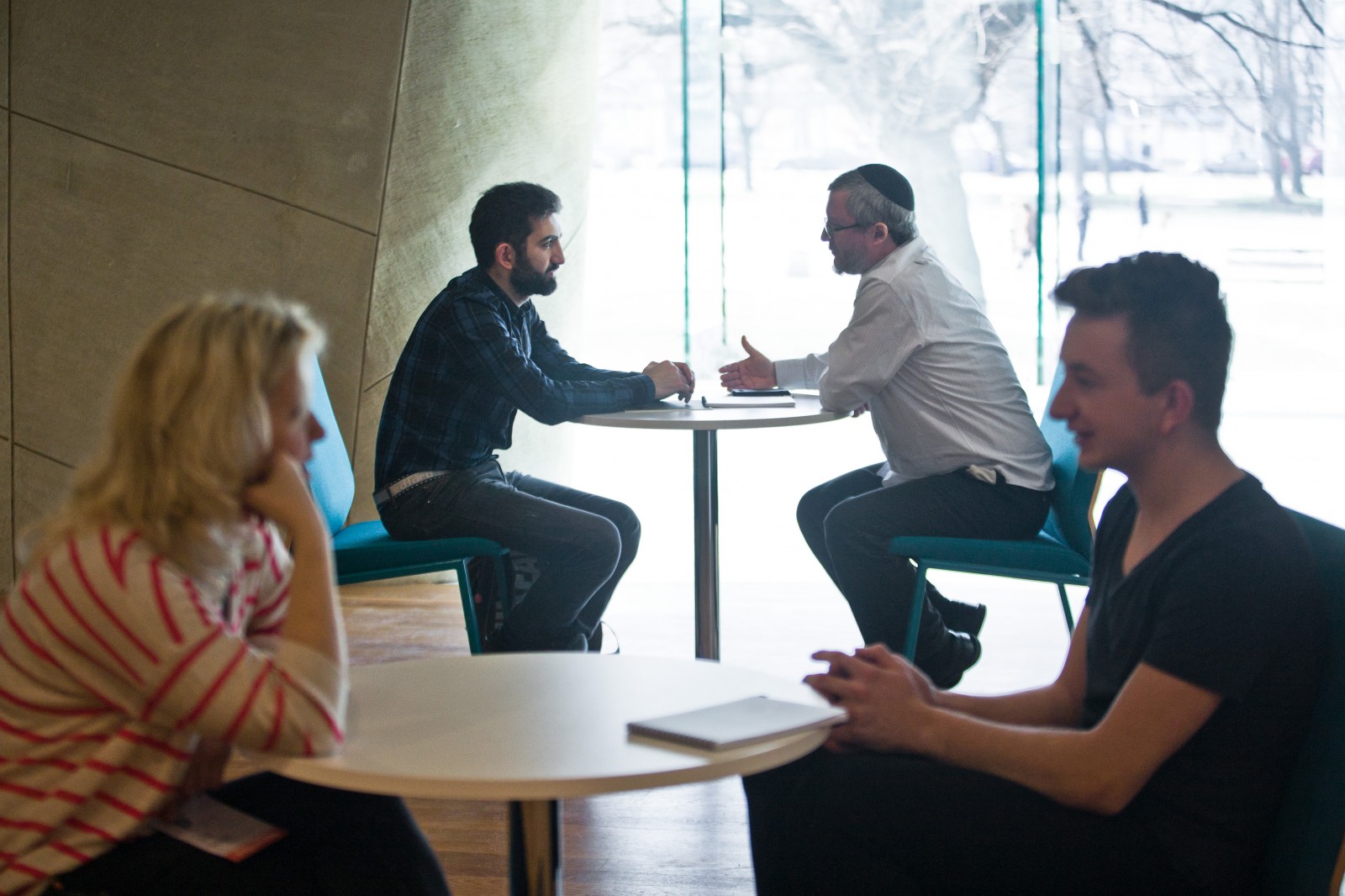 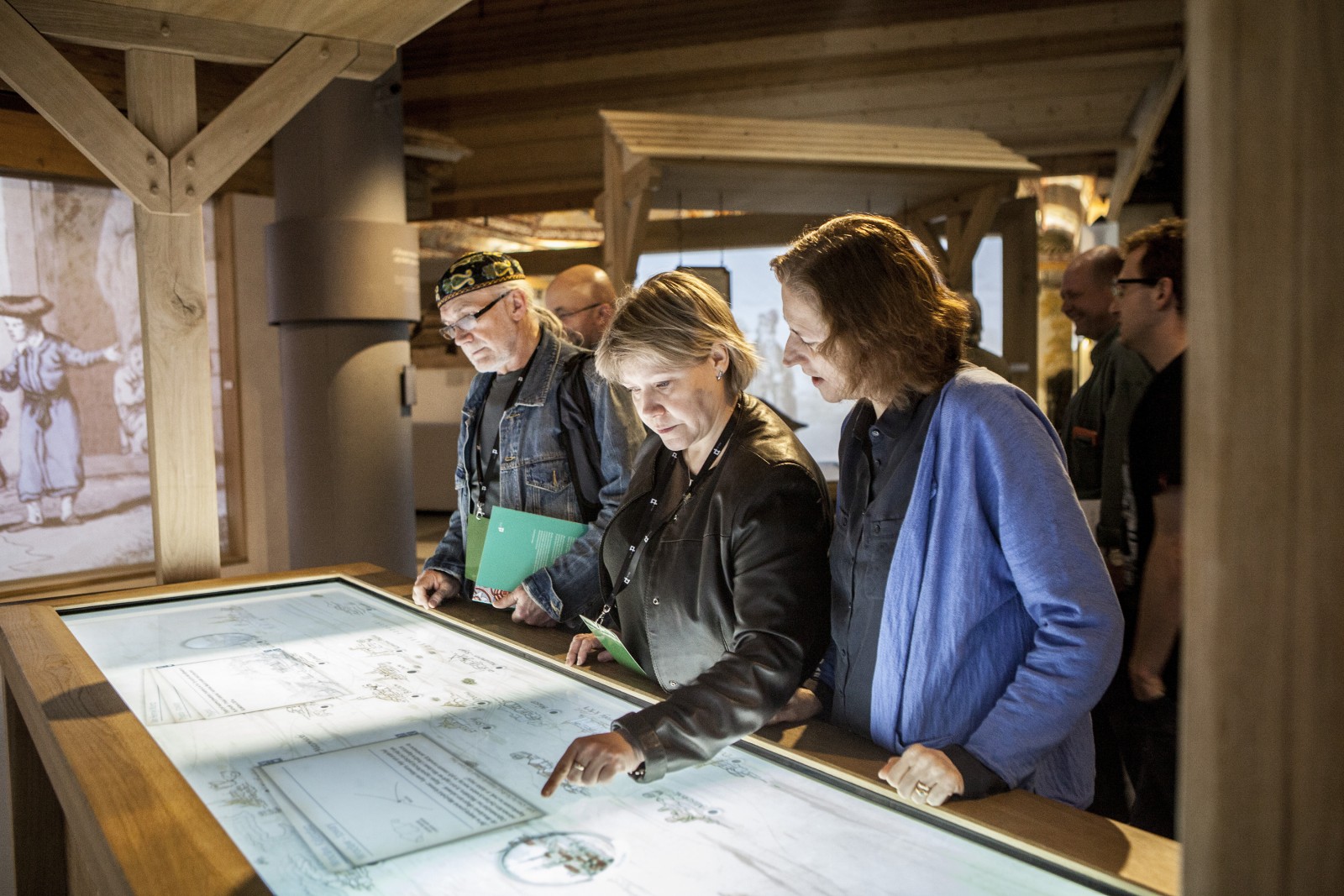 The project Jewish Cultural Heritage. Polish-Norwegian bilateral activities in 2017 was implemented from 26 April to 31 October 2017 by POLIN Museum in cooperation with its Norwegian partners: the Center for Studies of the Holocaust and Religious Minorities (HL-Senteret), the Falstad Memorial and Human Rights Center (Falstad Center), the European Wergeland Centre, the Oslo Jewish Museum.

The project was aimed at promoting and preserving Jewish heritage, combatting racism and xenophobia, and building respect for ethnic, religious, and cultural diversity.

Activities carried out in cooperation with the Falstad Center

The Museum organised Polish-Norwegian seminars on education in museum and at memorial sites, as well as workshops held under the Museum Think-Tank project, attended by a total of 56 students, educators, and museum employees. Another important initiative consisted in assembling and translating a wide selection of educational resources concerning education on human rights and the history of Jews in Norway.

The open project Anti-discriminatory Education in Practice enjoyed great popularity among the general public. Designed for adult audiences, it focused primarily on the issues of social exclusion and interfaith dialogue (e.g. the programmes Pomiędzy religiami [‘Among Religions’], Uchodźcy i migranci [‘Refugees and Migrants’], activities commemorating the extermination of the Roma). The total number of people participating in the project reached 340.

The project was addressed primarily to teachers and experts in teaching methodology. The Museum organised 22 activities tailored for this specific audience. They were attended by the total of 790 people. Among the activities taking place as part of the project were study visits to POLIN Museum (tour of the core exhibition and a methodology workshop), courses (Media, propaganda, dezinformacja – wokół Marca ‘68 [‘Media, propaganda, disinformation – about March ’68’], Postawy wobec przemocy [‘Attitudes towards violence’]), and educators’ visits at schools, aimed at presenting the resources and methods elaborated in cooperation with the Falstad Center. Among the events organised under the POLIN Museum Ambassadors programme (a country-wide network of teachers) was a study visit of a group of Ambassadors to the Falstad Center and a convention attended by 29 teachers and experts in teaching methodology from all parts of Poland.

Activities carried out in cooperation with the European Wergeland Centre

The three-day series of workshops Learning Democracy at Utoya was held in September on the island of Utoya, Norway. Each workshop was attended by a group of 15 students – future leaders from Poland and Norway, and by 10 teachers from both countries. The aim of the workshops was to shape civic attitudes and competence. The participants of the project committed themselves to sharing the gained knowledge and skills at their schools.

Activities carried out in cooperation with HL-Senteret

The project About the History of Jews in Poland and Norway: Providing access to digital resources helped expand oral history resources (7 interviews, 13 video recordings, 18 compilations, name index, editing 210 pieces of audio recordings). The methodology used in the project and its implementation were consulted with and evaluated by a number of partners and experts (Emigration Museum in Gdynia, European Solidarity Centre in Gdańsk, July 22 Center, Learning Centre on the island of Utoya).

The oral history resources and other materials have been made available to the general public on the Virtual Shtetl portal. The Museum undertook a series of development-oriented activities, including content and language editing of the Polish and English version of the portal, buying licenses, etc. The effects of these efforts were reinforced by promoting the portal in social media outlets (www.sztetl.org.pl – 1.6 million sessions in 2017).

Another initiative was the open-air exhibition They Fill No Space. Reviving the memory of Polish Jews in public spaces, illustrating the history of Jews from all around Poland with eye-catching street paintings. The grand opening of the exhibition took place on 7 September 2017 in HL-Senteret. Among those attending the event were representatives of diplomatic posts, the Norwegian government, and the Polish Ministry of Culture and National Heritage. The opening culminated with a live performance of a jazz klezmer band. The exhibition was open to the general public from 8 September to 3 October. It attracted ca. 1,200 visitors and was accompanied by educational activities organised for Norwegian school pupils.

One of the activities organised as part of the project was also the presentation of the touring exhibition on the history and culture of Polish Jews at various festivals. The exhibition made a visit to the Jewish Culture Day in Zakrzew, the Meetings with Jewish Culture in Chmielnik, and the 2017 edition of Live Festival in Oświęcim. It was also presented in Będzin, where it accompanied the première of the stage play Pamięć Rutki (‘Rutka’s Memory’) performed by the Dzieci Zagłębia Theatre. In each visited locality, our educators sought to engage audiences through a variety of activities connected to the themes of the exhibition.

In order for these activities to be as effective as possible, the quality of the museum’s educational services and its limitations were researched and analysed. The partners also organised a Polish-Norwegian research workshop with 25 participants, including experts from the Audience Development Institute in Oslo – Norskpublikumutvikling. They analysed the needs and limitations of target audiences, as well as success factors in cultural education and developing engaging programmes tailored to various target audiences.

Activities carried out in cooperation with the Oslo Jewish Museum

The project Poles and Norwegians in the Face of the Extermination of Jews: providing access to digital resources and methodology workshop focused on the issue of compiling, editing, and providing access to digital resources (historical publications, video recordings) pertaining to rescuing Jews during World War II. In order to reach schools and wide audiences, the partners used tools characteristic of online social campaigns (including the use of social media), various materials were published on the Polish Righteous portal, available in Polish and English (www.sprawiedliwi.org.pl). In September, the seminar entitled Stories of the Righteous as Tools for Civic Education. Experts’ seminar and methodology workshop took place in Riga. Its participants were representatives of the partners and numerous institutions from all around Europe (Žanis Lipke Memorial and the ‘Jews in Latvia’ Museum in Riga, the Gariwo Foundation from Milan, the House of European History in Brussels, the Vilna Gaon State Jewish Museum). The event was an opportunity to share experiences in educating audiences on the Righteous and using cutting-edge technologies and approaches in popularising the knowledge of the heritage of the Righteous.

The concluding event of the project Jewish Cultural Heritage. Polish-Norwegian bilateral activities in 2017 was the conference History, Education, Digital projects – Norwegian and Polish Perspectives (26-27 September 2017), which also constituted an opportunity to showcase good practices in educational activity. The conference was attended by representatives from all Norwegian partners of the Museum and the 22 July Centre in Oslo. One of the highlights of the event was the award ceremony, during which the 2017 EU Prize for Cultural Heritage / Europa Nostra Award was presented to the project Jewish Cultural Heritage. The ceremony was attended by representatives of the Embassy of Norway, the Ministry of Development, and the Ministry of Culture and National Heritage..

Supported by a grant from Iceland, Liechtenstein and Norway through the Norway and EEA Grants and co-financed by the Polish funds.