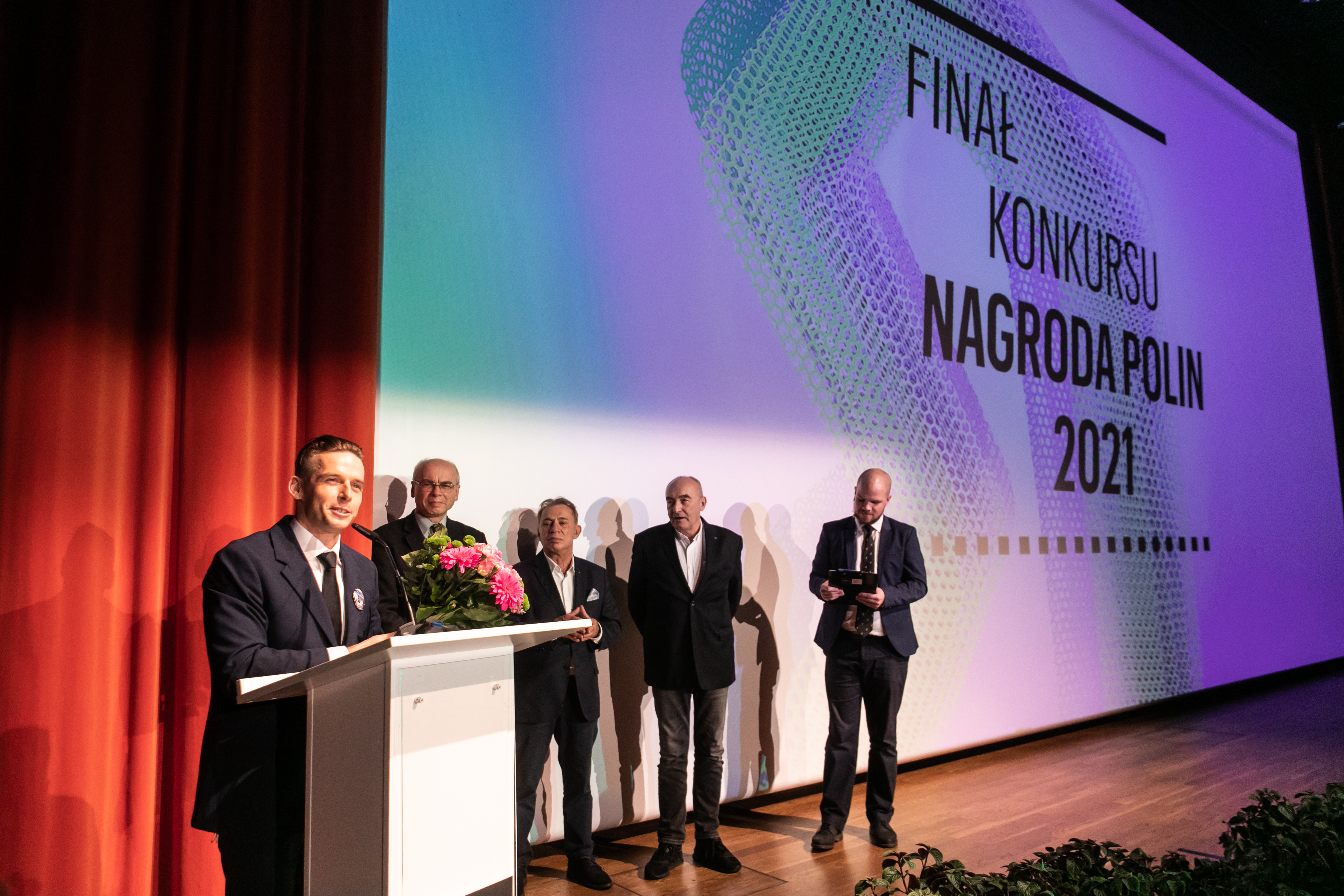 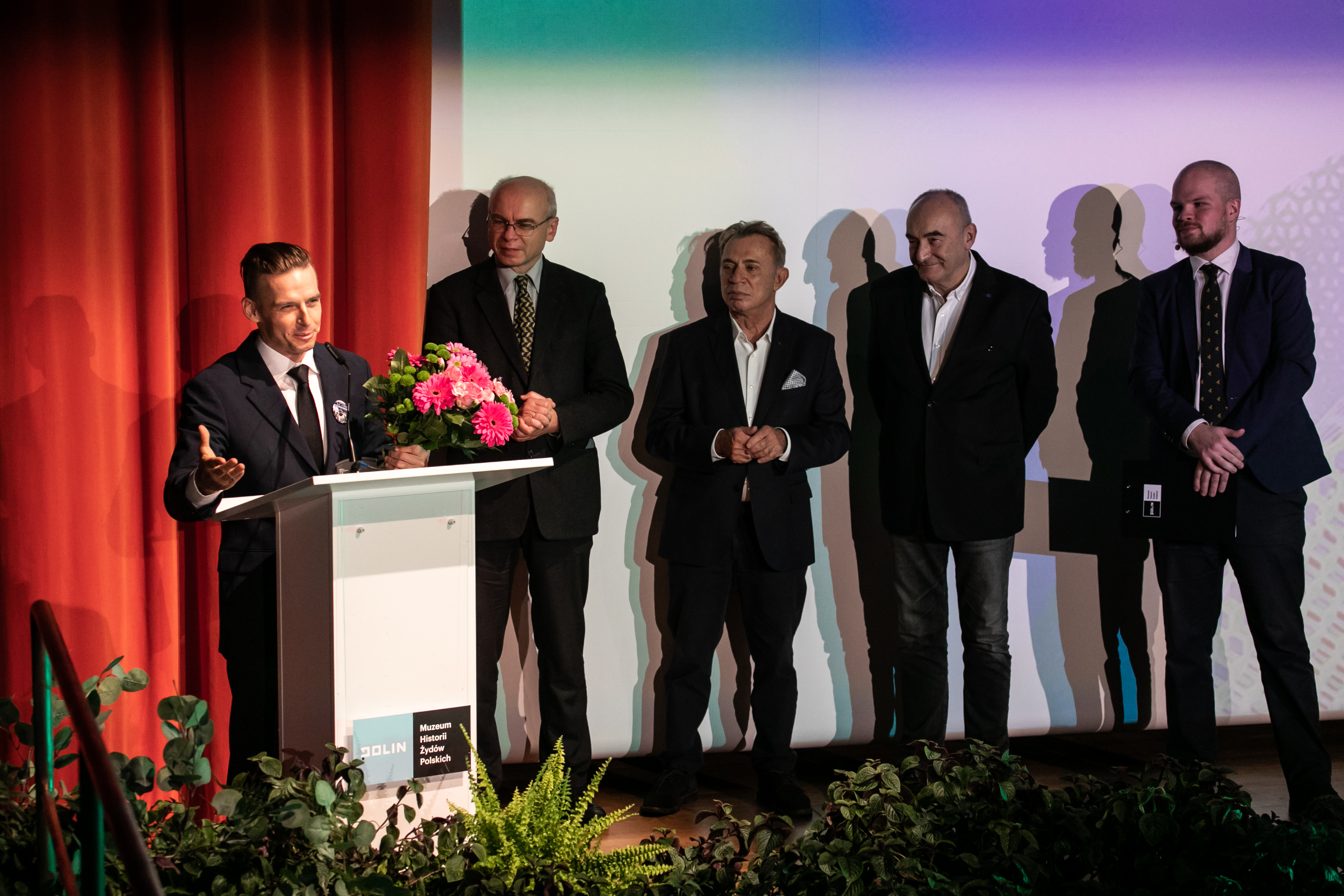 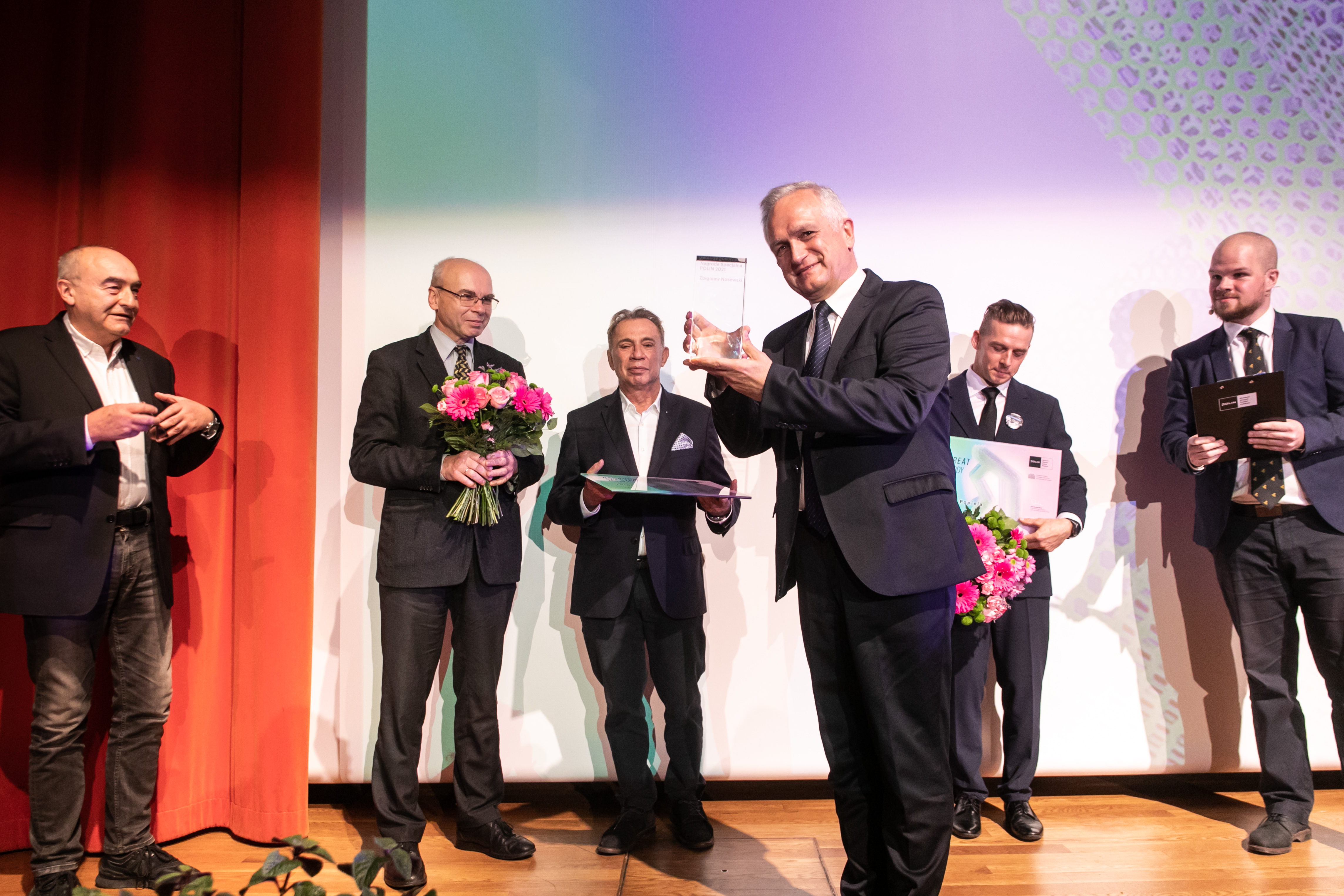 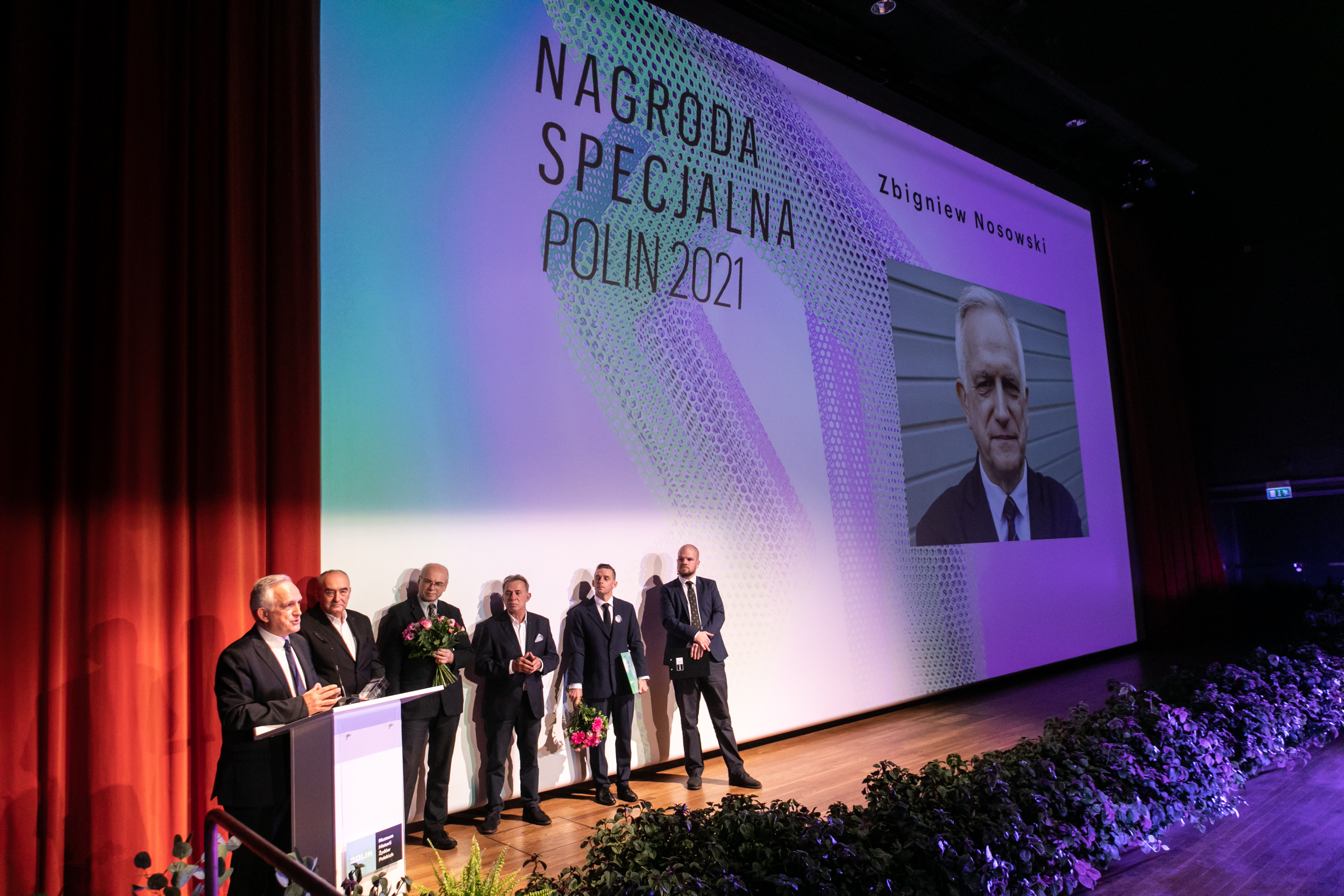 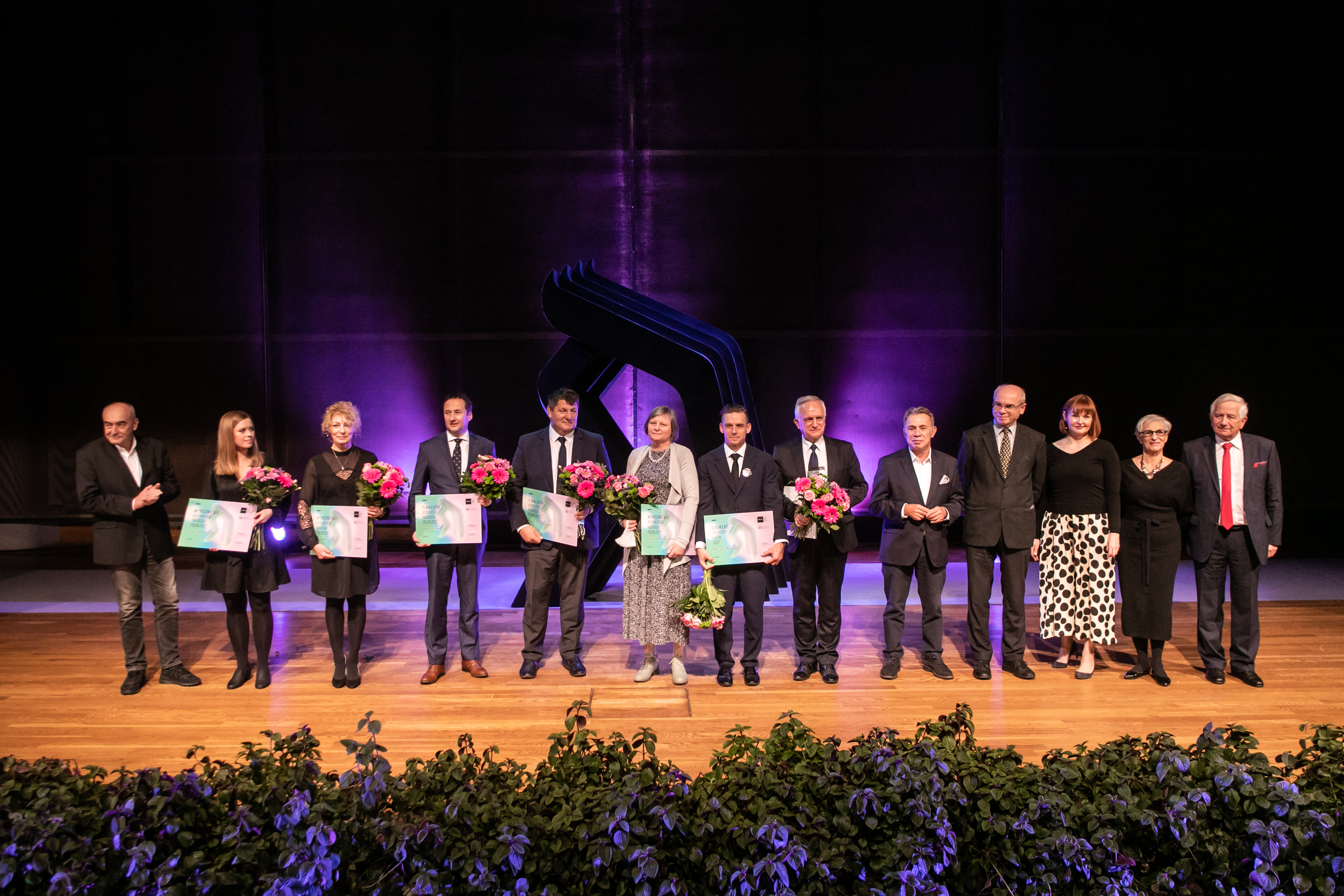 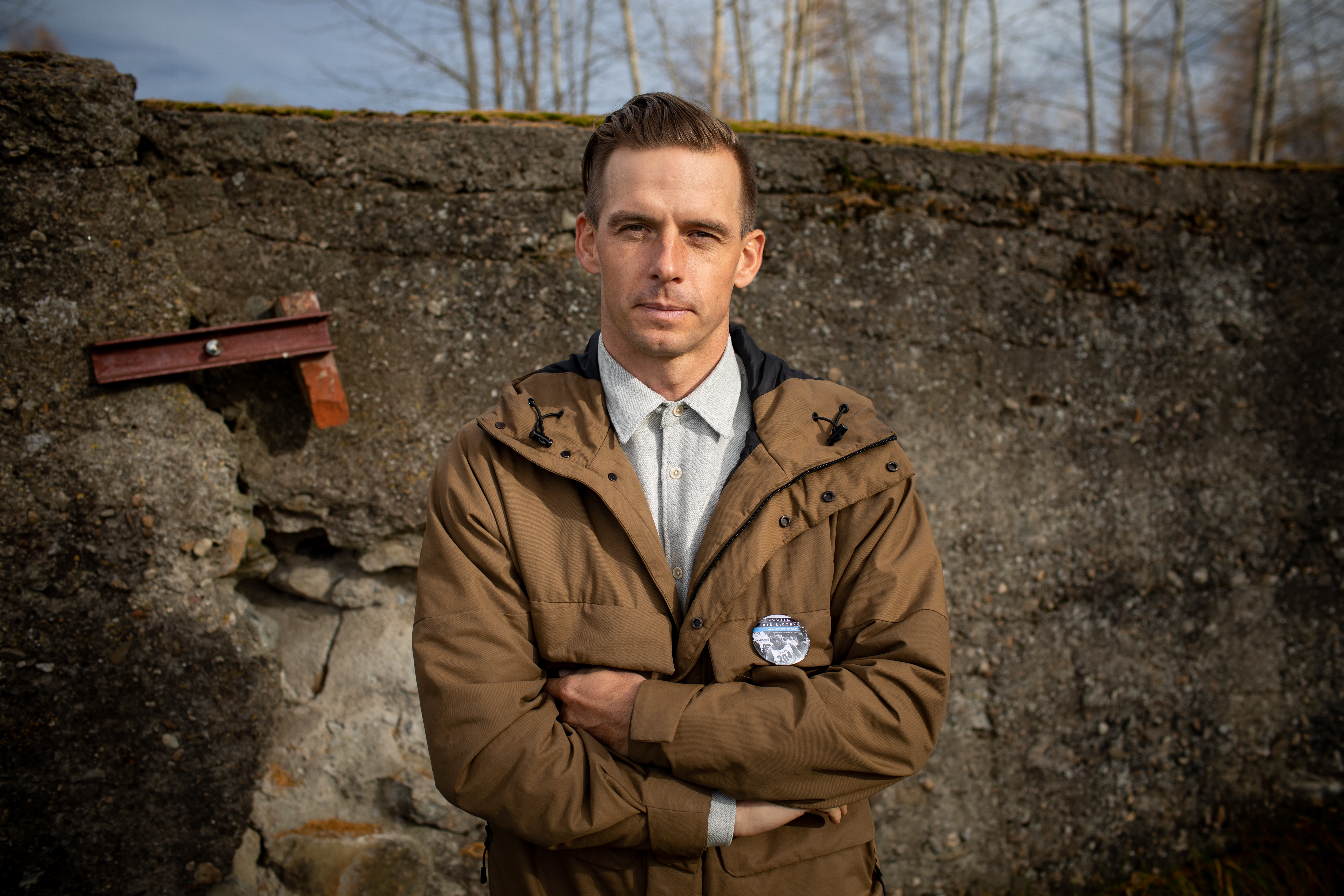 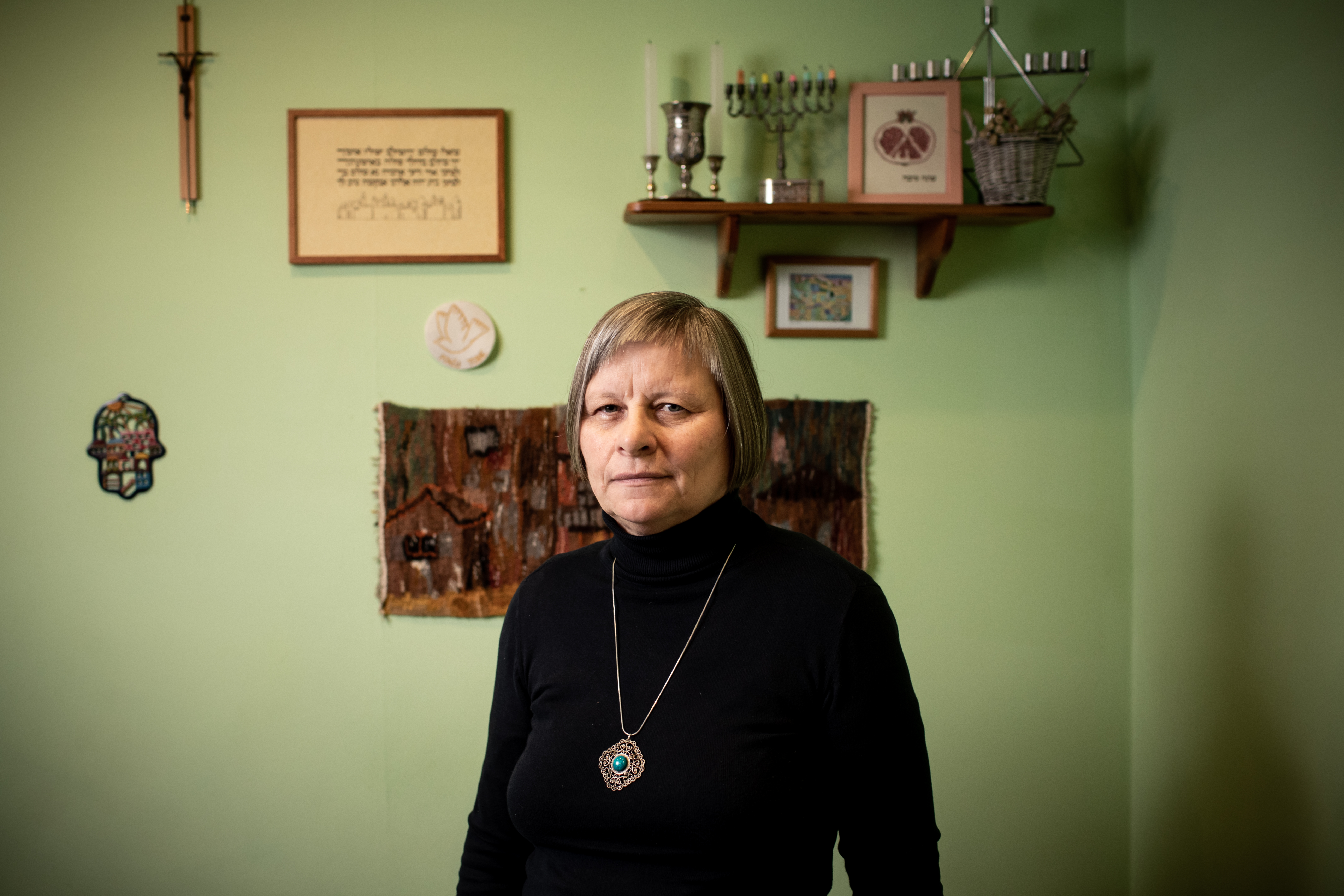 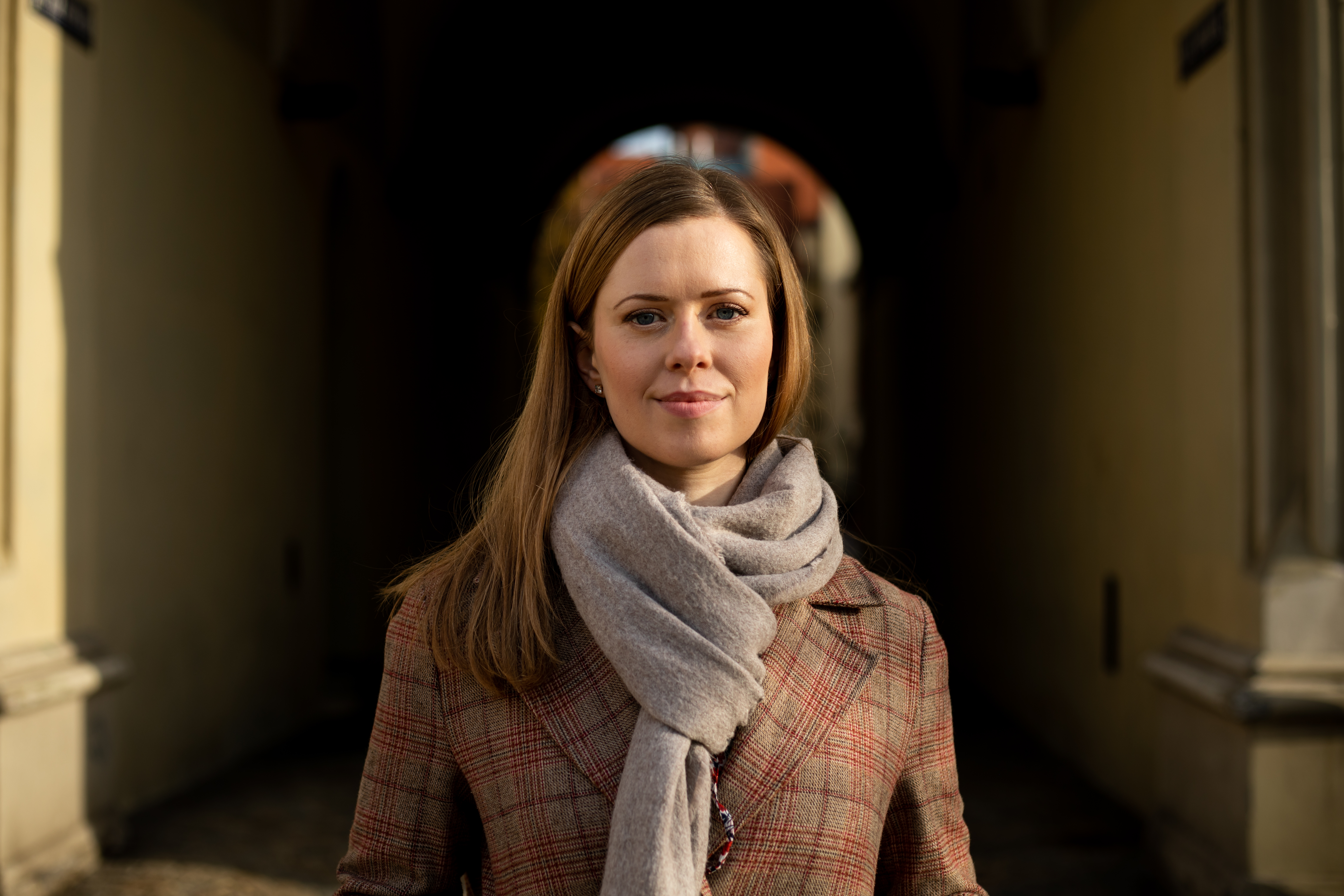 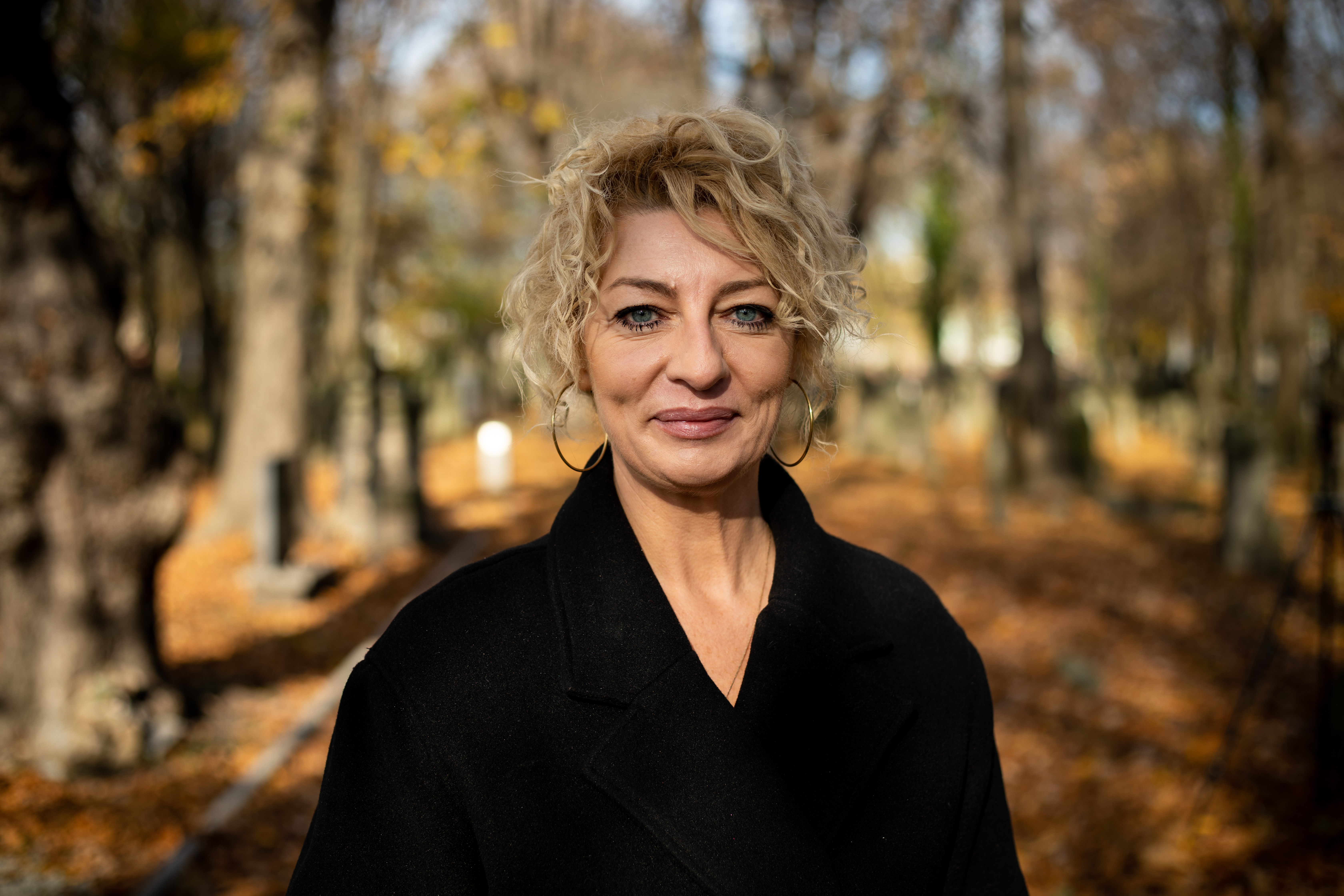 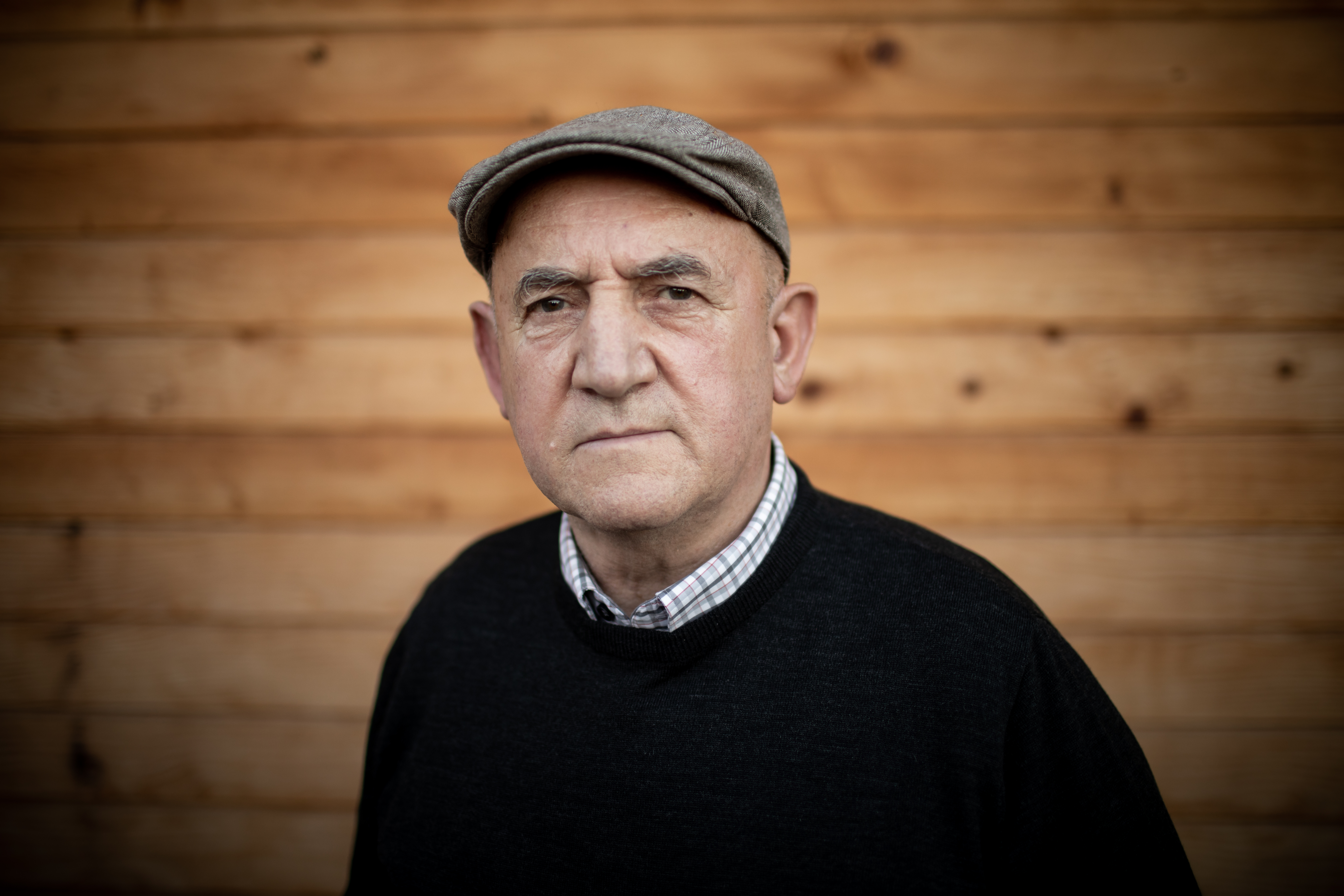 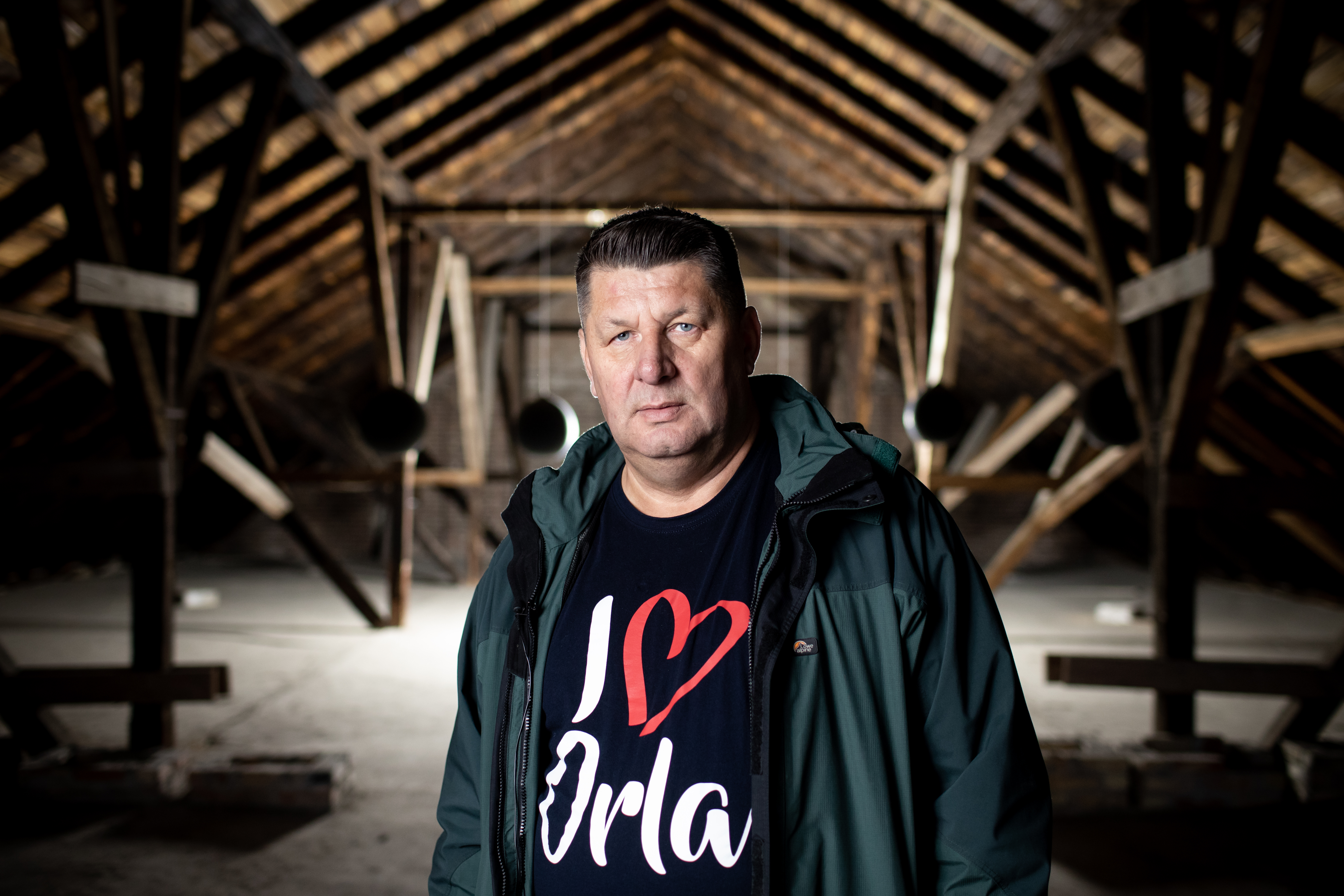 Dariusz Popiela, activist of the Sądecki Shtetl, author of People Not Numbers project thanks to which Holocaust victims are being commemorated by name, is the laureate of 2021 POLIN Award. The winner will receive a financial prize of 20,000 PLN.

During the competition final which took place at POLIN Museum and on the Museum social media, three honourable mention awards were granted, too—they went to Urszula Antosz-Rekucka from Mszana Dolna, Urszula Rybicka from Wrocław and Inga Marczyńska who is active in Małopolska and Podkarpacie regions.

The competition jury recognised Dariusz Popiela for commemorating by name over 5,000 victims of the Holocaust from Krościenko on the River Dunajec, Grybów, Czarny Dunajec and Nowy Targ, for his boundless energy to remain active and to inspire others to become active in the field of memory preservation.

For years now, as an activist of the Sądecki Shtetl, the laureate has been co-organising commemorative events related to the Jewish Holocaust as well as meetings dedicated to Jewish culture in Nowy Sącz.

He is the author of "People Not Numbers" project within which Holocaust victims have been commemorated by name at the cemeteries included in the project. The project also involves meetings organised at schools which are aimed at acquainting the youth with the history of local Jewish communities, educational trips to the Holocaust Museum in Bełżec where young people learn about the tragic history of the former residents of their hometowns, and, ultimately, schools and pupils becoming patrons of memorial sites.

The laureate of 2021 POLIN Award is also actively involved in searching for matzevot and other material traces left by the Jews who used to live in given locations. Through cooperation and dialogue with local communities, tombstones that have been kept beyond the cemetery walls at people’s courtyards are now being retrieved. They are renovated and special lapidaria are built at cemeteries.

Dariusz Popiela is also an athlete who represented Poland at the Olympic Games in Beijing. He holds nine Champion of Poland titles (the last one in 2021) and has won many medals at both European and World Championships in whitewater kayaking.

The competition winner receives a financial prize of 20,000 PLN.

Honourable mention awards were granted to Urszula Antosz-Rekucka from Mszana Dolna, Urszula Rybicka from Wrocław and Inga Marczyńska, an activist from the Małopolska and Podkarpacie regions.

Each winner of the honourable mention receives a financial prize of 10,000 PLN.

Among the nominees to this year’s POLIN Award were: Marek Chmielewski from Orla and Józef Gucwa from Bobowa. They receive a financial prize of 5,000 PLN each.

"The POLIN Award competition was held at the time of the pandemic for the second time in a row. For months now, COVID-19 pandemic has been thwarting realisation of and fundraising for social projects. Despite these obstacles, the competition jury faced a particularly difficult task of selecting the finalists from over 100 applications, all of whom deserved recognition. We are thoroughly impressed by the engagement, energy and determination of all the nominees. We wish to express our utmost gratitude and appreciation to all those who are active in the field of the preservation of the heritage of Polish Jews".

Starting from 2015, POLIN Award laureates are individuals or organisations engaged in the preservation of the memory of Polish Jews. Their activities contribute to shaping the joint future, mutual understanding and respect between Poles and Jews. From among the applications received by the Museum, each year the competition jury nominates, awards and honours individuals or organisations that in recent years have demonstrated an important, unconventional, extraordinary activity, attitude, work or statement that has had a significant impact on public awareness of the history of Polish Jews and on building Polish-Jewish relations.

The Jankilevitsch Foundation was the 2021 POLIN Award gala official patron.

Financial awards were funded by Tomek Ulatowski, Distinguished Benefactor of POLIN Museum, Wiktor Askanas and Ewa Masny-Askanas, Odette and Nimrod S. Ariav Foundation and an anonymous donor. The Association of the Jewish Historical Institute of Poland is its co-organizer.

The event was realised within the Jewish Cultural Heritage project financed by Iceland, Liechtenstein and Norway as part of the EEA Grants Fund and by the state budget.

For more information on the POLIN Award competition and on the nominees, please click here >>

The jury shortlisted 6 finalists from over 100 applications sent in from all across Poland.