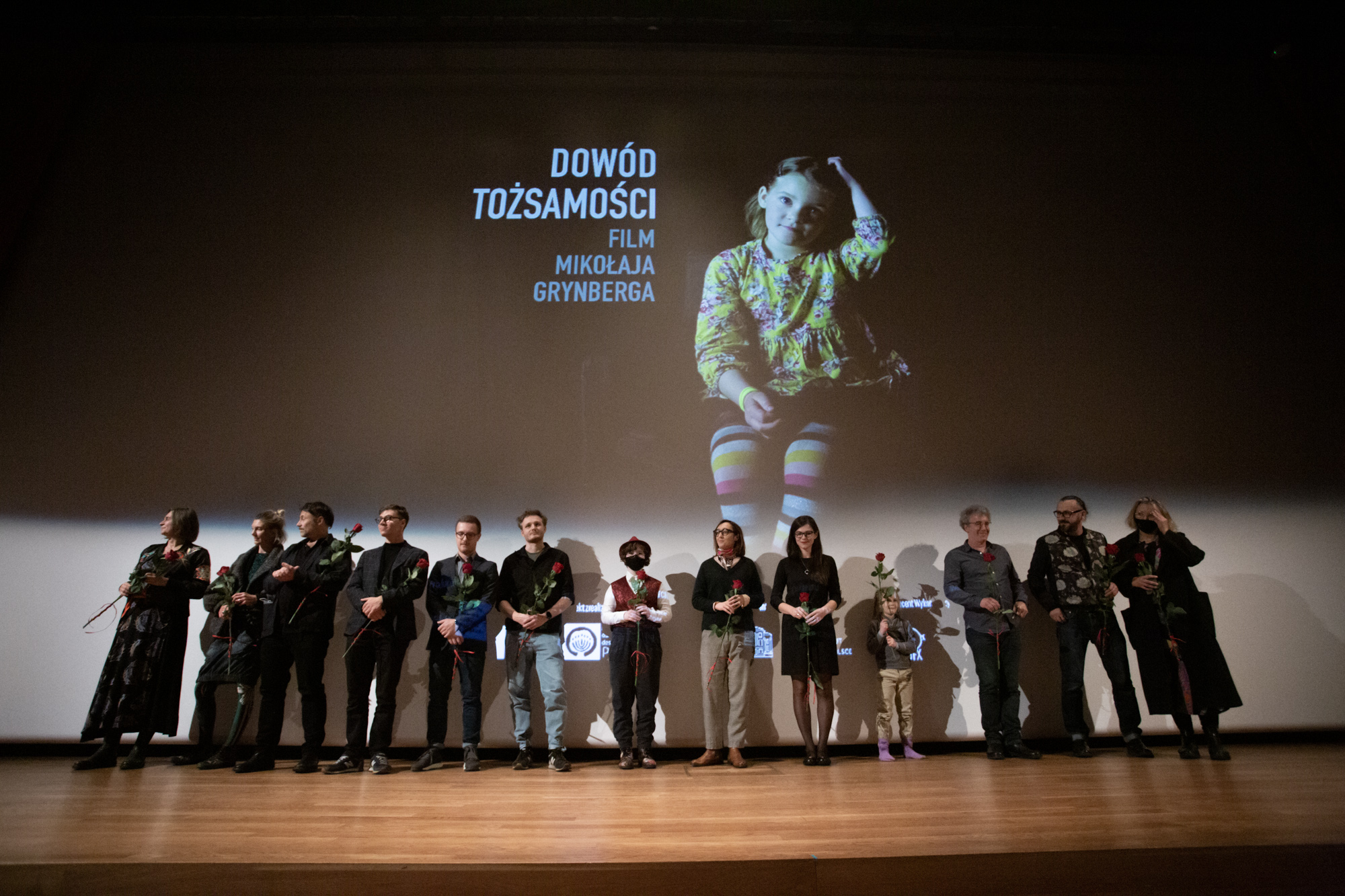 Directorial debut of Mikołaj Grynberg, a distinguished writer, reporter and photographer, shortlisted for the Nike Literary Award (one of the most prestigious awards for Polish literature), laureate of the Warsaw Literary Premiere. A premiere of the film was held on 21st November in POLIN Museum. "Proof of Identity" is available on TVN24.GO platform from 3rd December.

Author of the collections of short stories titled "Rejwach" and "Poufne", Mikołaj is best known for his exceptionally incisive and honest conversations with the so-called "second generation", namely the children and grandchildren of Polish Jews who survived the Holocaust: "Ocaleni z XX wieku" (2012), "Oskarżam Auschwitz. Opowieści rodzinne" (2014) and "Księga wyjścia" (2018).

It was precisely these conversations that served as a point of departure for the joint project of Mikołaj Grynberg and POLIN Museum of the History of Polish Jews (production)—the protagonists are yet again asked questions, only this time their responses are being recorded on video camera. The audience is thus confronted not only with the written word but also with raw emotions. Mikołaj’s interlocutors are seated on a stage (the actual stage of the POLIN Museum auditorium); dimmed spotlight is directed onto their faces, yet it exposes every gesture, whisper or tear. The author, too, lays his cards on the table by allowing us to observe his working method. He does much more than merely posing questions—he engages in a dialogue with his guests, often delving into the complex issues himself.

The protagonists of this poignant film represent all the generations of Jews residing in Poland today. For the first time ever, Mikołaj gives the floor to the generation who has had no direct contact with the survivors in their families. The film encourages us to ponder over how our memory of the Holocaust has been evolving and how important it is for people who are in their twenties today. The conversations reveal a vast array of attitudes and experiences, as the protagonists come from both big cities and the Polish province. Not only do we get acquainted with their family stories and individual experiences, but we also learn about the present, e.g. how do they cope with antisemitism? Do they cope with it at all?

The film offers us a glimpse into the peculiarities of being a Polish Jew today, often beyond the grasp of those who have no contact with the Jewish community. Polish history is indeed exceptionally complex—many events that had taken place in Poland exerted an enormous impact on the sense of identity among the members of the Jewish community. However, this is by no means yet another film about the Polish Jews. It is a universal portrayal of the present-day reality precisely because it poses the questions that concern us all—the questions about who we are, about our families, our fears and dreams, about Poland.

Mikołaj Grynberg does much more than merely ask questions to his protagonists invited to the stage of the POLIN Museum auditorium. His questions are addressed to each and every one of us.

Watch the film by Mikołaj Grynberg and POLIN Museum on TVN24.GO, both European and American ITVN channels, and Discovery Historia channel.

Rejwach – a book launch in the POLIN Reading Room