"Maus 4" by Sasnal in the POLIN Museum collection 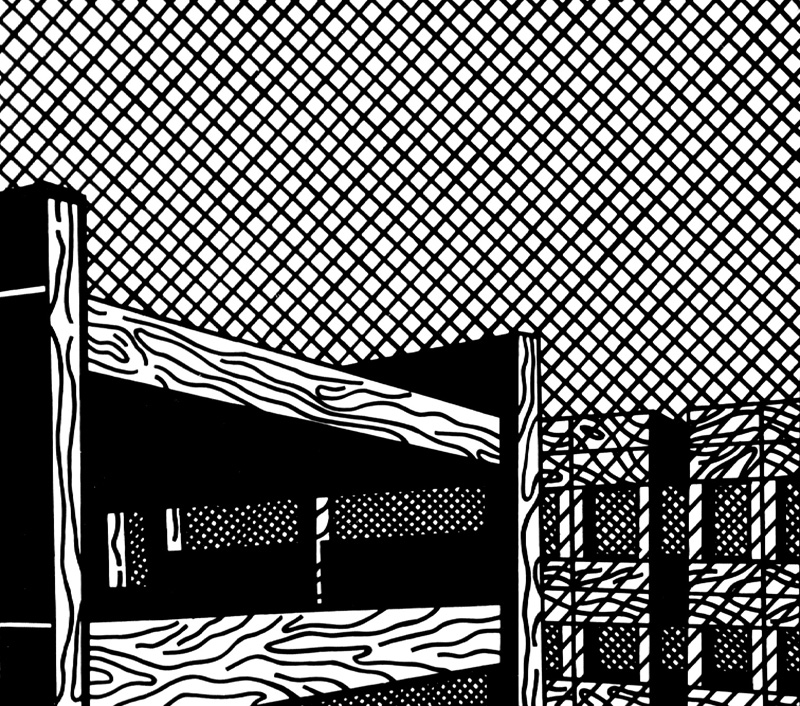 Maus 4 painting by Wilhelm Sasnal, now in the collection of the POLIN Museum! It is one of the series of paintings inspired by Art Spiegelman’s graphic novel entitled Maus.

In 2001, “Maus”, an outstanding, famous graphic novel by Art Spiegelman appeared in Poland. It fascinated Wilhelm Sasnal, a young artist born in 1972, who created a series of five paintings of the same title - Maus. Each of them is based on an excerpt from Spiegelman’s comics, in Sasnal reinterpretation painted in large format on canvas, in a flat, black and white “comic” style. The paintings do not have individual titles, only one of them is a portrait, the rest are fragments of the floor, walls, camp bunk beds.

Contemporary art works referring to the heritage of Polish Jews, Polish-Jewish history and memory, are an important part of the POLIN Museum collection. In his works, especially in the Maus series, Sasnal, one of the best-known contemporary Polish painters, poses questions about the presence of the Holocaust in Polish memory. As he put it: "What is truly unique is that the narration is sketched out on a contemporary plan, and the story told to Art is not just a wartime story but rather a very much alive story from the wartime – and that is, to me, extremely important. I can’t help the feeling that we still live in the post-1945 world, rather than post-1989."