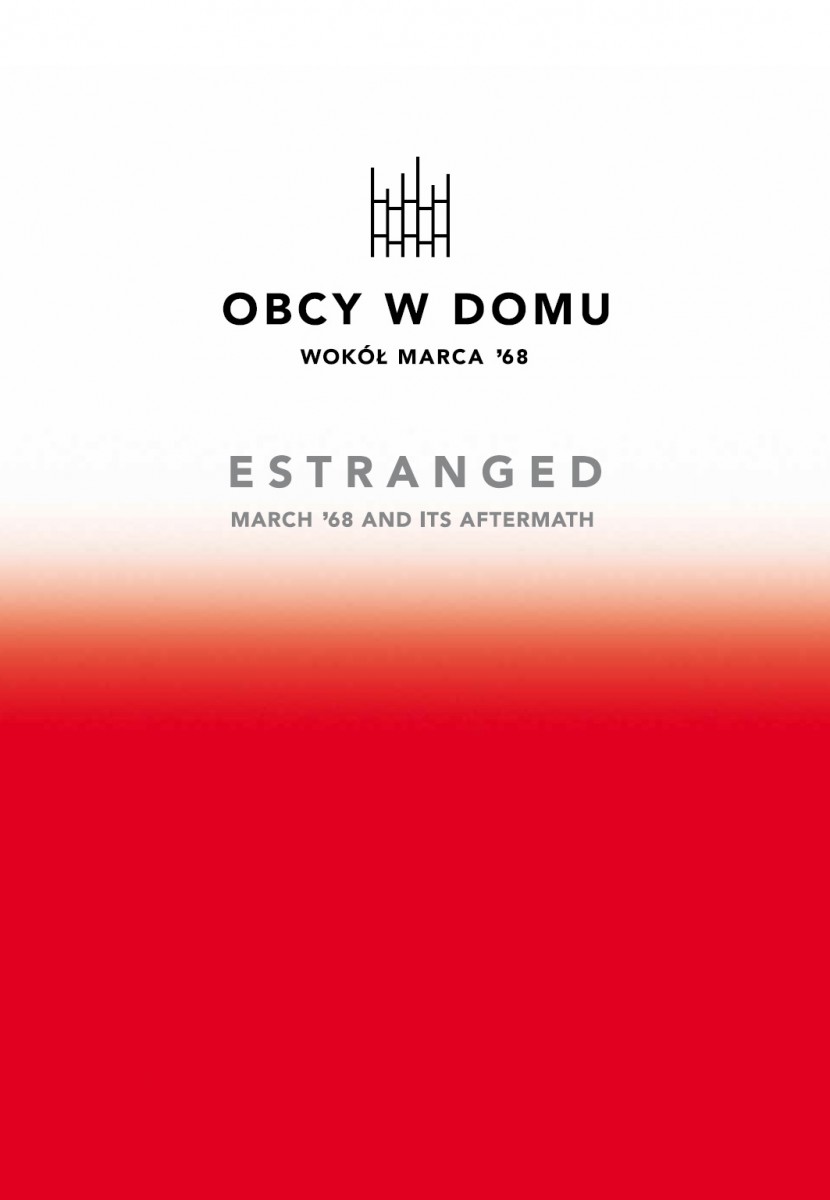 The volume Estranged: March ’68 and Its Aftermath, which accompanies the exhibition under the same title, develops and explores further issues raised in the exposition. Aside from interviews with witnesses to history, it features essays penned by distinguished scholars in the fields of history, culture studies, art history or anthropology.

The book tackles subjects such as: the political context of March events, memory of March ’68, situation of Polish Jews in the countries they emigrated to and its impact on shaping their identities, March ’68 in art. The publication opens with a text written by the curators of the Estranged exhibition which introduces the reader to the themes that are vital for the exposition’s narrative simultaneously offering new contexts for interpretation.

The texts are accompanied by photographs of objects as well as iconographic or film material displayed in the exhibition or related to it. The book boasts six pages of tracing paper with copies of manuscript of the book by Michał Głowiński titled Marcowe gadanie [Gabbing About March]. Reflection on the linguistic mechanisms which fuel hate is one of the key issues raised by both the exposition and the accompanying volume.

Publisher: POLIN Museum of the History of Polish Jews, 2017

Estranged. March '68 and Its Aftermath

Projects & temporary exhibition about the antisemitic campaign of March '68