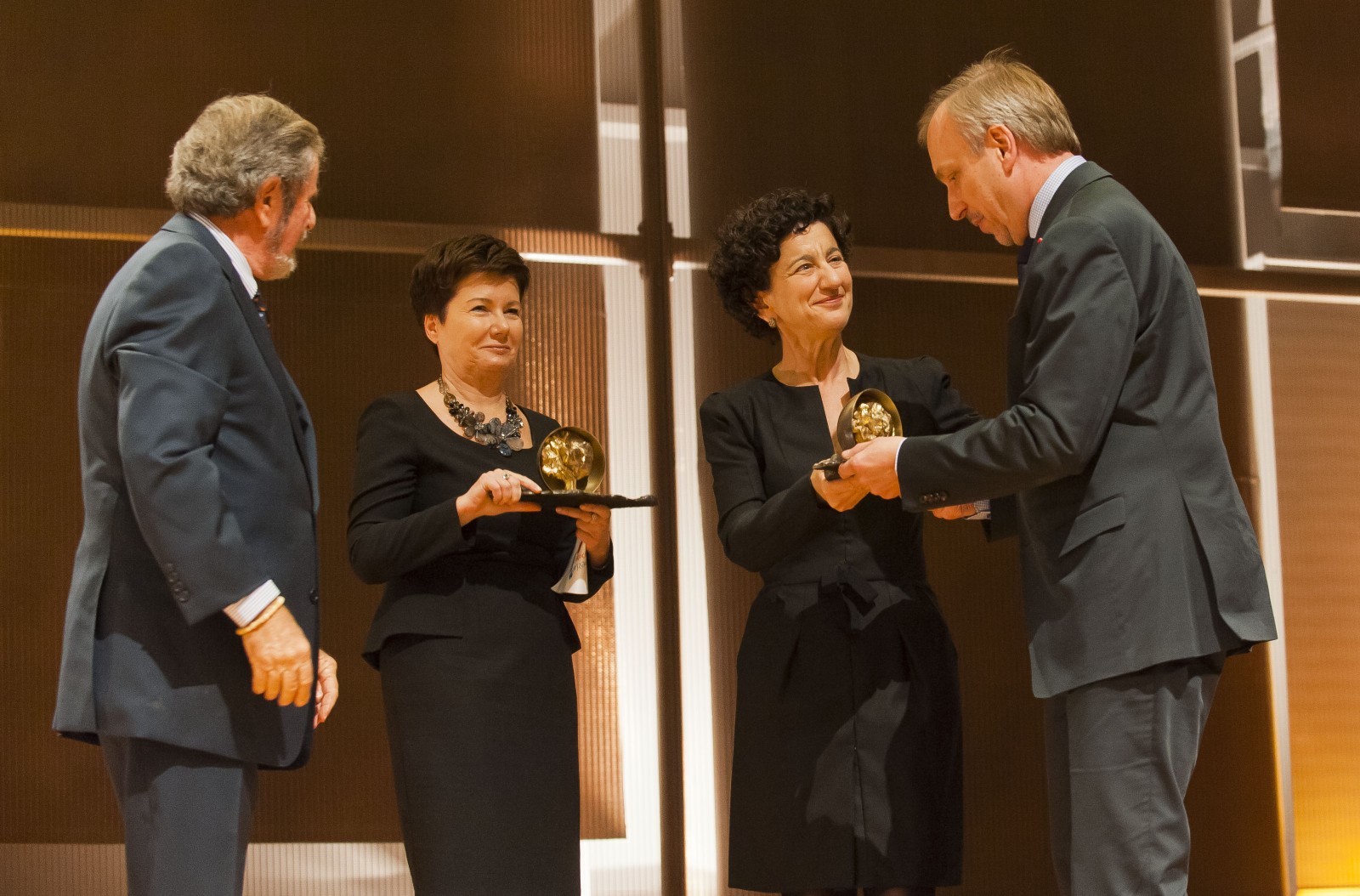 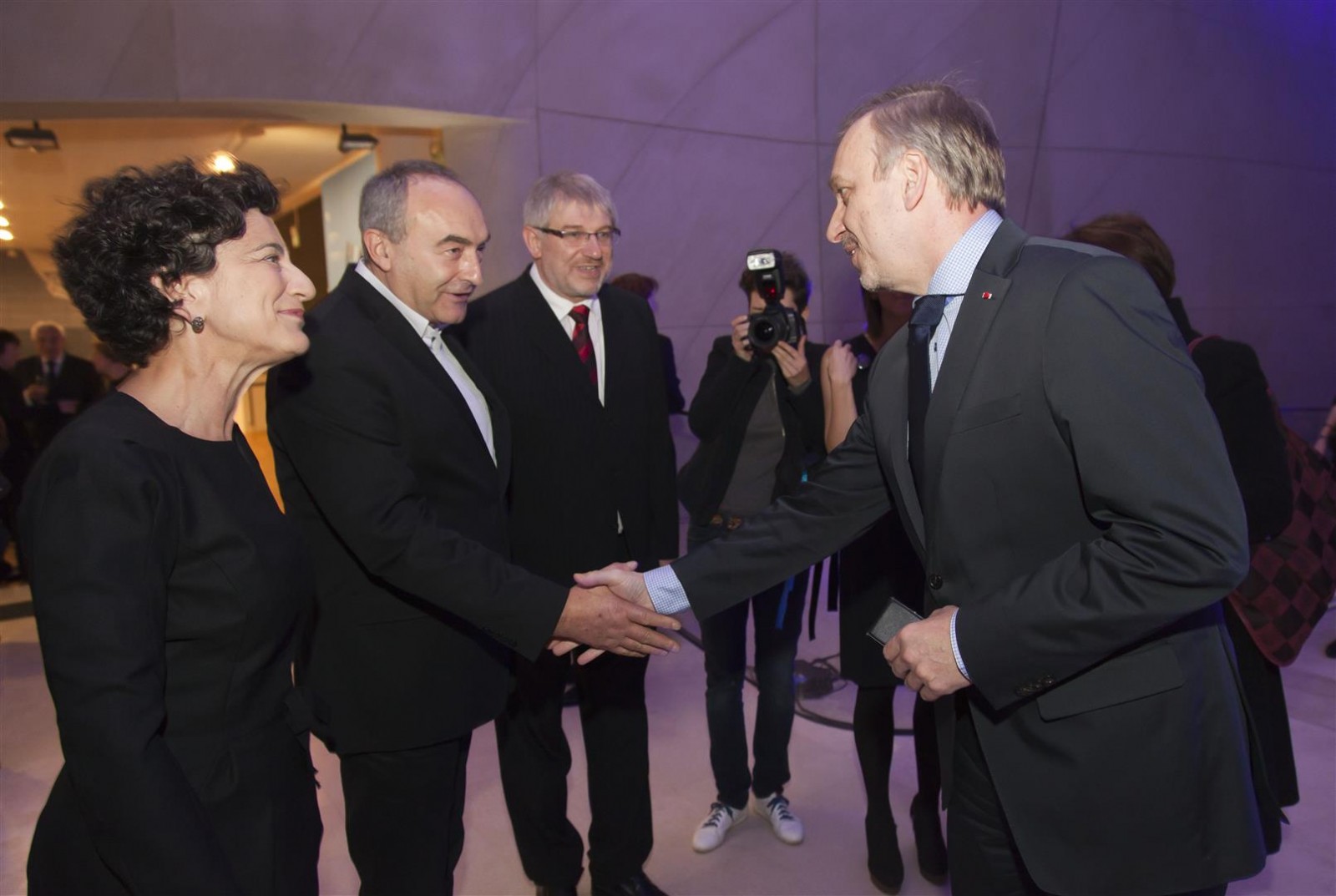 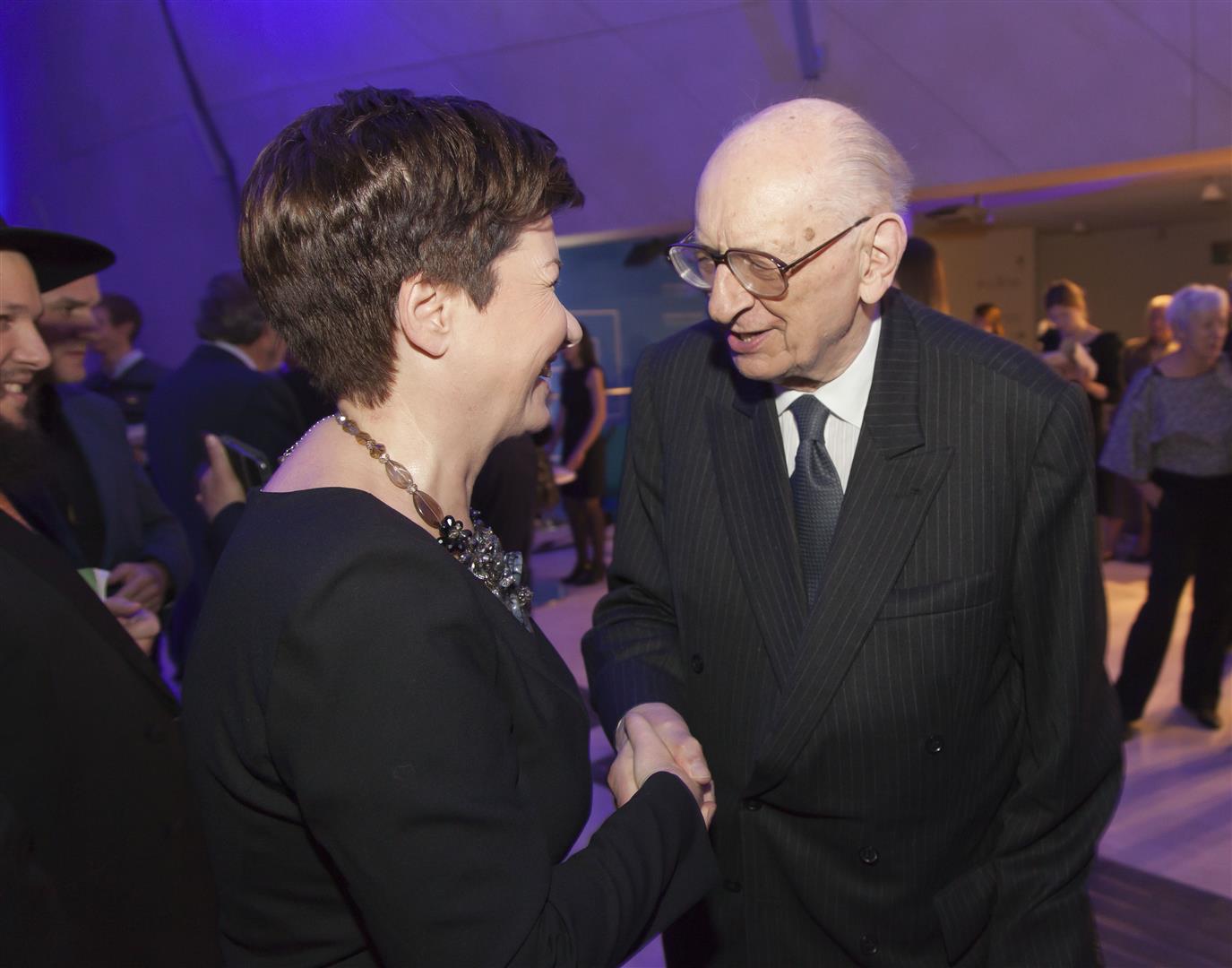 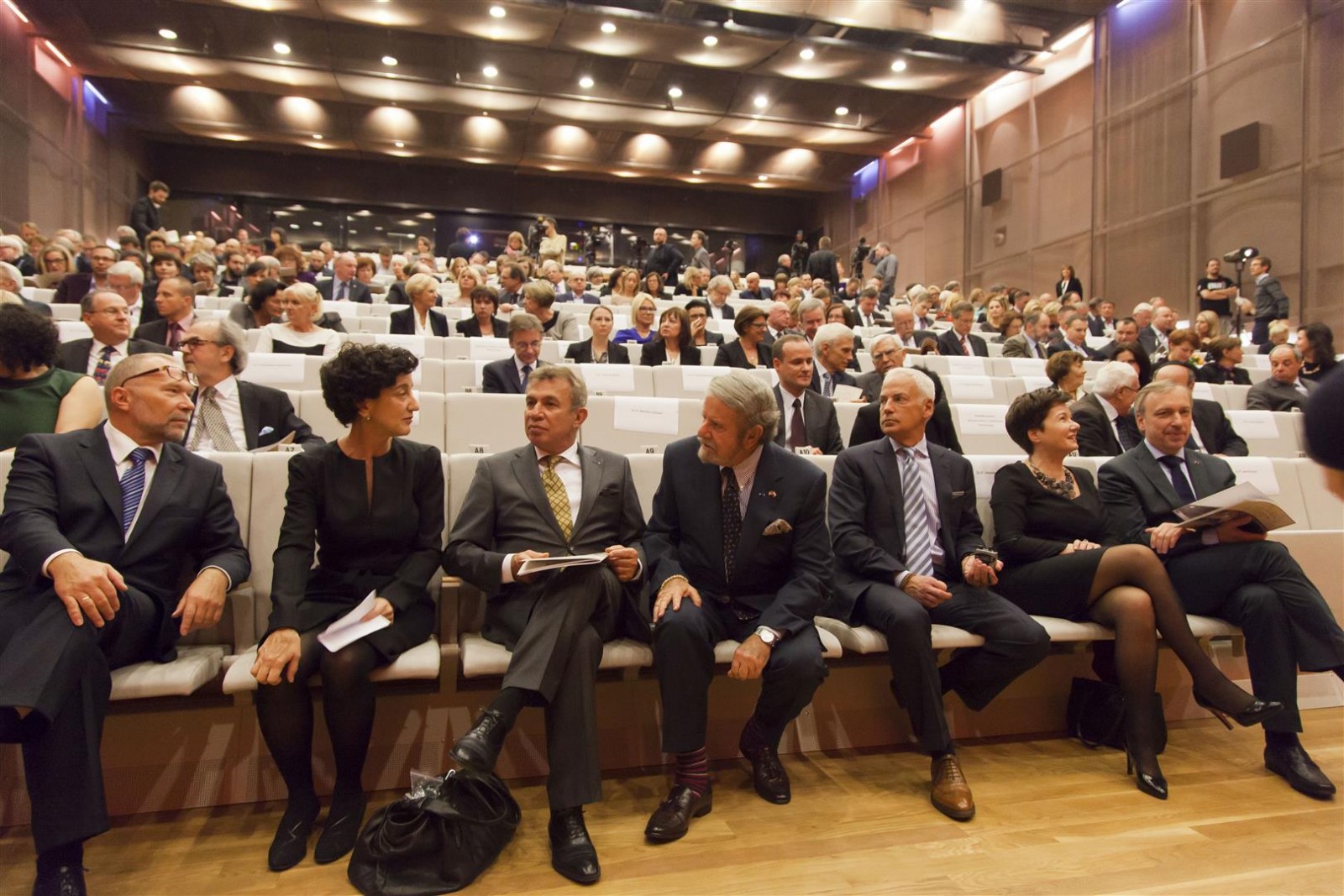 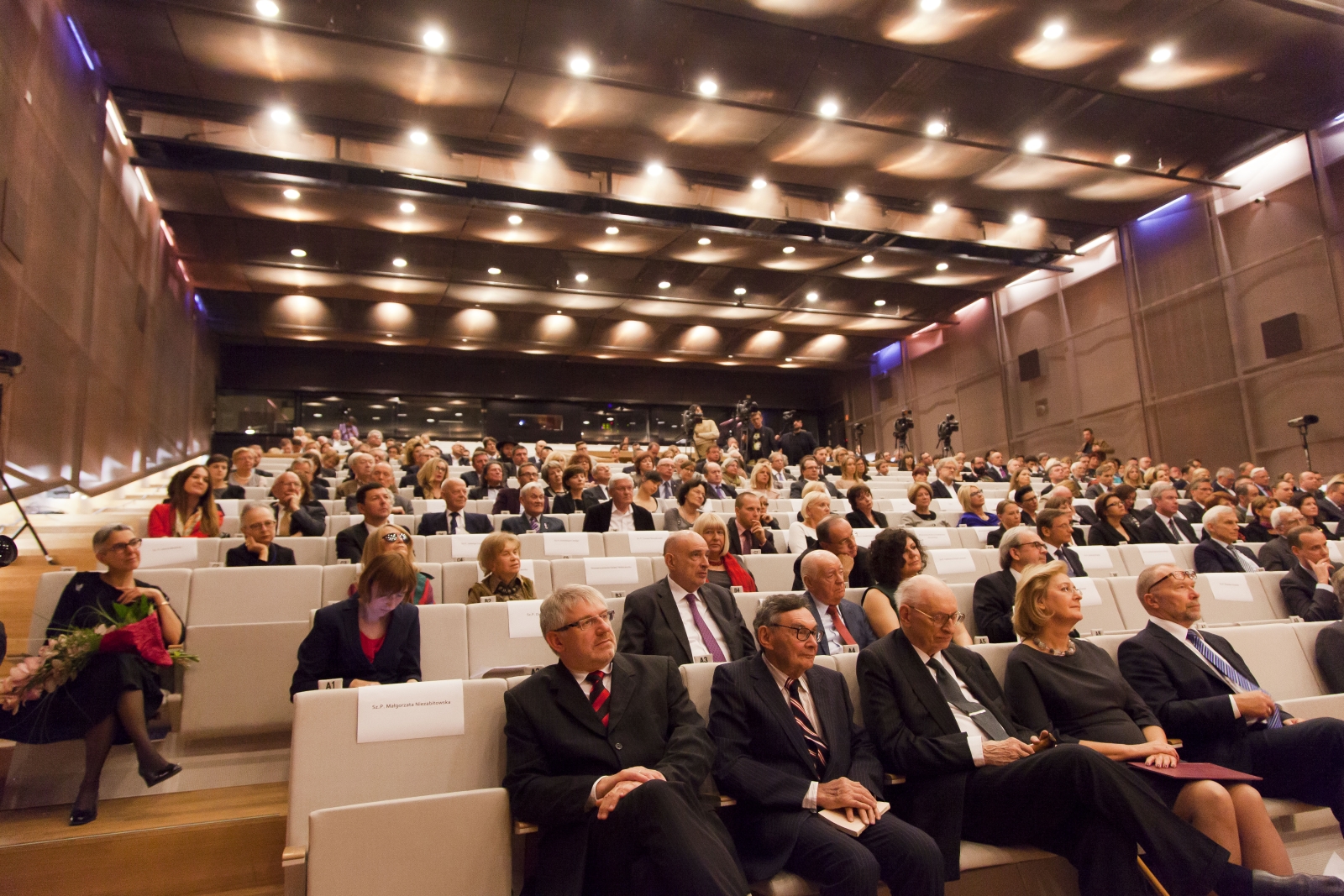 On October 23, 2013, the Irena Sendler Memorial Award ceremony, hosted by the Taube Foundation for Jewish Life & Culture, took place at the Museum of the History of Polish Jews in Warsaw. This year’s recipients of the award were the Minister of Culture and National Heritage, Bogdan Zdrojewski, and the Mayor of Warsaw, Hanna Gronkiewicz-Waltz.

The Irena Sendler Memorial Award is granted annually to Polish citizens who have worked to preserve Jewish heritage and foster Jewish cultural renewal in Poland. It was established in 2008 by Tad Taube and the Taube Foundation for Jewish Life & Culture to commemorate Irena Sendler. Declared a Righteous Among the Nations by Israel’s Yad Vashem, Irena Sendler rescued hundreds of Jewish children from the Warsaw Ghetto in Nazi-occupied Poland, refusing to reveal their identities even when arrested by the Nazis. This year’s laureates were awarded for their leadership in a unique public-private partnership which has resulted in the creation of the Museum of the History of Polish Jews – a joint cultural institution of the Ministry of Culture, City of Warsaw and the Association of the Jewish Historical Institute of Poland.

We understood in time, that this is our last chance to shake the dust of the memory of both nations, that must be fed not only with the ‘centuries of suffering’, but with a common joy, tradition, language and identity. I am honored, that my time in the Ministry [of Culture and National Heritage], has been the time of the creation of this unique Museum of Memory – the Museum of the History of Polish Jews, said Bogdan Zdrojewski, Polish Minister of Culture and National Heritage. The concept of the Museum had been talked about for a long time, yet its creation has been very swift, mainly thanks to the fact that private investors, funders, and donors are working together with a national institution and local government institution to create one of the most important historical museums in Poland.

This is a symbolic place, and it was clear to me, that Warsaw must be involved in the creation of the Museum in Warsaw’s Muranów district. I am extremely happy that we managed to create a place that has attracted and united so many people, even at this early stage, said Hanna Gronkiewicz-Waltz, Mayor of Warsaw, during the ceremony.