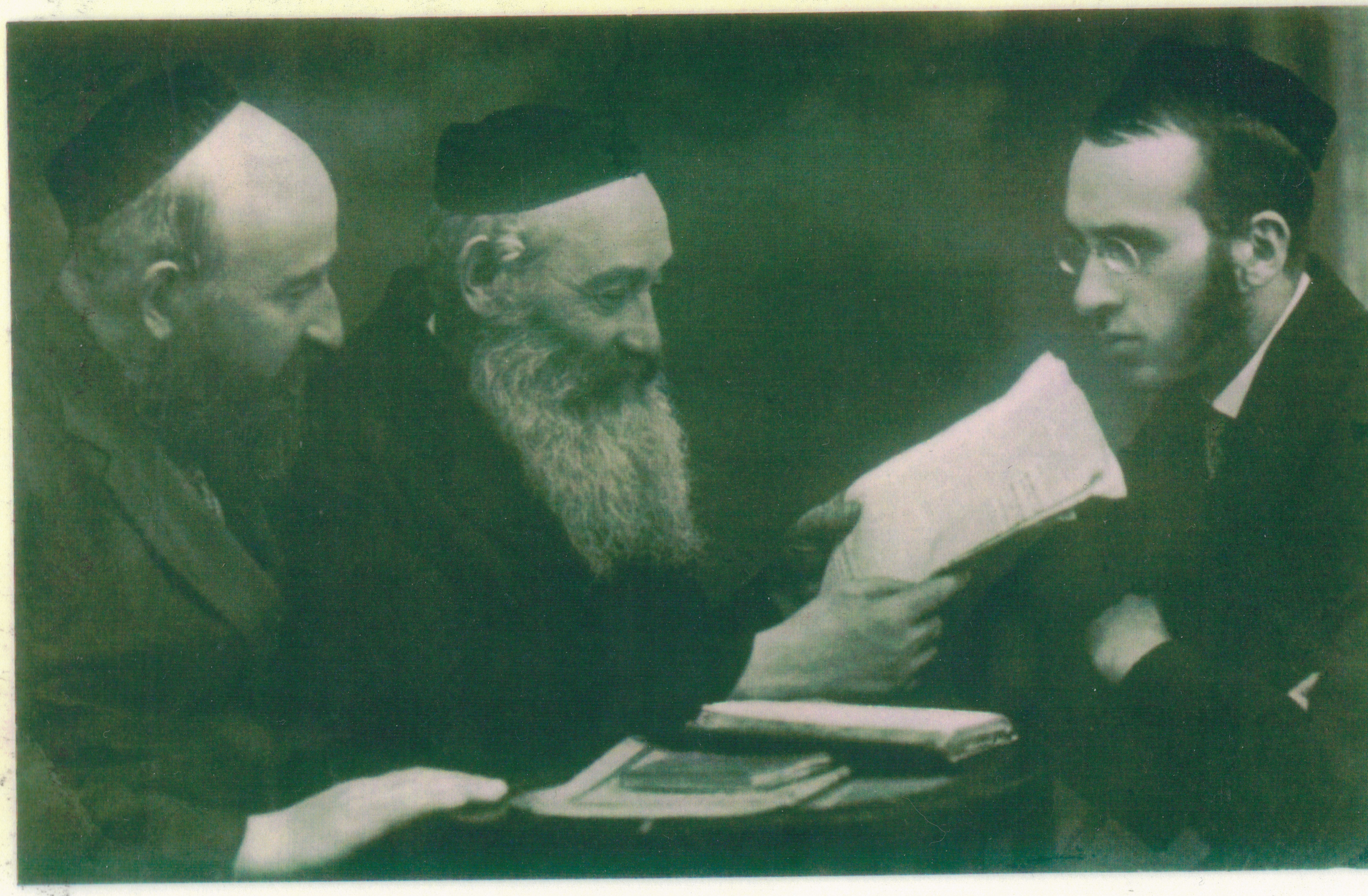 Join the next “Meet the Family” conversation on the eve of the 78th anniversary of the Warsaw Ghetto Uprising. Hillel Seidman escaped from the Warsaw ghetto in January 1943, as the Germans were deporting Jews in the ghetto to Treblinka. After the war, he published the extraordinary diary he had kept in the ghetto.  Naomi Seidman will explore the life and work of her father and what his legacy means to her and to the world.

The “Meet the Family” series accompanies the new Legacy gallery at POLIN Museum. The 26 individuals featured in the Legacy gallery, when considered together, form a collective portrait of Polish Jews and their achievements. The “Meet the Family” series goes beyond the 26 luminaries featured in the gallery and broadens the discussion to consider how their lives illuminate the history of Polish Jews, and how the history of Polish Jews illuminates their lives. The series will offer a unique opportunity to meet their descendants, some of whom are devoting their own lives to preserving the legacy of their distinguished forebears.

The conversation with Barbara Kirshenblatt-Gimblett explores their lives, work, and legacy. How did those who achieved so much overcome limitations, pursue their goals, and take responsibility for themselves and others? May those we honor in these conversations inspire us today and in the future.

Barbara Kirshenblatt-Gimblett is Ronald S. Lauder Chief Curator of the Core Exhibition at Polin Museum of the History of Polish Jews and University Professor Emerita at New York University. Her books include Destination Culture: Tourism, Museums, and Heritage; Image Before My Eyes: A Photographic History of Jewish Life in Poland, 1864–1939 (with Lucjan Dobroszycki); They Called Me Mayer July: Painted Memories of Jewish Life in Poland Before the Holocaust (with Mayer Kirshenblatt); The Art of Being Jewish in Modern Times (with Jonathan Karp); and Anne Frank Unbound: Media, Imagination, Memory (with Jeffrey Shandler), among others. She has received honorary doctorates from the Jewish Theological Seminary, University of Haifa, and Indiana University and was elected to the American Academy of Arts and Sciences and decorated with the Officer’s Cross of the Order of the Republic of Poland. She is the recipient of the 2020 Dan David Prize. She serves on Advisory Boards for the Council of American Jewish Museums, Jewish Museum Vienna, Jewish Museum Berlin, and the Jewish Museum and Tolerance Center in Moscow, and advises on museum and exhibition projects in Lithuania, Belarus, Albania, Israel, and the United States.

Naomi Seidman is Chancellor Jackman Professor of the Arts at the University of Toronto. She was previously Koret Professor of Jewish Culture at the Graduate Theological Union in Berkeley. She was awarded the Guggenheim Fellowship in 2016. Her books include “A Marriage Made in Heaven: The Sexual Politics of Hebrew and Yiddish (1997); “Faithful Renderings: Jewish-Christian Difference and the Politics of Translation” (2006); “The Marriage Plot, or How Jews Fell in Love with Love, and with Literature” (2016); and most recently “A Revolution in the Name of Tradition: Sarah Schenirer and Bais Yaakov Movement,” which won a 2019 National Jewish Book Award. She was herself educated at a Bais Yaacov school.

Hillel Seidman (1907–1995) was a religious writer and journalist born in Buczacz (now Ukraine) to a wealthy family of Husyatiner Hasidim. He received a doctorate at the University of Warsaw, where he studied with Majer Bałaban, a renowned historian of Polish Jewry. In the Warsaw ghetto, where he was the archivist and secretary for the Judenrat, he kept a diary. He narrowly evaded deportations from the Warsaw ghetto on several occasion, escaping from the Warsaw ghetto in January 1943. He procured false papers as a citizen of Paraguay, was held in the Pawiak prison, before being sent with a transport of American and English citizens to a prison in Vittel, France. He was liberated there by the American army in September 1944. Seidman authored many books in Polish, Hebrew, Yiddish, and English, on Jewish education, the ethical character of kosher slaughter, Jewish holidays, biblical commentary, and biographies of political and rabbinical figures he had known. Most enduring is his “Diary of the Warsaw Ghetto,” which focuses on religious life in the ghetto and was the first such document to appear. Written in Yiddish, the diary was serialized in a Hebrew newspaper in 1945 and later published in four languages as a book. Seidman was an activist in Agudath Israel, an organization representing Orthodox Jews worldwide before and after the Second World War. Seidman immigrated to the United States in 1950, where he worked as a Yiddish journalist. He settled in Brooklyn, where he raised, continued to write books, and served as President of the Jewish Nazi Victims Organization of America, and worked on behalf of Soviet Jewry and other causes. Hillel Seidman and his legacy embody  passionate Hasidism, intellectual rigor, and lively cosmopolitanism.