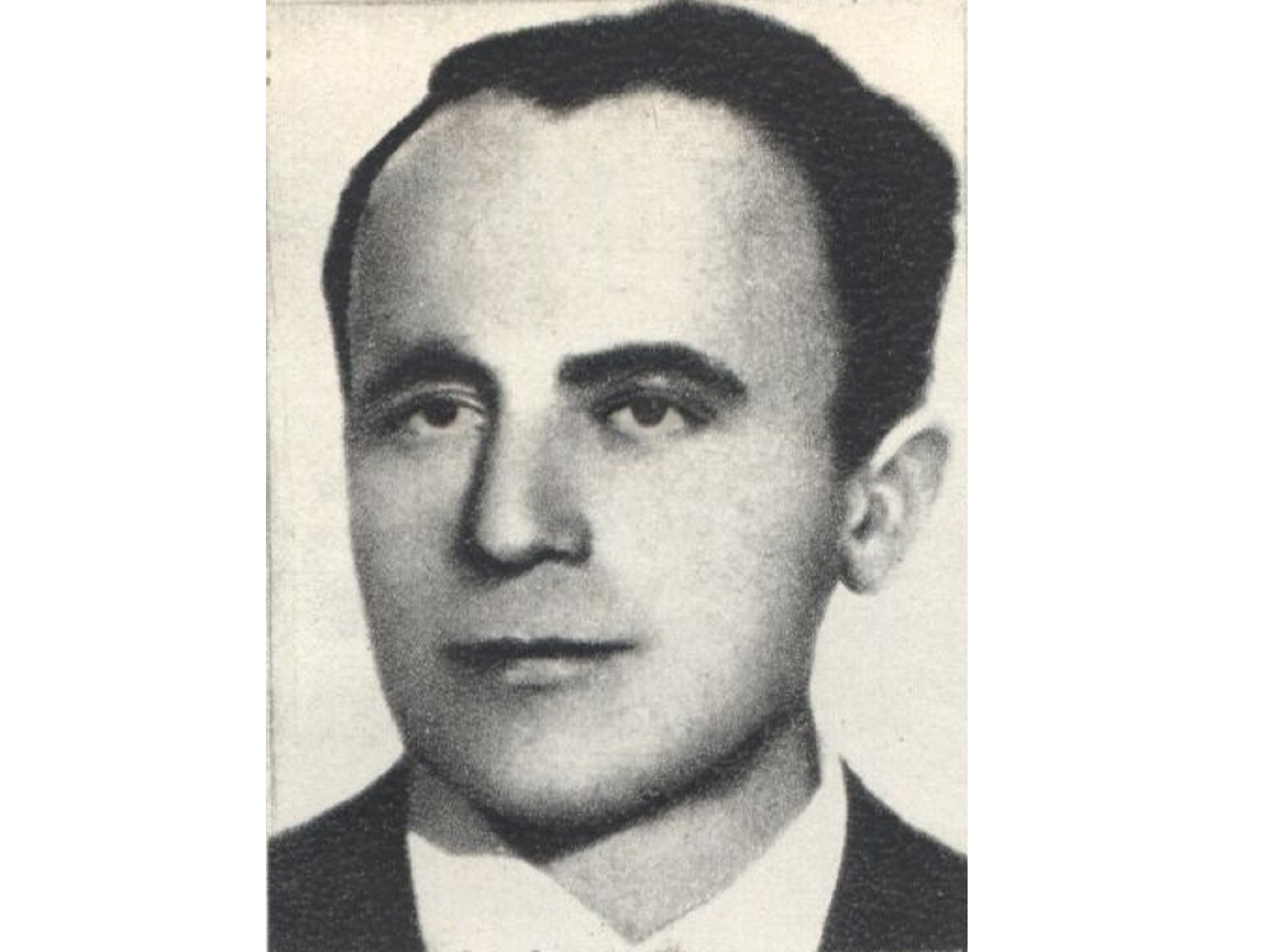 Emanuel Ringelblum is most widely known as creator of the Underground Archive of the Warsaw Ghetto, commonly referred to these days as the Ringelblum Archive. He was a historian, and a social and political activist. A circle of intellectuals he set up under the name of "Oyneg Shabes" grew to become a research institute of sorts, documenting day by day the life and death of Polish Jews.

Emanuel Ringelblum was born on 21 November 1900 in Buczacz in Podolia to a traditional Jewish family. His father was a grain merchant. During the First World War the Ringelblum family had to move to Nowy Sącz, where Emanuel passed his baccalaureate exam. He graduated in history from the University of Warsaw, and in 1927 defended his doctoral thesis written under the supervision of Marceli Handelsman. The thesis was later published as a book titled "Jews in Warsaw. From the earliest times until the last exile in 1527".

Ringelblum worked as a teacher at a gymnasium while continuing his academic research. He co-founded the Jewish Historians’ Club in Warsaw, and later of the Warsaw branch of the YIVO Institute in Vilna. In 1938, he published another monograph titled "Jews in the Kościuszko Uprising".

As a radical leftist, Ringelblum joined the Poale Zion Left political party. He was an advocate of preserving cultural and linguistic distinctiveness of Jews in Poland. His views influenced the ideological stance of the Oyneg Shabes group who chose Yiddish as their “official” language in which most of their texts were written. In the interwar period, Ringelblum participated in the works of the Central Yiddish School Organization, most often referred to by its Yiddish acronym TSYSHO [Tsentrale yidishe shul organizatsye].

In 1938, Ringelblum—acting as part of the Jewish JOINT - provided aid to Polish Jews exiled from Germany and staying at a transit camp in the town of Zbąszyń at the Polish-German border. He heard of the outbreak of WW2 while at the Zionist Congress in Geneva, but he considered it his civil duty to return to Poland. Back in Warsaw, Ringelblum got involved in the operation of the Jewish Social Self-Aid and soon joined its management. He was also a member of the underground Anti-Fascist Committee at the Warsaw Ghetto and he co-created the Jewish Combat Organization.

Ringelblum’s greatest achievement is the creation of the Underground Archive of the Warsaw Ghetto in 1940. The "Oyneg Shabes" [Joy of Shabbat] group regularly produced informational bulletins and reports which were delivered to the authorities of the Polish Underground State. It also launched a research project devoted to the fate of Jews under the Nazi occupation. Ringelblum’s magnum opus was the "Chronicle of the Warsaw Ghetto". In November 1942, following the Great Aktion in the Warsaw ghetto, the "Oyneg Shabes" group delivered its last report titled "The Liquidation of Jewish Warsaw."

During the uprising in the Warsaw Ghetto, Ringelblum was captured by the Germans and sent to a forced labour camp in Trawniki. His escape from the camp was organized by the Jewish underground assisted by the “Żegota” Council to Aid Jews.

The last hideout of Emanuel Ringelblum and his family was the bunker “Krysia” (from “kryjówka”, the Polish for hideout) built by Mieczysław Wolski on the initiative of the Jewish Social Self-Aid. It was a unique place on the map of conspiratorial Warsaw. Underground bunker had the area of 28 square metres, was fitted with a kitchen, running water and bunk beds to house 34 people. The entire Wolski family was involved in looking after people staying in the bunker. While in hiding, Ringelblum didn’t stop to write. It was there that he wrote - with the help of a carbide lamp - his last book titled "Polish-Jewish Relations During the Second World War".

The Germans discovered the hideout at 81 Grójecka Street having been informed by a denouncer. All the Jews, Mieczysław Wolski and two members of his family were taken to the Pawiak prison. Several days later, most likely on 10 March 1944, they were all shot dead among the ruins of the ghetto.

Most of the Ringelblum Archive survived, hidden in 1942 and in 1943. Two boxes were recovered after the war, the third one was never found (some doubt it had ever existed). In 1999, the Underground Archive of the Warsaw Ghetto was entered in the “Memory of the World” list run by UNESCO. In 1997, the Jewish Historical Institute launched a scholarly publication of the Ringelblum Archive. This year, the 36-volume publication is planned to be completed.

The Anniversary of Discovering the Ringelblum Archive

On 18 September 1946, ten metal boxes of the Warsaw ghetto archive were retrieved from the ruins of a building at 68 Nowolipki Street