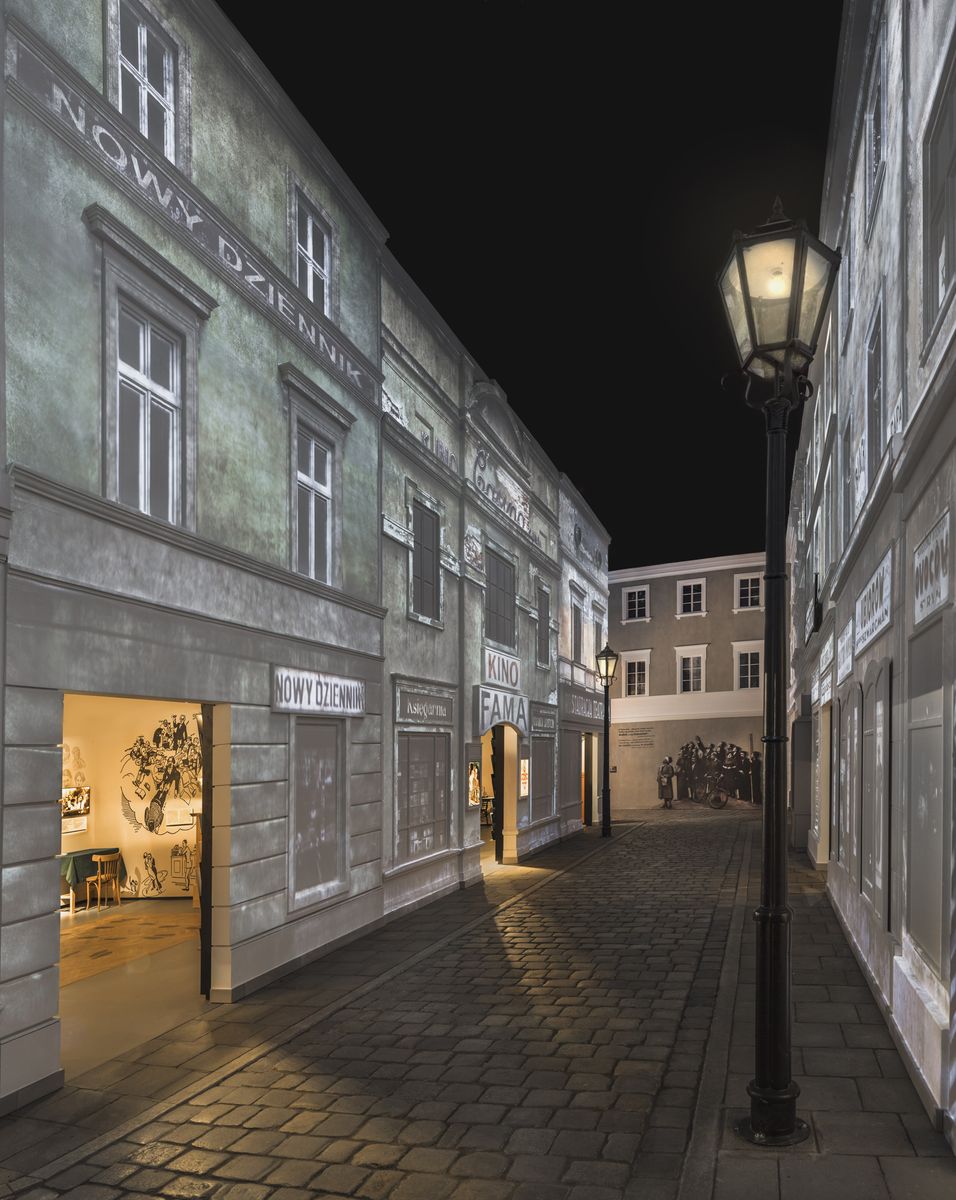 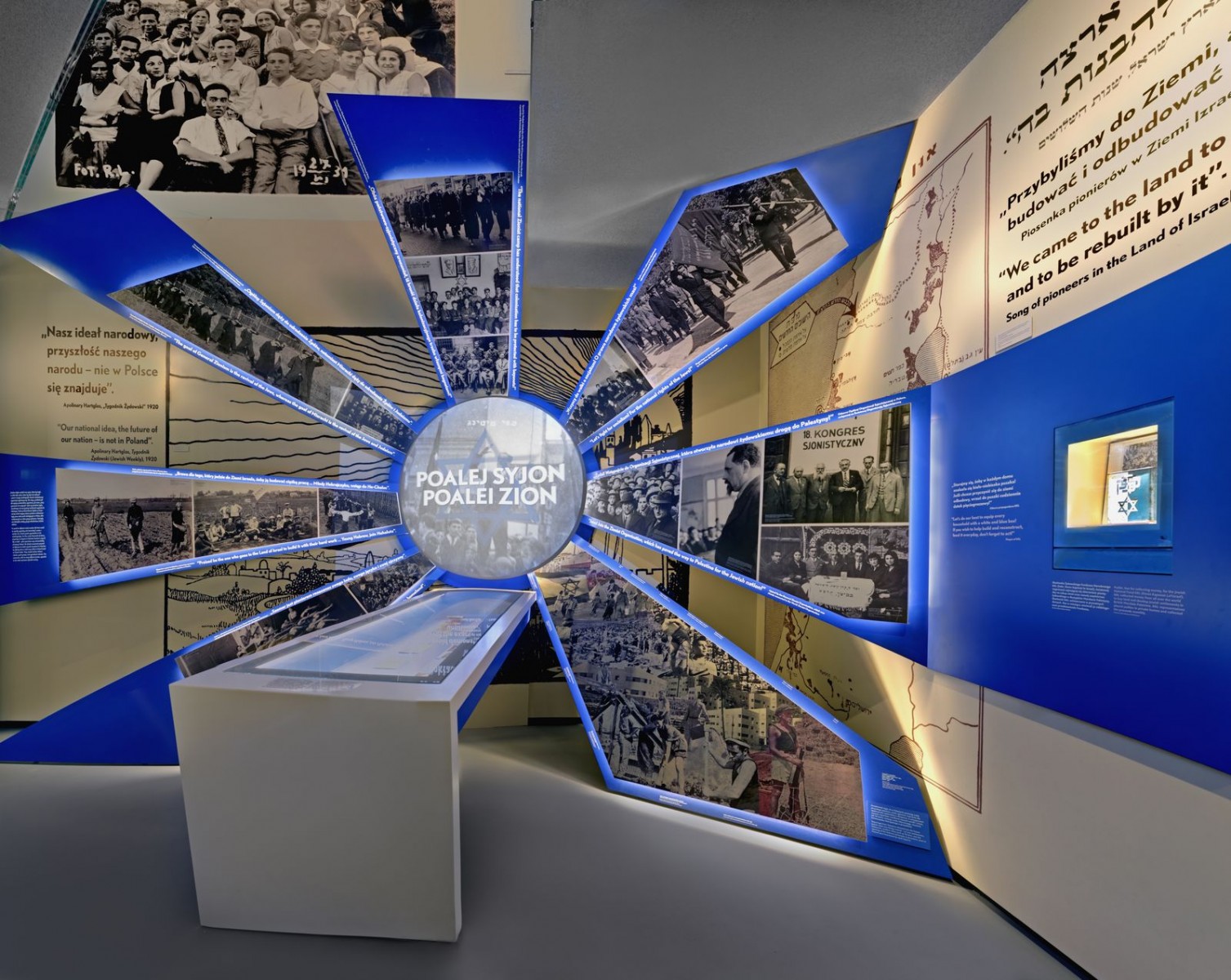 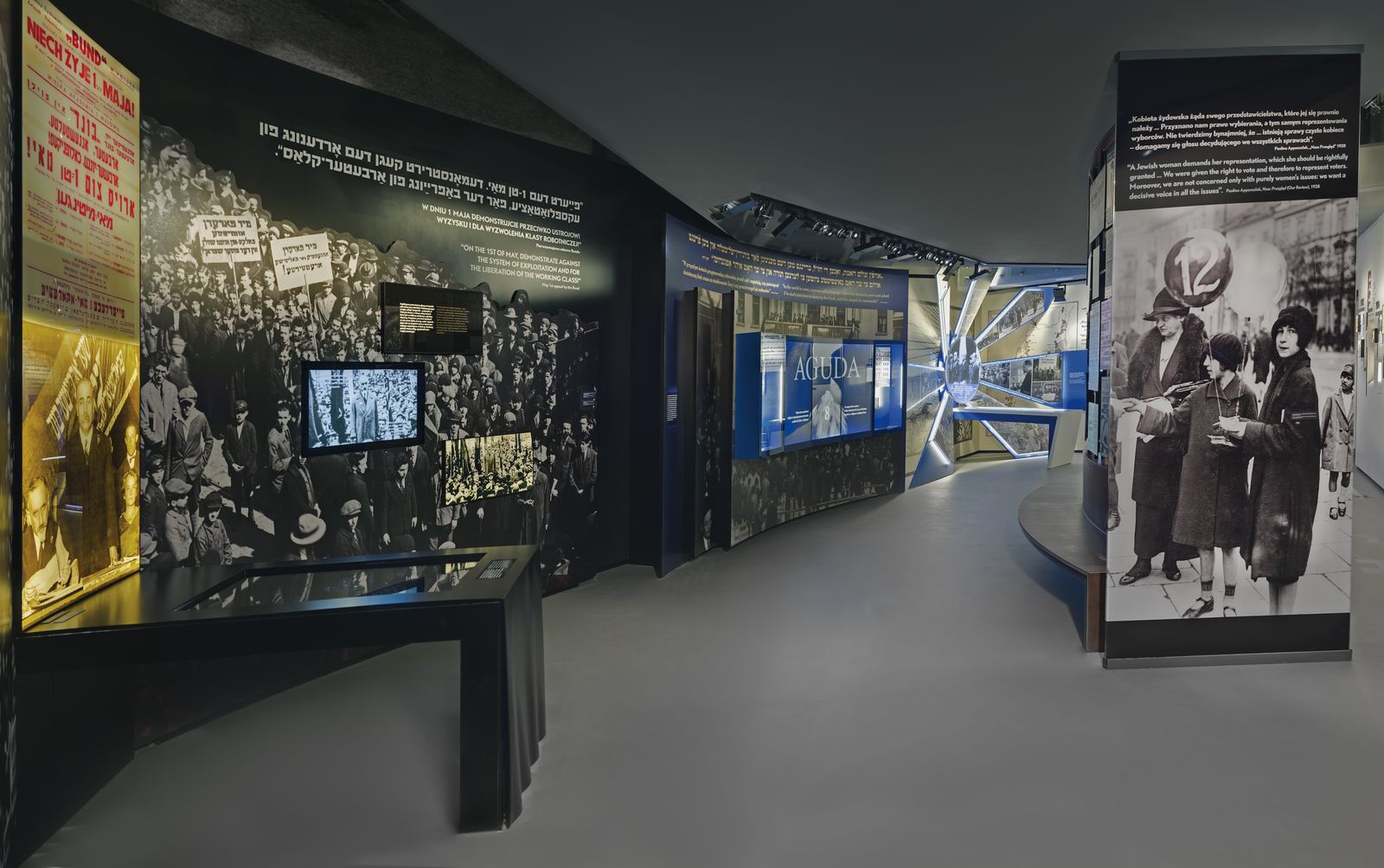 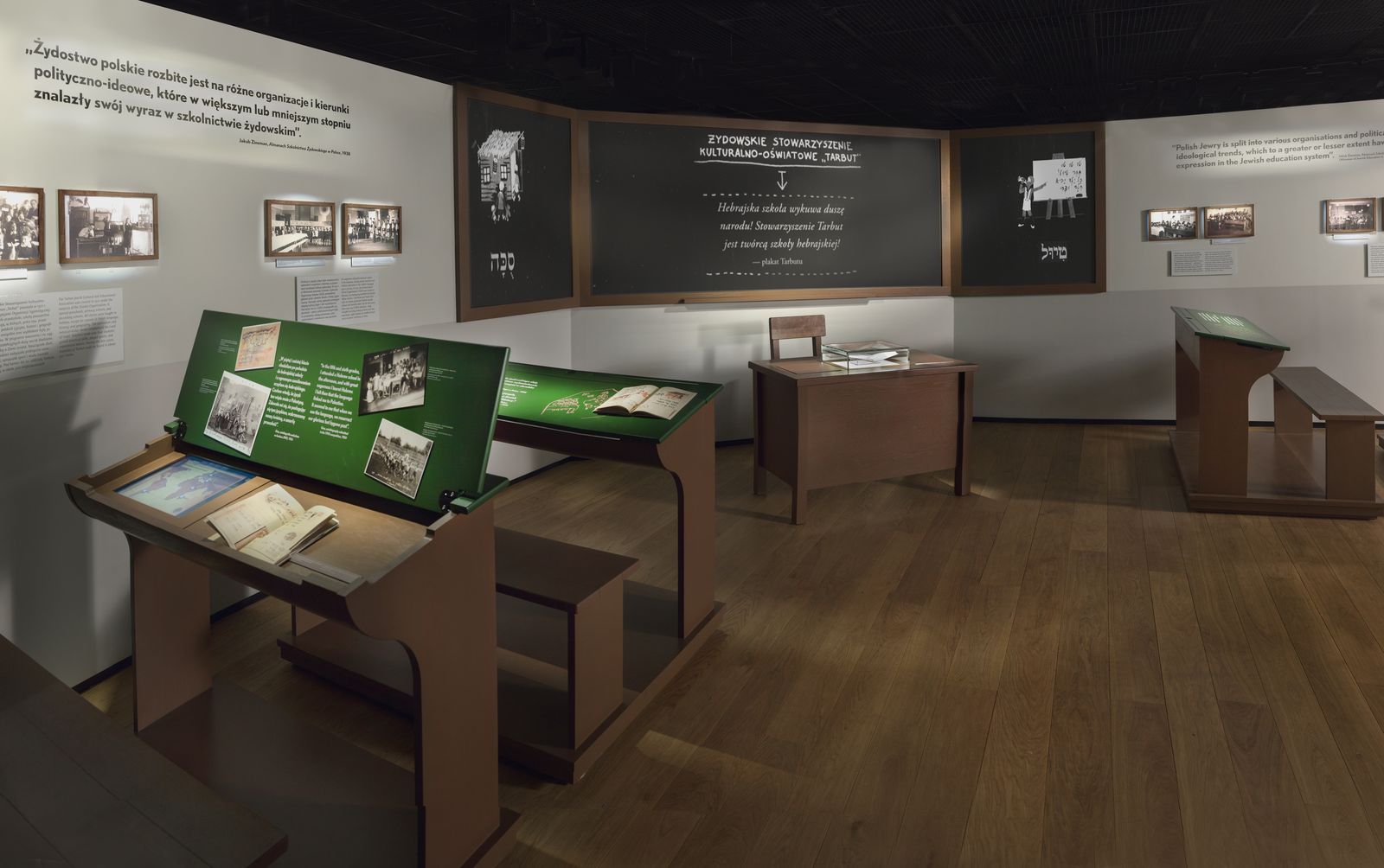 In 1918 Poland regained independence. Jews became citizens with full rights, while remaining a minority that was often discriminated against. Despite various concerns and dilemmas, Jewish political and cultural life was flourishing.

On the eve of the Second World War the Second Republic of Poland was a home for 3.5 million Jews - the largest diaspora in Europe.

Enter one of the gateways and pop in to a pre-war cinema or café, often visited by famous artists.

On The Jewish Street Gallery. Major funding provided by The David Berg Foundation.