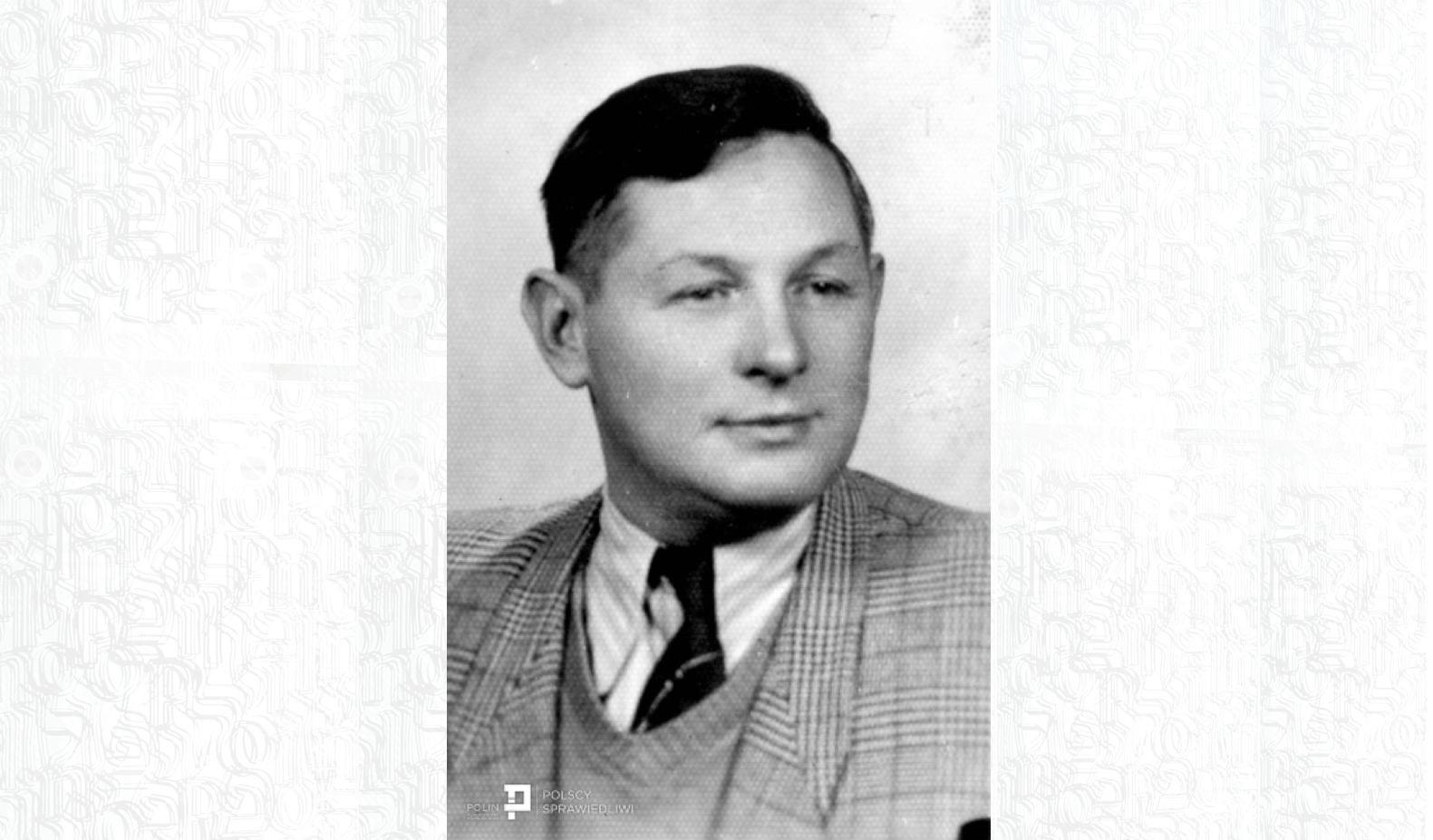 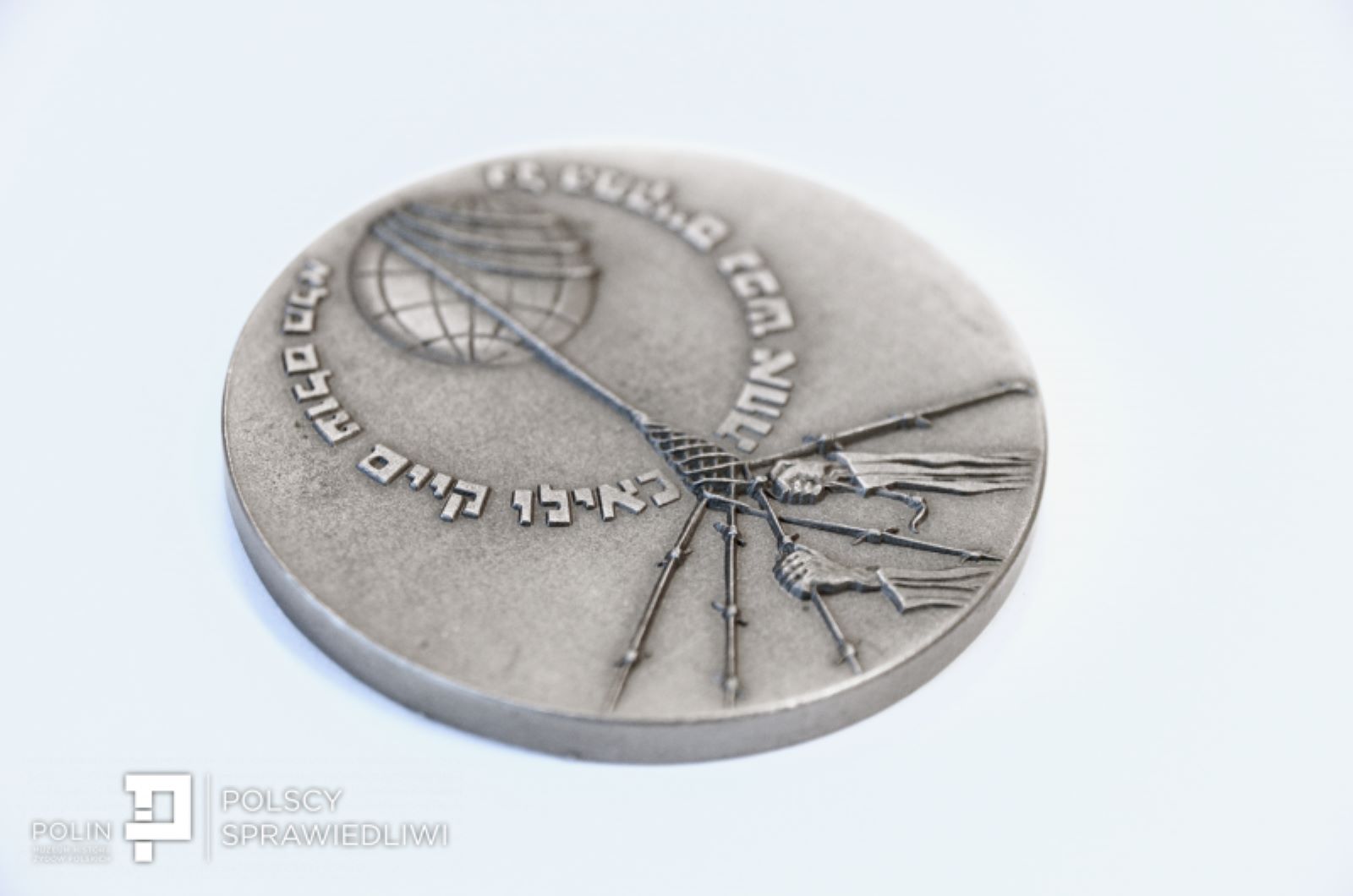 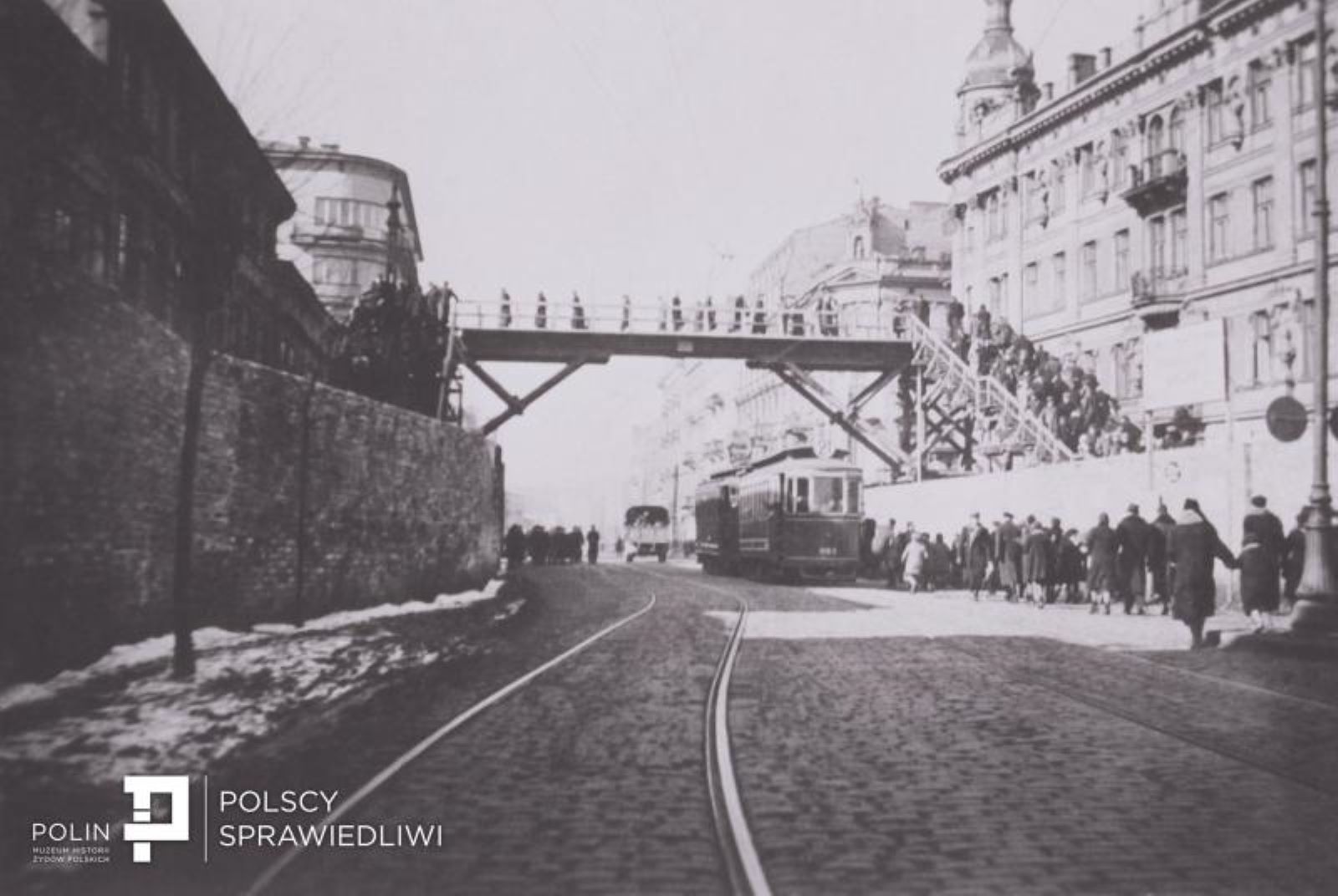 He provided food for friends locked in the Warsaw ghetto, sought shelter for those in hiding on the "Aryan side", organized false documents and work. He helped over twenty people. At the beginning of the underground activity of Stanisław Chmielewski during the German occupation, there was supposed to be a promise made to his beloved partner, Władysław Bergman. At the beginning of the war, Stanisław promised him that he would take care of his mother if necessary.

"During the occupation I was called ‘Good Staś’ [pl. Dobry Staś] or the ‘Angel of Providence’ [pl. Anioł Opatrzności] [...] Being good to people has always been the greatest goal for me, it was a living protest against what war brought, against absolute evil", Stanisław Chmielewski wrote in a post-war report for the Jewish Historical Institute in Warsaw.

The promise. The fate of Stanisław Chmielewski during the German occupation

Stanisław Chmielewski lived in Warsaw. In September 1939, during the defensive war, he left the city at the radio call of Col. Roman Umiastowski, who called for the creation of a new line of defence against the Germans east of the Vistula. Chmielewski first reached Lublin, then Vilnius. He returned to Warsaw at the end of October, bringing with him letters from escapees, which he then passed on to their relatives, Poles and Jews.

In occupied Warsaw, he ran his own business at the Iron Gate Square. The stall served as a contact point:

"In my ‘All-Poland stall’, very inconspicuous in appearance, various people met. Poles and Jews. [...] all those who needed some help or another", he wrote in memoirs.

Already in December 1939, just before Christmas, he took permanent care of Sara Bergmanowa (Stefania Zagórska), the mother of Władysław Bergman. While still in Lublin, he made a promise to the man:

"When I parted with my friend, I asked him to look after my mother if it happened that I would die. Then he replied with a surprised shrug: ‘I don't think there is anything to talk about! Because you too will take care of mine, when the devil takes me too.’ We shook hands, we embraced each other warmly and each of us went our own way of this war, so that we would never meet each other again in our lives", wrote Stanisław Chmielewski.

At the beginning of 1940, he met other Jews, among others, friends and acquaintances of Sara Bergmanowa, to whom he soon began to provide occasional or permanent help. His mother supported him in these activities:

"[...] she had to be initiated into my activities. In a calm and honest way, I explained to her what I was doing and made her realize that my action to help vulnerable people was, without a doubt, unsafe, neither for my mother nor for me. [...] I pointed to the old Mrs. Bergman who was sleeping peacefully in the next room. – She's my friend's mother. Could I have left her to a cruel fate? And there are many such mothers, mother! And my mother understood [that]."

The guardian. Stanisław Chmielewski's help for Jews during the Holocaust

After the creation of the Warsaw ghetto in November 1940, Stanisław helped his friends there, providing them mainly with food. For people who decided to hide on the "Aryan side", he arranged false identity documents, organized work and sought shelters.

"With the separation of the ghetto from the city, visiting my friends became more difficult and dangerous every day, and therefore not as frequent as before. We chose the building of the Courts in Leszno as the place of our meetings. Since then, twice a week, on Tuesdays and Thursdays, we met in the long corridors, woven into a crowd of people waiting for designated matters", recalled Stanisław Chmielewski.

According to post-war reports, he helped over twenty people. Among them were professor Leon Plocker with his wife Ewa, Bela Glikson, Mieczysław Goldsztajn, the Kenigsztajn and Rundsztajn families, as well as Alina Lewinson with two daughters – Zofia and Janina (later a writer and wife of Professor Zygmunt Bauman, a sociologist and philosopher) and the girls' aunt (Alina's cousin).

Chmielewski met Mrs. Lewinson and her aunt at his friend, Andrzej Szawernowski, who arranged “Aryan papers” for his charges. "The story of Staś Chmielewski began for me just then – at the Szawernowski family home on Marszałkowska Street" – Janina Bauman recalled in an interview for the USC Shoah Foundation:

"Staś [...] was a young man. He was probably thirty-one or so then – handsome – whom we hadn't known before, who was a friend of some of my second-line uncle. I did not understand this story at all. It wasn't until later that I understood what it was about, because I wasn't ready to understand such things yet.

This Staś loved my uncle, who was much older than him. Uncle went to the front and died near Tobruk. But his sister and his mother stayed behind and Staś took care of them. And when he took care of them, he took care of us as well. For the love of Władek. But how did he go about it? Yes completely, utterly selflessly."

Janina Bauman mentioned Stanisław at every possible opportunity. She wrote directly about his love for Władysław, did not hide their homosexual orientation.

Stanisław was one of the last people to help the Bauman family before their departure from Poland as a result of the anti-Semitic campaign of March 1968:

"Among the people who visited us [Zygmunt and Janina and their three daughters – ed.] Was Staś Chmielewski, my guardian from the occupation. For many years I had no contact with him. Now he has appeared again, ready – as he used to – to help us in a difficult situation."

The love. A forgotten queer history

"I have known Mr. Stanisław Chmielewski for many years as a decent and honest man. During the Nazi occupation I learned about the advantages of his character, high moral level and civil courage", Professor Leon Plocker wrote in a statement to the Jewish Historical Institute in 1961.

After the war, Chmielewski applied for veteran rights of the Union of Fighters for Freedom and Democracy:

"Most Renowned Comrade! I am asking you about citizen Stanisław Chmielewski. [...] I would like to pose the question basically: is this activity – the continuous saving of the lives of 24 Polish citizens and two more Russians, fugitives from a POW camp – not part of the term resistance?", asked Bernard Mark, director of the Jewish Historical Institute, in a letter to the Main Board of the ZBoWiD.

Chmielewski was not granted the license, but in the course of the proceedings conducted in the 1960s, many Jewish survivors testified to his underground activity:

"[…] He took care of me, my mother and extended family from the first moment of the occupation in 1939”, testified further Professor Plocker. “Tit is difficult to express in words how much he did for all of us, especially for me and my mother, to whom he referred to as the best, most tender son."

The impulse for helping Jews were for Chmielewski his feelings and promises made to his partner, but from the beginning of the German occupation he tried to support others. With time, he created a whole underground network in occupied Warsaw, which also included non-heteronormative people – pre-war friends. Among them was the aforementioned Andrzej Szawernowski. After the war, Chmielewski wrote in his report that Andrzej had emigrated to Sweden. He did not add that the old friend had lived in Eskilstuna with his partner for several decades. Their homosexual relationship was no secret. Szawernowski died in 1981.

During the war, Chmielewski could feel threatened not only because of helping Jews. Pursuant to the occupant's law, suspicion of intimate relationships among men, also of Polish origin, resulted in an investigation and trial under sections 175 or 175a of the German Penal Code. In criminal cases against men considered homosexual, pre-war Polish police documentation was also used, including the "Index of suspects" kept by the Warsaw Women's Police Department. Non-heteronormative men were described there as "pederasts". Chmielewski's name is not on the list, but Władysław Bergman's personal details do appear there.

The history of Chmielewski and Bergman remains practically unknown to this day, and the accounts of their lives are incomplete. So far, few have been interested in the story of a homosexual Pole who selflessly saved Jews as part of a promise made to his beloved. Perhaps – as with other queer stories from the war period – it was simply a radical concealment of the "different" potential encoded in the story. The time has finally come to recover Chmielewski's biography.

Władysław Bergman died on 12 August 1945, most likely as a result of his injuries. He was buried at the British War Cemetery Heliopolis in Cairo, but he was also commemorated with an inscription on the grave of his mother Stefania (Sarah), who died on 1 July 1954 in Warsaw. The tombstone monument in Stare Powązki cemetery was funded by Stanisław Chmielewski. He placed a dedication on it: "To my dear friends – Staś".

On 10 February 1983, the Yad Vashem Institute in Jerusalem honored Stanisław Chmielewski with the title of Righteous Among the Nations. He died a few years later.