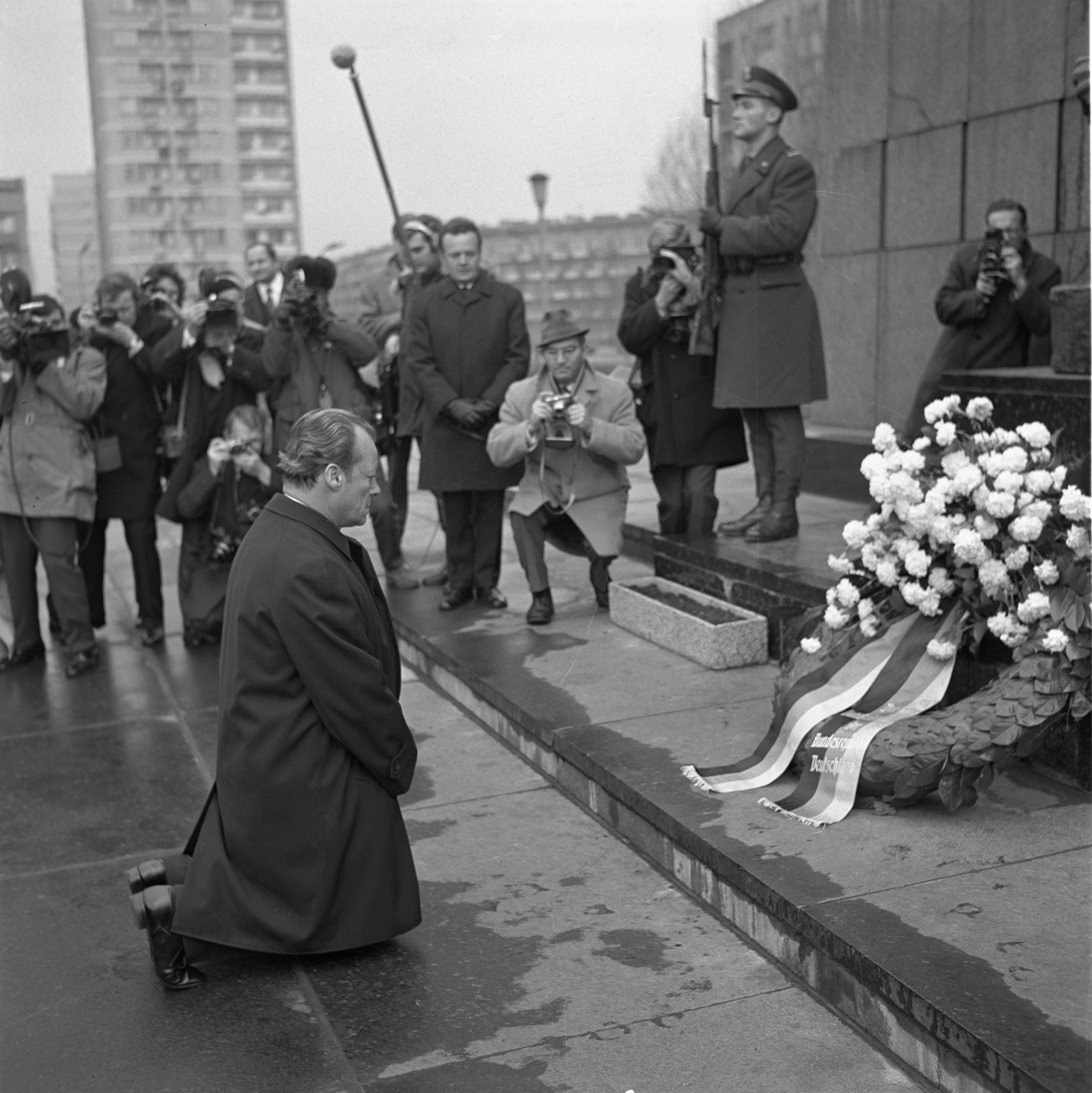 On 7 December 1970 Willy Brandt, a German Chancellor, made a symbolic gesture - he knelt in front of the Monument to the Warsaw Ghetto Heroes in Warsaw and paid his tribute to the victims of the Holocaust. On the 50th anniversary of this historical event POLIN Museum of the History of Polish Jews invites to a debate on Monday 7th of December attended by special guests—Marian Turski, Chair of the POLIN Museum Council, and the Ambassador of the Federal Republic of Germany to Poland, Dr. Arndt Freytag von Loringhoven.

The debate will be hosted by Adam Szostkiewicz. The debate titled Memory and awareness of the holocaust in contemporary world will be streamed online at 6PM CET at the POLIN Museum Facebook profile in English with Polish translation.