Lectures, discussions and workshops of PASS 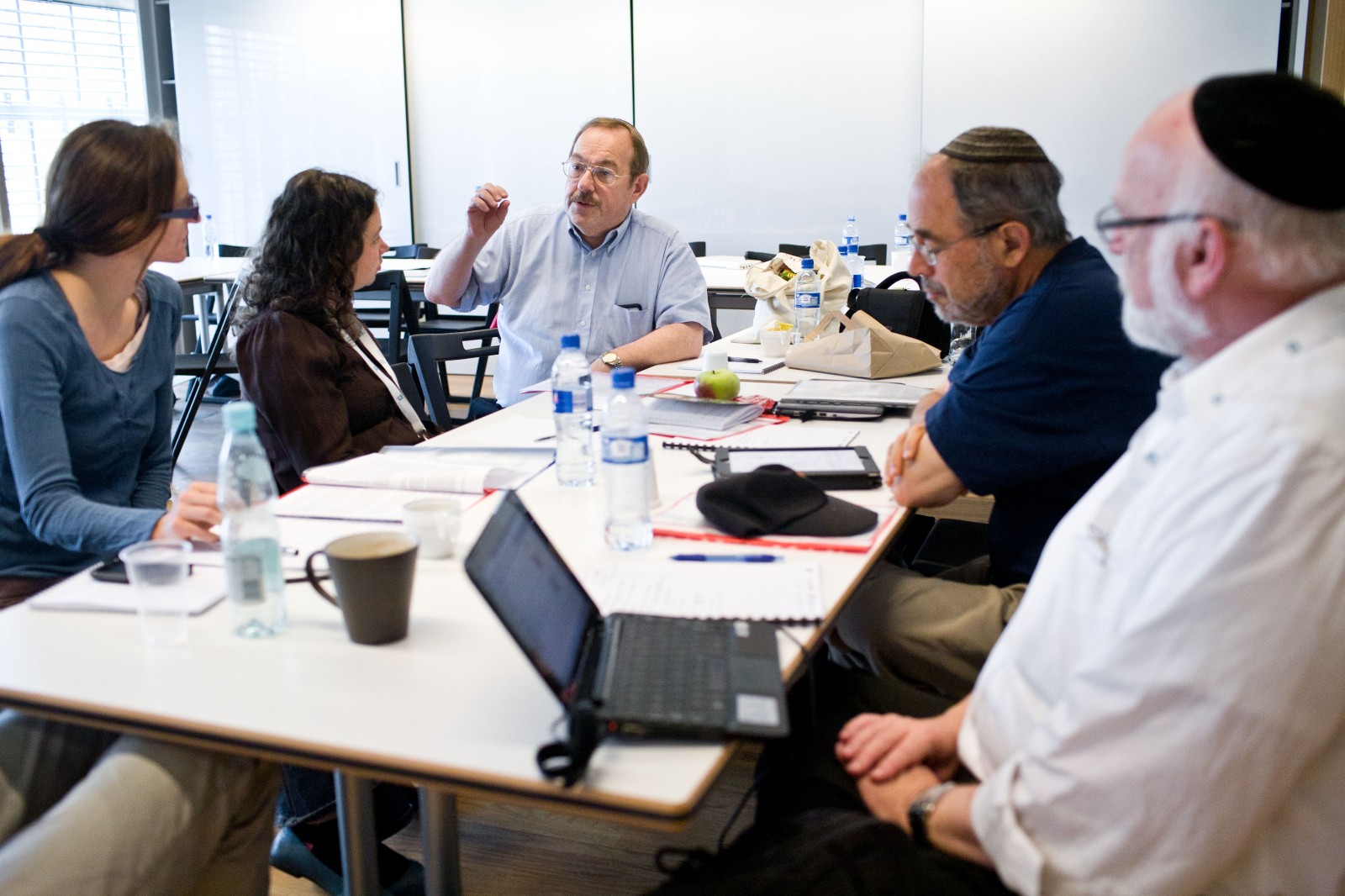 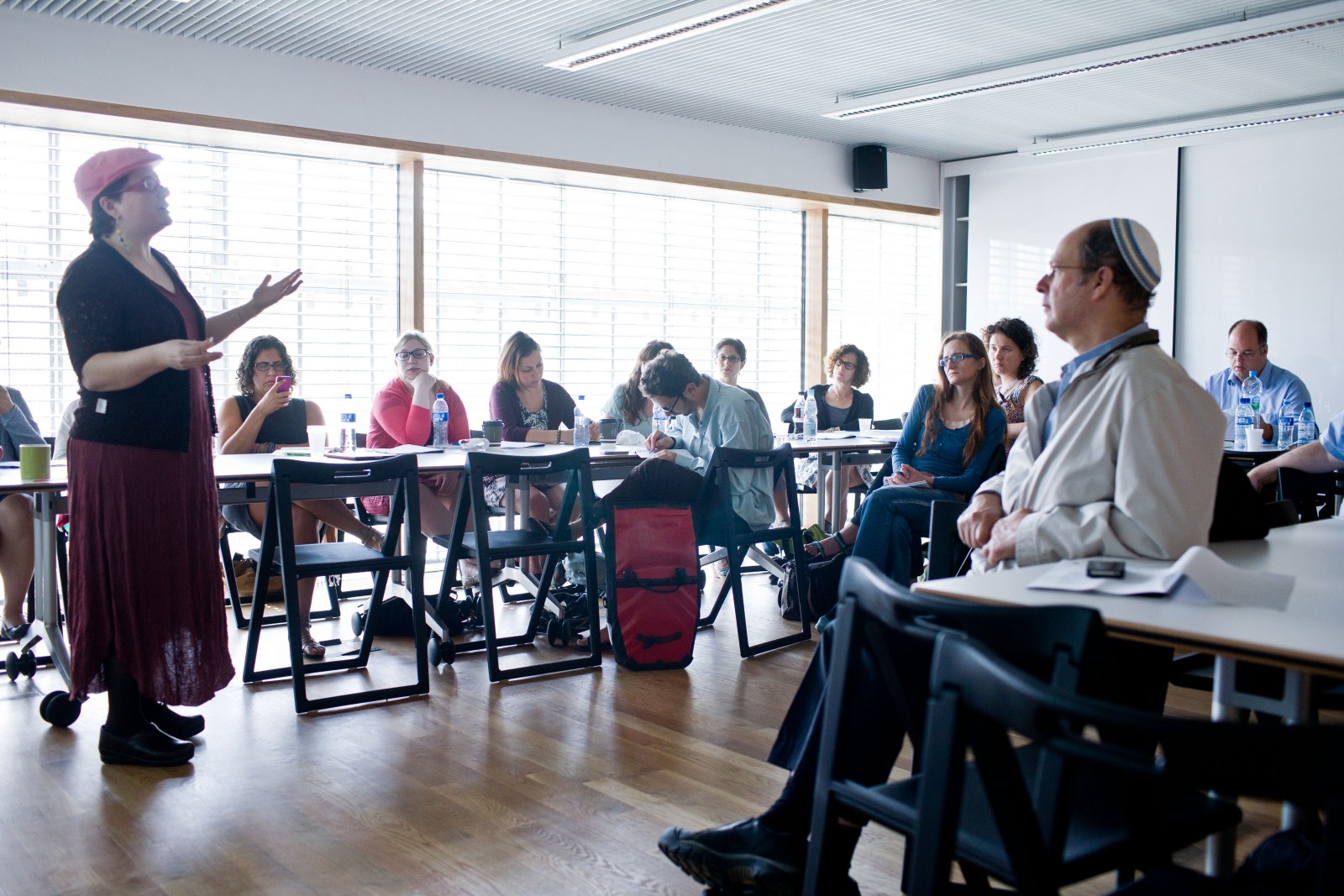 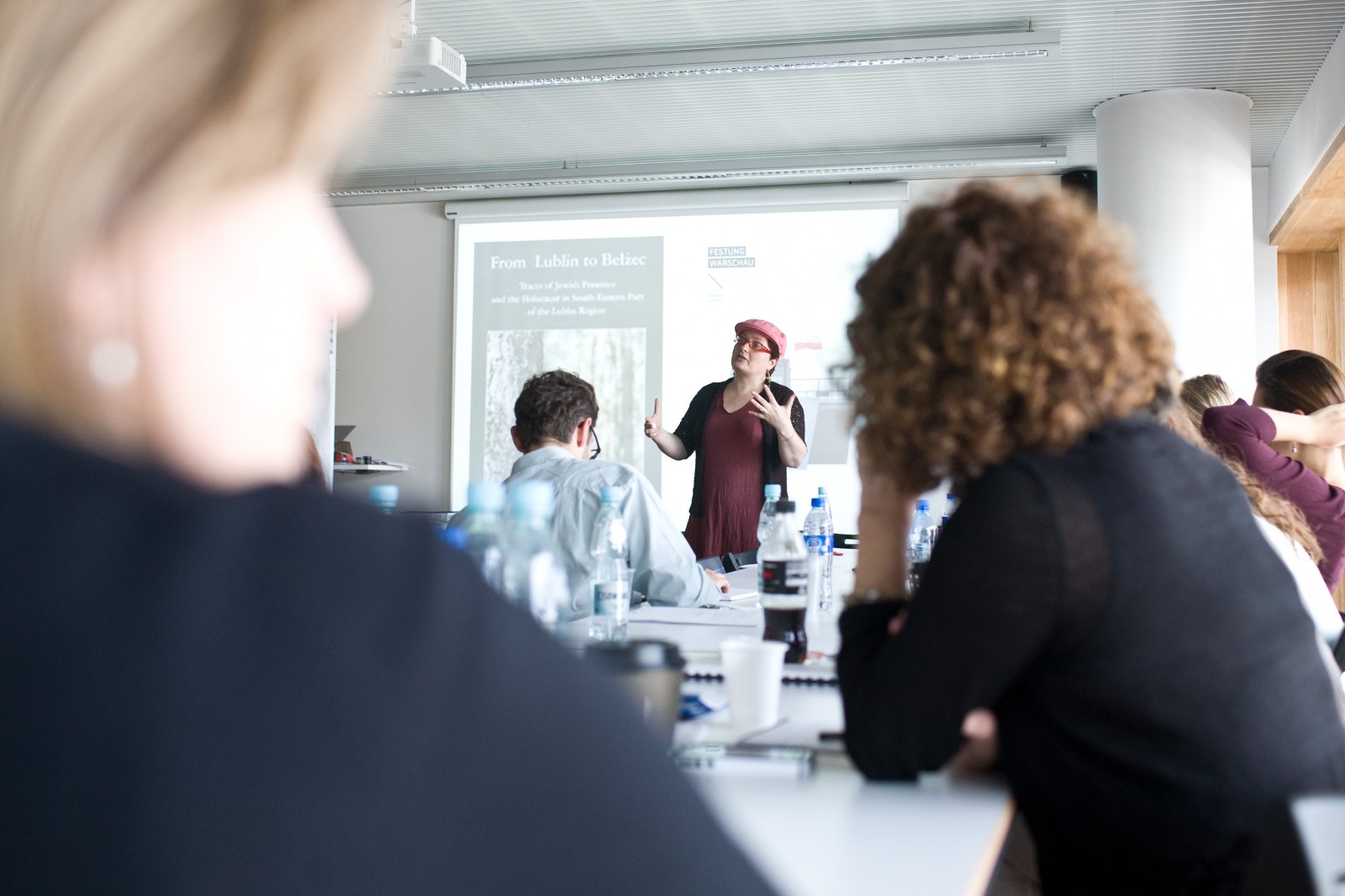 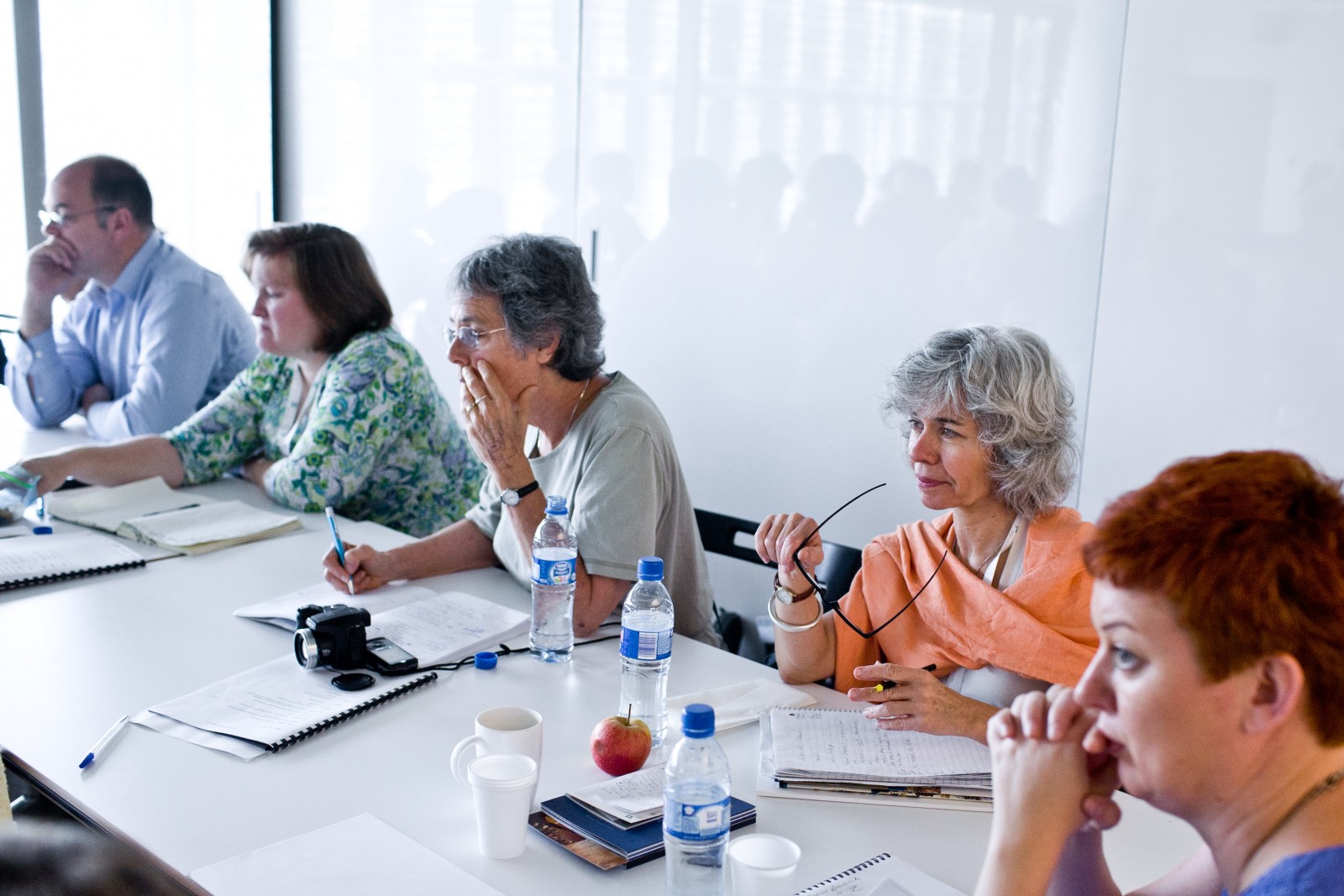 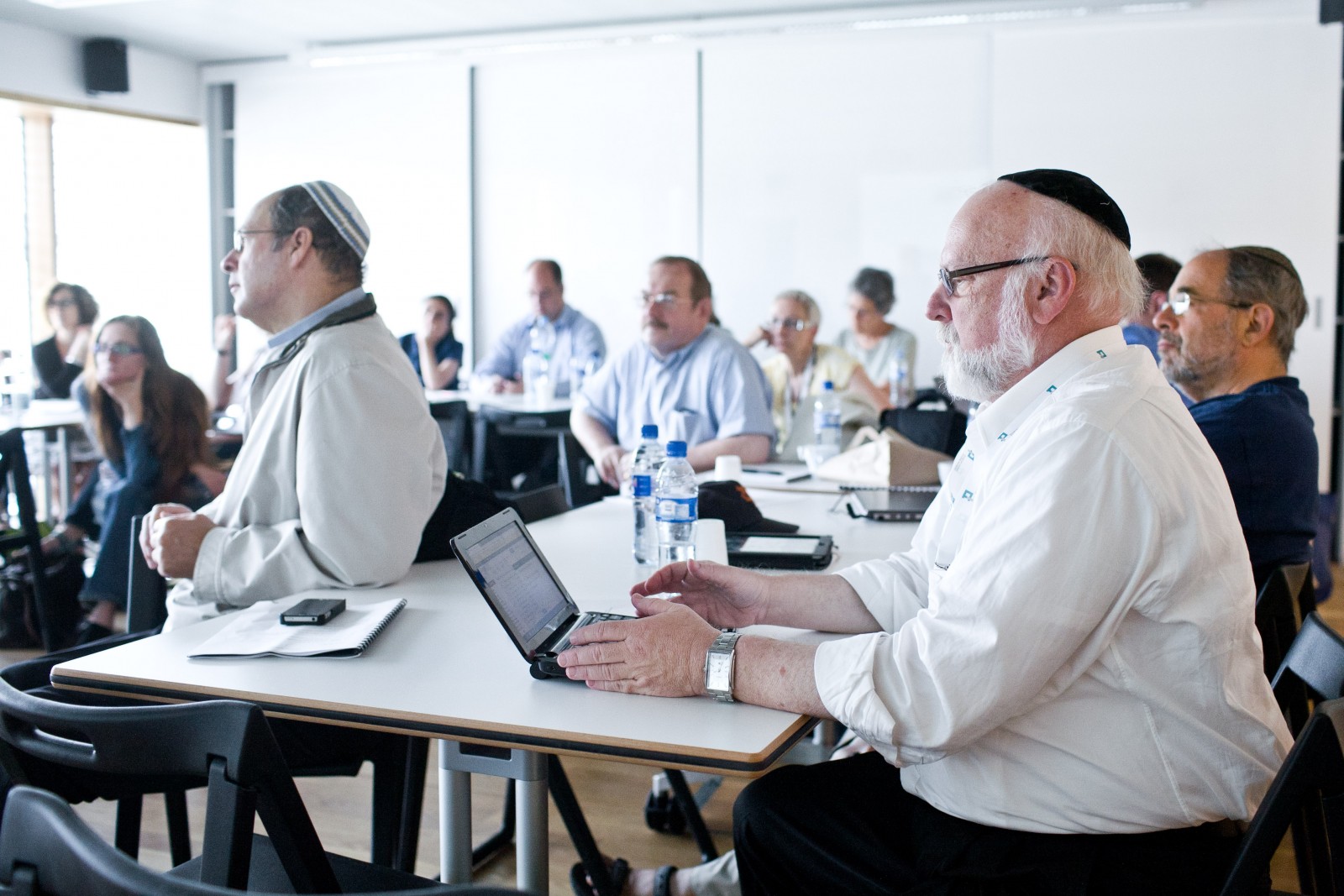 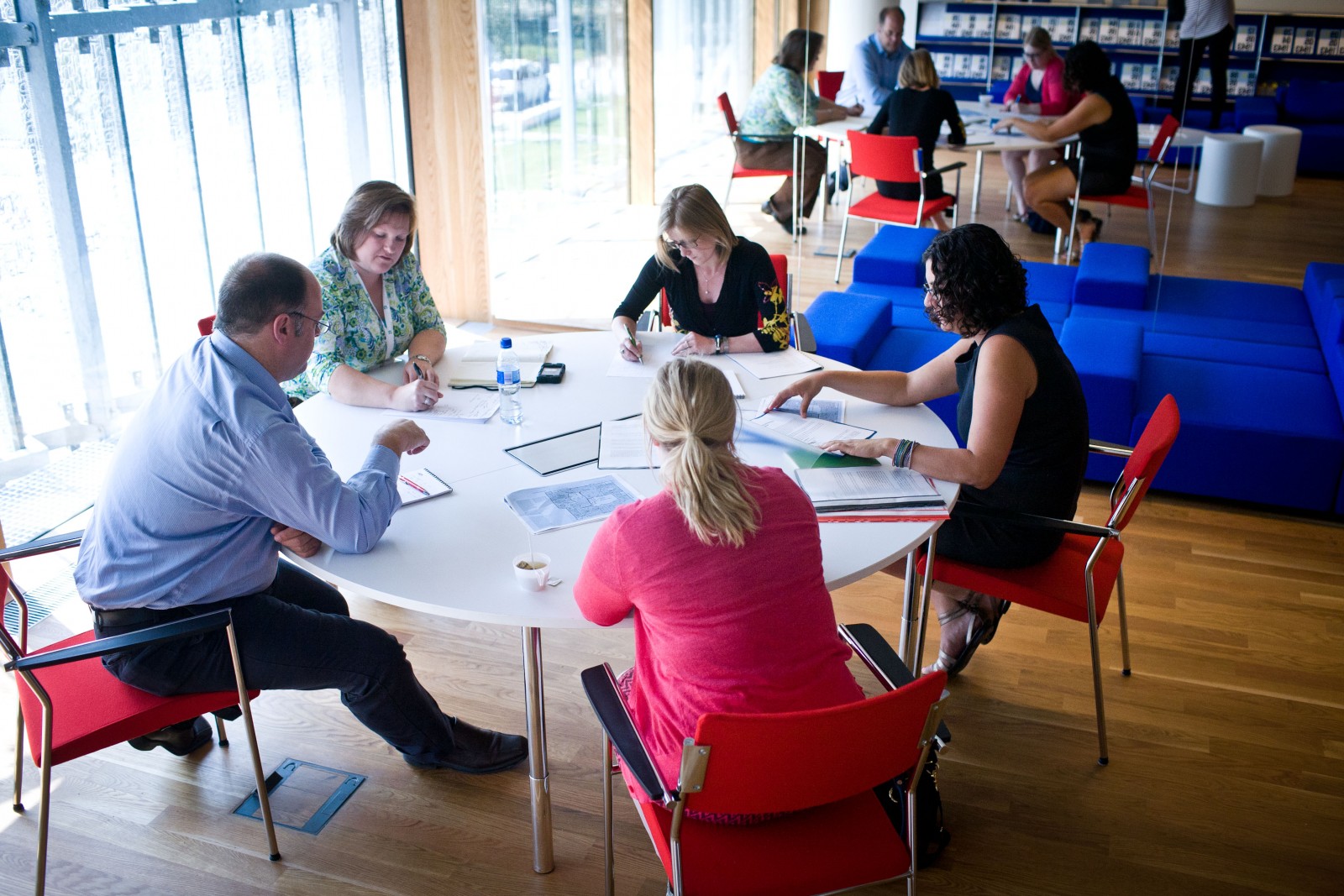 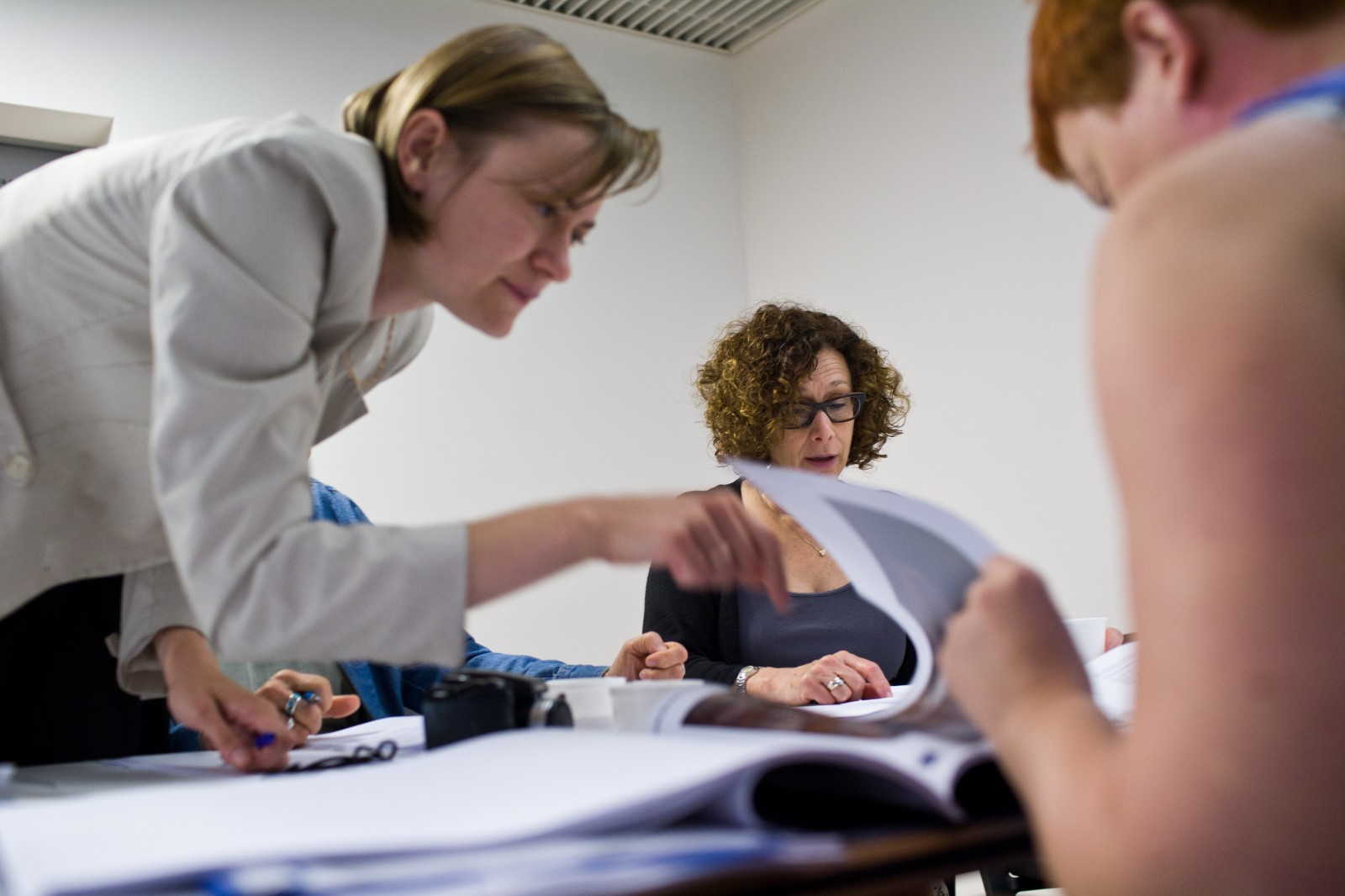 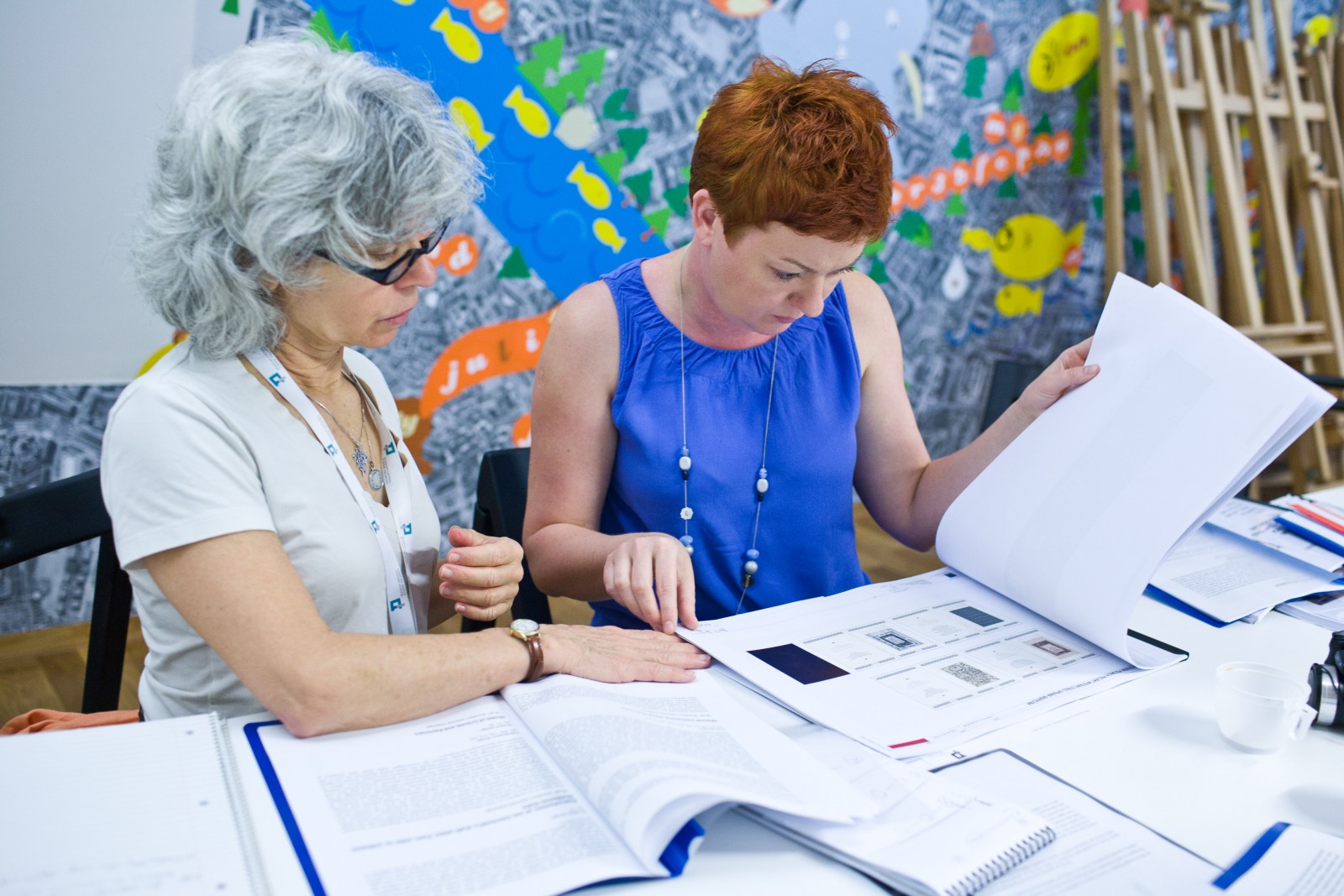 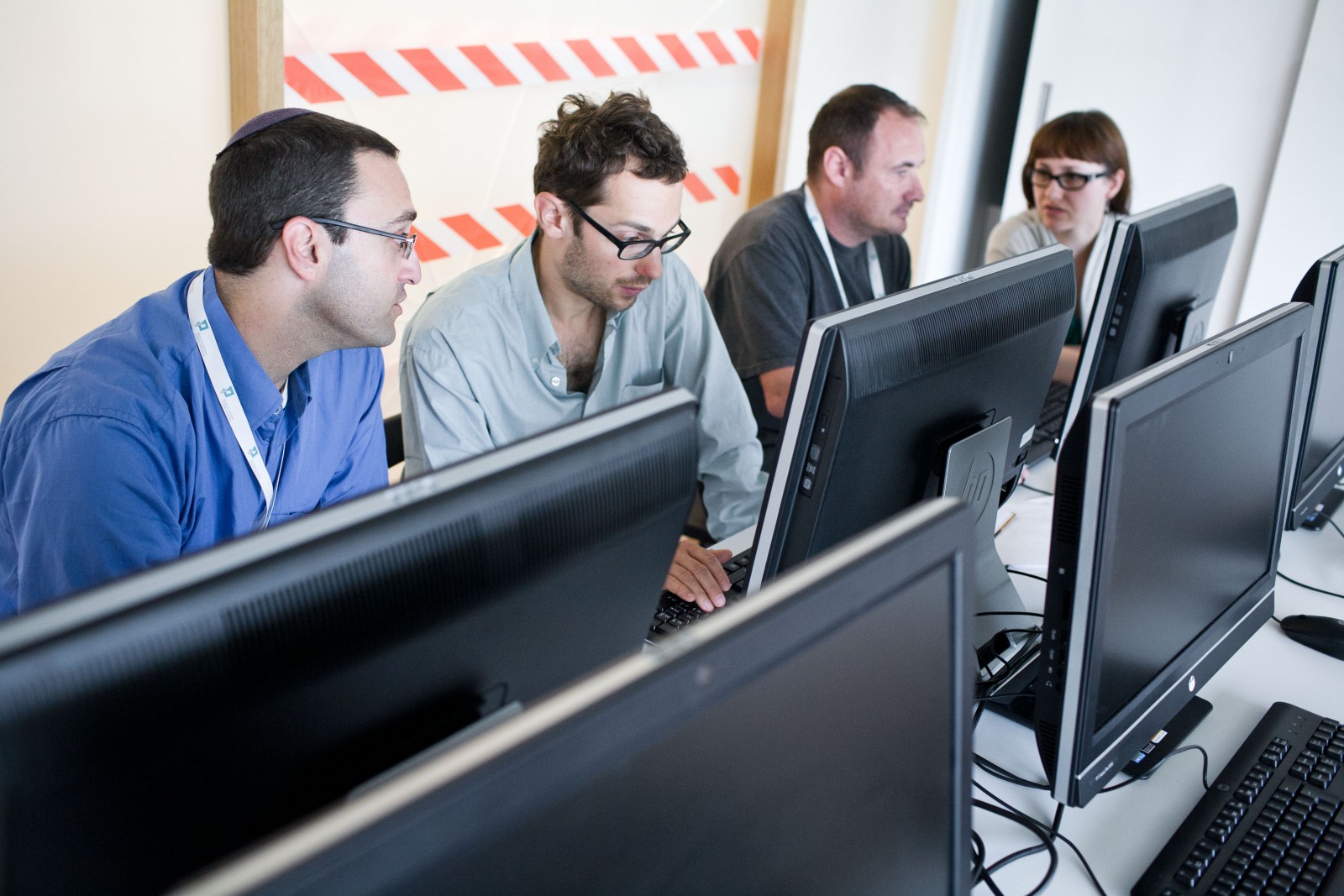 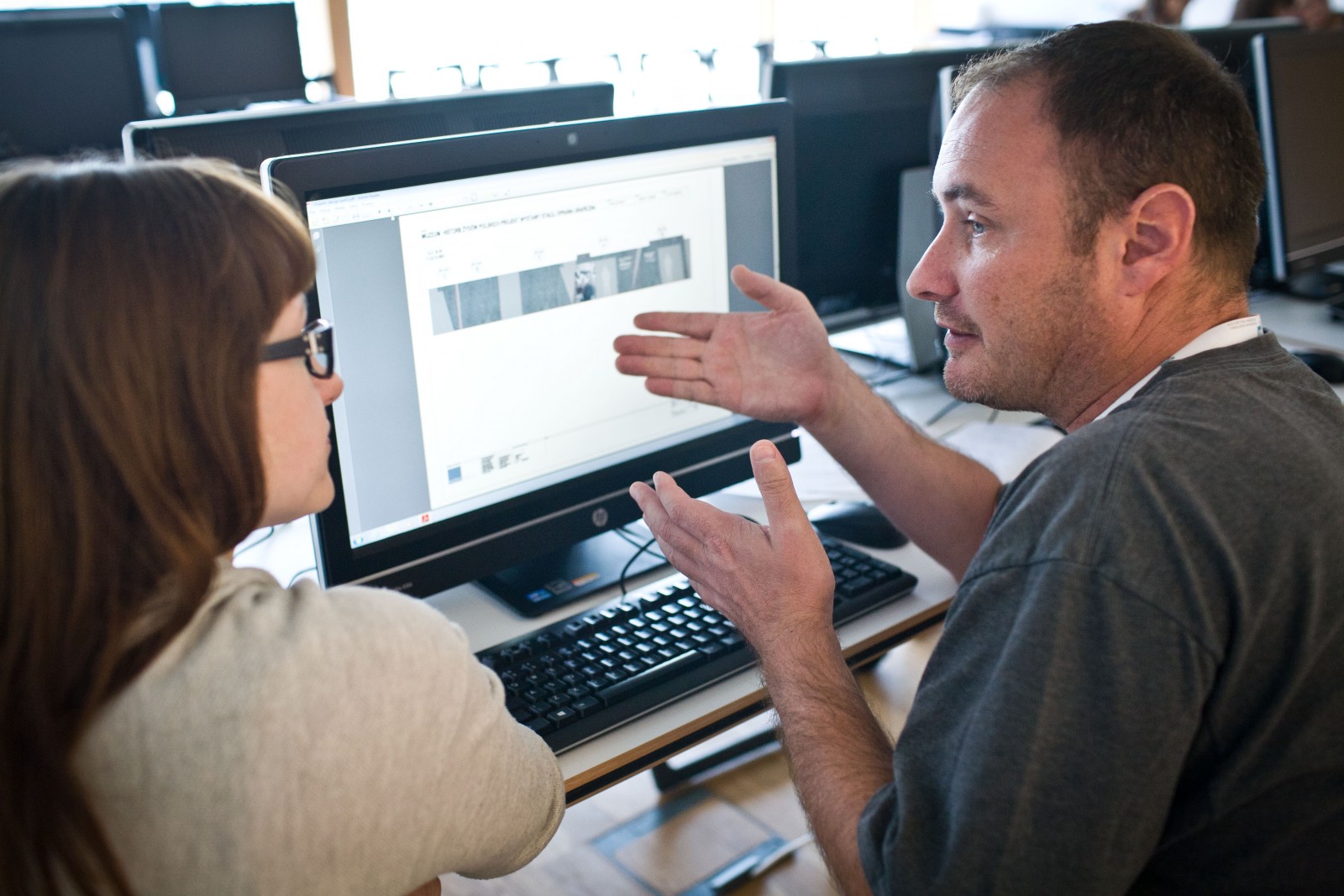 The first edition of the Polin Academy Summer Seminar (PASS) took place at the Museum of the History of Polish Jews from July 21 through 28, 2013. Twenty-two educators from Canada and the United States and seven educators from Poland attended lectures and took part in panel discussions and workshops. The chief aim of the project was to introduce North American educators to the subjects treated in the Museum’s Core Exhibition, and to develop guided tours for groups from North America that will visit the Museum in the future.

Historical lectures introduced the themes touched on in the narrative of the Museum’s Core Exhibition. Prof. Hanna Zaremska presented the beginnings of Jewish settlement in Poland, and Dr. Hanna Węgrzynek talked about Jewish life in the Polish-Lithuanian Commonwealth. Prof. Michał Galas discussed the complex dynamics and transformations within the nineteenth-century Jewish community in each of the three partitions. Dr. Annamaria Orla-Bukowska meantime related the main socio-cultural factors impacting the Jewish community during the interwar period.

A lecture by Prof. Barbara Kirshenblatt-Gimblett, Program Director of the Core Exhibition, as well as workshops and discussions with the coordinators of the seven galleries included in it, gave the PASS participants a better understanding of how the whole conception had evolved, and of the spatial and visual solutions employed to convey the historical narrative.

In the course of workshops moderated by Dr. Kamila Dąbrowska, Monika Koszyńska and Katarzyna Kulińska the educators analyzed visual and historical materials from the Core Exhibition. The aim of the workshops was to prepare guided tours for select groups of visitors from North America. The educators proposed touring schemes for Jewish youth groups, high school students, yeshiva students, university students and adult groups. They moreover indicated which content was of particular importance and should be emphasized when working with American and Canadian visitors.

Workshops on oral history (led by Dr. Dobrohna Kałwa, Dr. Kamila Dąbrowska and Monika Koszyńska) provided opportunity to discuss ways in which witness accounts could be used. Presenters and participants shared their observations regarding methods of employing oral histories, both within the museum and in education.

The PASS participants were also invited to the residence of the Canadian Ambassador in Poland, Her Excellency Alexandra Bugailiskis. In her welcome speech, the ambassador stressed the importance of international education projects. She also pointed to the special significance of the Museum of the History of Polish Jews for building attitudes of tolerance and mutual understanding.

A panel discussion on contemporary Jewish life in Poland was judged as a particularly important component of the seminar by the educators. The memories and opinions of Bella Szwarcman-Czarnota, Helise Lieberman and Piotr Kowalik sparked a lively discussion about the role of education in building Jewish identity, the significance of religion and the changes that have occurred in Poland since the fall of communism.

A screening of “Pokłosie” (Consequences) and a meeting with the film’s director, Dariusz Jabłoński, as well as historian Dr. Krzysztof Persak and a Righteous Among the Nations, Czesława Żak, became important starting points for reflection and discussions on contemporary Polish-Jewish relations.

The participants of the first edition of PASS completed the seminar with great satisfaction. Many of them repeatedly stressed the importance of the project’s educational message. They were particularly glad of the opportunity to work together and to share their knowledge and experience. All were eager and impatient to return to the Museum with the groups they work with on a daily basis. They also proposed that a PASS reunion be organized once the Core Exhibition is launched and the Museum open to full capacity.

What do the participants themselves have to say about the program?

Professionally, I was particularly impressed by the sophisticated knowledge of the Polish scholars who identified the content to be included in the 8 galleries of the Core Exhibition.
Clearly, the new Museum is intended to counteract and contradict the widespread stereotypical image of Poland as a place of persecution, oppression and annihilation of millions of Jews. The emphasis on telling the story of the remarkable thousand years of Jewish life in Poland is intended to transform the image of Polish Jewish history among American and Israeli Jews. Whether and how much the new Mu-seum will ultimately succeed remains to be seen, for visitors to Poland will still focus significant attention on the sites associated with the Holocaust. Nevertheless, it is a valiant effort that must be made as Polish and Jewish scholars and teachers join in the effort to rebuild knowledge of past Polish Jewish life while building a future that does not leave past light completely obscured by the shadows of Holocaust destruction and Communist oppression.
– Prof. Robert Moses Shapiro, Brooklyn College of the City University of New York

We gained a deeper appreciation both of the richness and complexity of a thousand years of Polish Jewish history and of the challenges and opportunities faced by  contemporary Polish Jewry. The Museum will surely emerge as a major force in spreading this knowledge and understanding to the contemporary general and Jewish  Polish community as well as to the tens of thousands of Jewish students who will be visiting it from abroad
– dr Joel B. Wolowelsky, Yeshivah of Flatbush, Brooklyn, New York

On a personal level, this program connected me to my Polish Jewish ancestry and made the immediate past, my father's home and history, a direct connection. Through the program and the non-stop Museum guided learning about the History of the Jews of Poland, I realized the rich and intricate intertwining of Jewish life within the greater Polish historical landscape. On a professional level, I have already begun to amend some of my Holocaust, World History and other Jewish History teaching to include the dramatic impact of the growth and actions of Polish Jewry and its close, but separate, interactions with the Jewish Communities of Poland from the 12th centuries forward. This is a most incredible situation. With the 8 different presentation areas of the Museum's permanent exhibit, it will teach, inform, and describe a new and exciting interaction for all Poles, Jews and others to see and understand. The con-nection between the Jews and Poles has been intertwined since Kazimierz the Great. Examining that relationship will surely lead to a new and intimate understanding of the present relationship of Poles, Jews and those who are only now finding out their roots.
I further believe that that Museum, when it is fully operational, will be a true and necessary anchor for all Jewish groups and visitors coming to Warsaw to visit. It will be an amazing addition to learning about the past.
– Rabbi Yisroel Blumenstein, Ed.D., Heed University