An Exhibition Filled with History .... and Contemporary Art 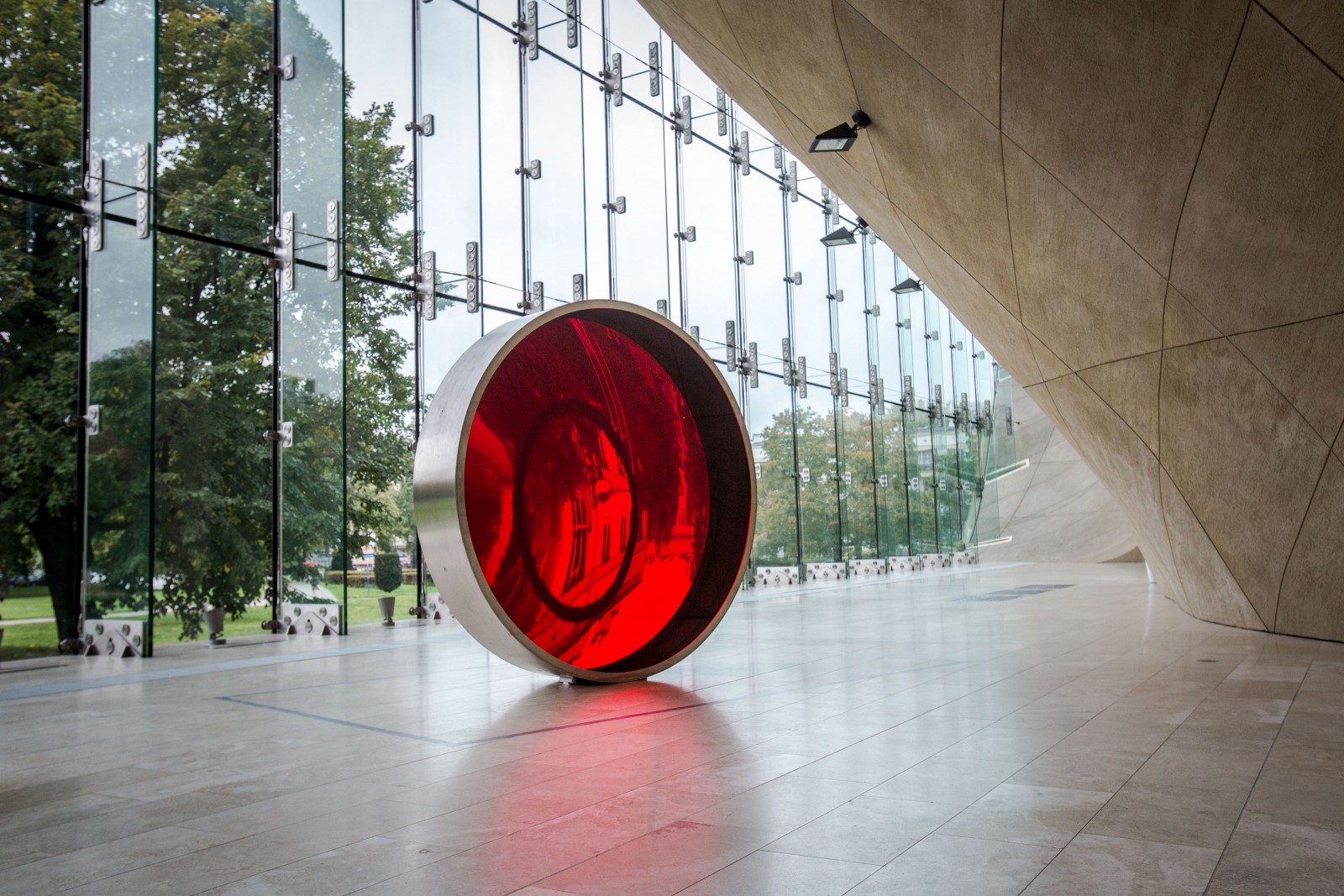 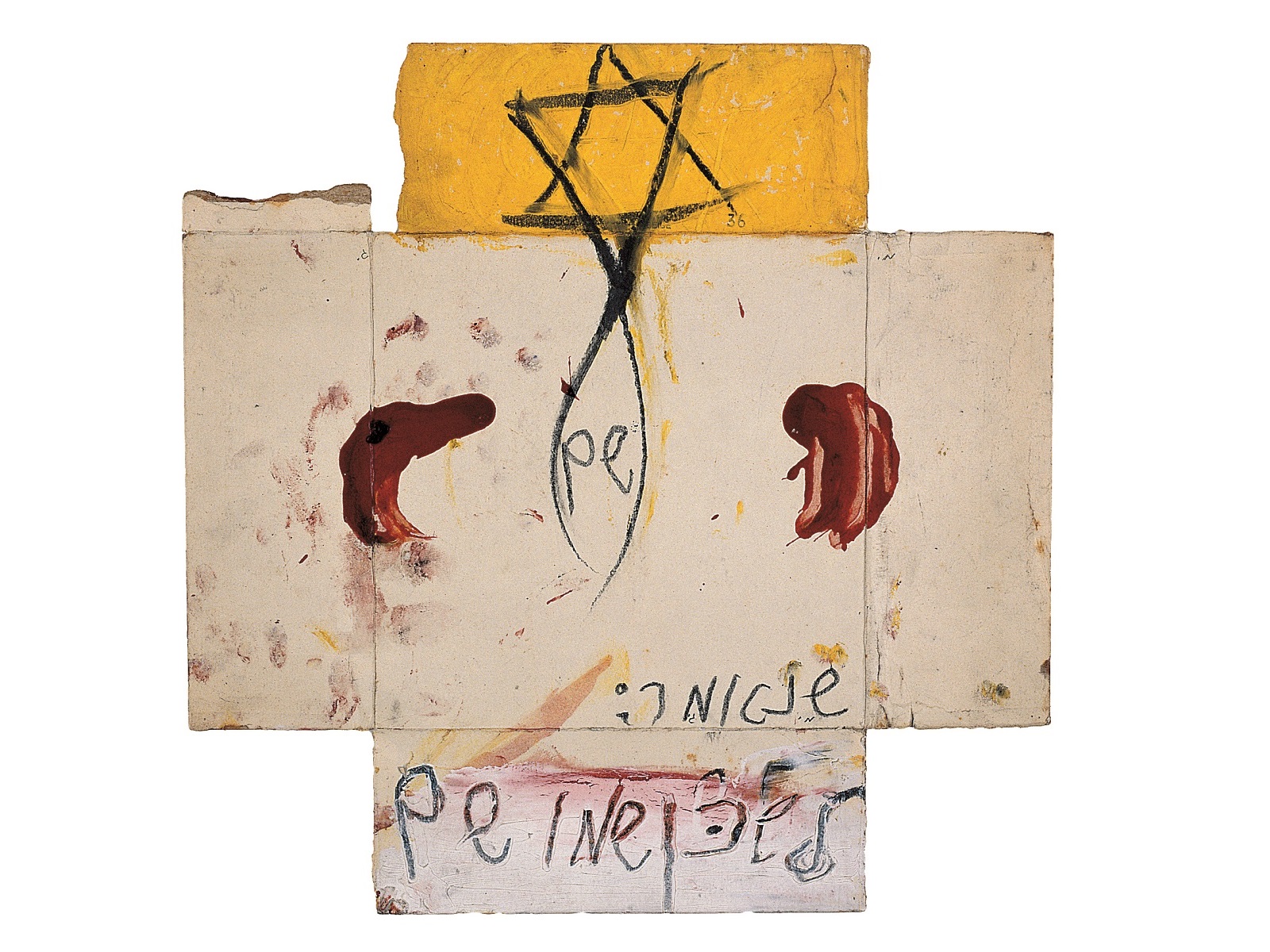 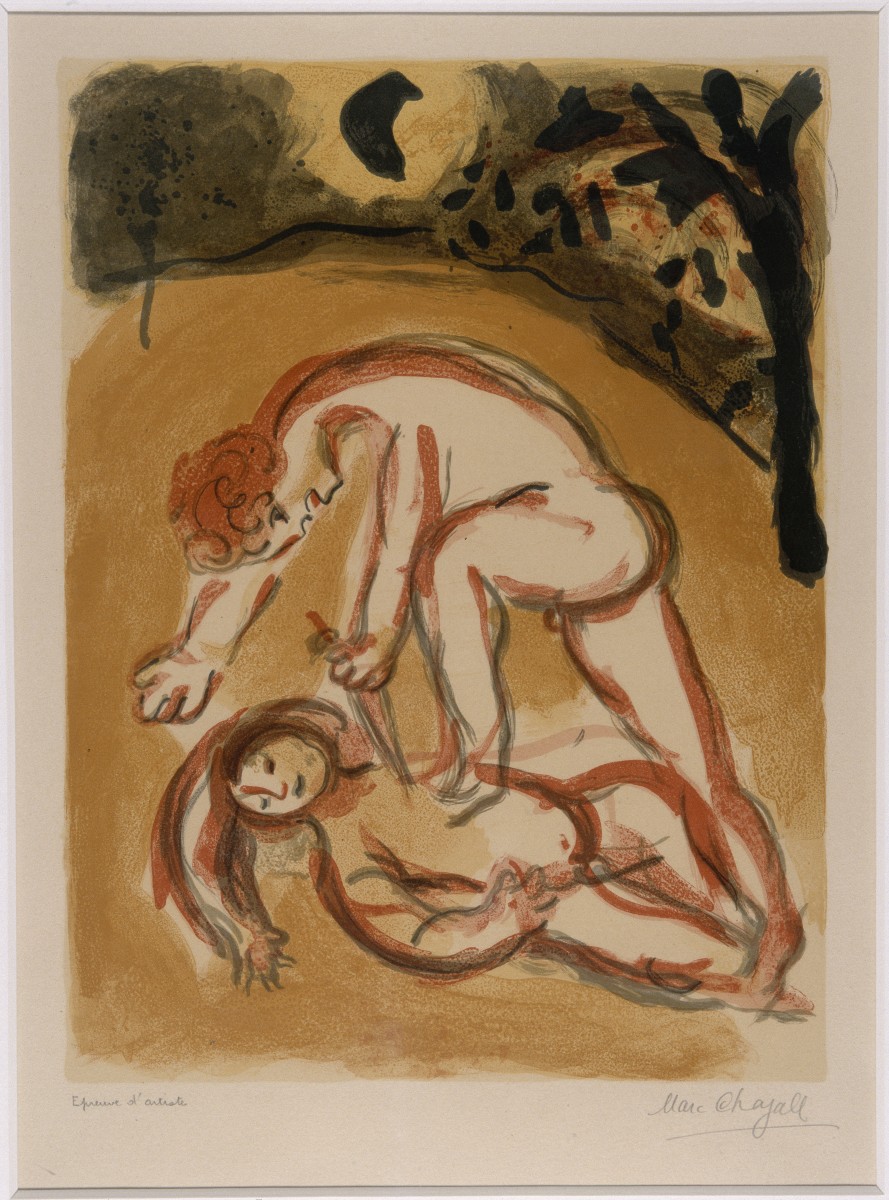 POLIN Museum’s exhibition Blood: Uniting and Dividing is unique not only due to the intensity of emotions evoked by its subject.

A special feature of the exhibition is the attempt to tell a certain story in two different languages – one of the curator’s space which utilises valuable historical artefacts, the other through works of contemporary art. The first documents history, culture and religious life. The second is a collection of works which provide a commentary and which inspire visitors to deepen their reflections.

Visitors will have the opportunity to view original works of art from Polish collections and from overseas collections which have been brought to Poland for the first time. One of these is Marc Chagall’s lithograph Cain and Abel from the museum holding the collection of his works in Nice. He illustrates the first mention of the word “blood” in the Torah and Bible – in the Book of Genesis, where it speaks of the crime committed by Cain. Dominated by the colour red, Marc Chagall’s lithograph depicts the moment of fratricide and is one of twenty-five illustrations from the Bible, created by the artist in 1960.

The Polish edition of the exhibition which originated at Jewish Museum in London has been enriched by the works of contemporary artists.  - "The works of the contemporary artists, presented in the exhibition, are first of all aimed at the imagination and the senses. They are sources of reference, emotion and inspiration,” says Natalia Andrzejewska, art curator of the exhibition Blood: Uniting and Dividing. “They allow you to experience reactions within a sphere of emotion, intellect and spirituality. They transform into separate stories, independent of the context. In this way, they become a link between the real world and the intangible world as expressed in the language of art."

Piotr Uklański’s embroidered work Untitled (Permanent Star) draws the eye through hypnotic, pulsating circles. It awakens connections with biological structures (in the shape of red blood cells), vertebrae spreading over the surface of the liquid, but also with a mandala, binding the work to the mysteries of a New Age stream.

The medium of embroidery is also used by Eliza Proszczuk, who touches on the subjects of faith, ritual and the taboos surrounding menstrual blood. Created by the artist especially for this exhibition, it is a dress made of animal membranes embroided using red thread. It is displayed next to a presentation showing a mikveh (the ritual bath) in which Jewish religious women cleanse themselves.

Dorota Buczkowska’s work also relates to the theme of transformation, ritual and sacrifice. It is displayed in the exhibition area dealing with kashrut. The artist has created a saturated, reddish stain which seems to emerge from the ground and, according to her concept, “permeates from the deeper layers of reality”.

Moshe Gershuni’s stylised cross is a strong mixture of Christian and Jewish symbols, together with the stigmatised Jews of the World War II period. Its entirety combines the expressive gestures of the artist, fixed through red stains, with the visible marks of smearing hands. The issues of identity (including religious identity), blood relations, the nearness of relations, the mutual relations of people descended from a common ancestor all comprise the pivot of a video work by Bogna Burska. Her work, Tyzyfone and Alekto, is presented in the exhibition’s area devoted to the concept of identity.

Through their works, the artists have provided a commentary, not only on individual sections of the exhibition, but also on the entire exhibition as a work of contemporary art. In the Museum lobby, visitors will encounter the work of Anish Kapoor, the famous British sculptor. It is entitled Blood Cinema. This massive circle comprising a glistening, blood-red surface, instils both admiration and primitive anxiety. It inspires questions and acts on the emotions – just like blood itself.

Check opening hours and tickets prices. We encourage you to visit us. We look forward to welcoming you again!

History of mankind told by blood – in conversation with Dr Małgorzata Stolarska-Fronia, the exhibition curator

"I’m interested in colour and its relationship with the viewer", an interview with Dorota Buczkowska

"From time to time, I confront the subject of blood" – an interview with Eliza Proszczuk