Report: POLIN Meeting Point – the first edition of the program is complete! 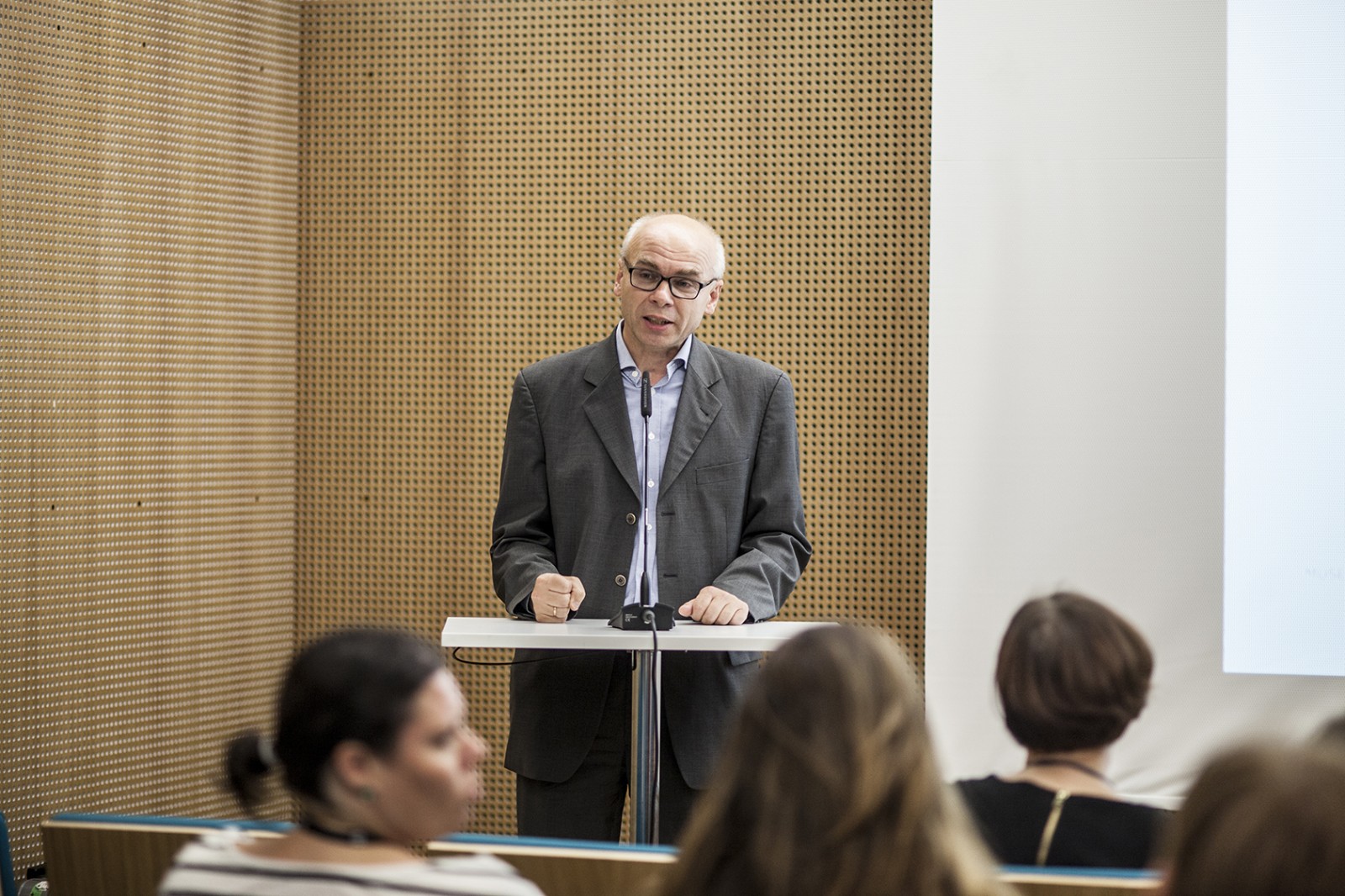 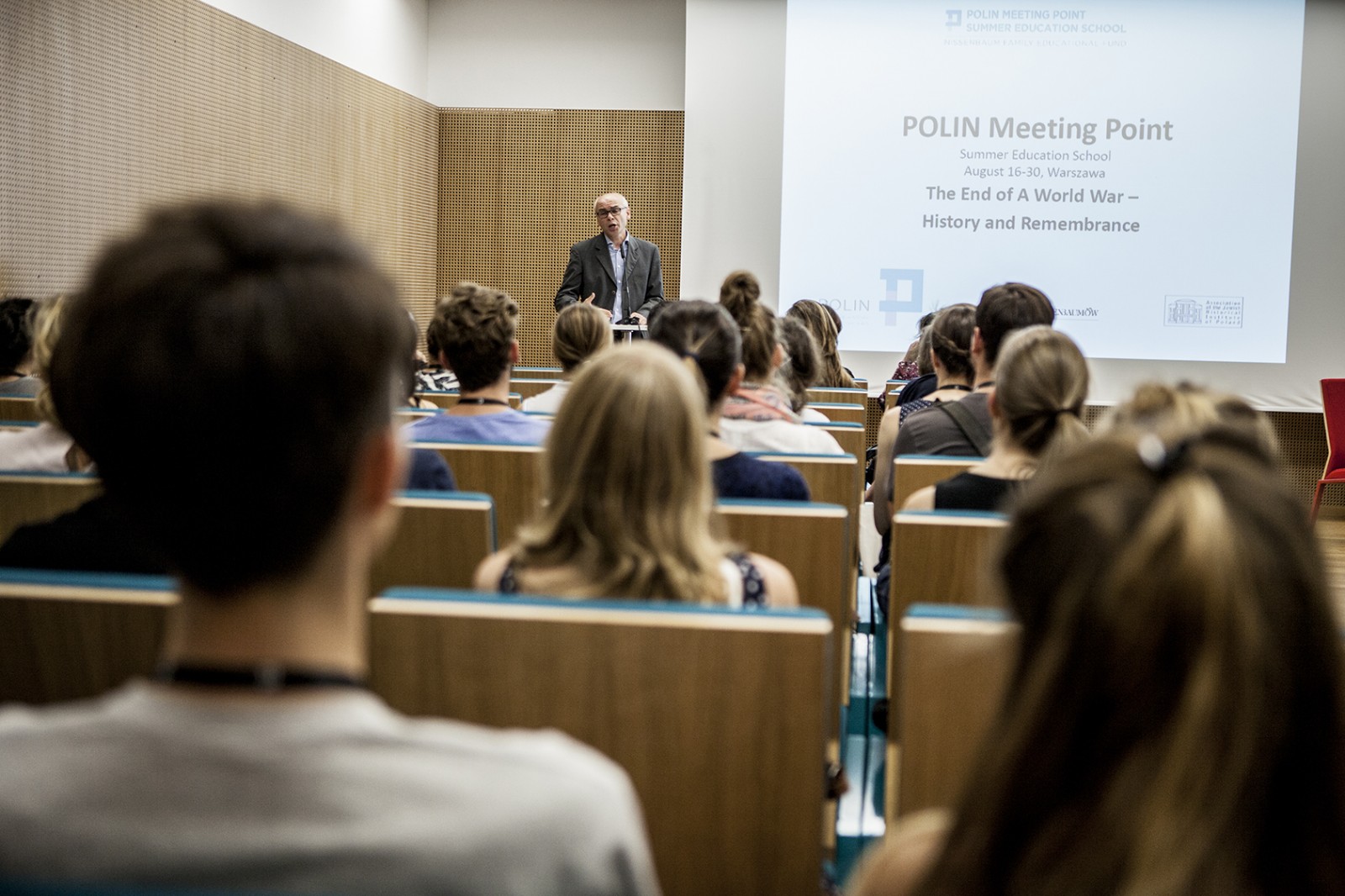 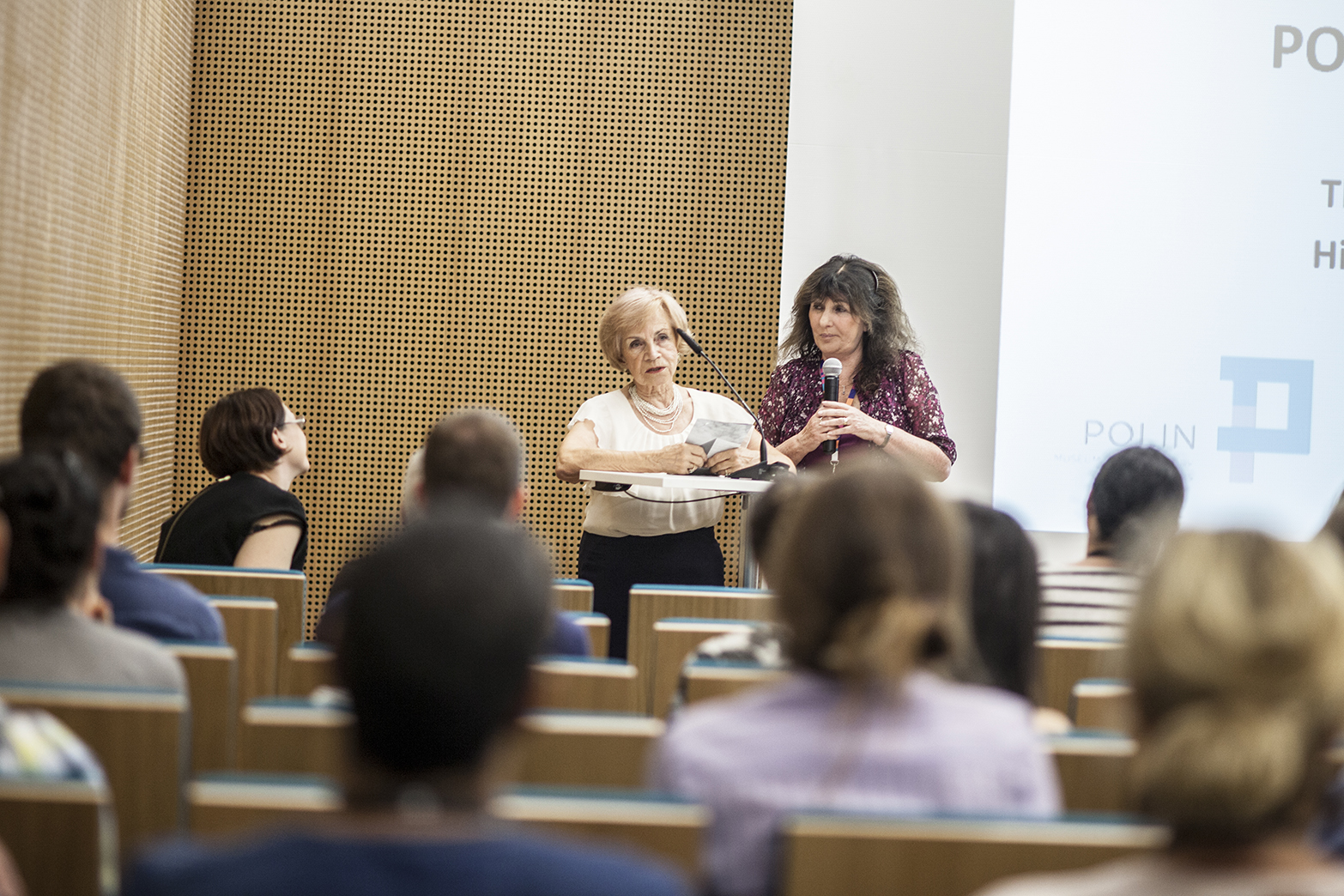 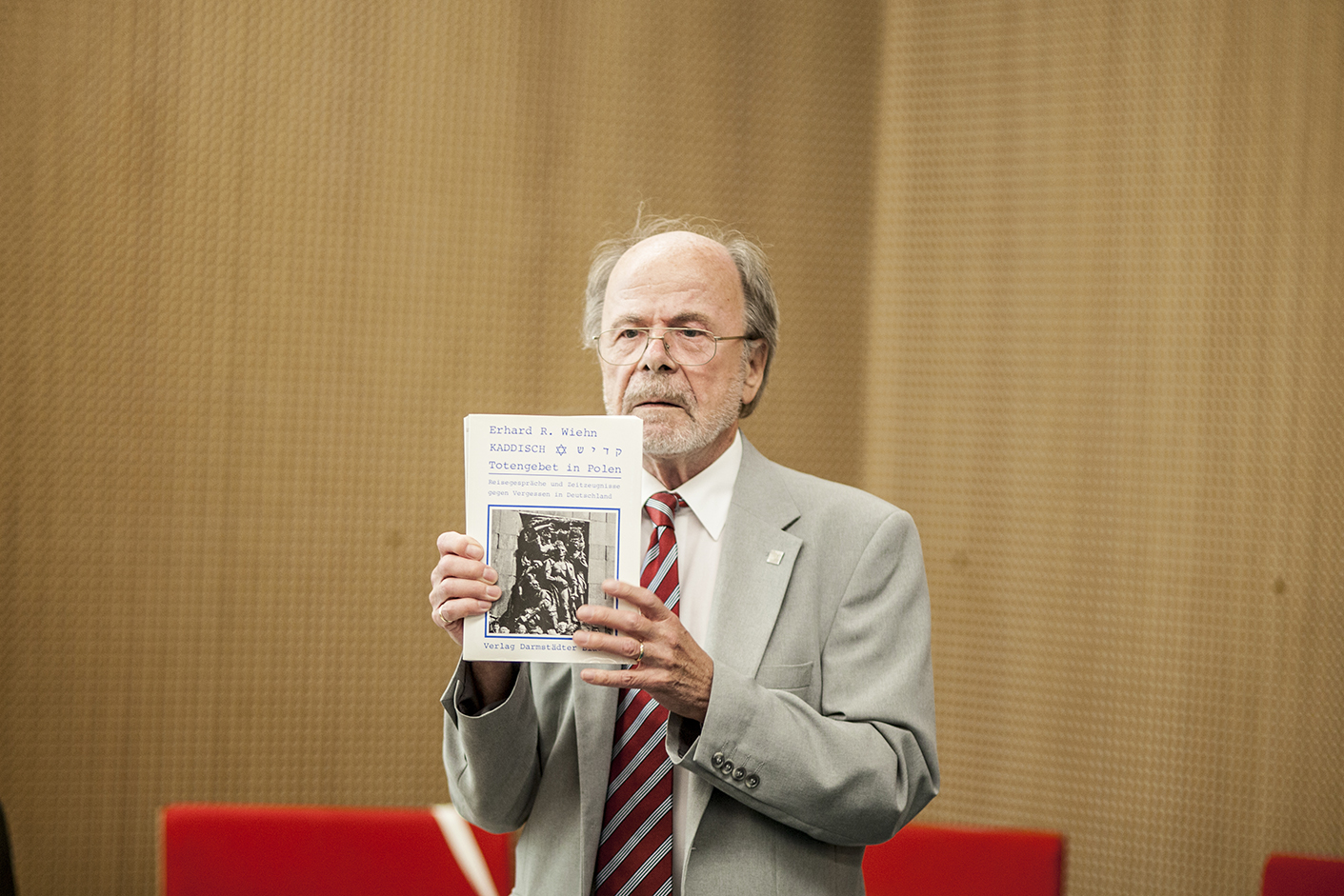 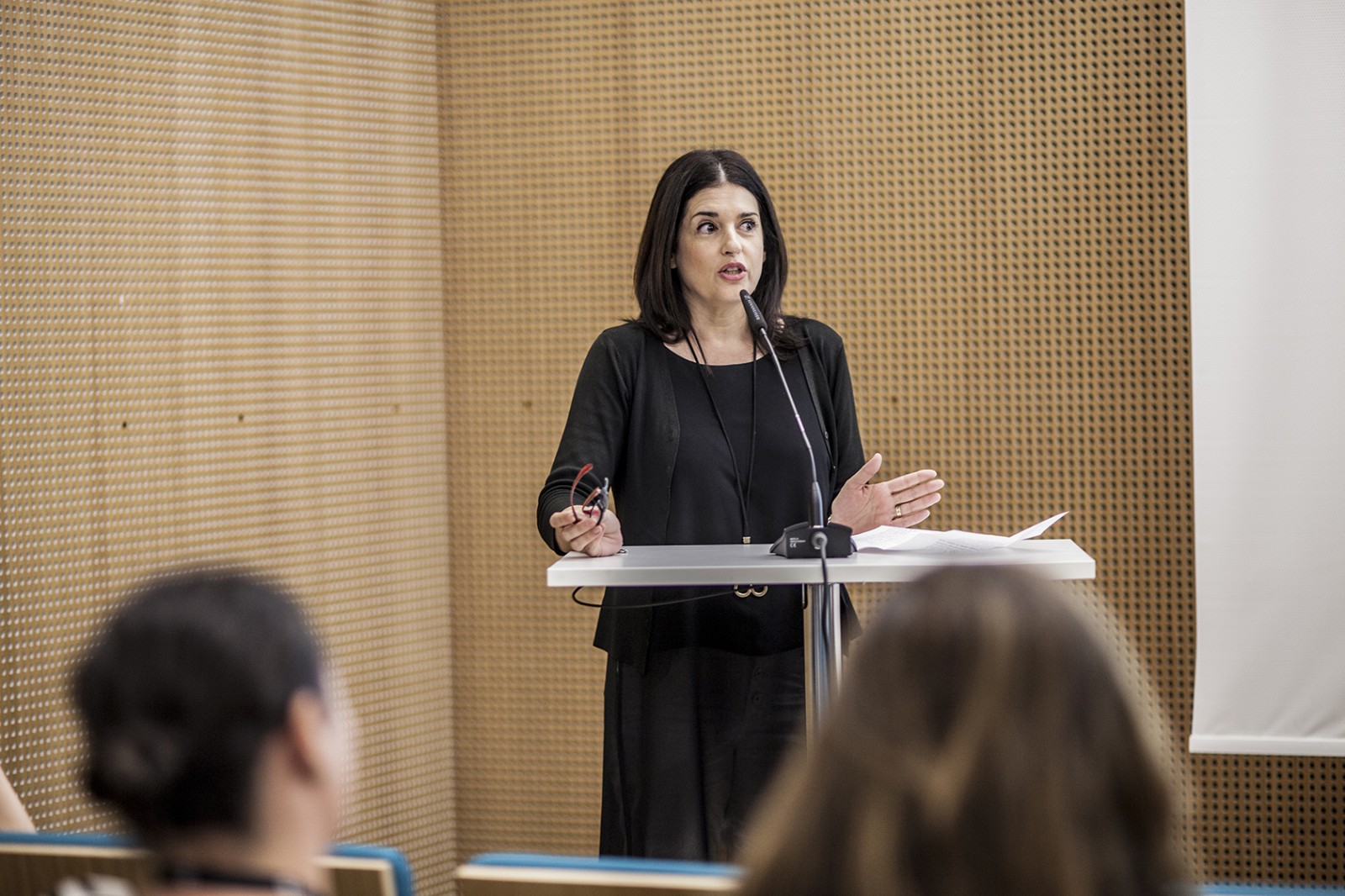 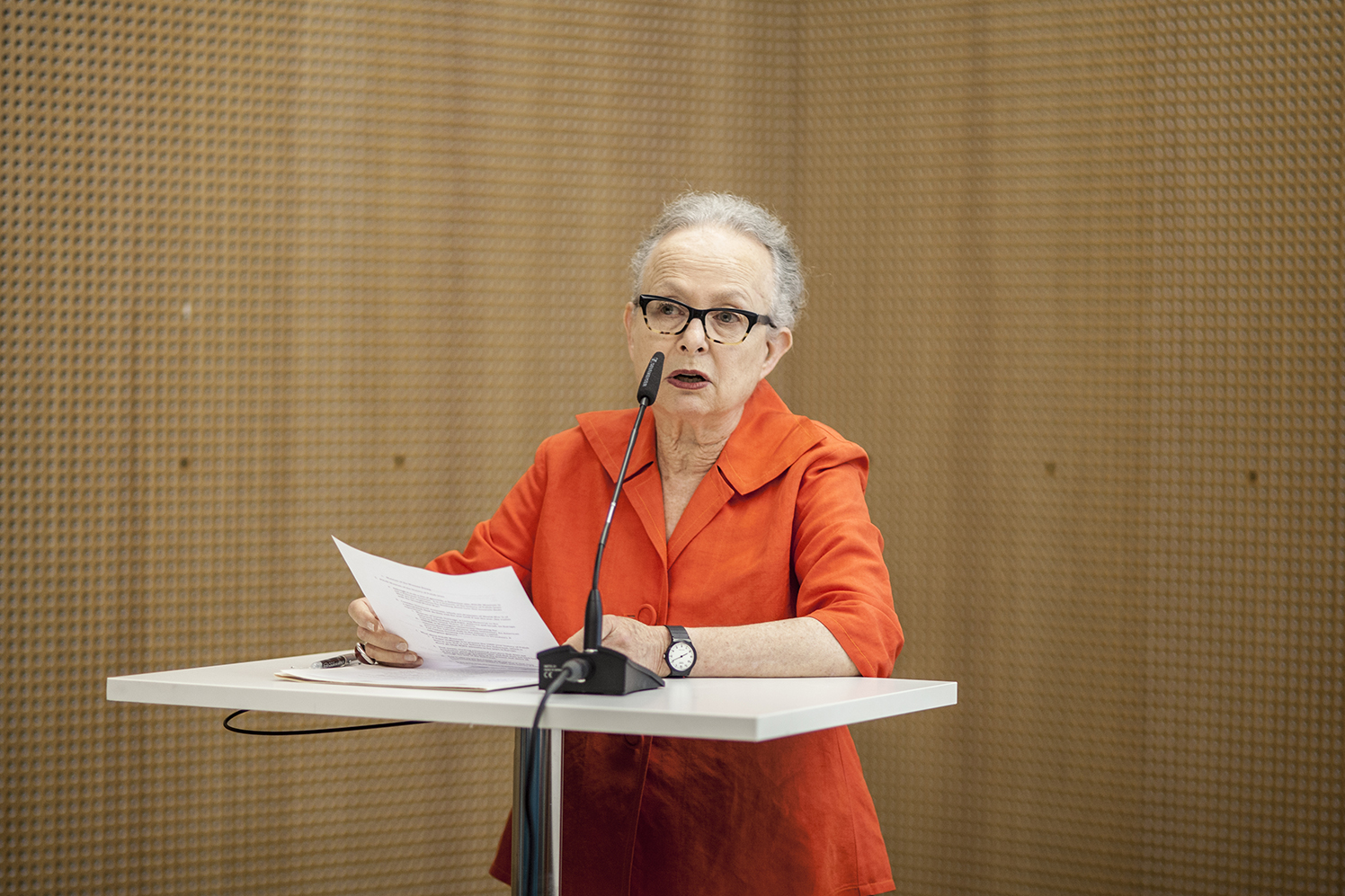 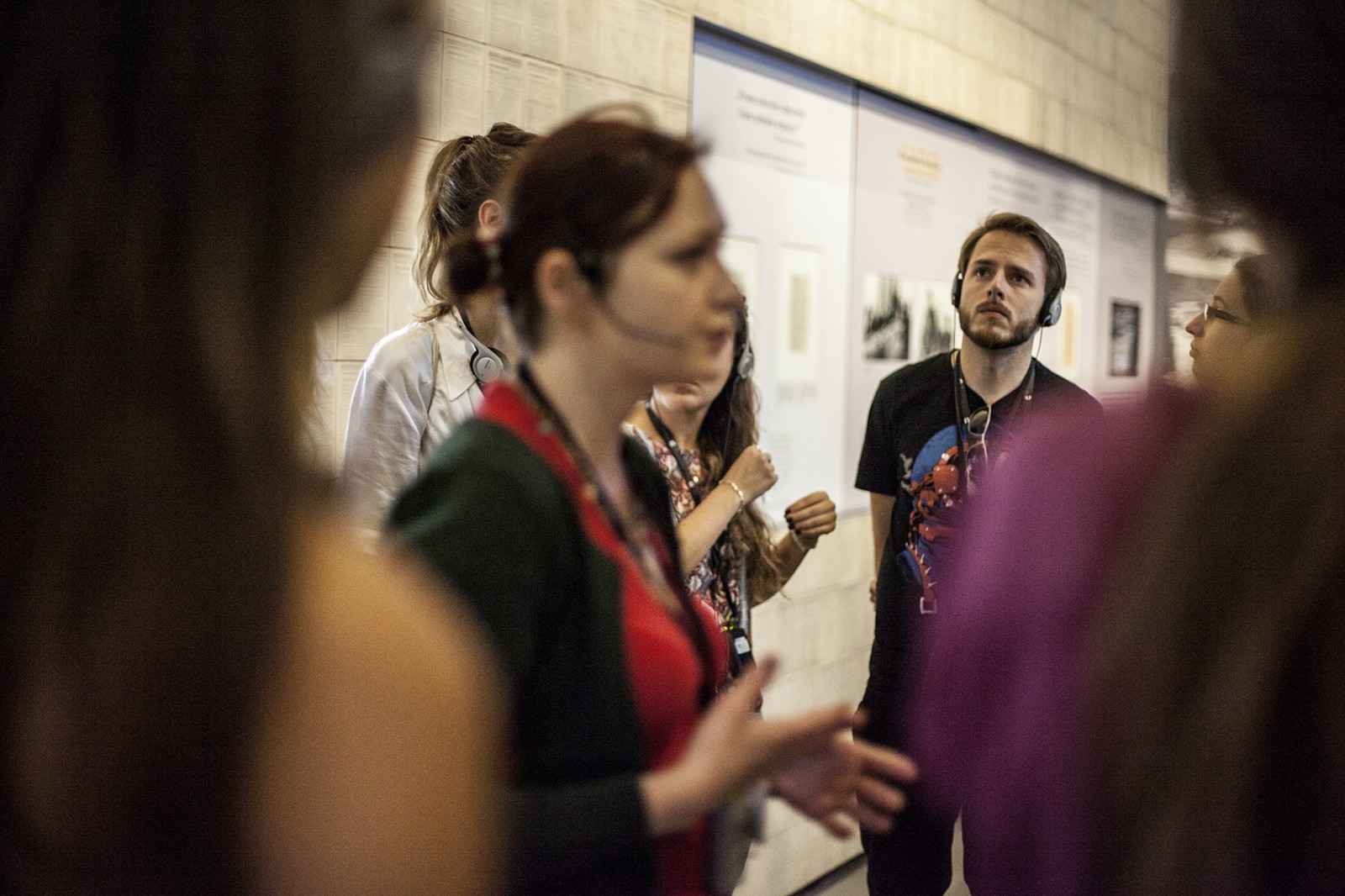 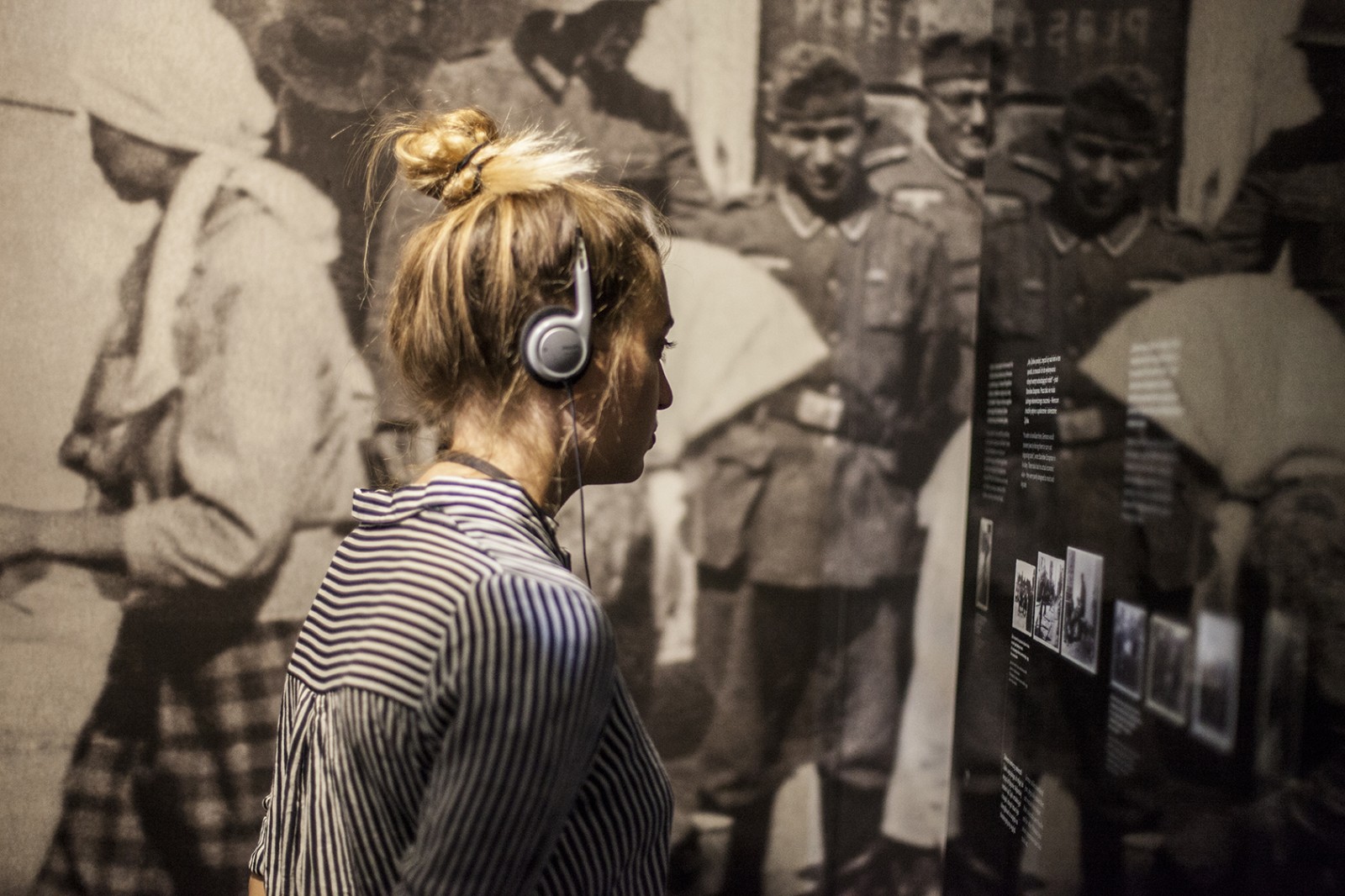 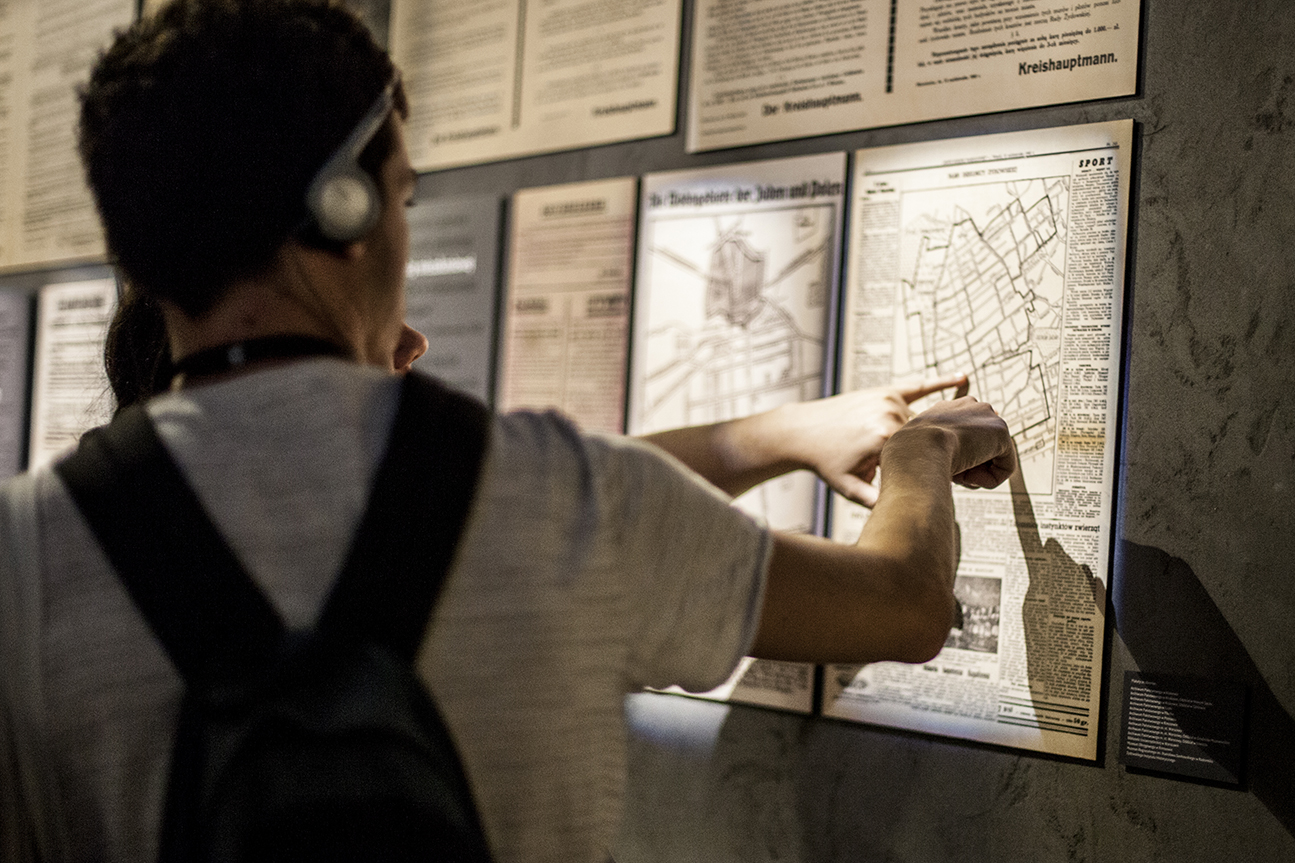 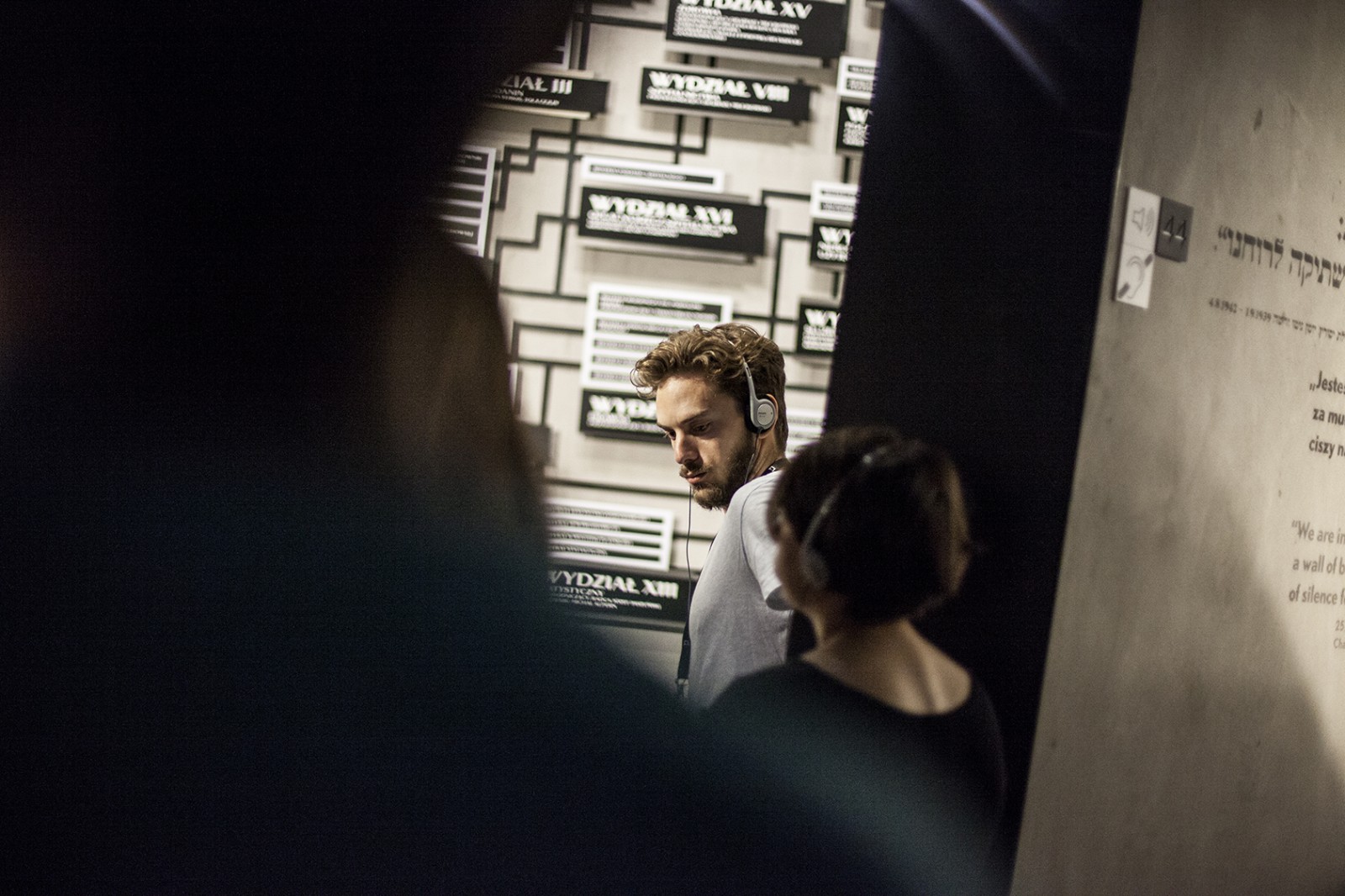 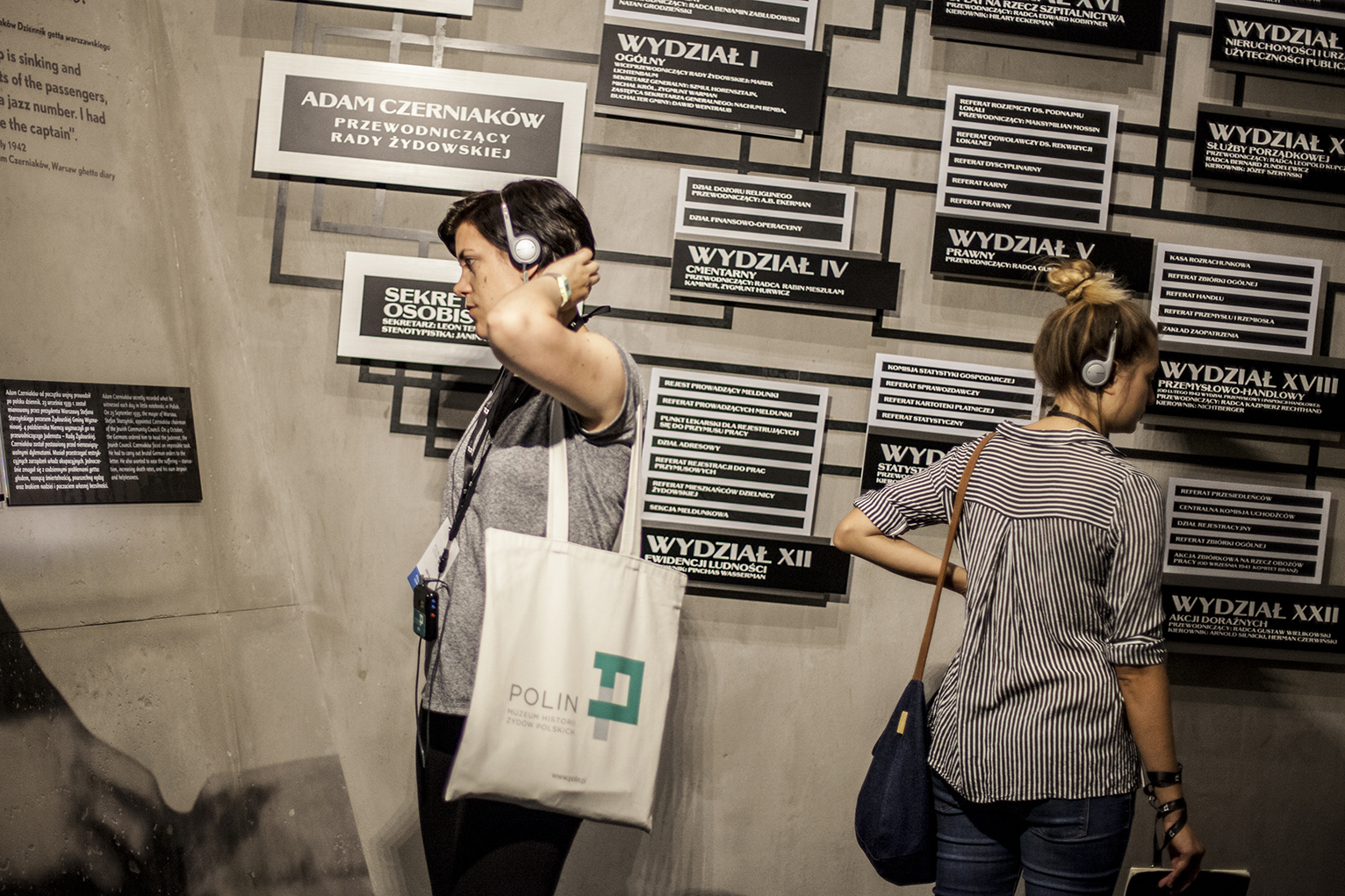 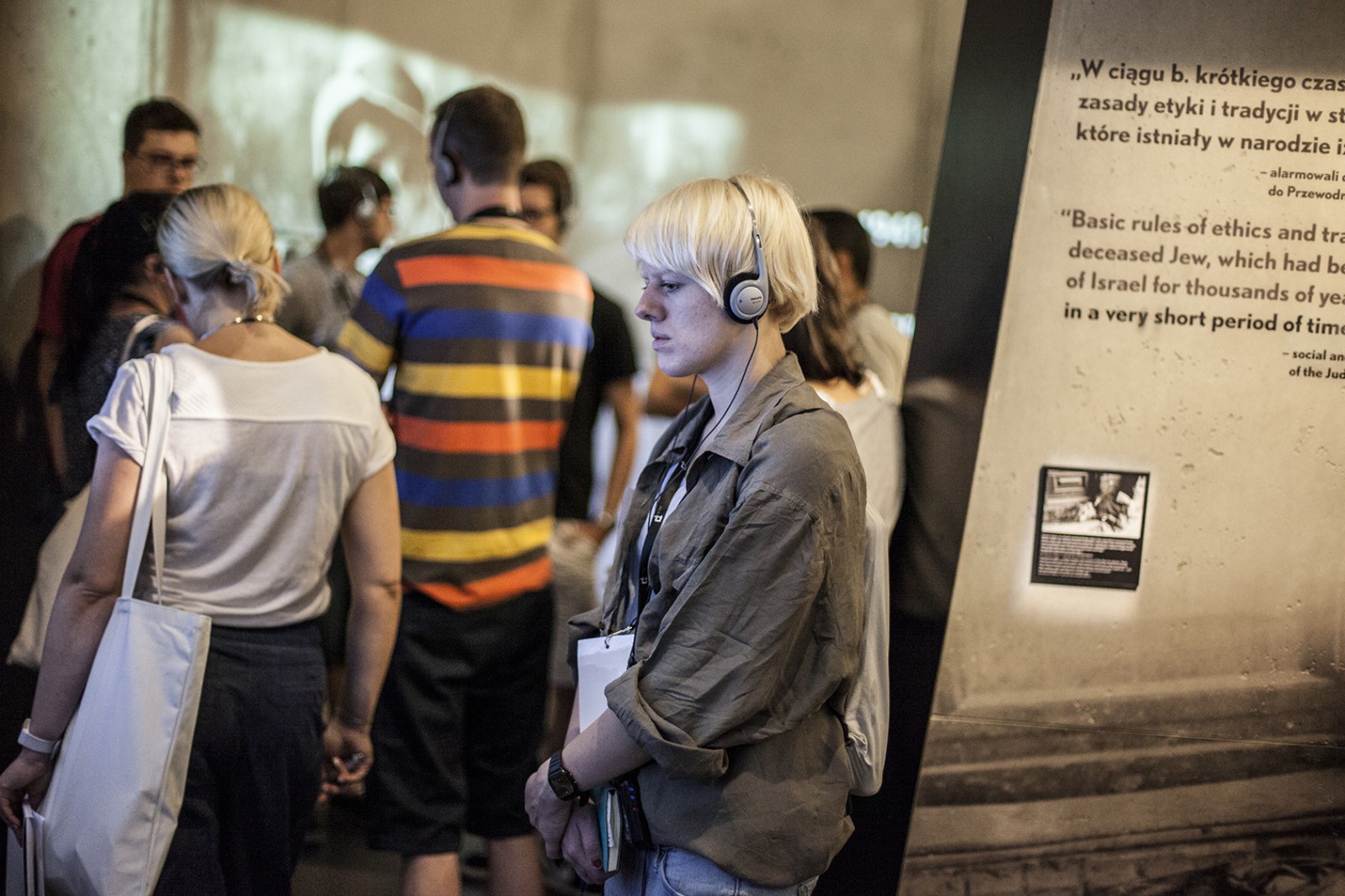 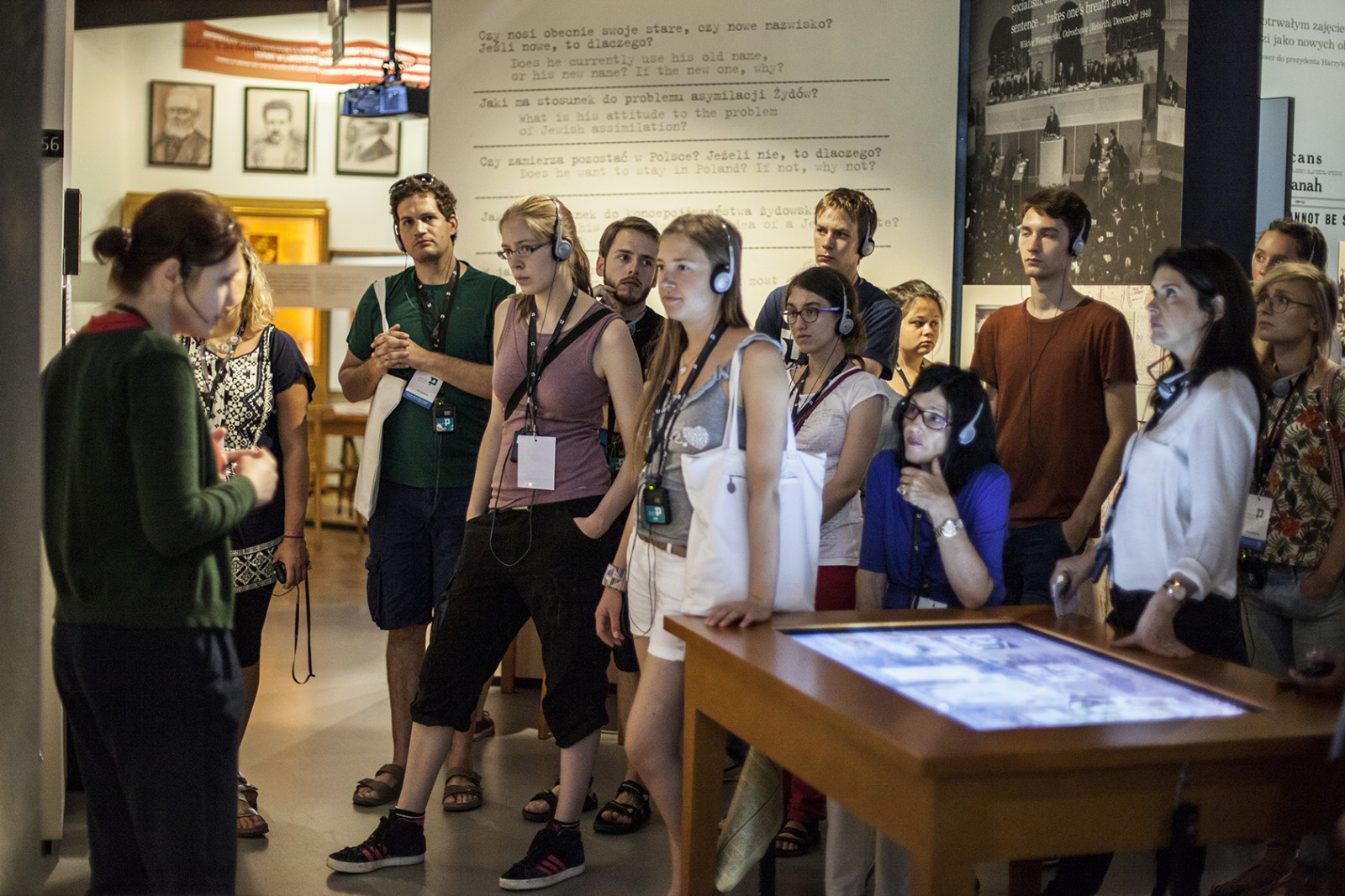 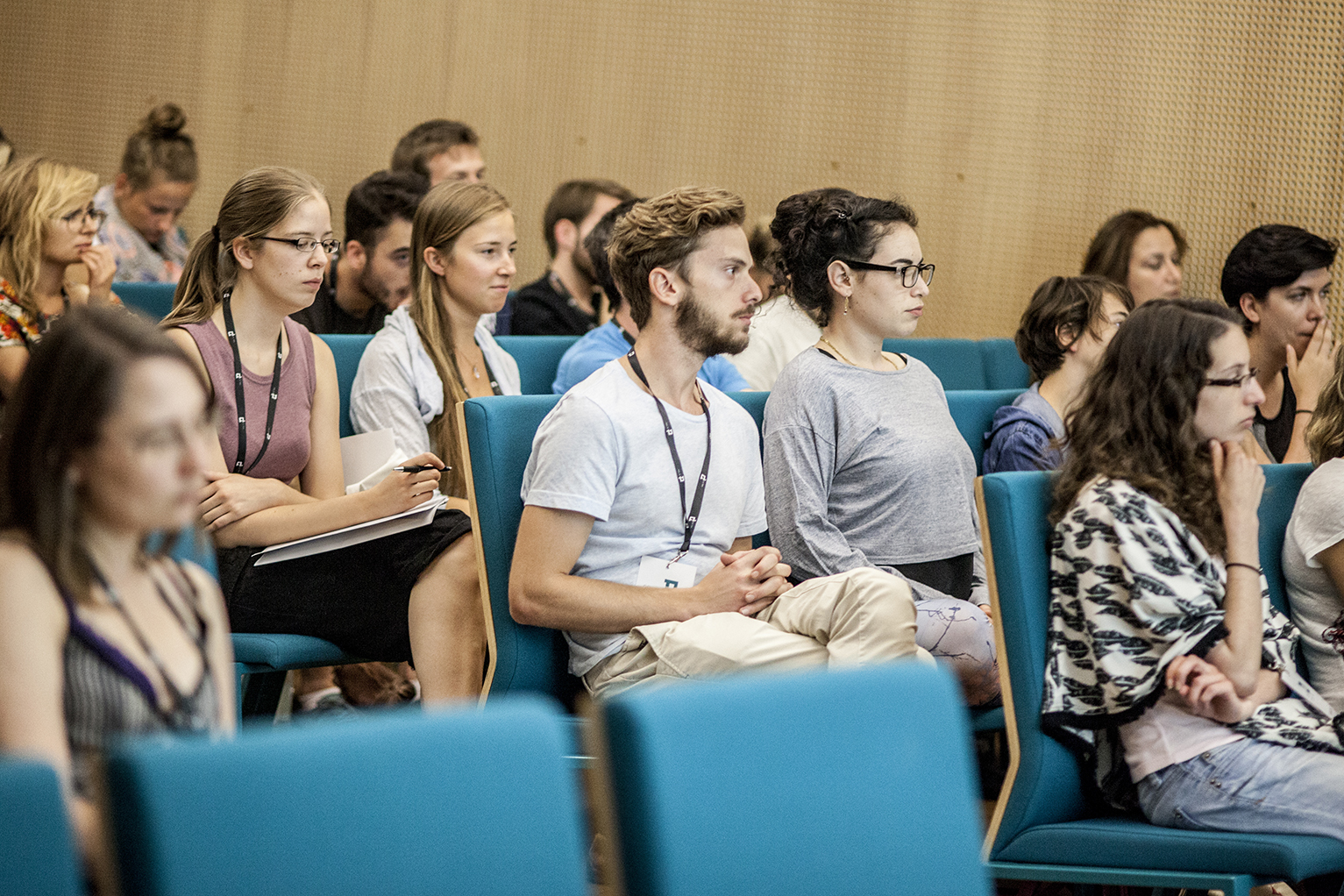 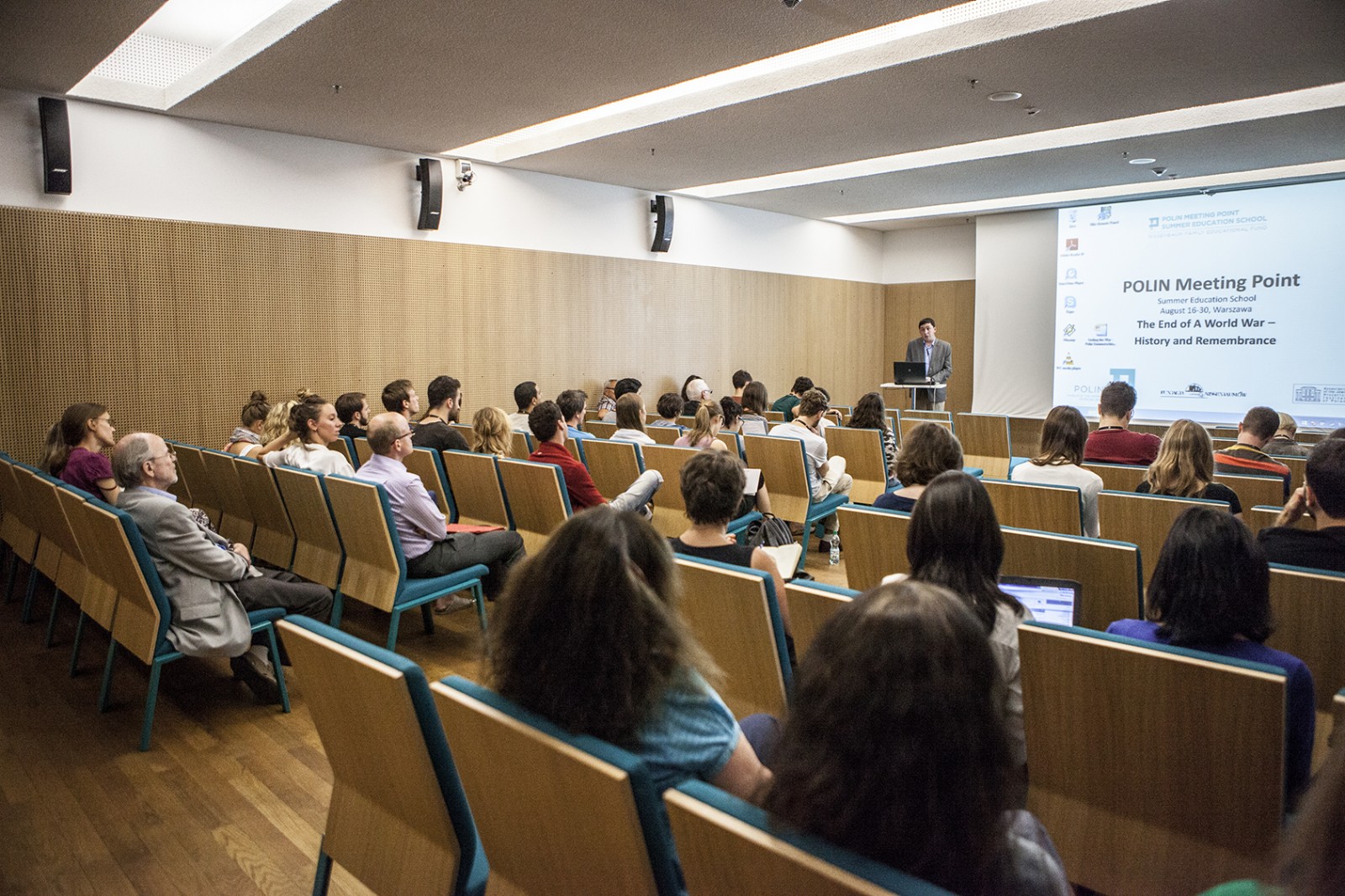 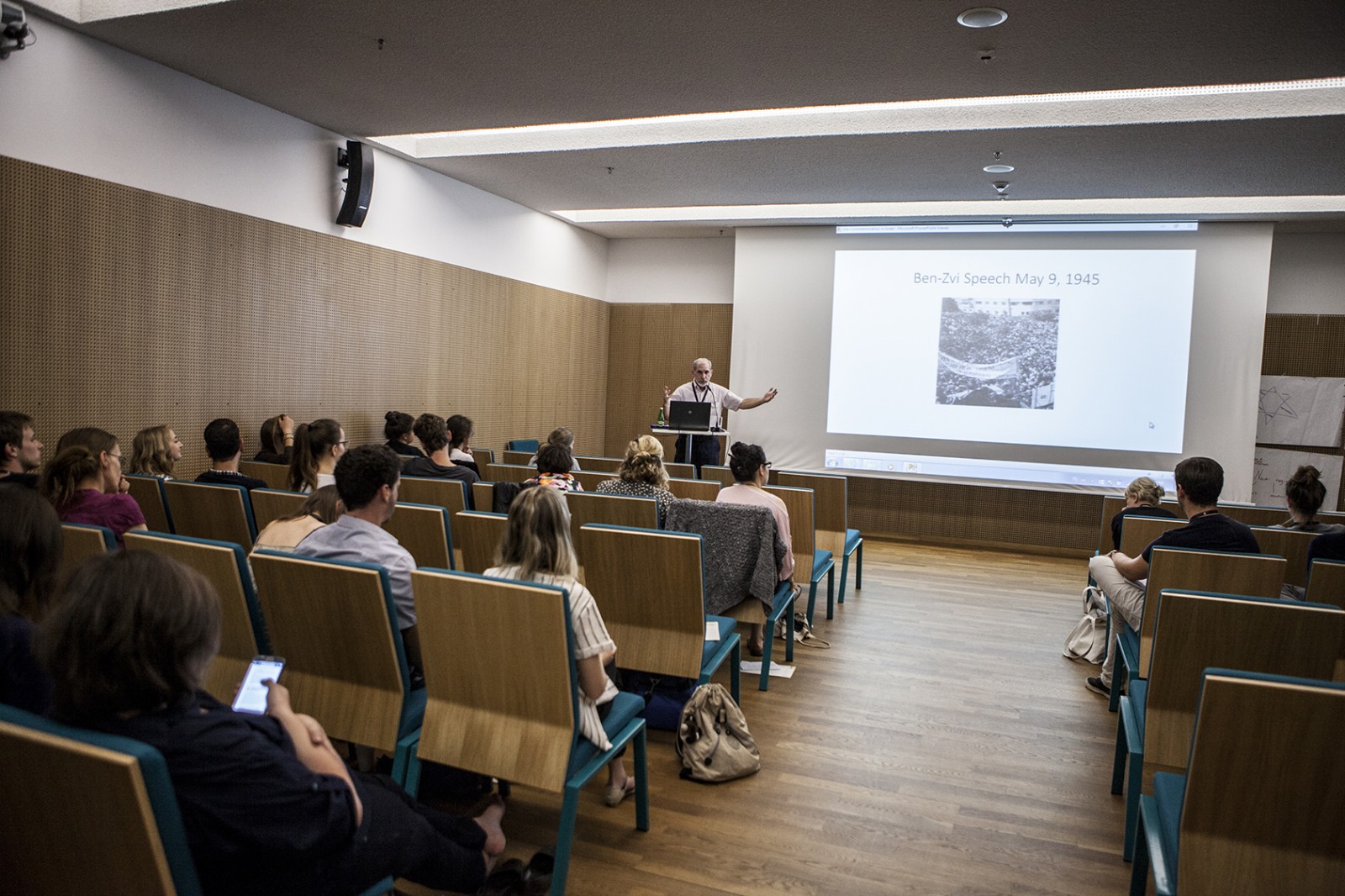 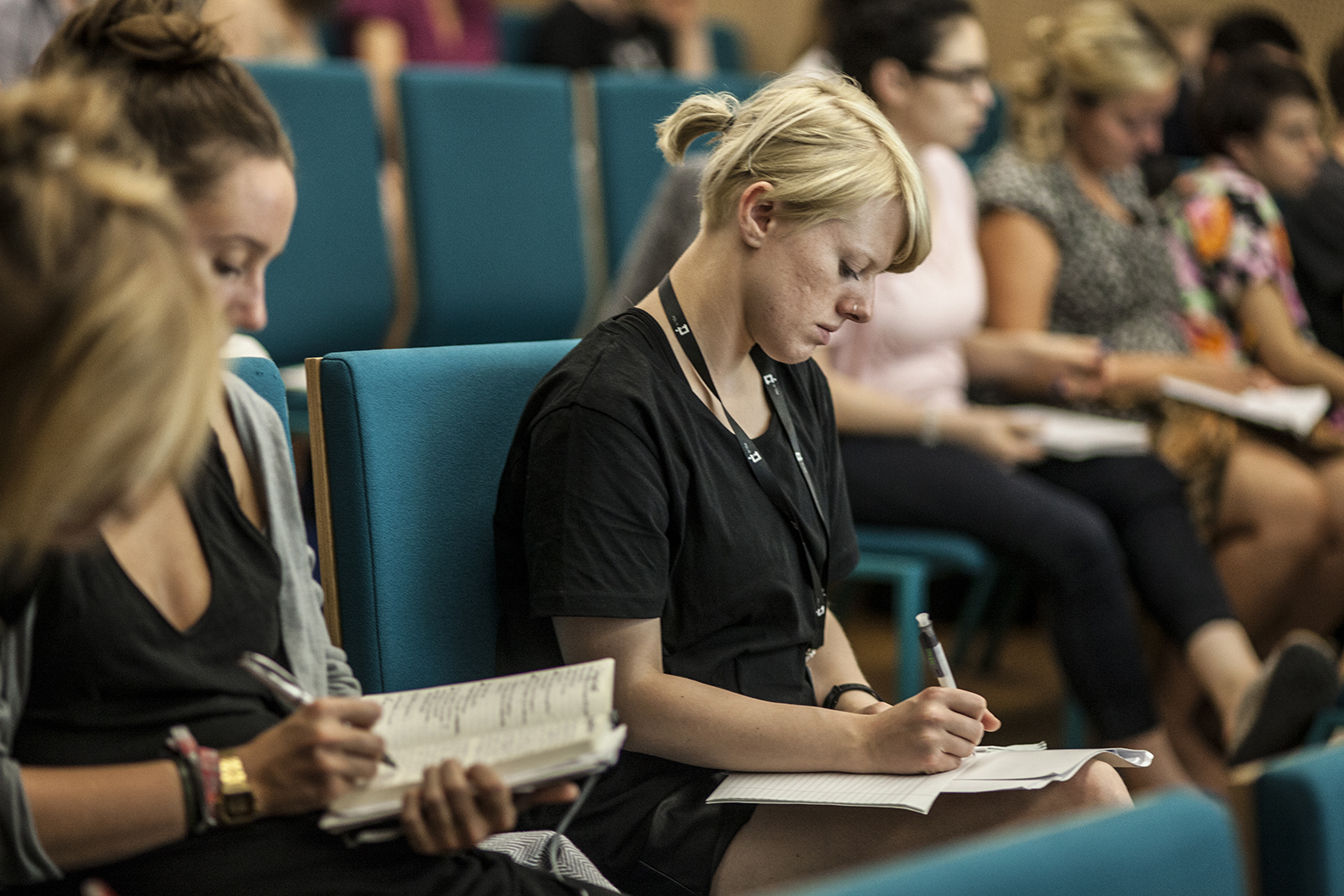 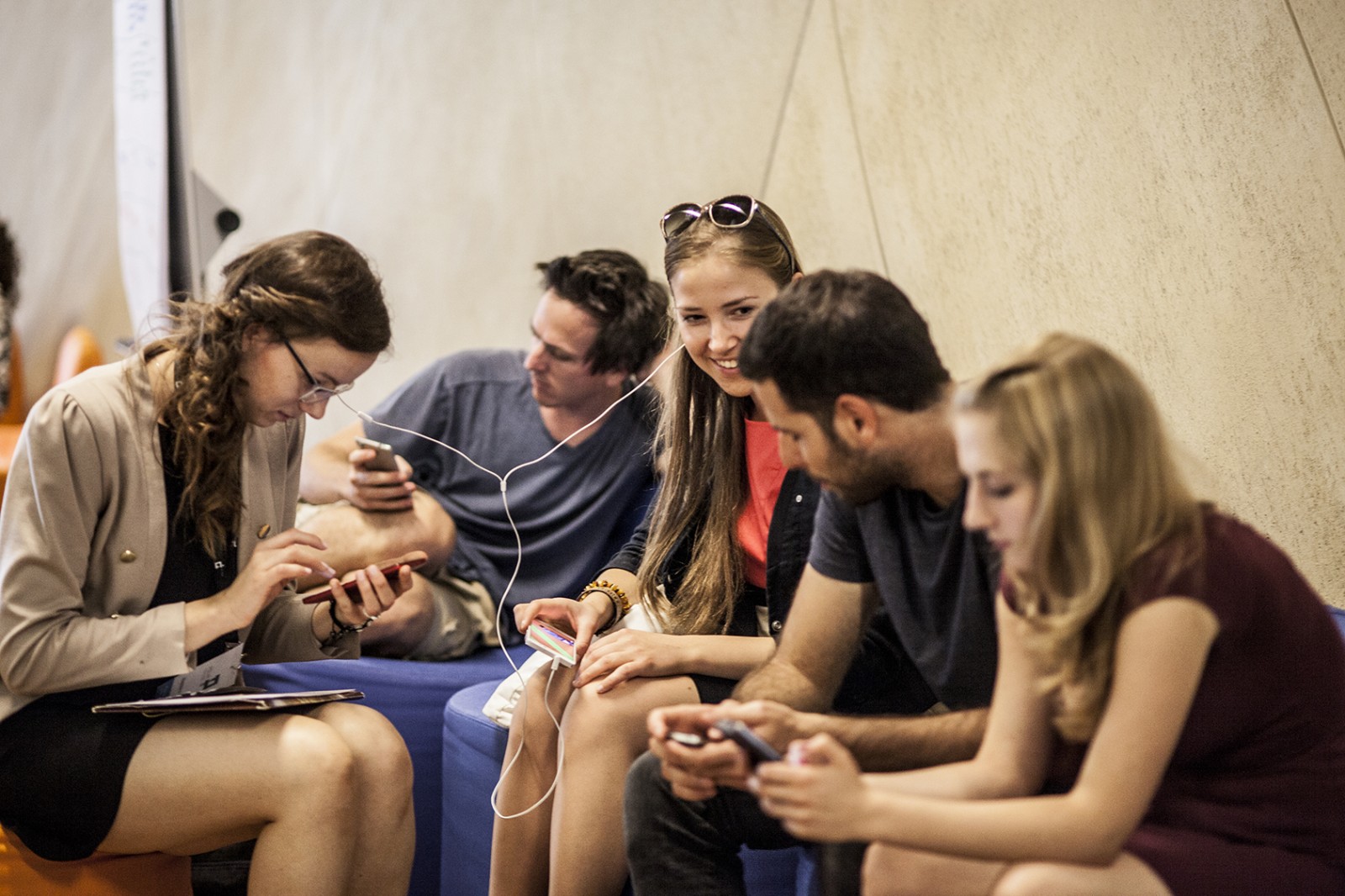 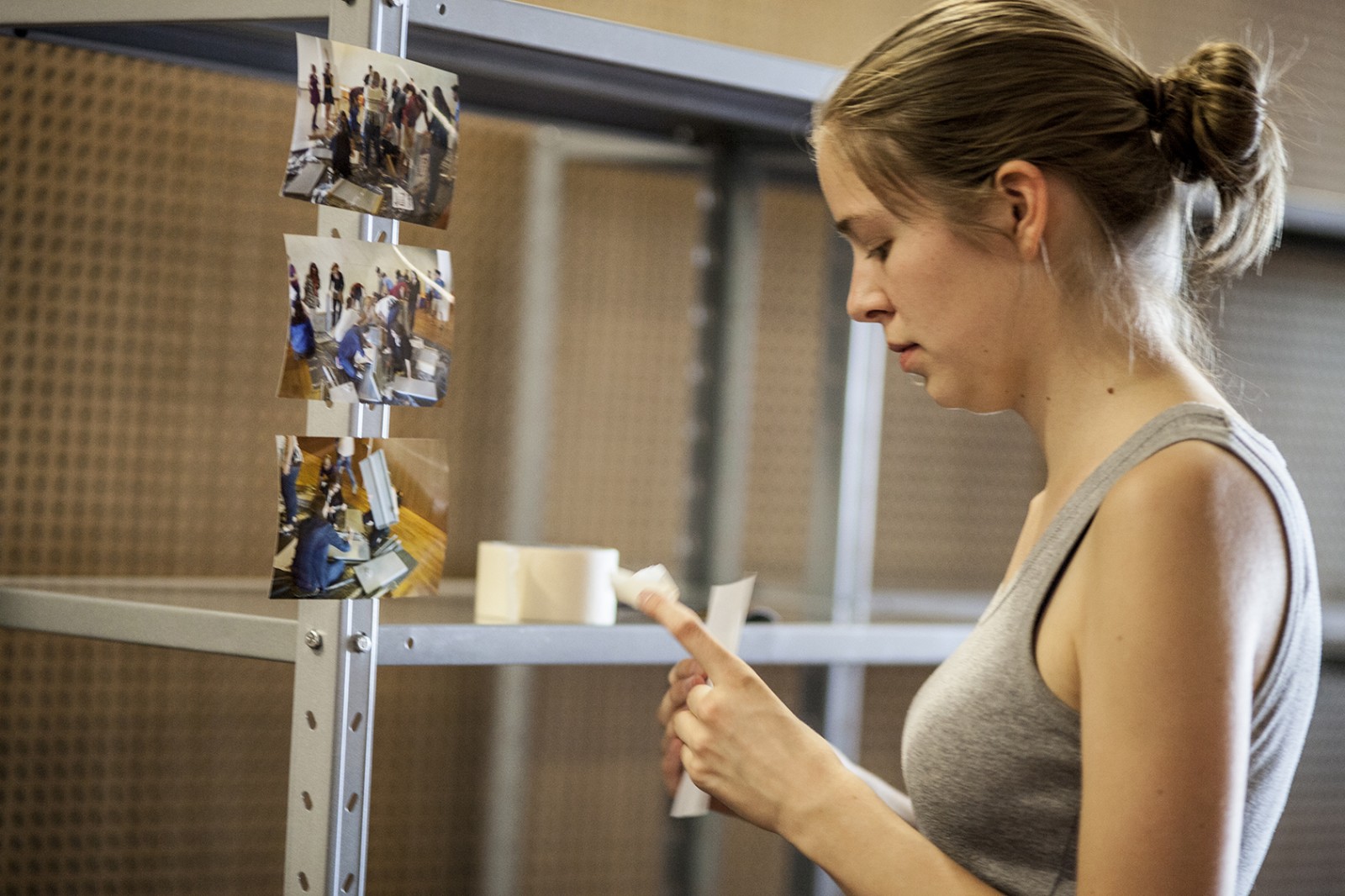 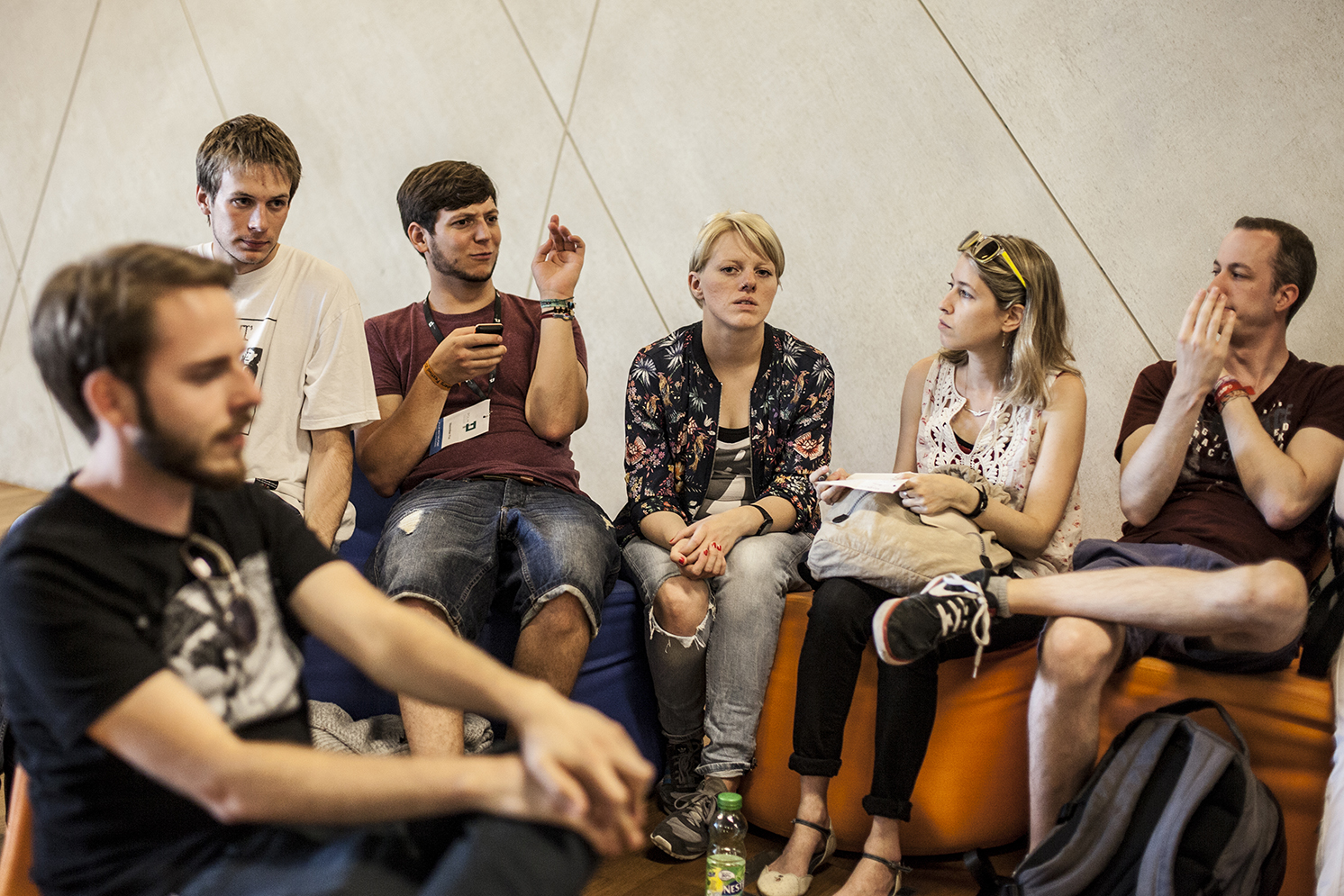 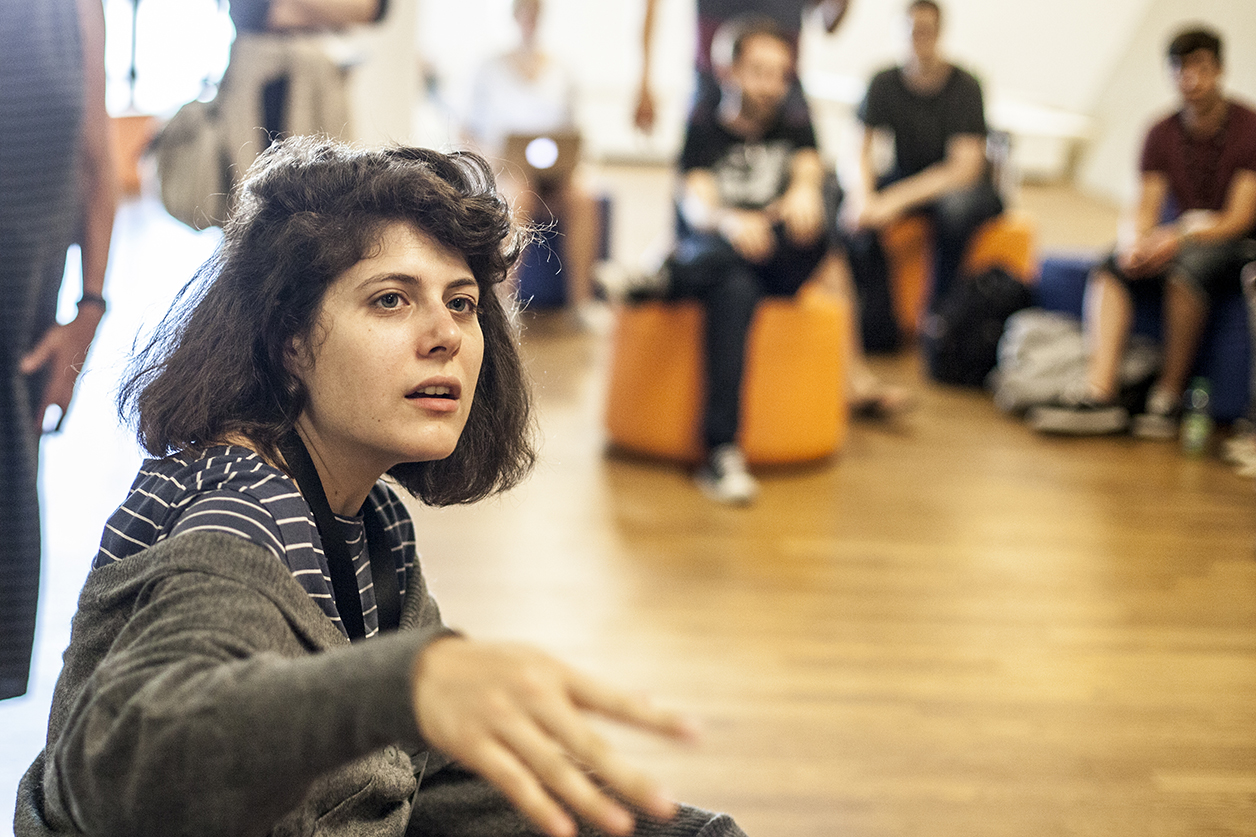 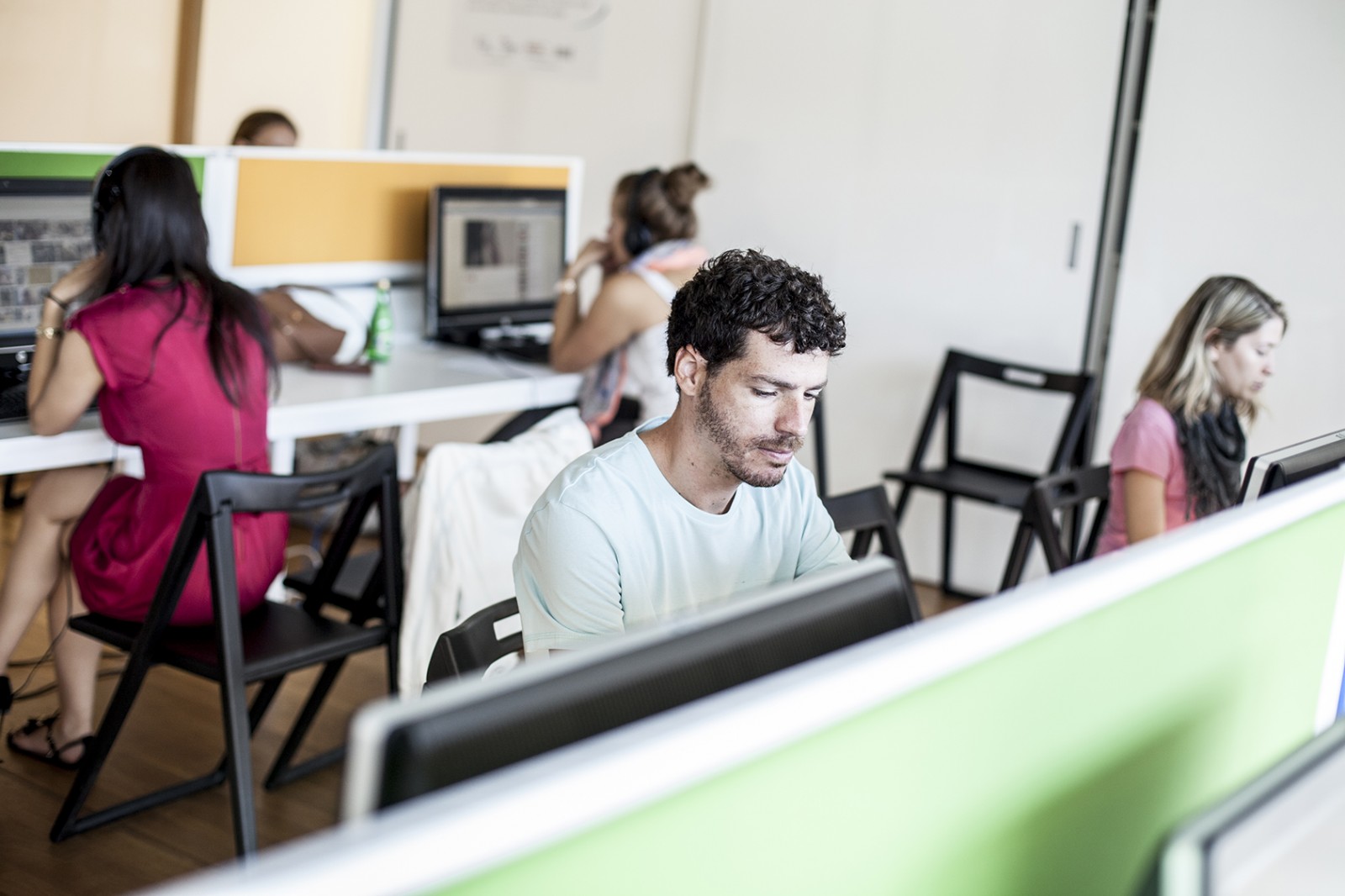 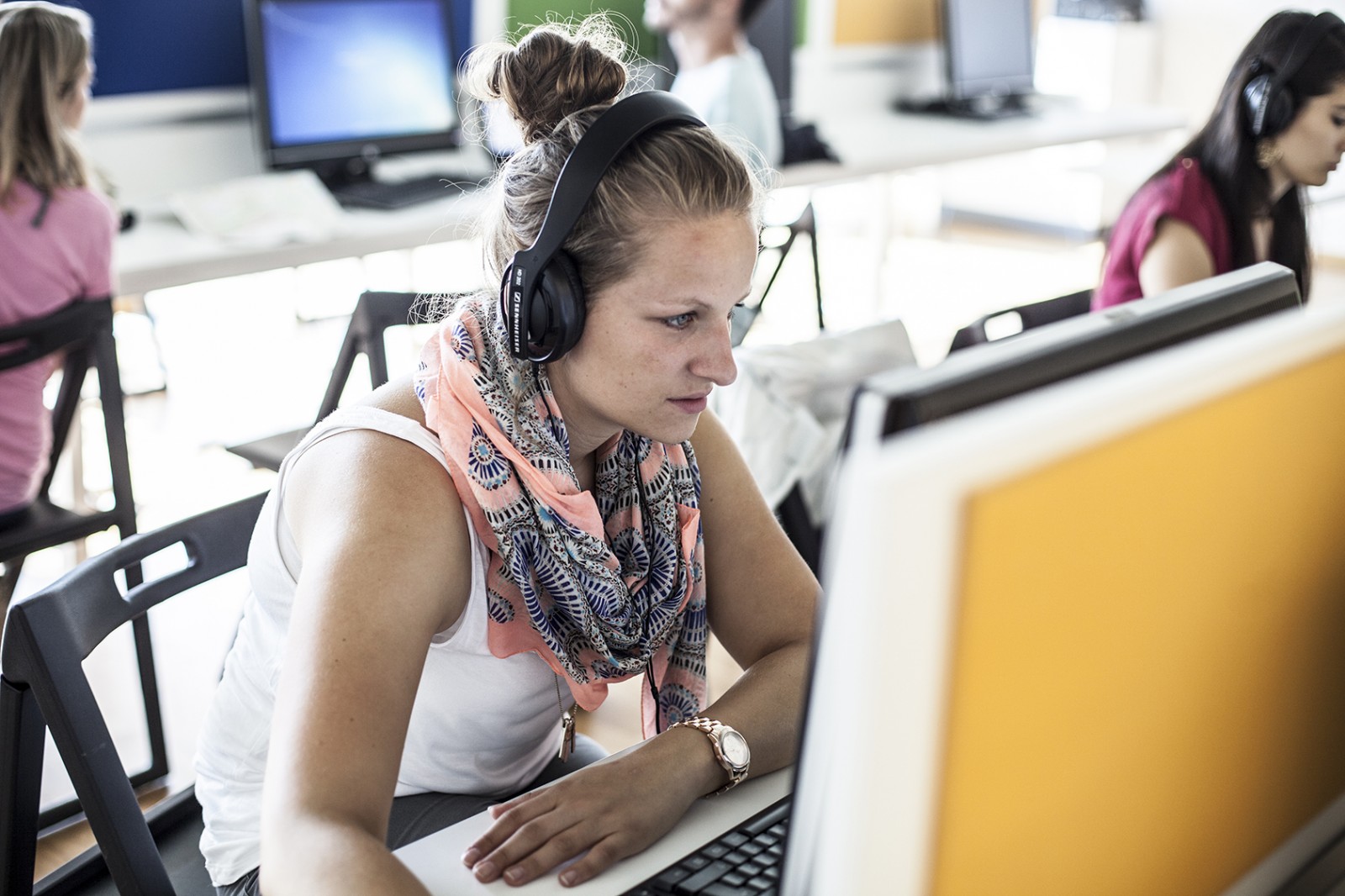 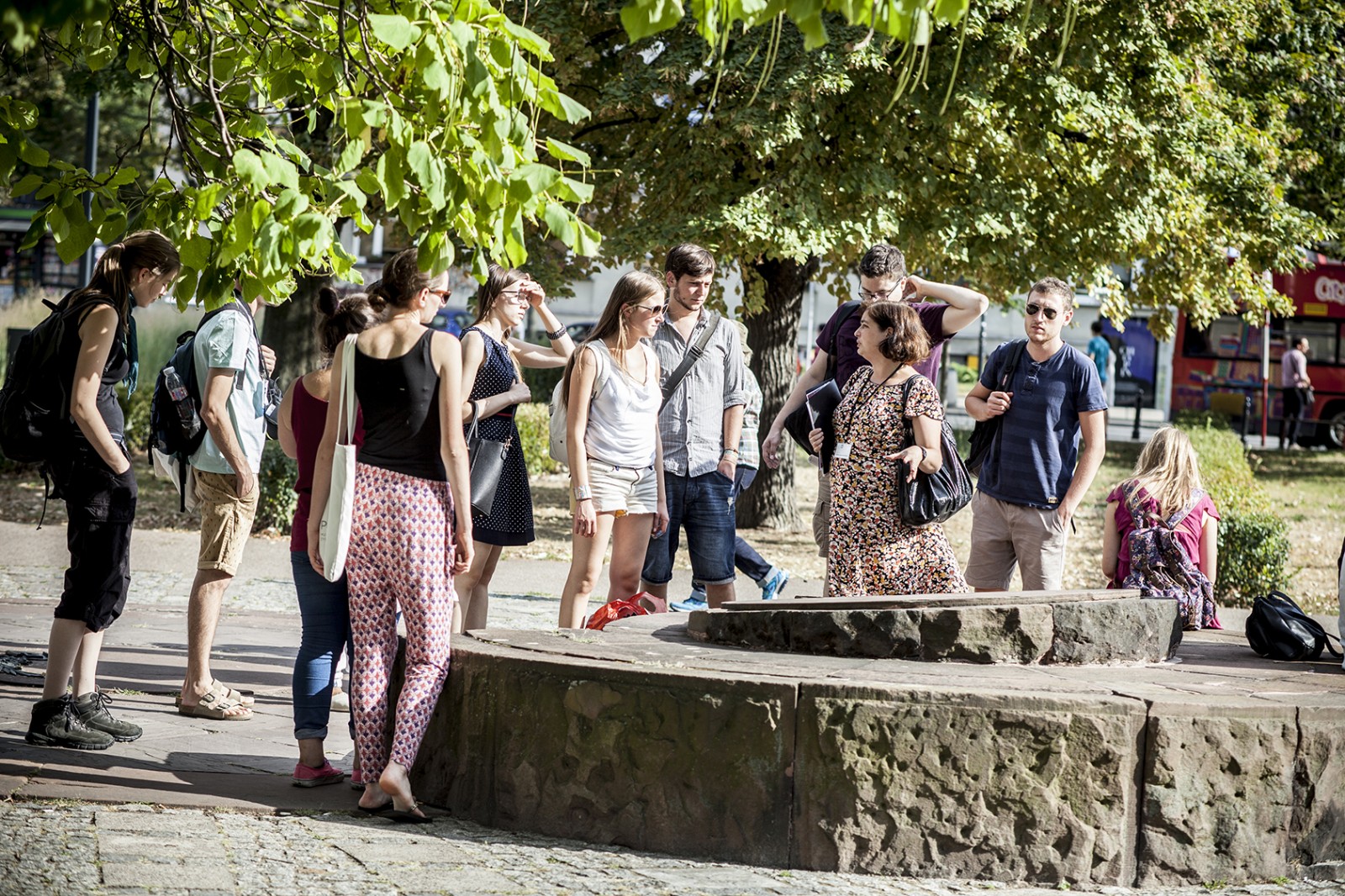 On the last day of August the first edition of the Polin Meeting Point Summer School ended, it was operated under the Education Fund, Nissenbaum Family Foundation. The theme of this year's edition was the conclusion of World War II - the history and memory of. As part of the two-week school, which was attended by students from Poland, Germany and Israel, there were held, among other things, workshops, lectures and discussions.

70 years after the end of World War II, we have decided to ask the participants of the school about how it looked, the “landscape after the battle” – said Magdalena Dopieralska, program coordinator. We are looking for answers to this question in the multiplicity of narratives about the end of World War II, in the national perspectives of Poland, Germany, and Israel. We are faced with triumphant “monumental” history and the personal stories of ordinary people: Jews, Israelis, Poles, and Germans - she adds. Participants in the program looked at historical events from the perspective of various historical narratives, stories of individuals, social memory, artistic expression, media messages, and their methods of commemoration. Students had the opportunity to analyze this historical event as a broad research problem, they applied interdisciplinary tools to the study of history and moving in this complicated topic intersecting Israeli-Polish-German memory.

As a multinational group, we explored national narratives of history, society, and remembrance. We met people from key places around Europe, and besides talking, had a lot of fun too. All of that in the wonderful and privileged setting of the Polin Museum in the heart of Warsaw. The Polin Meeting Point  program is not only exciting, educational and eye-opening, but also an experience you won't forget (Omri, Israel).

In preparing their own artistic project under the guidance of the artist-curators - Krystyna Piotrowska and Yael Levi Vishnizki – the participants confronted in turn their own memory, experience, and cultural baggage. They faced the question of whether or not the memory of 1945 is, for them, an important point in history. They sought inspiration in conceptualizing and preforming art. They tried to express their answer in work involving various media: photography, video art, and action with space and the body. The resulting projects “opened” so that we were able to invite the public to a joint discussion on the 70th anniversary of the end of World War II.

The school’s program provoked discussions, questions, and scientific research: I think that a seminar like the one held at the Polin Musuem, is a sort of energy injection for people who are really interested in the past and are the ones to deliver what they know for others. I can see how a seminar like this supports contact between students with the same academic background from 3 different countries (Eyal, Israel).

This meeting of students and faculty from Israel, Germany, and Poland made it possible to create a space to study the issue of the aftermath of World War II from different national perspectives: This time was very intense and I learned a lot about the national narratives of each nation taking part. Learning more about the perspectives of Poland and Israel was especially interesting for me. Moreover, I have learned a lot about these two countries. Also very exciting was the numerous conversations between the participants from all three countries. The intercultural exchange was great (Sylvia, Germany). In turn, the work and thought spent analyzing this historical event contributed to discussions about the contemporary relationships between nations: The Polin Meeting Point is a great intercultural educational experience to understand the perspectives of other countries regarding WWII remembrance and also to build personal international friendships. Programmes like this contribute to a world in which people can live together peacefully (Ines, Germany).

The opportunity to enter into intercultural dialogue was the one most frequently emphasized by participants in the program: With PMP the main thing was that it was a chance to meet with students from the three countries, which connects their history. In addition to the academic layers that formed the basis for discussion, the interaction between the participants was important. Everyone learned a lot about themselves, we also had the opportunity to revise our worldview (Ewa, Poland).

As emphasized by the representatives of the Nissenbaum Family Foundation (project donors) this was the first of five editions of the Summer School implemented jointly with POLIN Museum and the Association of the Jewish Historical Institute, which aims at building intercultural dialogue through education and the arts.

The summer school program was created under the supervision of the members of the Programme Council, composed of: Prof. Dr hab. Bianka Petrov-Ennker (University of Konstanz), Dr hab. Jolanta Żyndul (POLIN Museum), and Dr. Yael Granot-Bein (University of Haifa).

The implementation of the project is possible due to the support of Nissenbaum Family Foundation.