Prof. Jerzy Tomaszewski, co-founder of the Museum, has passed away 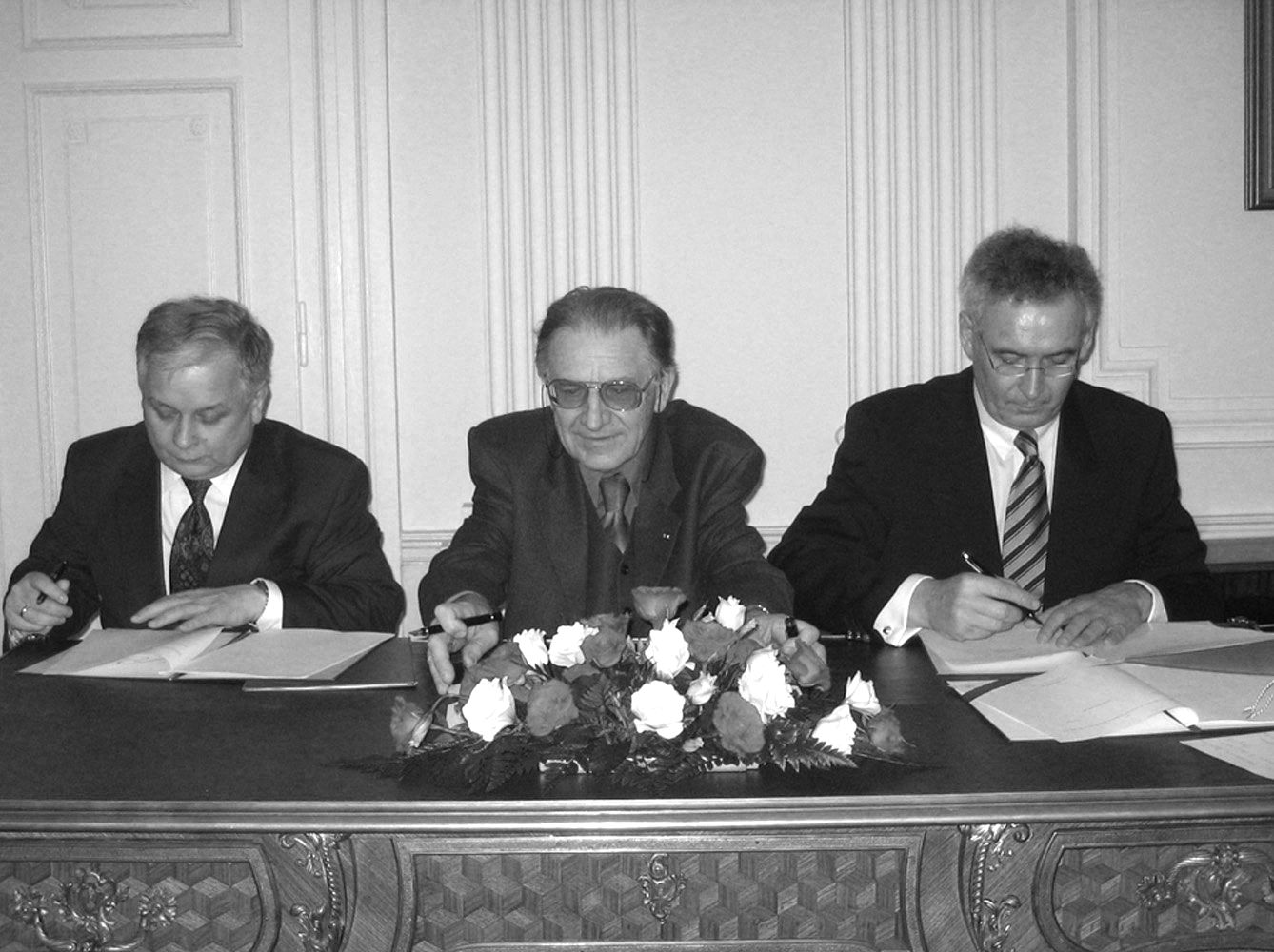 Jerzy Tomaszewski was an outstanding historian, author of numerous publications devoted to the history of Jews in Poland. He was a professor at the University of Warsaw where he was Director of the Mordechai Anielewicz Centre for the Study and Teaching of the History and Culture of Jews in Poland. From 1970, he was a member of the Scientific Council of the Jewish Historical Institute and from 1985 - a member of the Institute’s Board of Directors.

He served as Deputy Chairman of the Jewish Historical Institute Association. In 2005, together with the Minister of Culture and National Heritage and the Mayor of the Capital City of Warsaw, he signed an agreement officially establishing the Museum of the History of Polish Jews.

He was a member of the Editorial Board of The Bulletin of the Jewish Historical Institute, The Quarterly of the History of Jews and an annual publication entitled Polin. Studies in Polish Jewry. He continued his scientific and research work also after having retired in 2002. He was also a member of the Programme Council of the “Open Republic” Association Against Anti-Semitism and Xenophobia.

He was the author of a few dozen books and numerous scientific articles including Zarys dziejów Żydów w Polsce w latach 1918–1939 (The Outline of the History of Polish Jews 1918-1939) (1990), Mniejszości narodowe w Polsce XX wieku (The National Minorities in Poland in the 20th Century) (1991), Preludium zagłady. Wygnanie Żydów polskich z Niemiec w 1938 r. (The Prelude to the Holocaust: The Exile of Polish Jews from Germany in 1938) (1998), Izrael (Israel) (2001). In 2013, Prof. Jerzy Tomaszewski contributed to the Virtual Shtetl portal entries from the glossary Polish Jews: History and Culture A Dictionary, a publication which he edited.

POLIN Museum and Polish science have suffered an enormous loss.