Welcome to POLIN Museum – and its newly opened Core Exhibition! 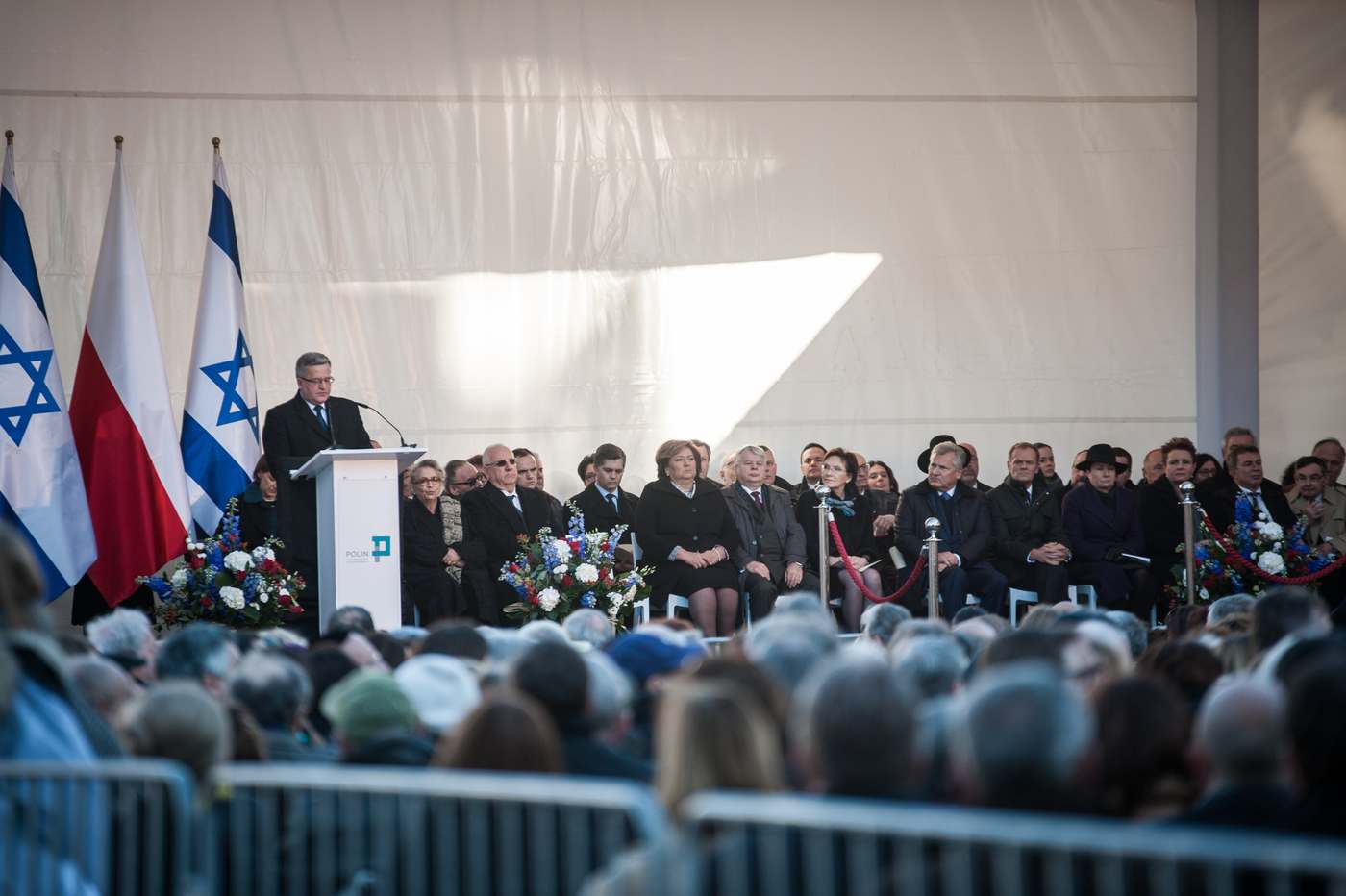 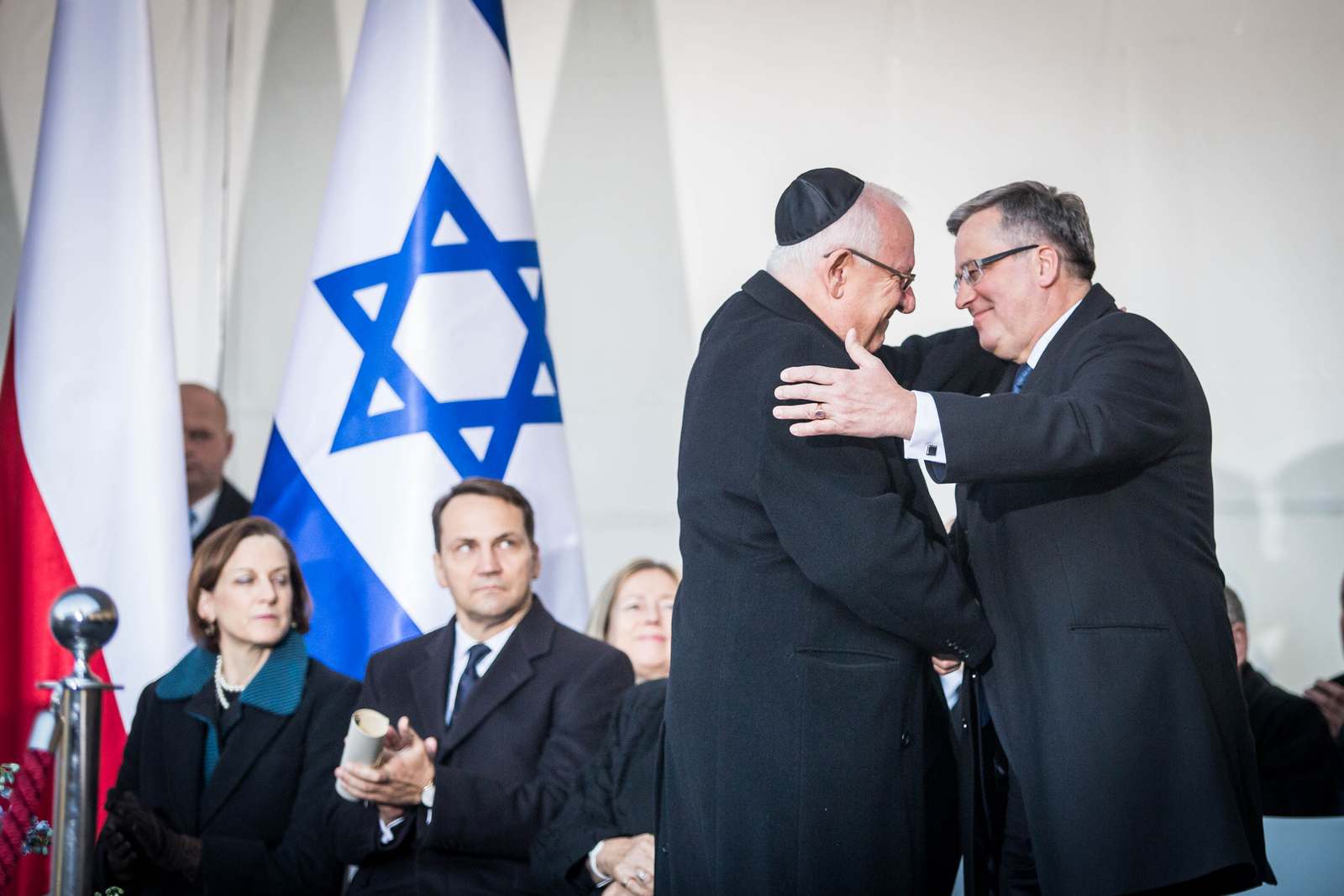 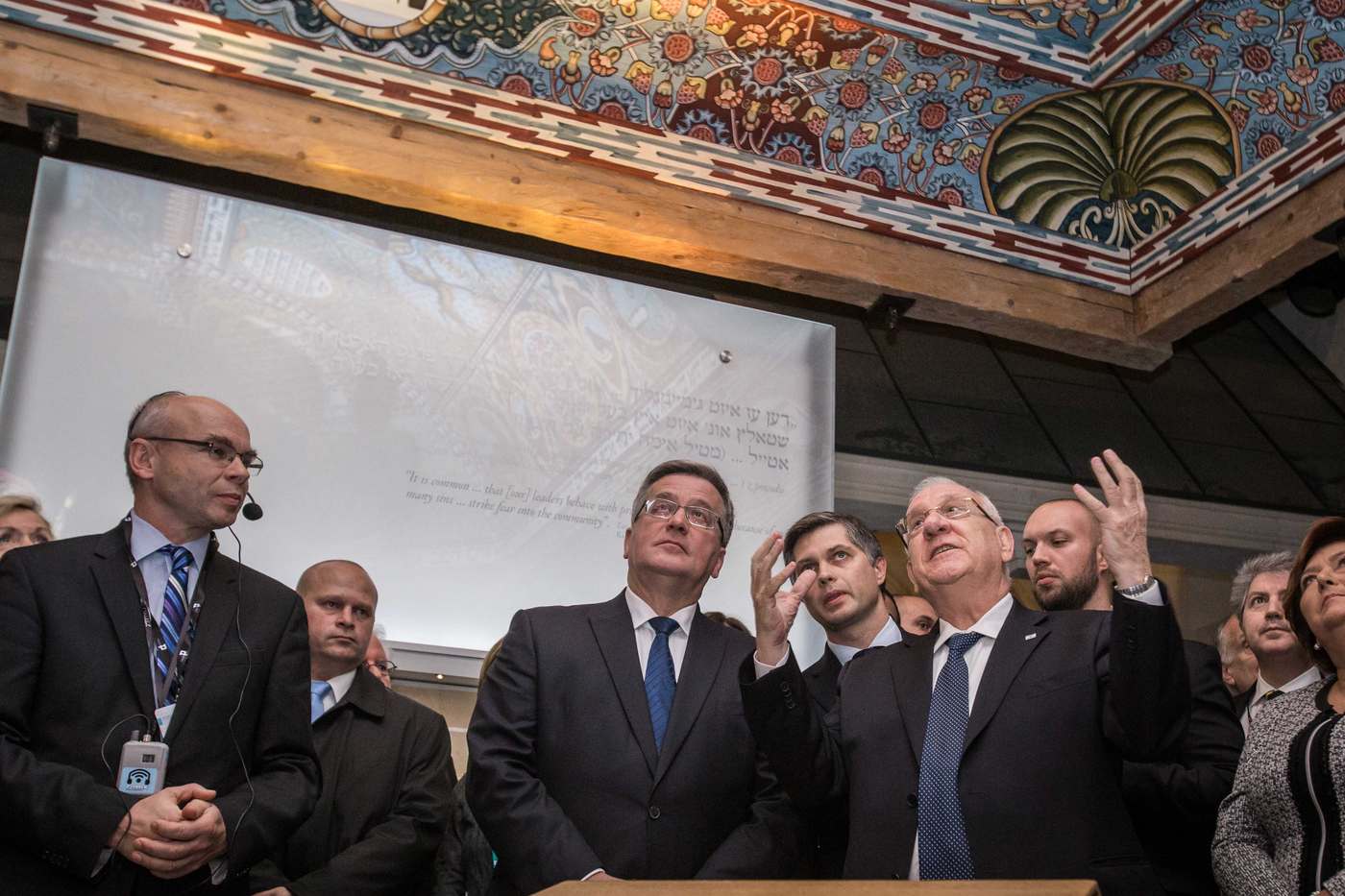 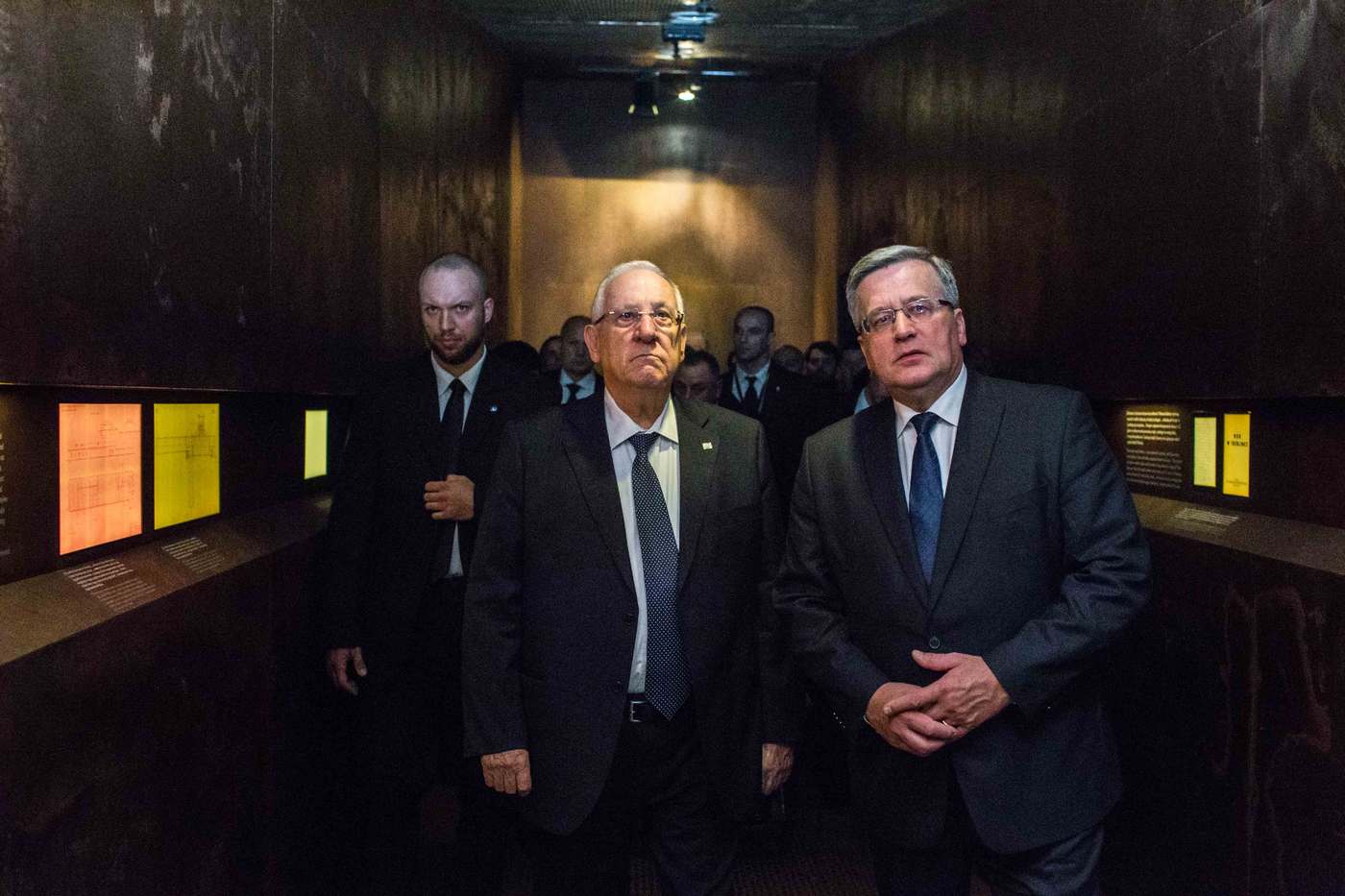 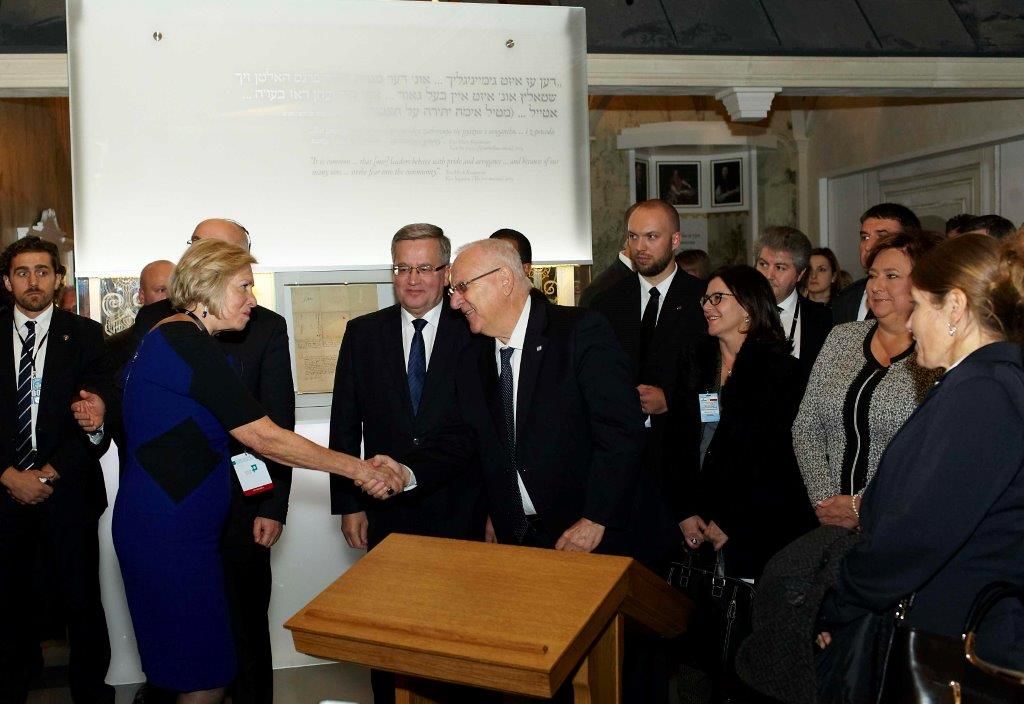 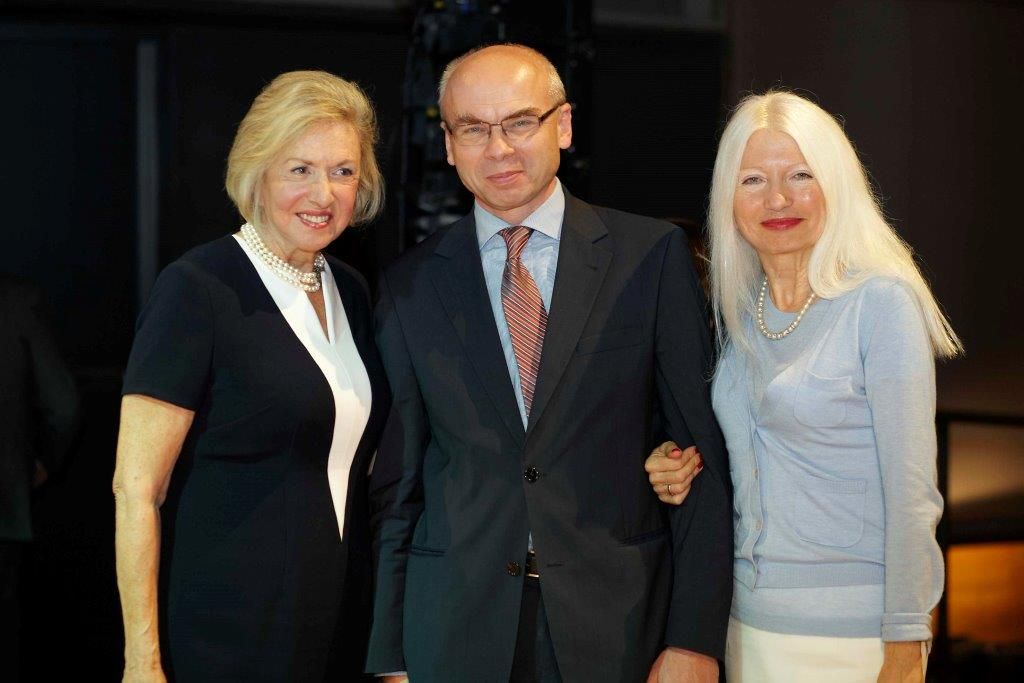 The Grand Opening ceremony was attended by the President of the Republic of Poland Bronisław Komorowski, and the President of the State of Israel Reuven Rivlin (on his first foreign visit), the Prime Minister of Poland Ewa Kopacz, Marshalls of the Sejm and Senate, the Mayor of Warsaw, as well as several foreign delegations. The event brought together over 1500 guests and was covered by over 600 journalists.

The exhibition was symbolically opened by two generations of Polish Jews – Marian Turski, Chairman of the Museum Council, a Holocaust survivor, and 13-year-old Joanna Widła, a graduate of the Lauder-Morasha School in Warsaw. Throughout the day the guests visited the Core Exhibition, and in the evening they joined the public at the open-air performance Playing Openly, featuring David Krakauer and Tomasz Stańko, among others. It was the first of a wide variety of events planned within the framework of the Museum’s three-day Opening Festival.

I am glad to be opening the Museum’s exhibition under its wonderful name Polin. Polin means “here you will rest,” which was how Jews referred to Poland in Hebrew, President of Poland Bronisław Komorowski recalled in his speech. And not without reason. For centuries multinational, multi-religious and tolerant Poland was a safe haven and a generally friendly place. It shone as an exception on the map of Europe. The downfall of the Polish state, its partitioning in the late 18th century, put an end also to that Polin.

[…] This museum constitutes a telling sign of the changes that have been occurring ever since Poland won its freedom 25 years ago. Indeed, without Polish freedom this museum would not have been possible in its present form. One of the central themes in our drive to freedom was to put right the account of history that had been corrupted, manipulated and distorted in so many ways during the non-democratic communist era. This effort was badly needed with respect to the entire modern history of Poland, including the history of Polish Jews and Polish-Jewish relations.

Only […]  parallel stories of greatness and smallness, heroism and cowardice, sacrifice and crime, life and death, can bring the idea of Polin back again, Komorowski said.

I cannot declare: “I am Polish.” Yet, I cannot deny the special position of Poland and Polish origins of my Jerusalem family, deeply rooted in the complex history of Poland, said the President of Israel Reuven Rivlin. And although Jews were torn away from Poland, it is difficult, or even impossible to tear Poland away from Jews. It is impossible to erase history so rich, so full, and so extremely painful. […] It seems to me that the Polish society becomes more and more courageous in confronting themselves on a day-to-day basis; in confronting its past and its future. Only through this kind of courage shall we be able to write – and we have already started that process – a new, promising chapter of our mutual history which we have shared throughout centuries.

The Director of POLIN Museum Dariusz Stola noted that the Museum is, metaphorically, a fulfilment of the last wish of painter Gela Seksztajn. On the first of August 1942, during the darkest moment in the history of Warsaw’s Jews, [Seksztajn] deposited her artworks and a letter in the underground archive of Emanuel Ringelblum. The letter, essentially her last will, reads: “I donate my work to the Jewish Museum to be founded in the future to restore the pre-war Jewish cultural life up to 1939, and to study the terrible tragedy of the Jewish community in Poland during the war.” Today, when we open the Core Exhibition of the Museum of the History of Polish Jews, we fulfill her last will and testament, Professor Stola said.

But POLIN Museum of the History of Polish Jews tells a story that is much broader than the story of the Holocaust. This message accompanied the performance Playing Openly which illuminated the square next to the Museum that evening. In the first part, we heard the legendary New York clarinetist David Krakauer, one of the chief exponents of the revival of traditional Jewish music. Next, actors, singers and students from the Warsaw Academy of Dramatic Art played an exceptionally moving performance We, Polish Jews  directed by Andrzej Strzelecki.

The cast included Natalia Sikora, Katarzyna Dąbrowska, Piotr Machalica and Mietek Szcześniak. The grand finale of the evening was Tomasz Stańko’s performance of the Polin Suite, which he composed especially for the Museum. If one was to describe the different sequences of the opening performance triptych, then the first part might be characterized as epitomizing energy, vitality and tradition, the second for memory and history, and the third for hope and the present, said Andrzej Strzelecki.

The opening performance was not only a feast of sound; it was accompanied by incredible visualizations projected onto the Museum façade, turning it into a gigantic, three-dimensional screen. Scenes from the forest, teeming with Jewish legends, quivering timelines, windows onto the past and future, and bursts of energy representing the revival of Jewish culture, appeared among these images.

What next? On 29 and 30 October we invite the world to join us for a veritable tour de force, a rich program of cultural events during the Museum’s Open Days. As the Core Exhibition opens its doors, the Museum comes alive with a wide variety of attractions. Let’s celebrate these moments together.