City of the Damned. Two Years in the Warsaw Ghetto. Ghetto Children 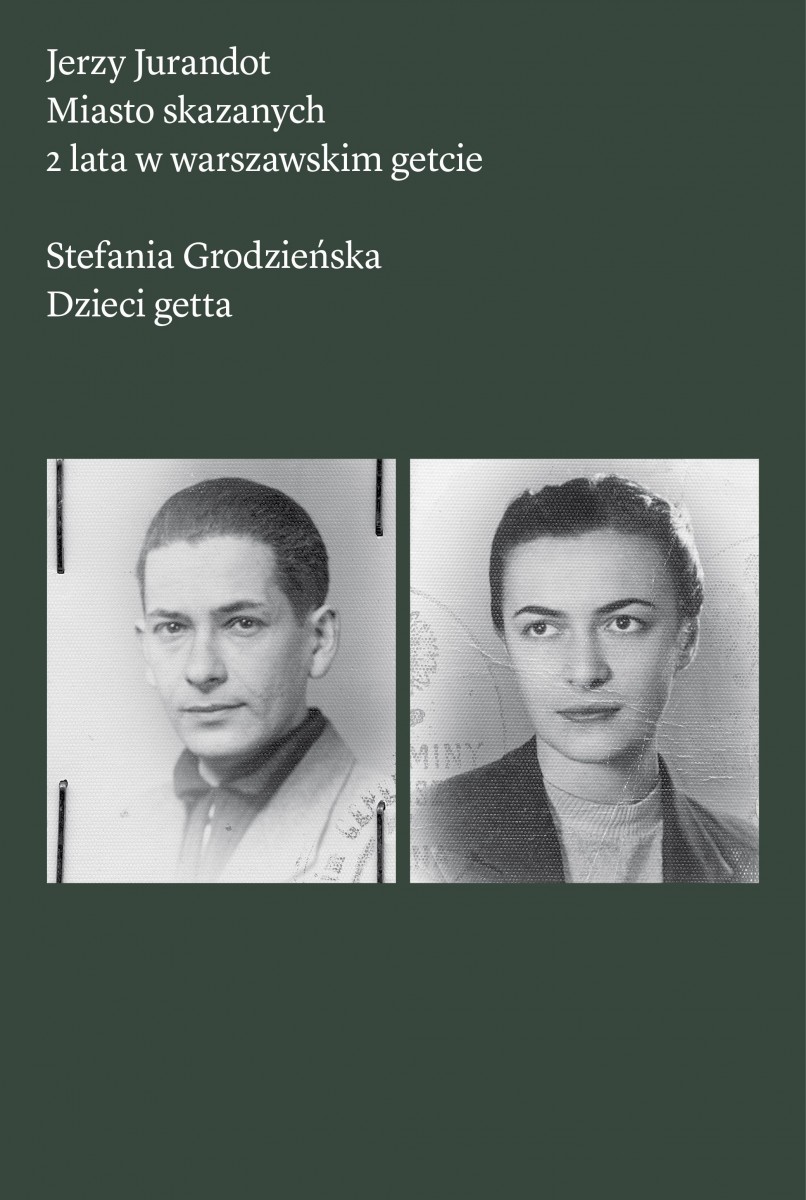 Publisher: Museum of the History of Polish Jews

City of the Damned. Two Years in the Warsaw Ghetto, Jerzy Jurandot’s memoir of the Holocaust, is being published for the first time. The artist, confined in the Warsaw ghetto since the autumn of 1940, survived there until the Great Deportation Operation in the summer of 1942.

In August of that year, aided by friends and his sister, Jurandot escaped to the “Aryan” side with his wife, Stefania Grodzieńska. They hid in Gołąbki near Warsaw, at the home of Zofia and Gabriel Kijkowski at 7 Wiejska Road. It was there that Jurandot composed his memoir and Stefania Grodzieńska wrote her poem cycle, Ghetto Children. The manuscripts were buried in a glass jar in the garden for fear of German reprisals.

Jurandot’s memoir takes up most of the book. Also included in the volume are his 7 fictionalised short stories based on real persons and events, the play Love Looking for a Home written in the ghetto and stored in the Oyneg Shabes Archive, and essays from the 1970s, Put On Your Armband and Laugh, along with the author’s preface to the main memoir, written at that time.

Nearly 25 years ago the texts were given to Agnieszka Arnold by Jurandot’s wife, Stefania Grodzieńska, with the proviso that they should not be made public while she was alive.