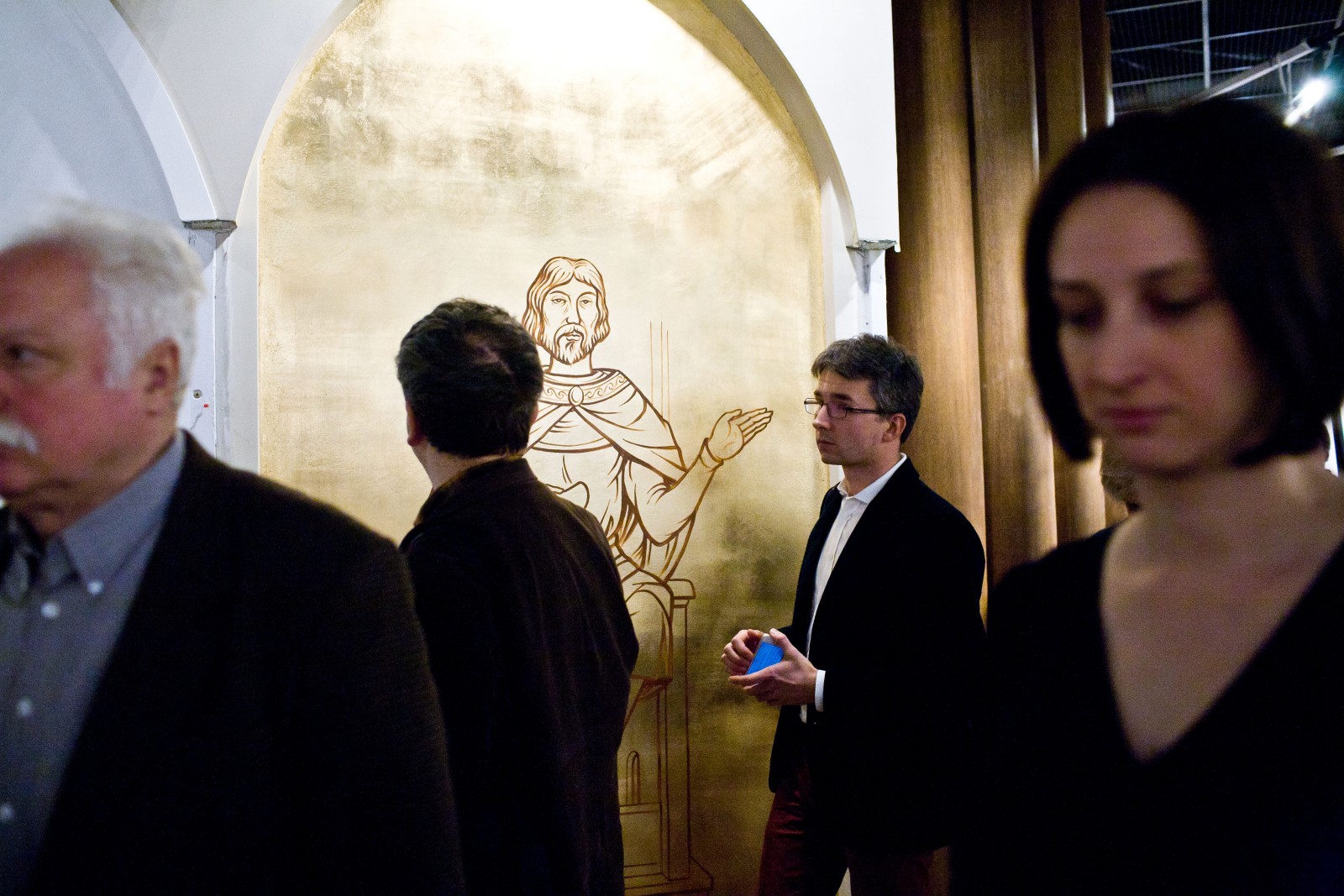 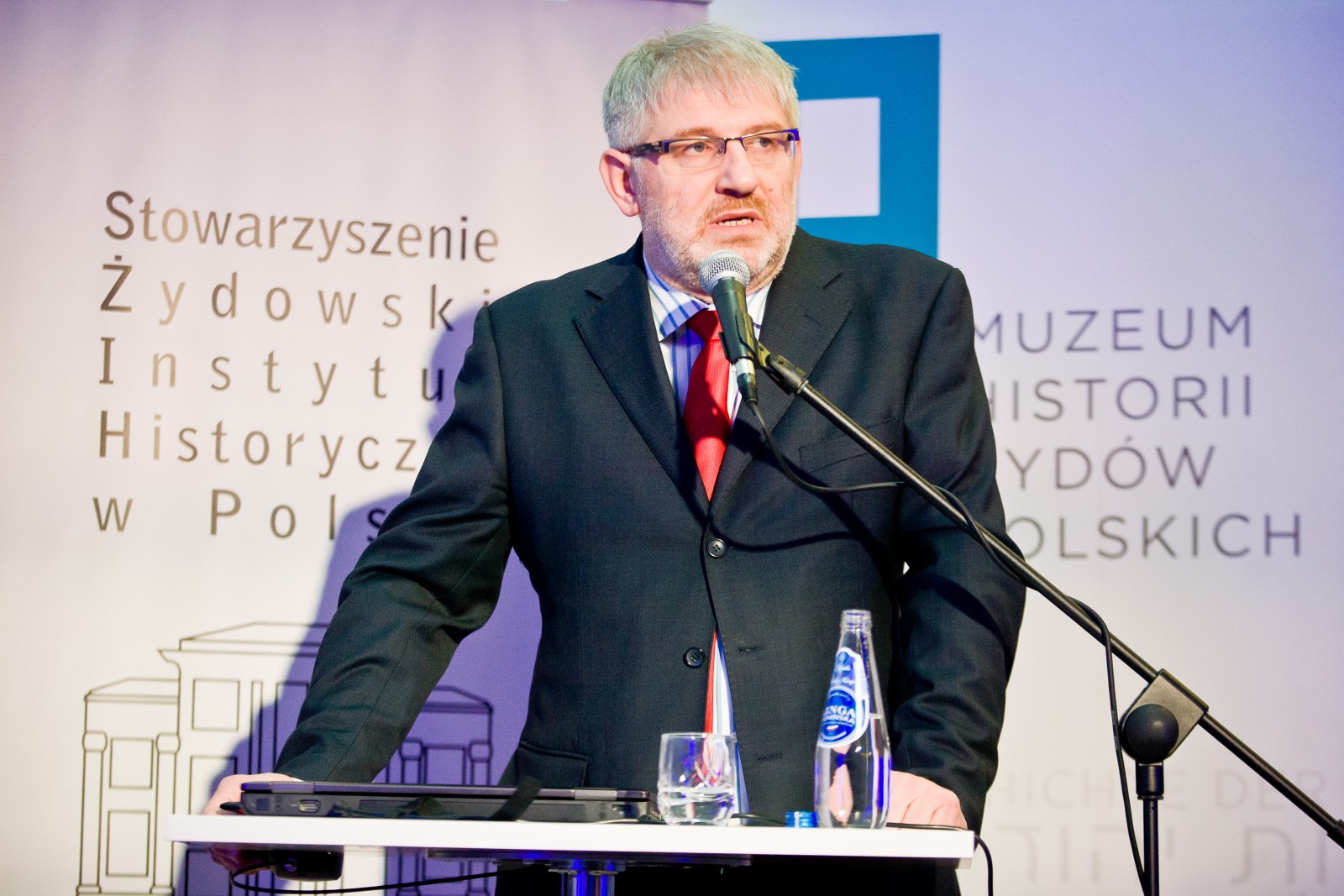 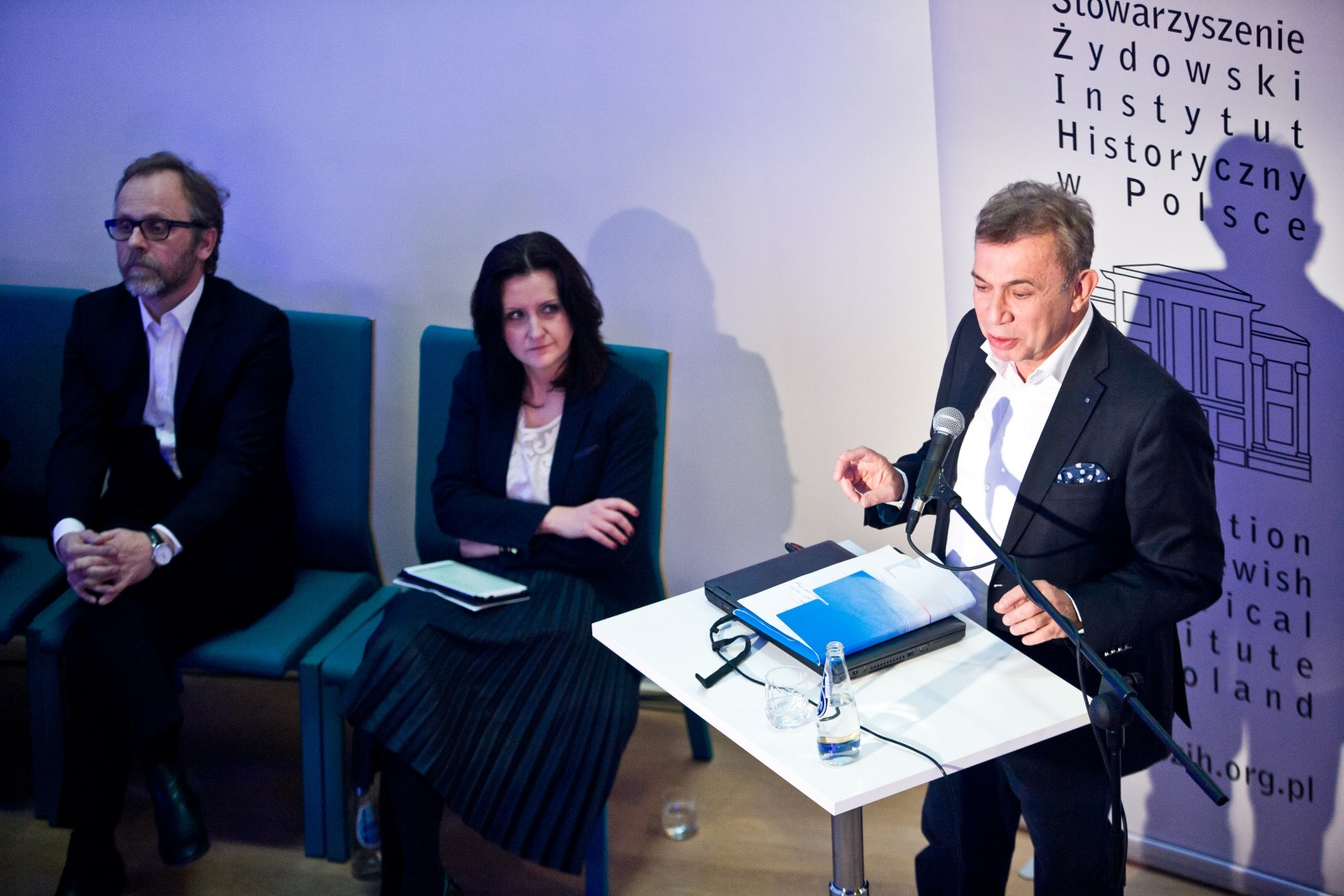 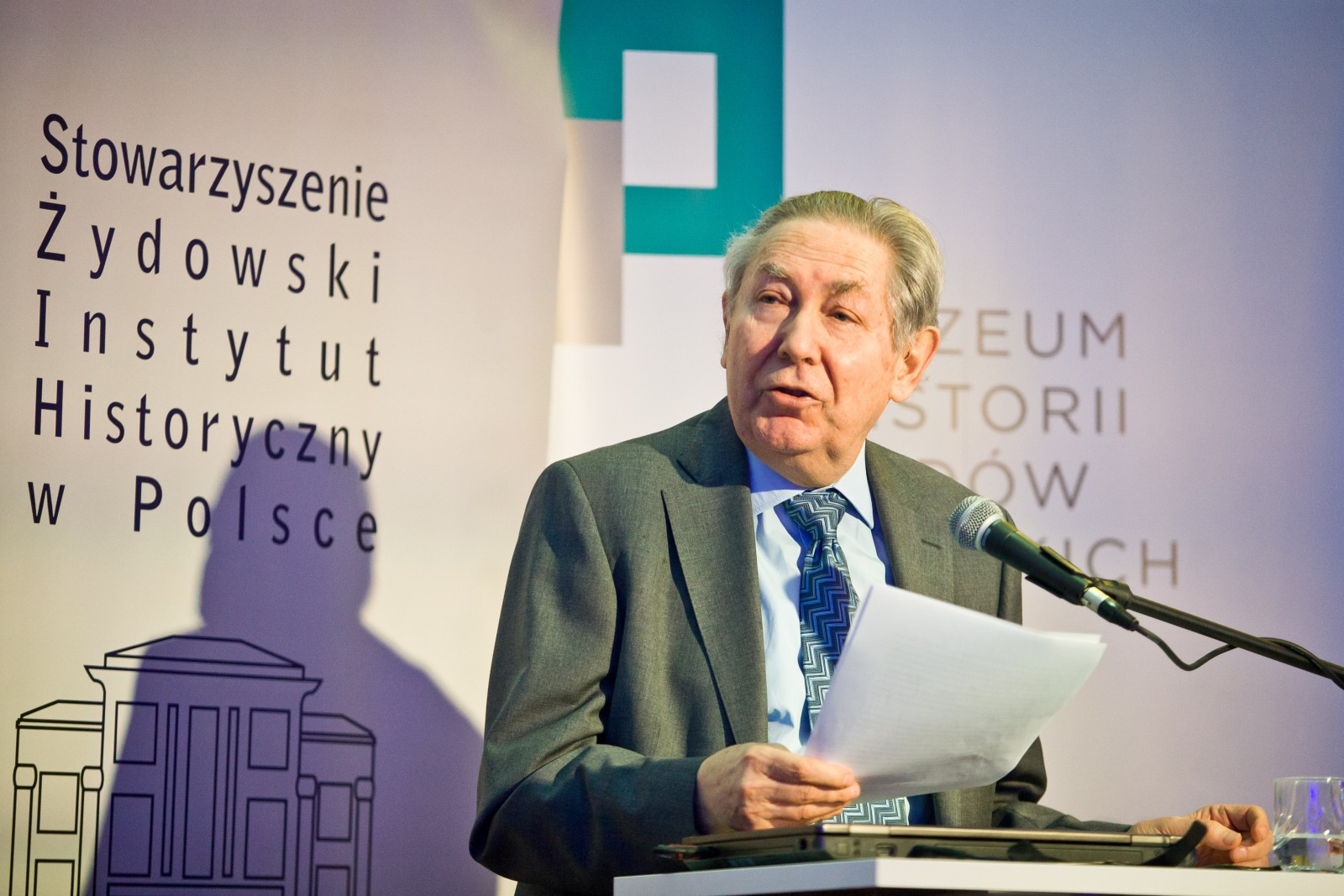 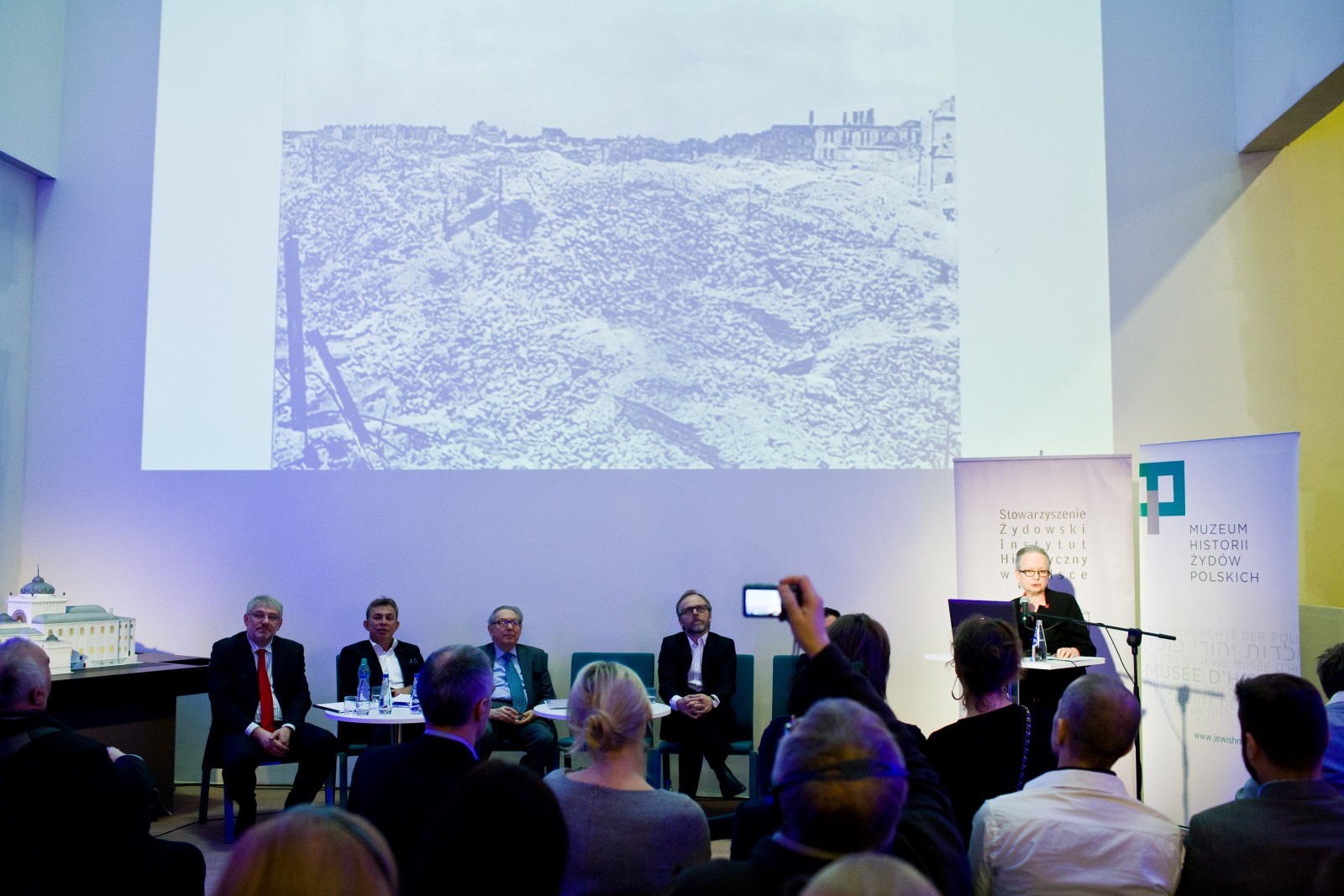 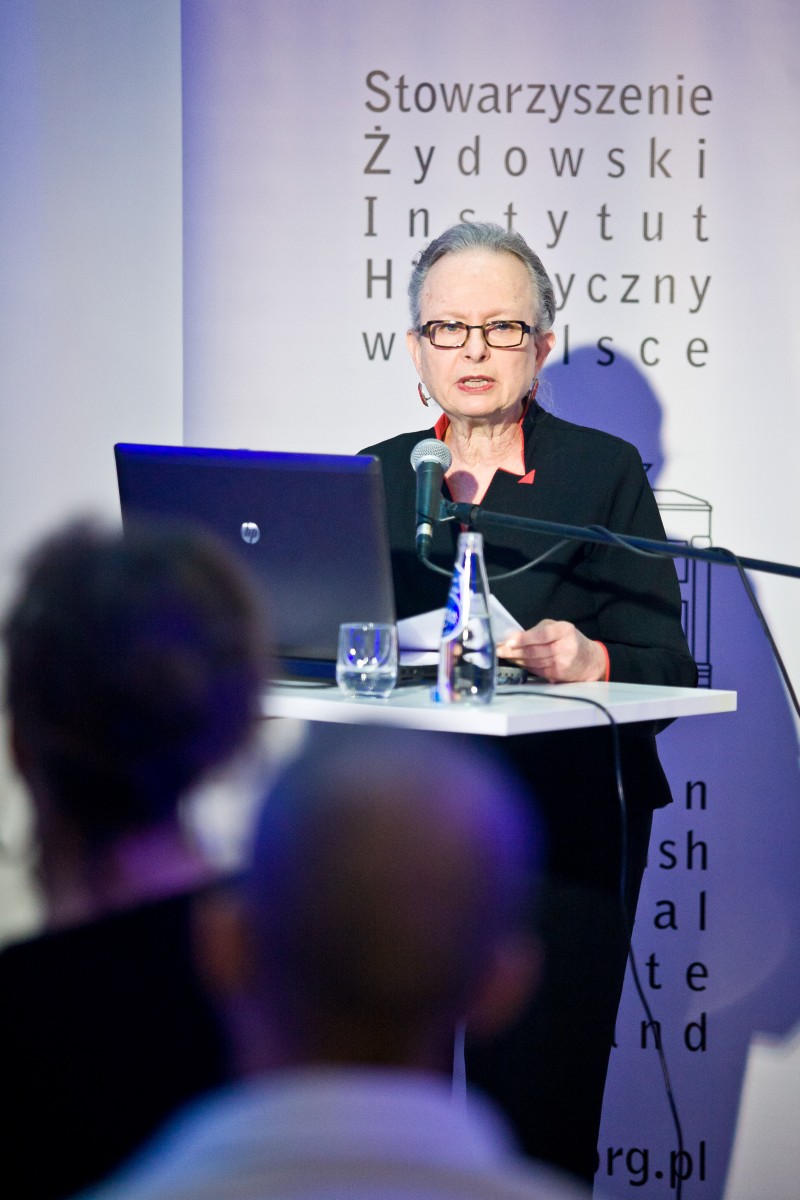 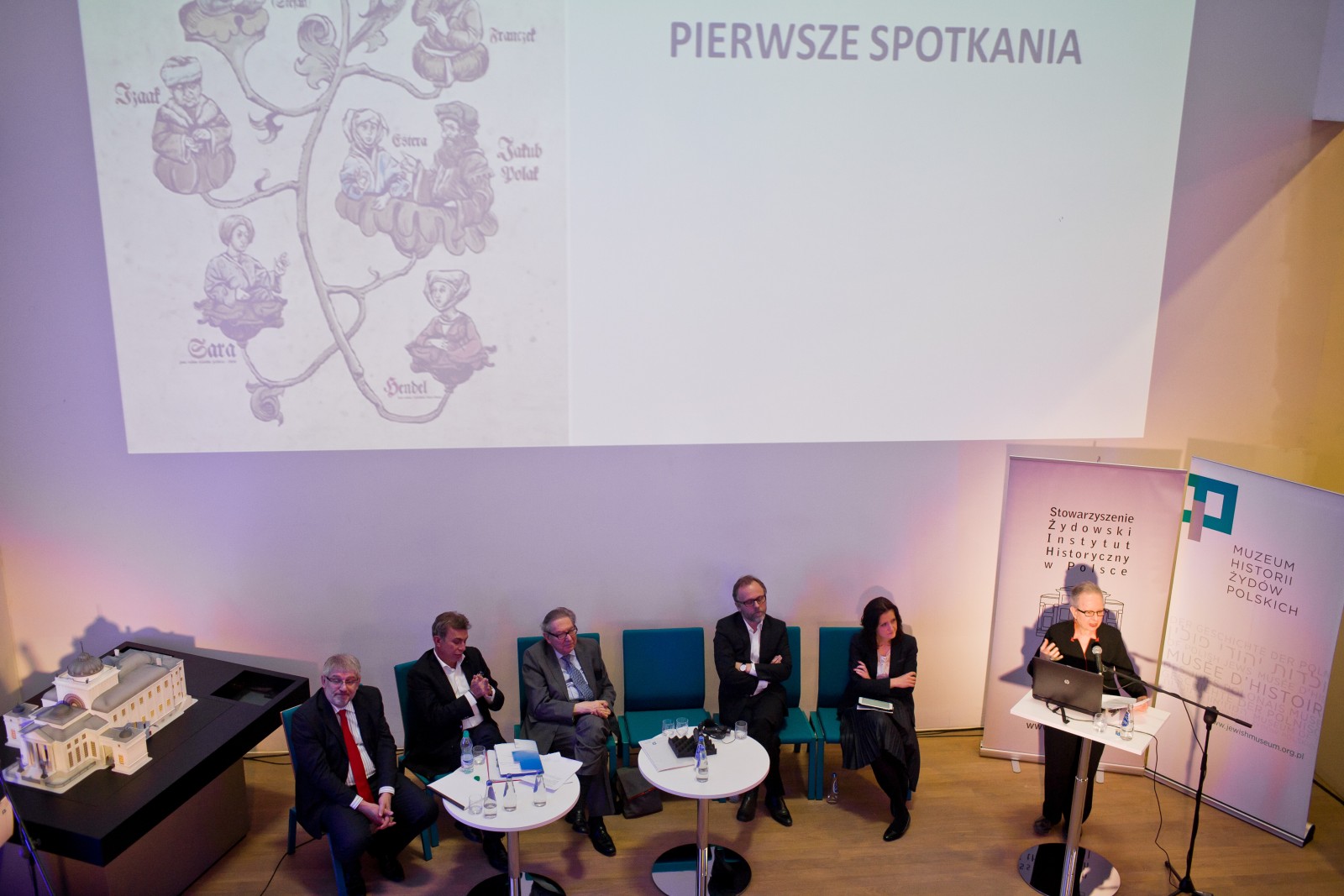 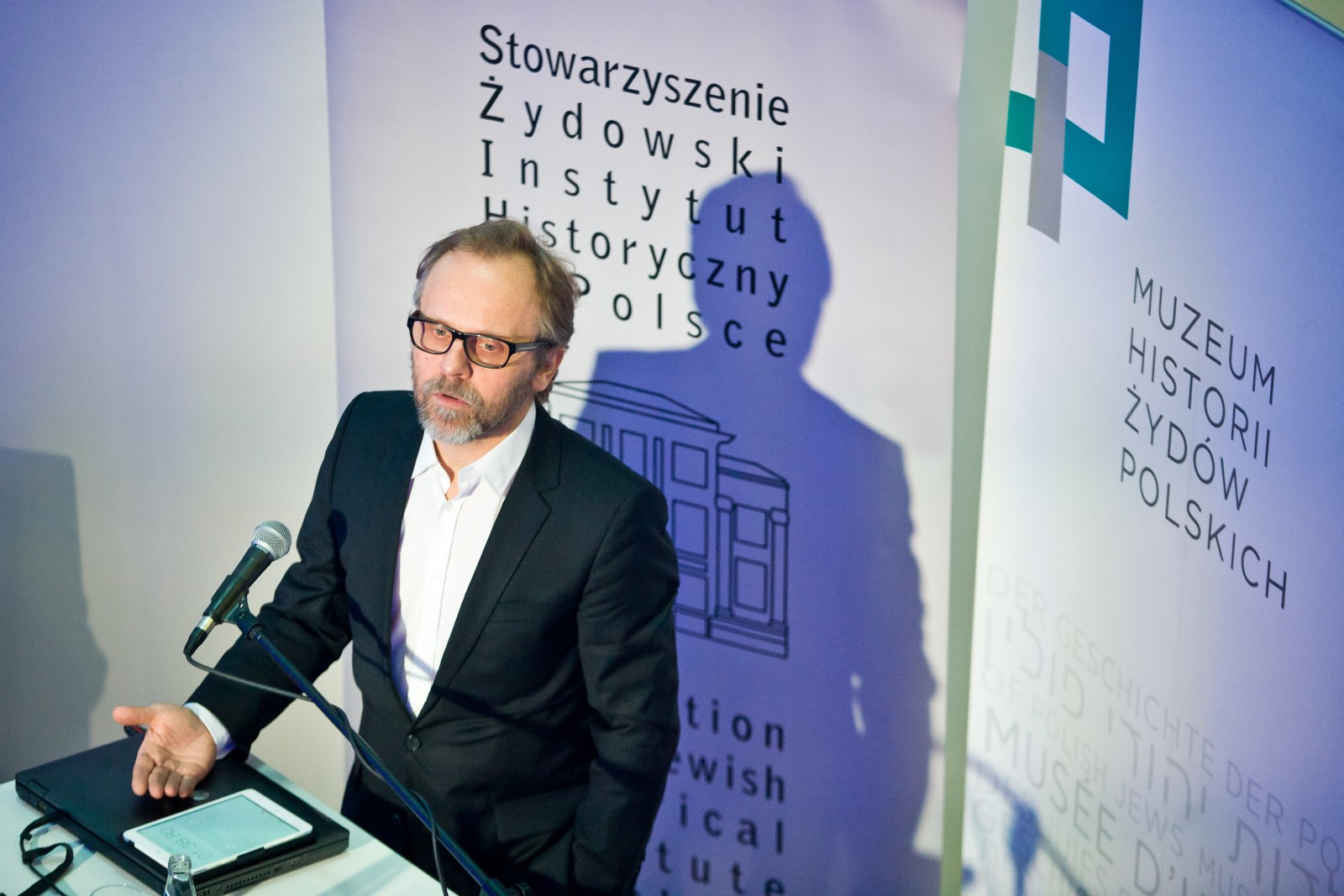 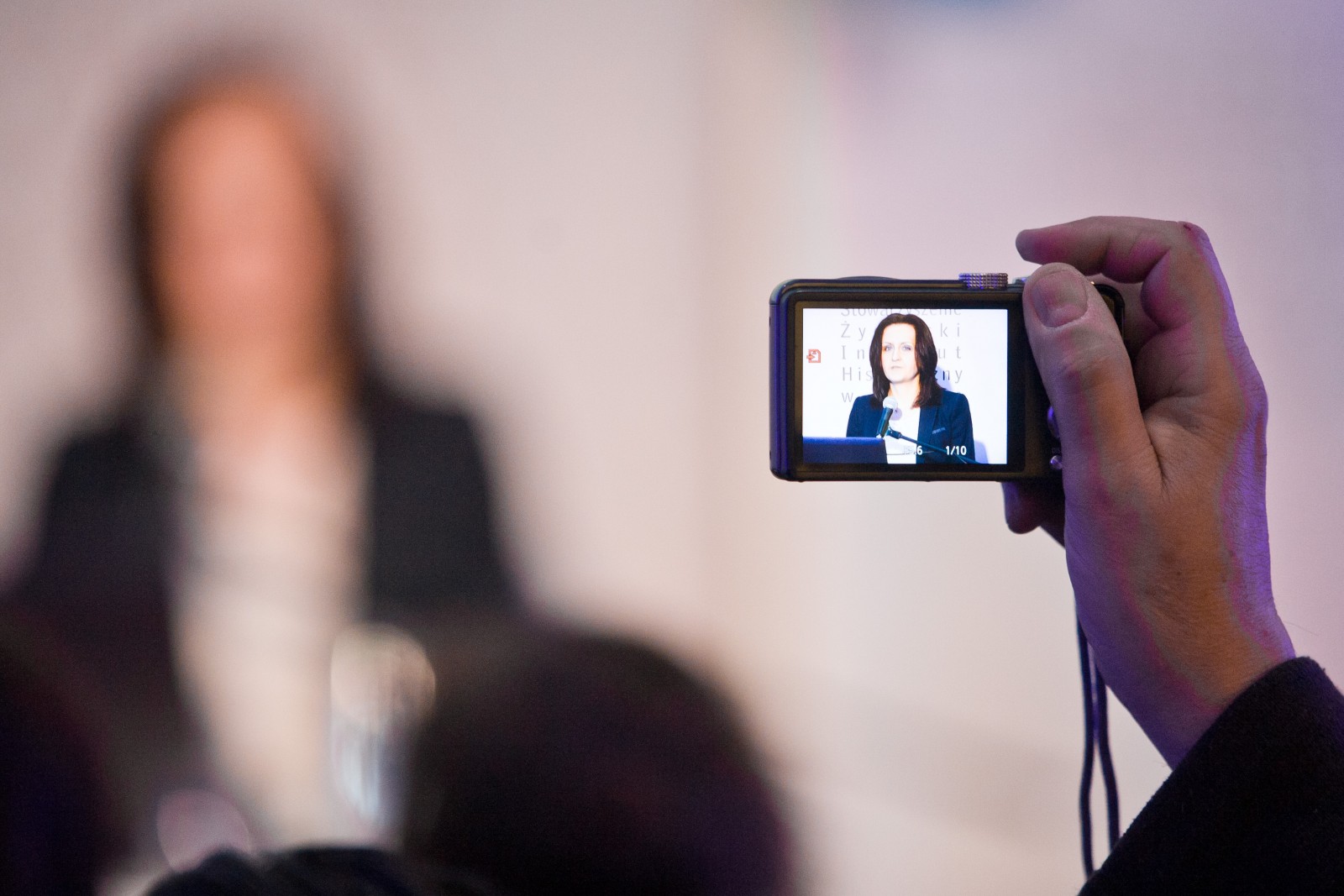 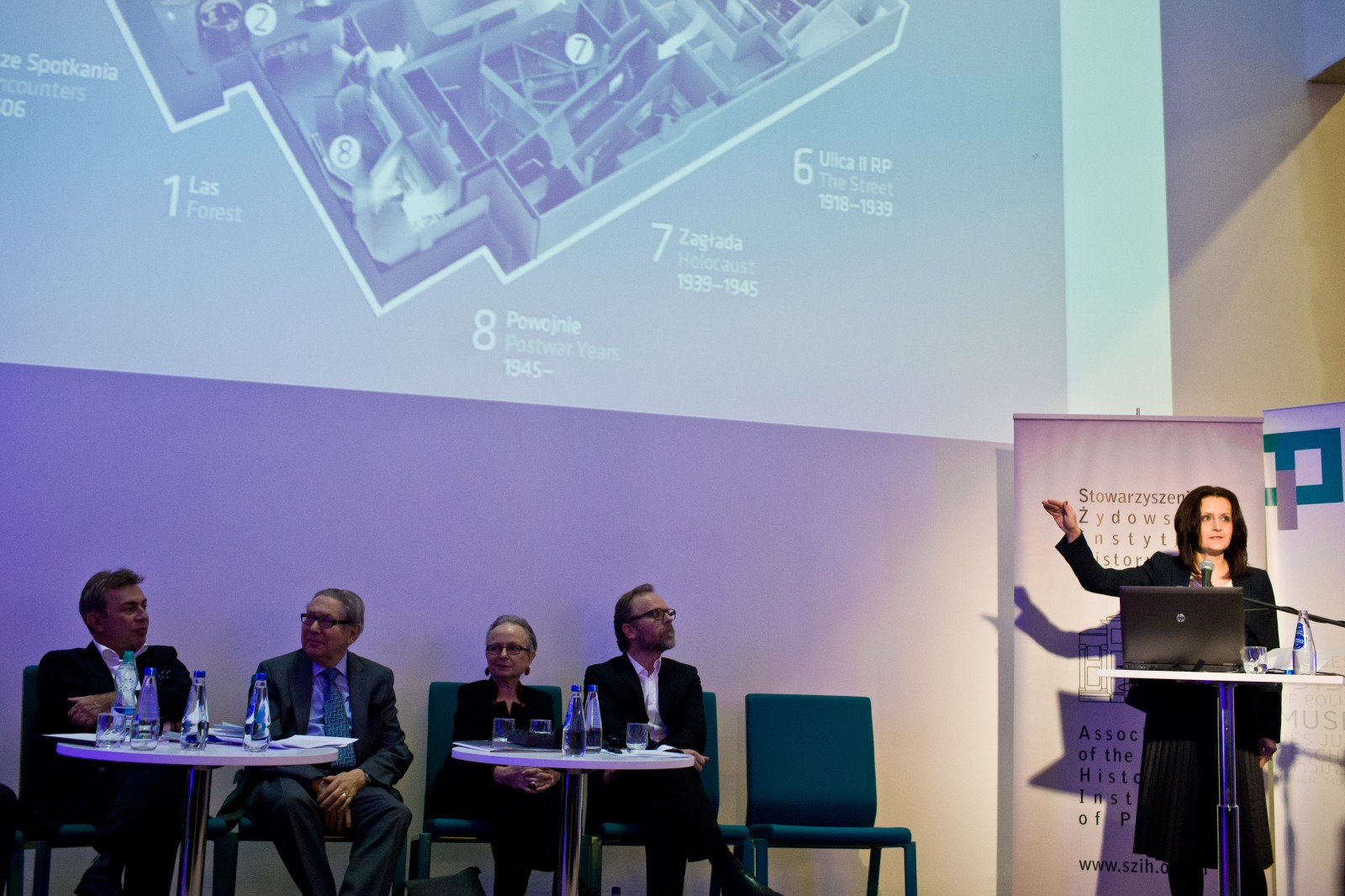 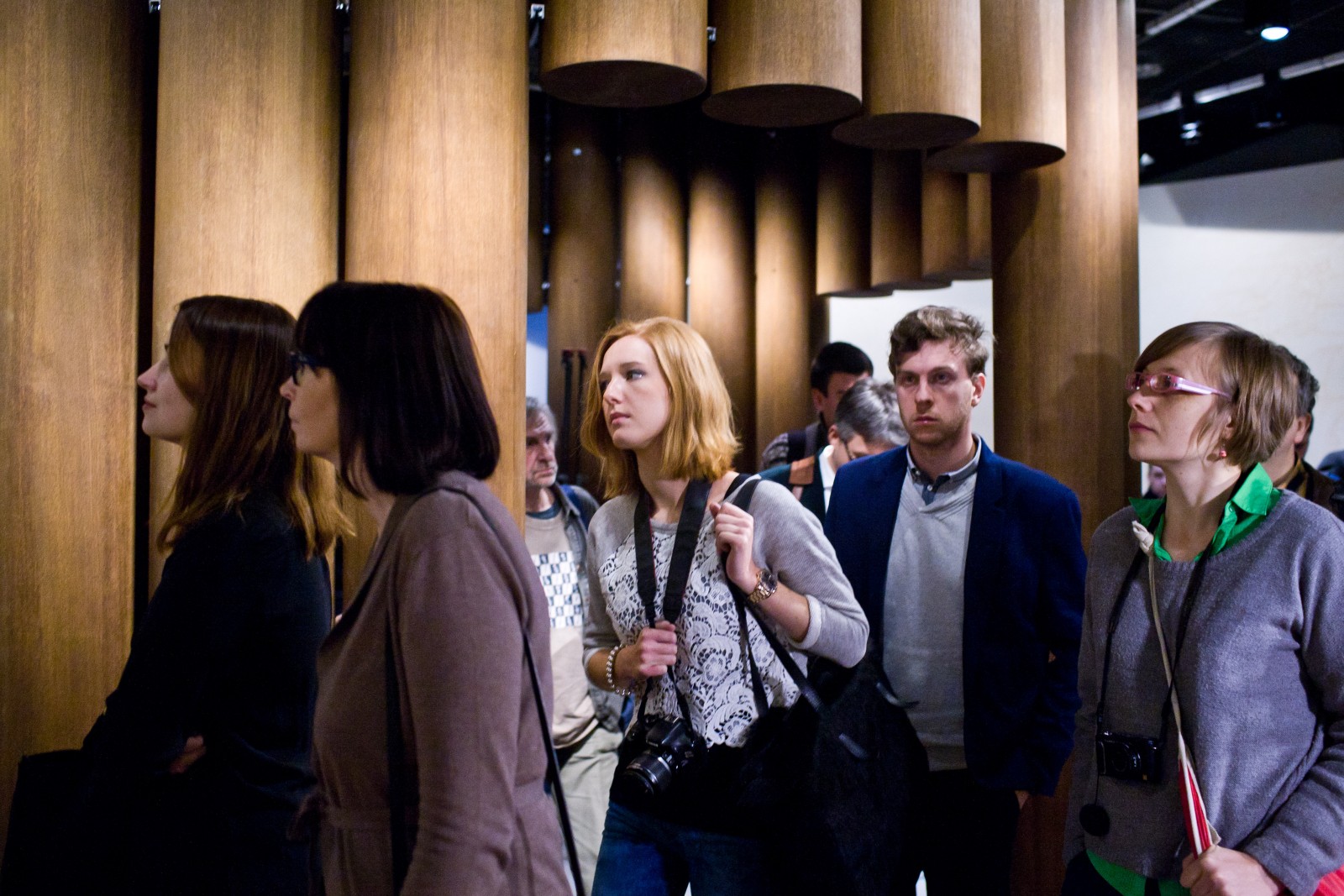 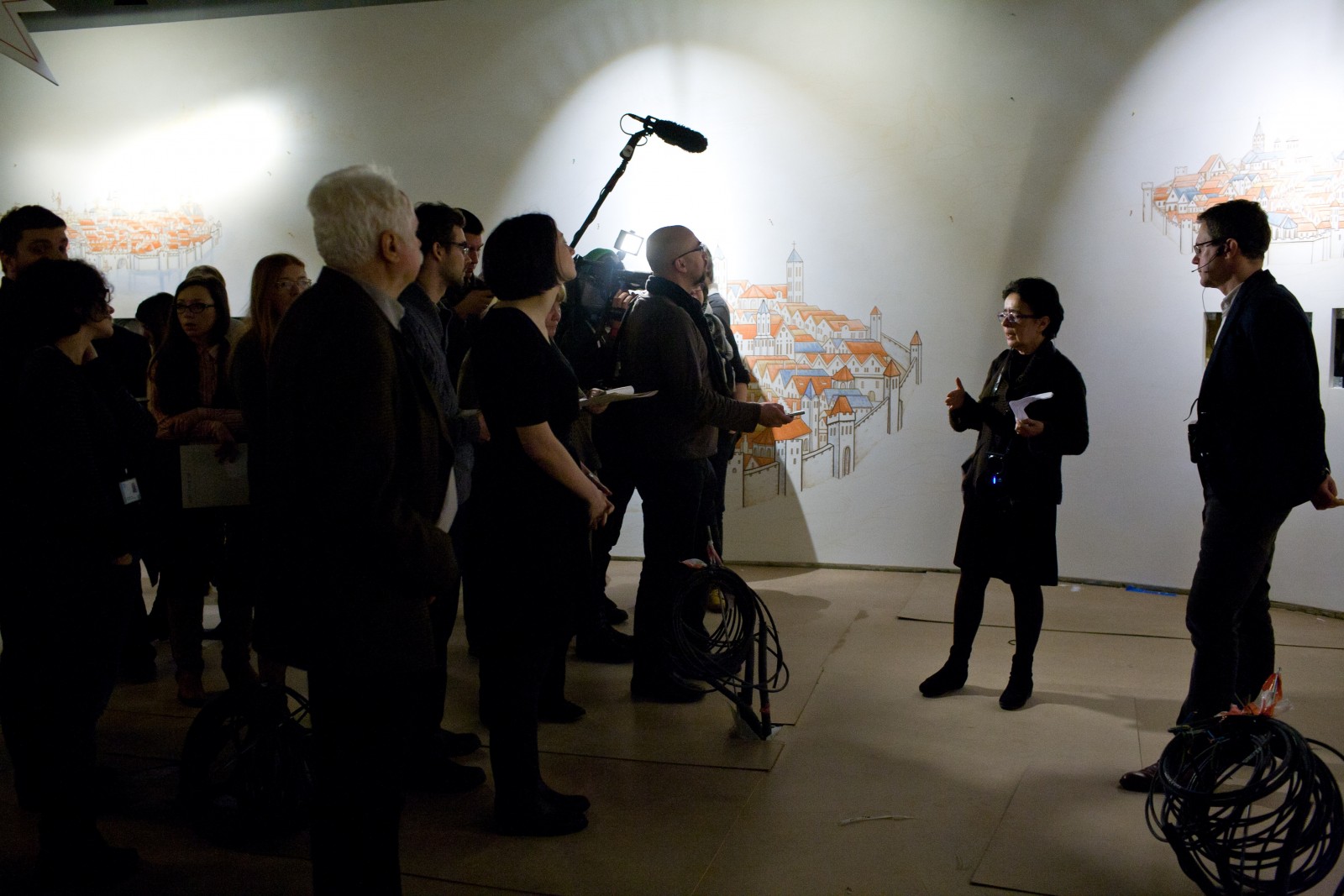 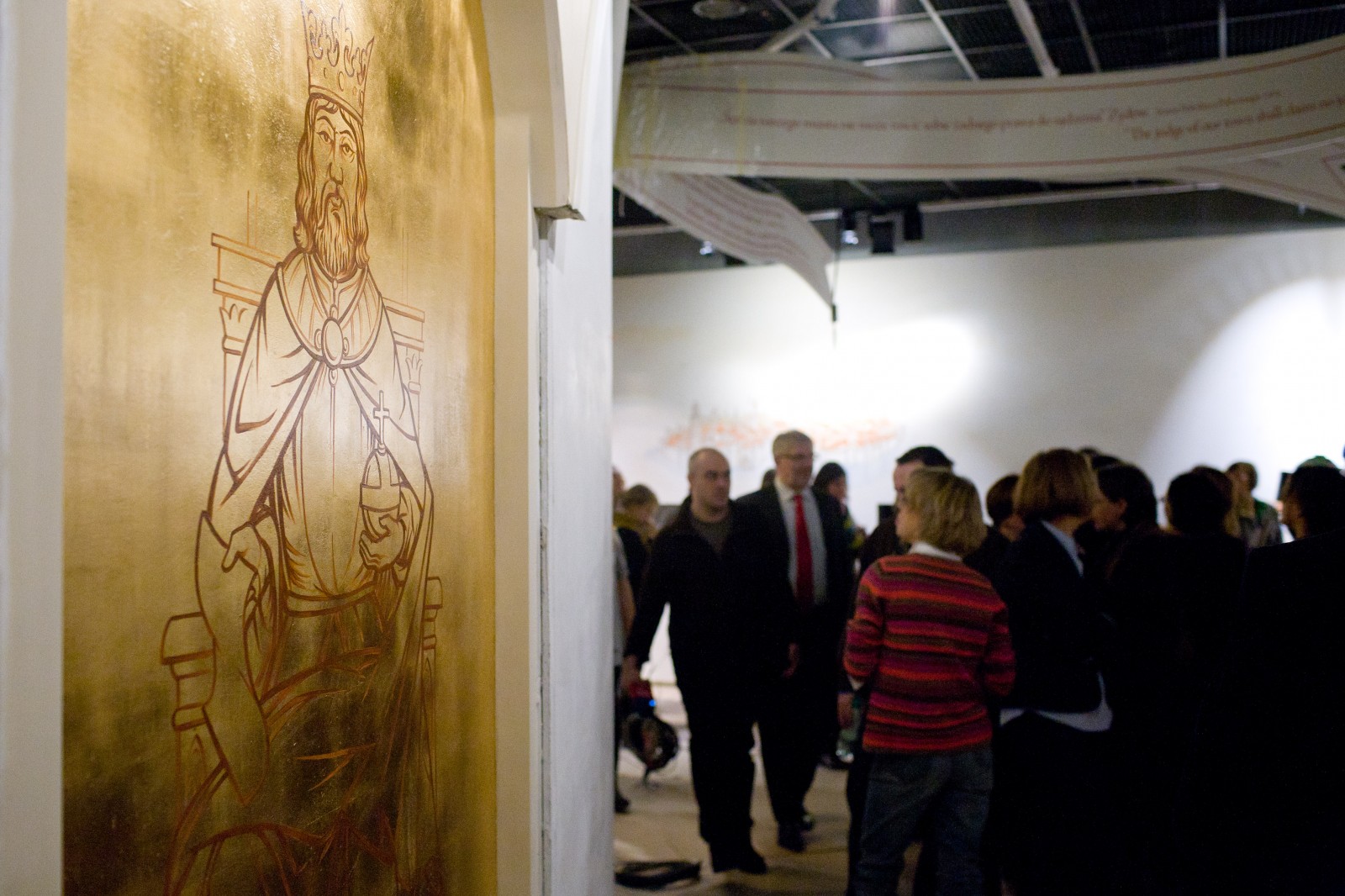 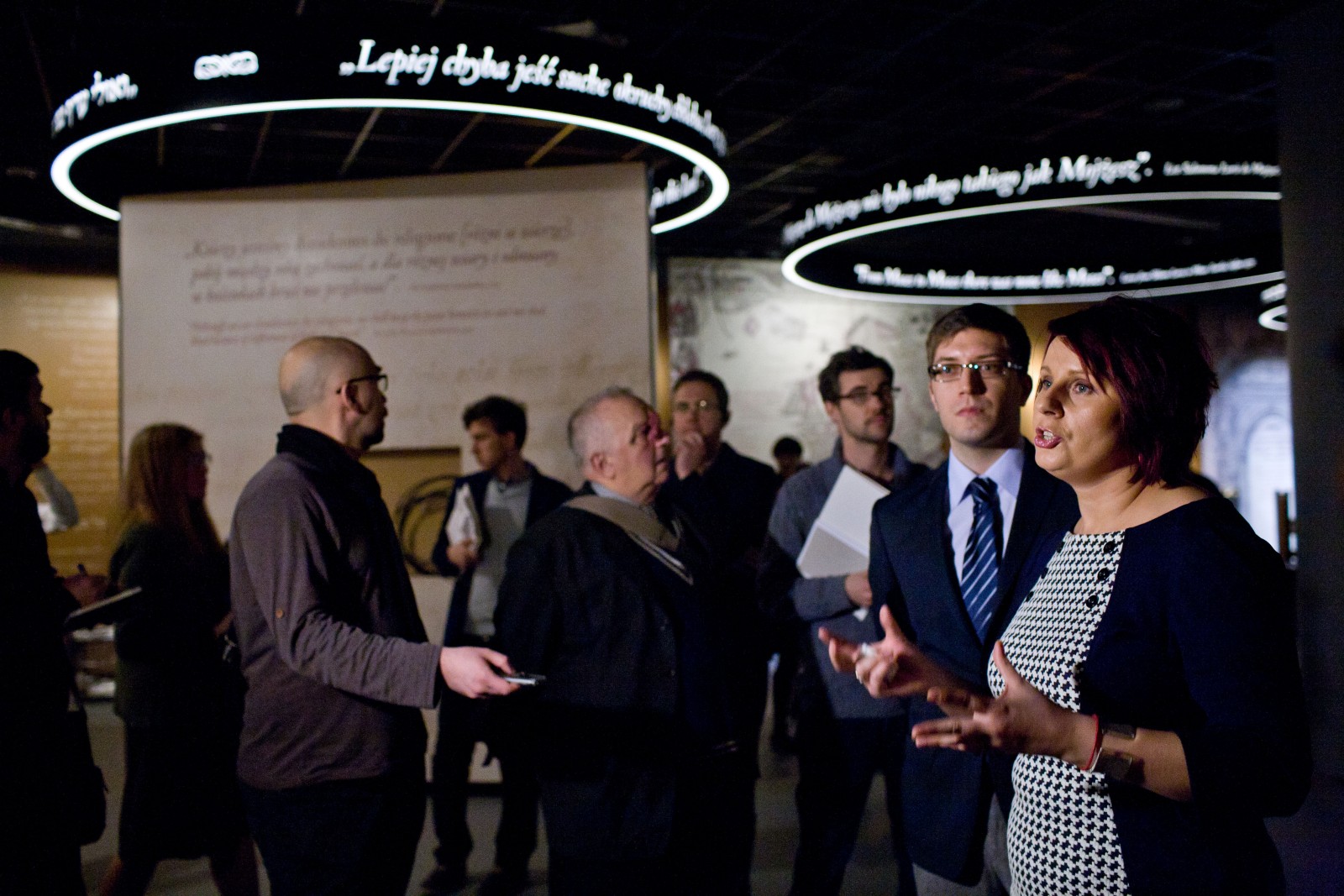 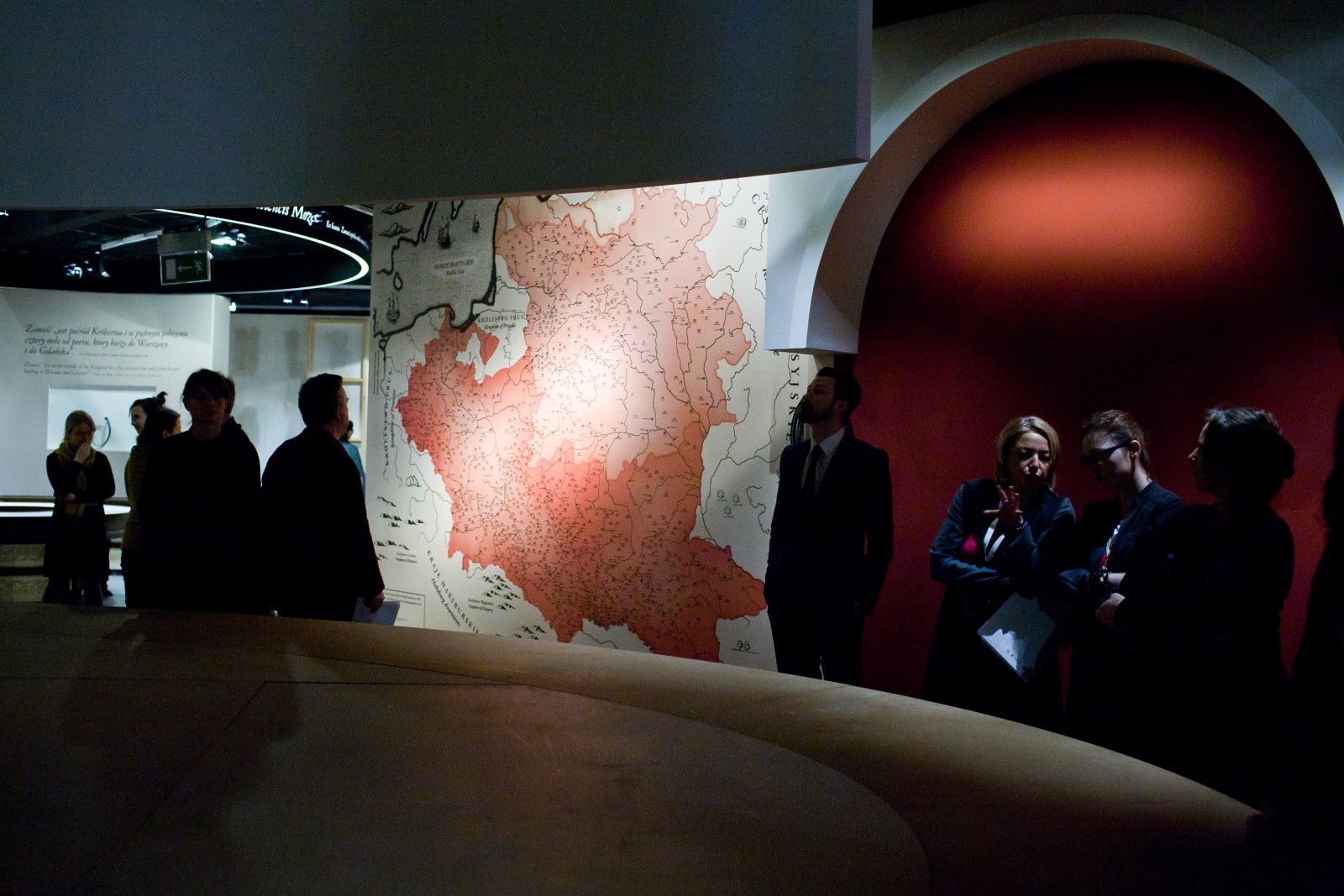 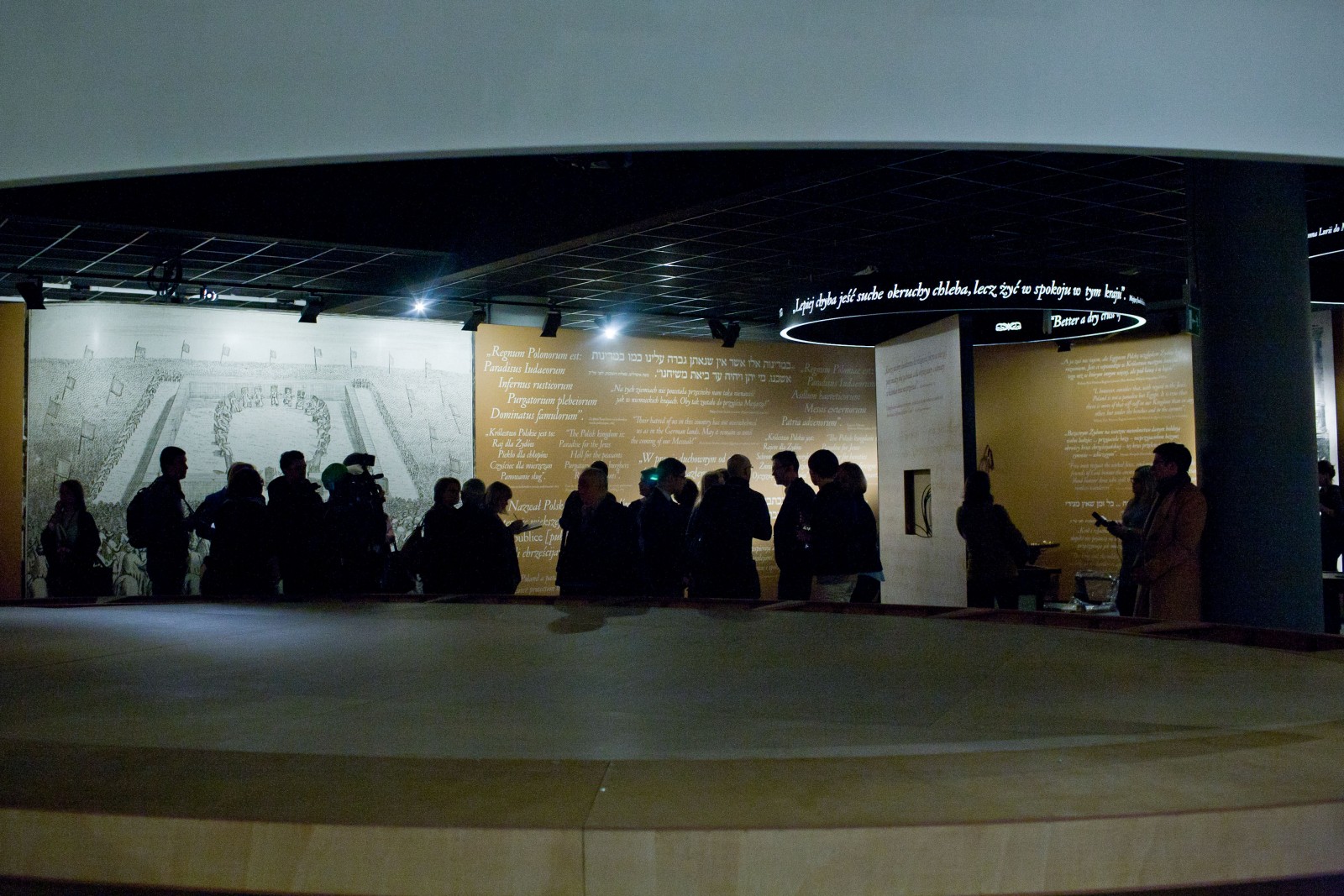 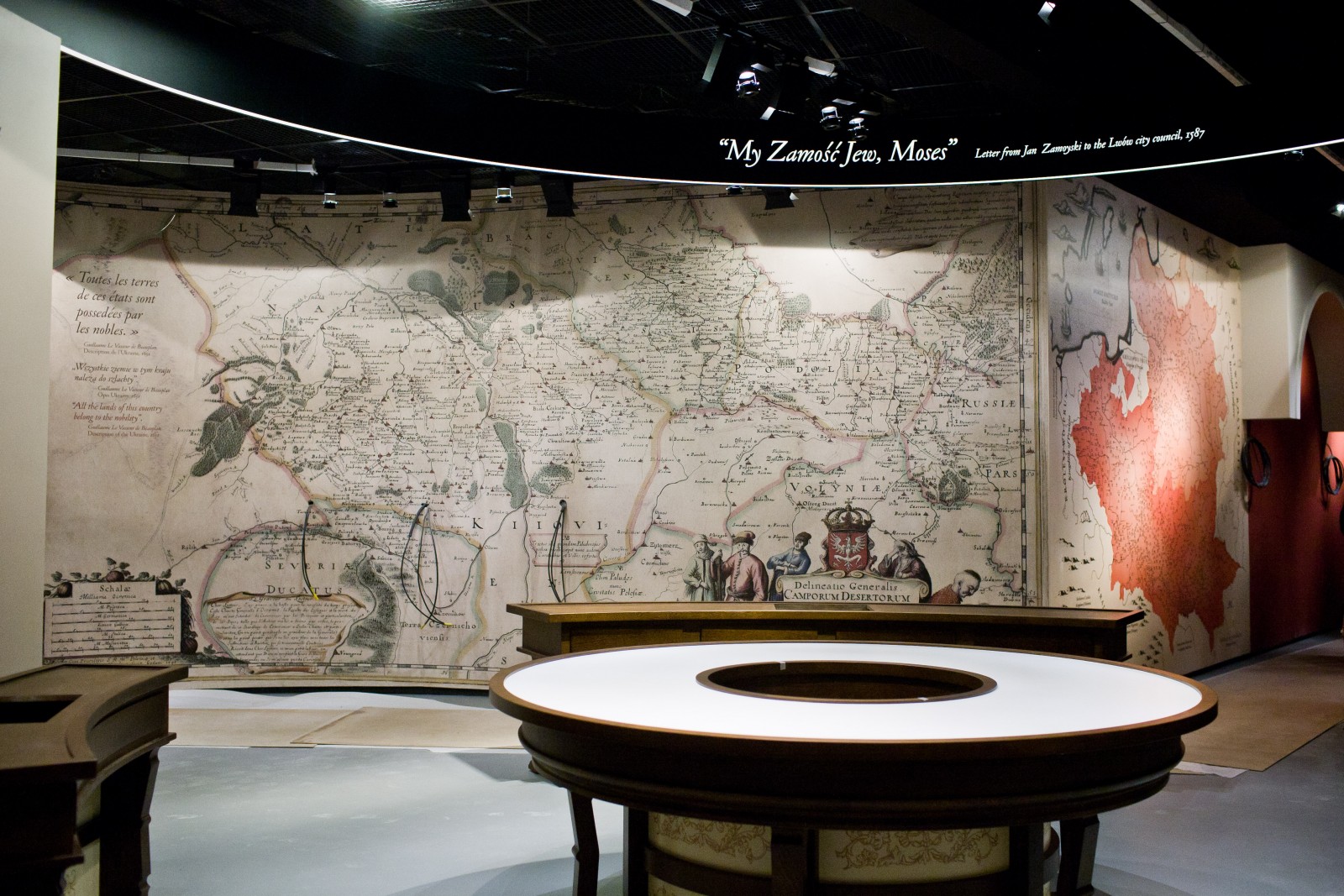 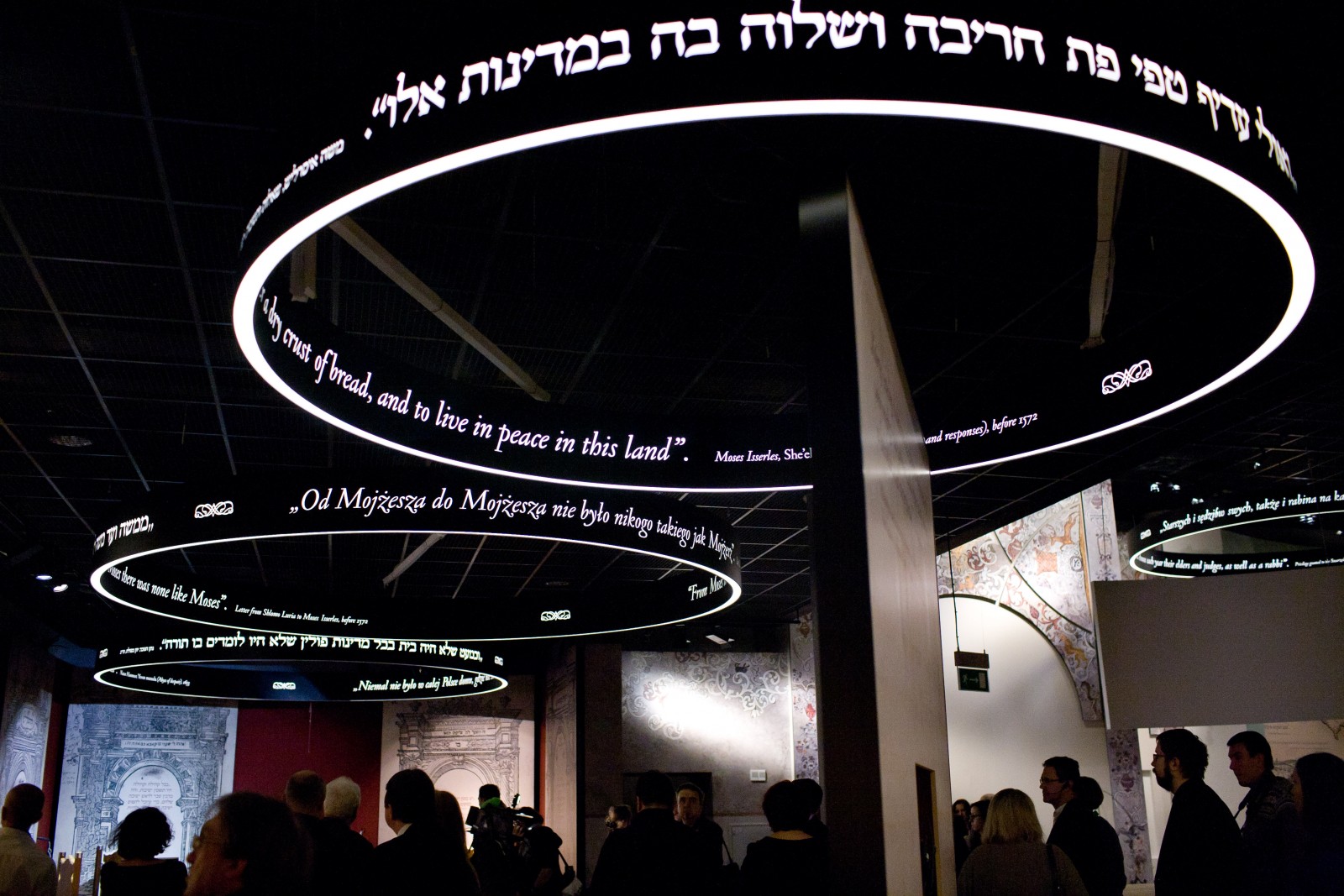 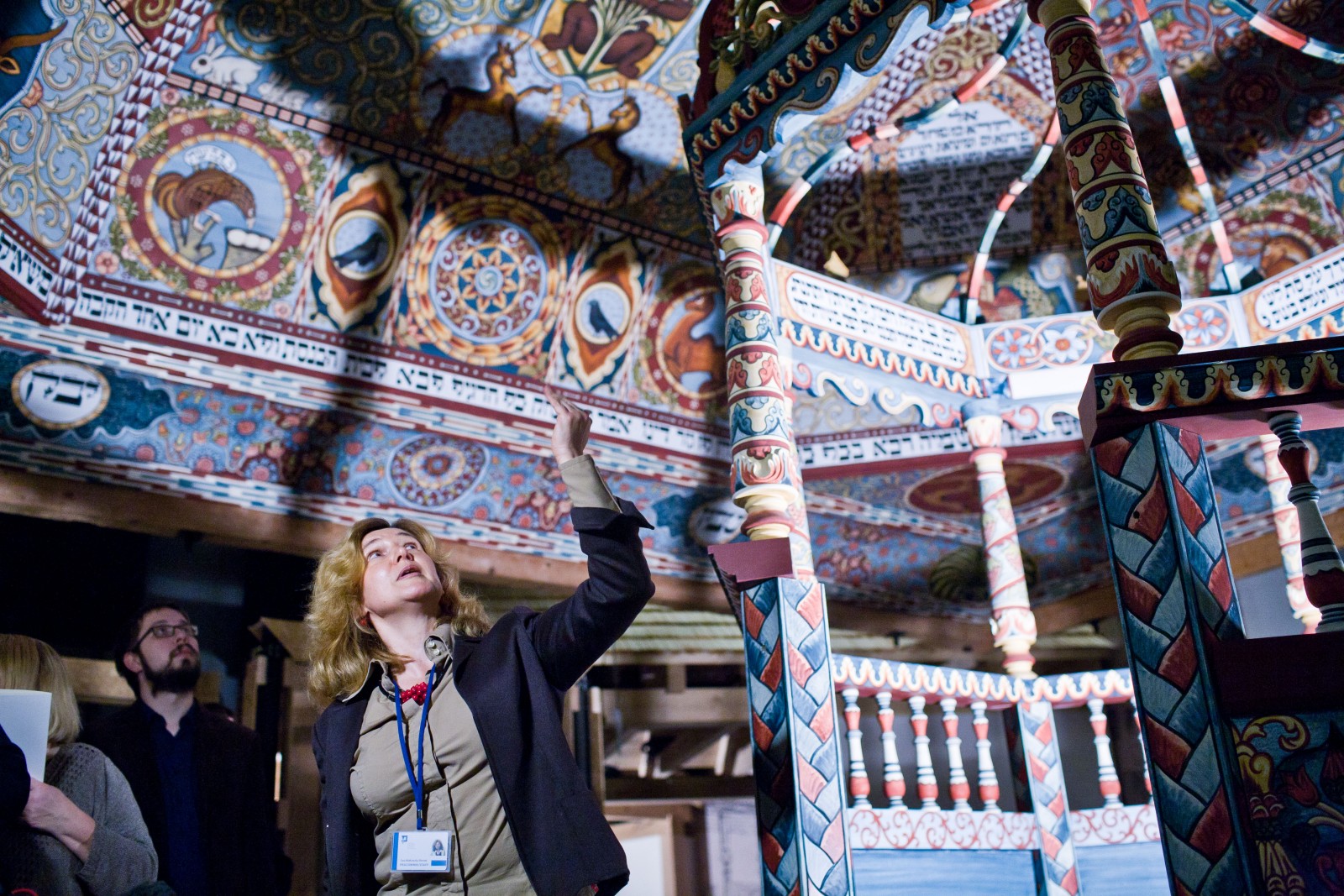 On 5th February 2014, journalists obtained the first opportunity to witness the progress of works on the Core Exhibition of the Museum of the History of Polish Jews. More than 40 representatives of the media from Poland and over a dozen from abroad met also with scholars and museum experts involved in the works on the exhibition.

The ceremonial opening of the Core Exhibition is held on 28th October 2014. Therefore, the installation is proceeding at a rapid pace. Yesterday journalists obtained the first chance to observe the progress exactly five months after the launch.

– The Exhibition is the heart of our museum – as said Andrzej Cudak, acting director of the Museum of the History of Polish Jews, during the meeting – That is why I’m glad that we’re only a couple of months before the opening of the exhibition to visitors.

- The exhibition is now materializing. History is becoming tangible - Prof. Barbara Kirshenblatt-Gimblett, programme director of the Core Exhibition added. - You can already touch it. And, it is being created with a truly human touch. The Medieval gallery that you will visit today is almost entirely hand painted by specialists in the conservation of Polish churches and hand gilded, with real gold leaf. It is here that our task of “painting history,” literally and metaphorically, begins - said Prof. Kirshenblatt-Gimblett.

Works in other galleries proceed at an equally dynamic pace. The gallery “Into the Country” has seen concluded works on the development of the space of the house, the inn and the church. A bema (pulpit from which the Torah is read out) was reconstructed and installed at the turn of the year under the spectacular roof the synagogue from Gwoździec. – The works are very advanced – said Alicja Knast, general director of the Core Exhibition. – All galleries are fitted with structures for set design. In the gallery “Paradisus Iudaeorum”, the plinth for the interactive model of the cities Krakow-Kazimierz was completed, in the gallery “Encounters with Modernity” - the Poznański Gate, as well as the stuccos in the galleries “Encounters with Modernity” and “First Encounters”. Concrete plaques for set design labels were completed in the gallery “Holocaust”, which are simple but highly expressive set design material – director Knast enumerated the accomplishments.

Works related to the exhibition are pursued also beyond the Museum building. Fragments of set design and exhibition equipment are produced, such as the purpose-commissioned wooden furniture installed in the gallery “Paradisus Iudaeorum”. Also the multimedia and interactive elements are produced outside the Museum. The period from February to June will see further finishing works in other galleries. In June 2014, tests will be launched of the exhibition control system. The exhibition will also receive visits from test groups, which will ultimately prepare it for accepting the first visitors in October.

First reports after the conference can be found on the following websites:

The design and execution of the core exhibition is financed and overseen by the Association of the Jewish Historical Institute of Poland, thanks to the support of donors from all over the world.