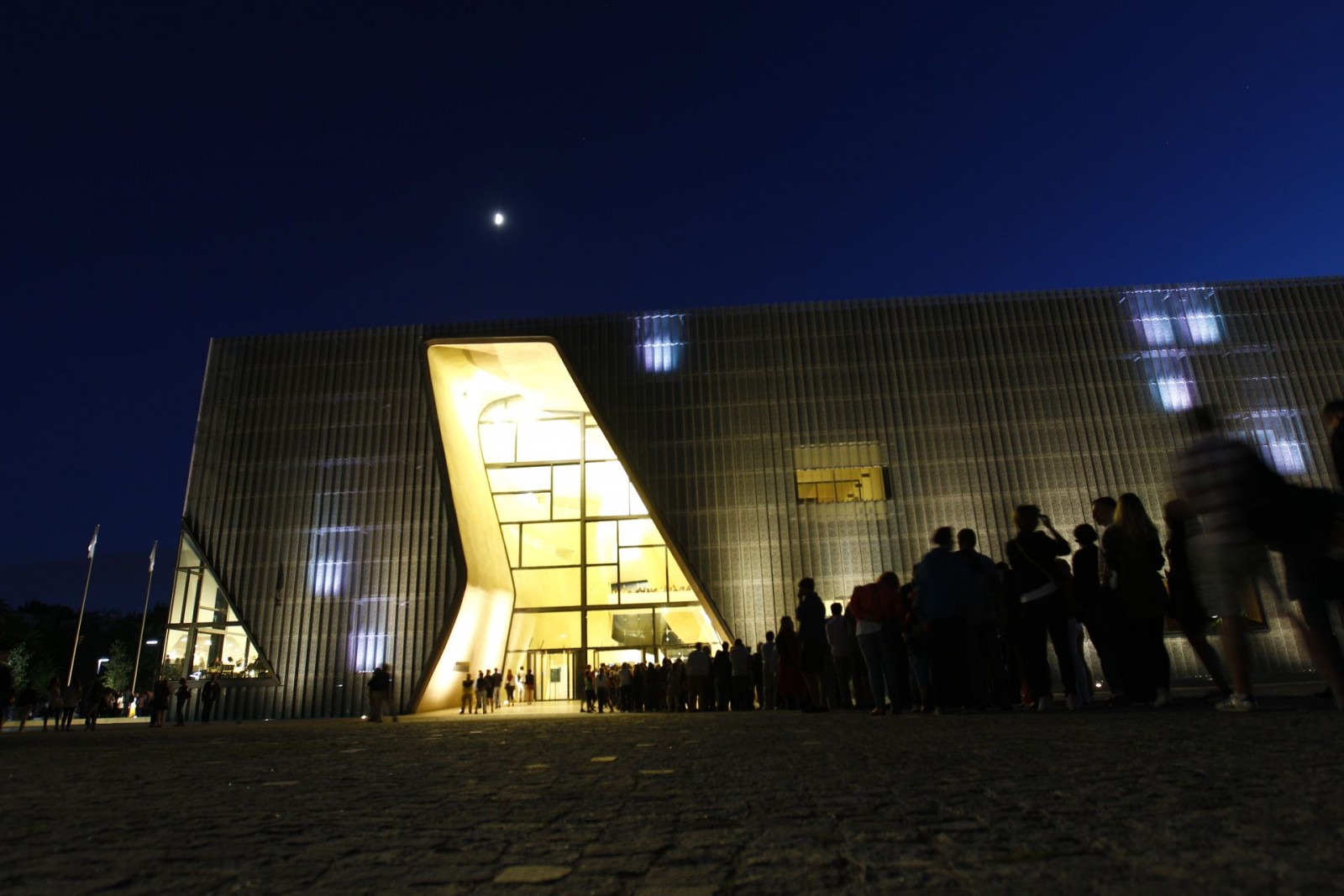 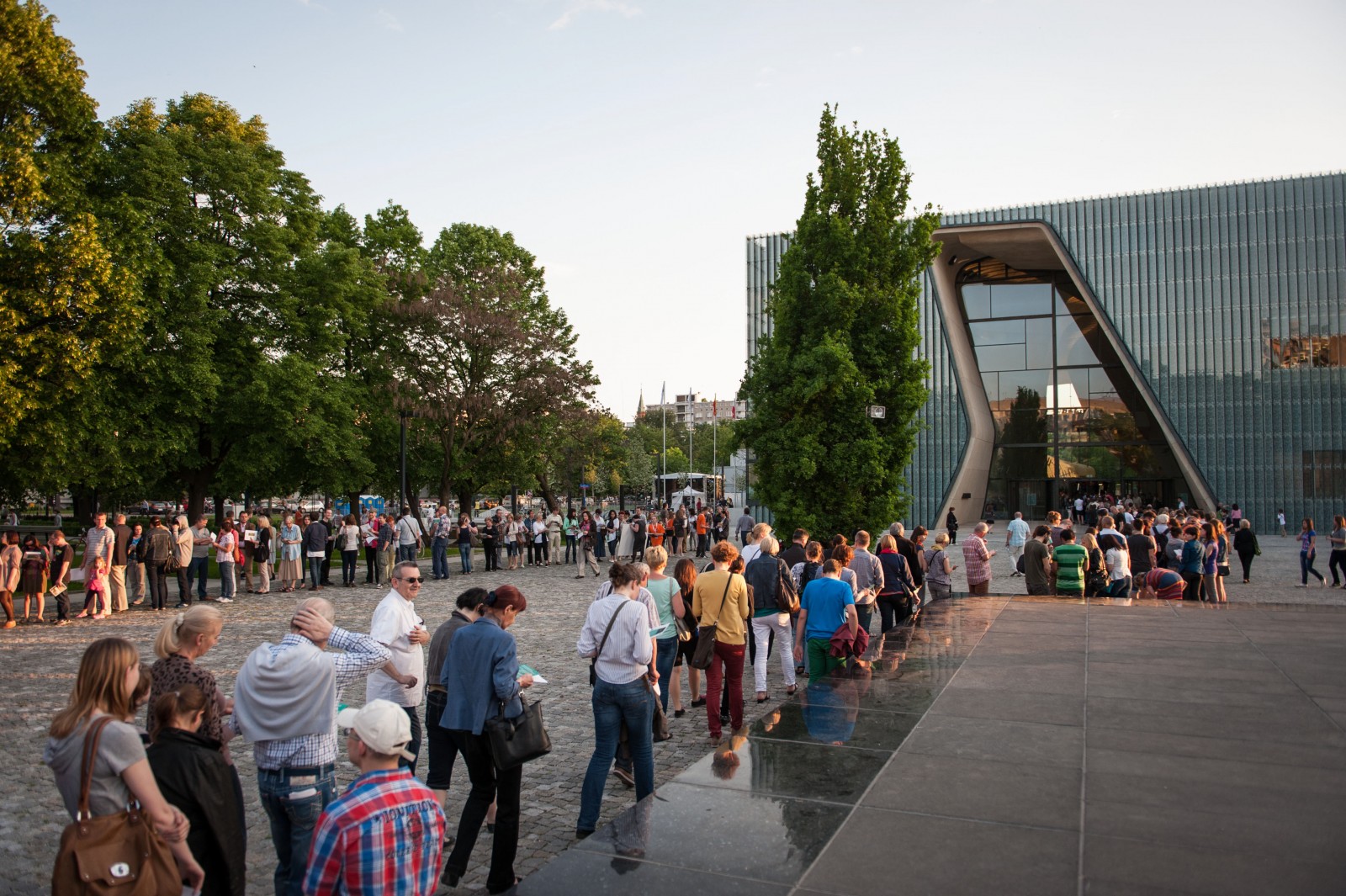 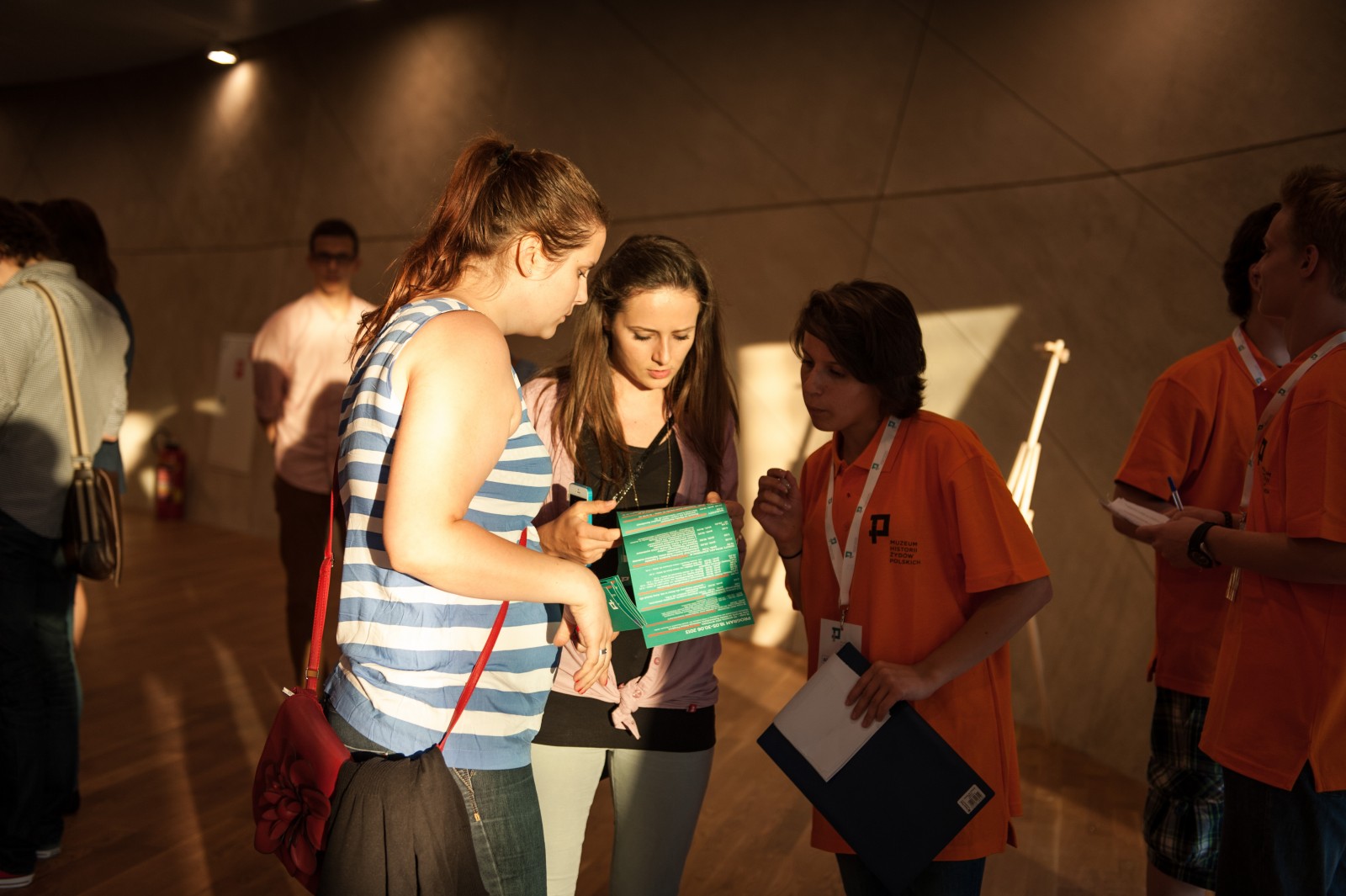 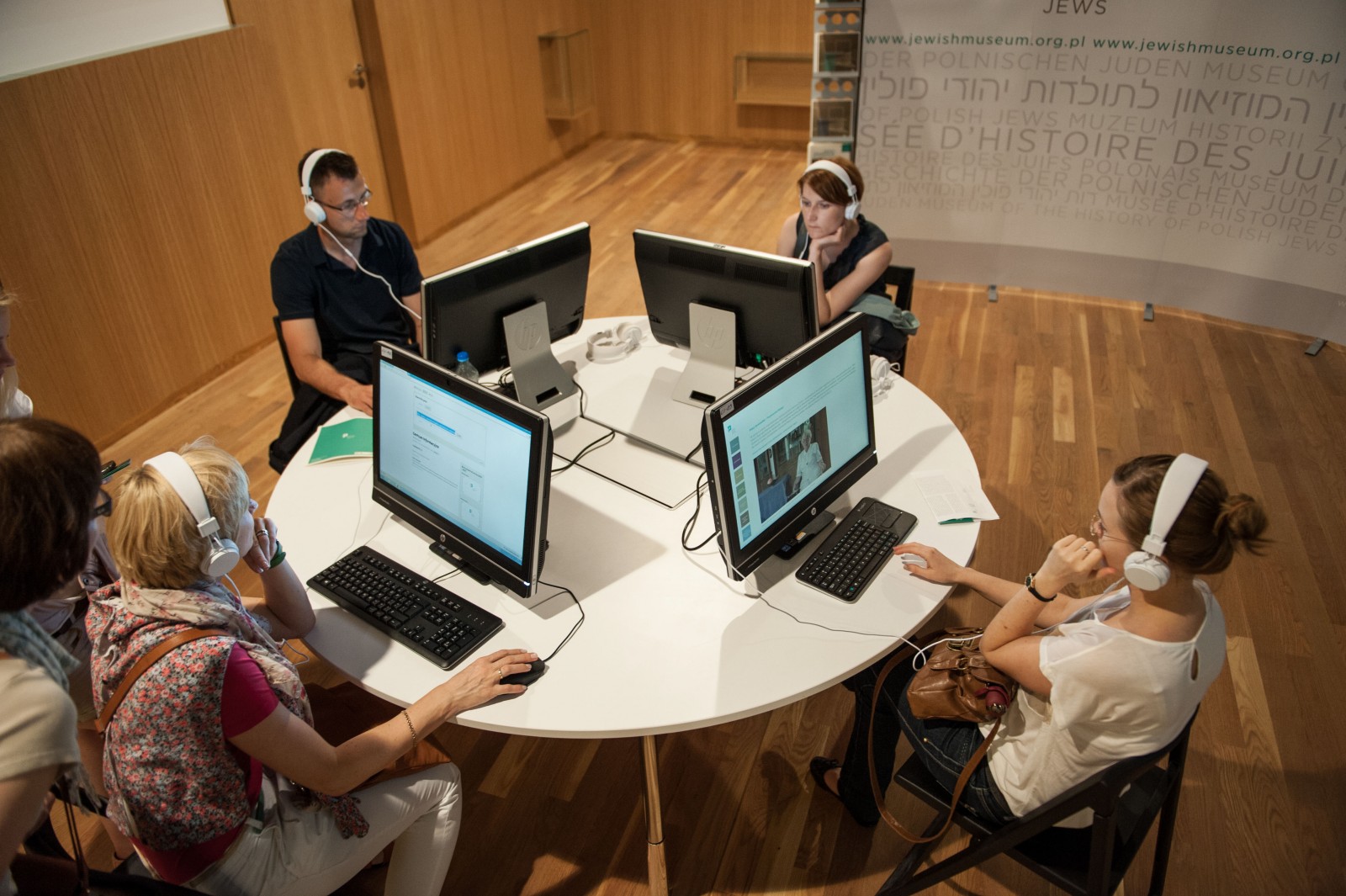 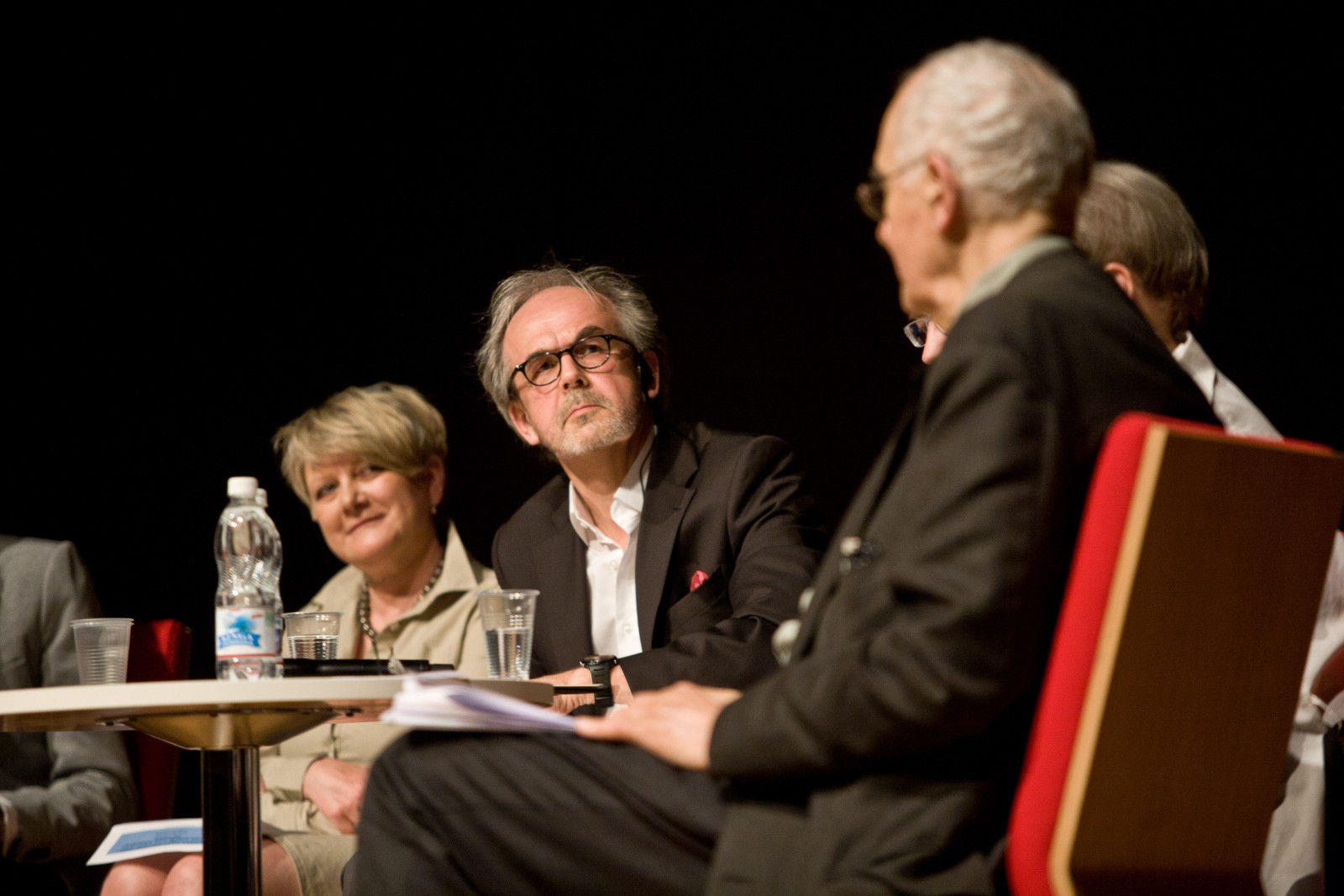 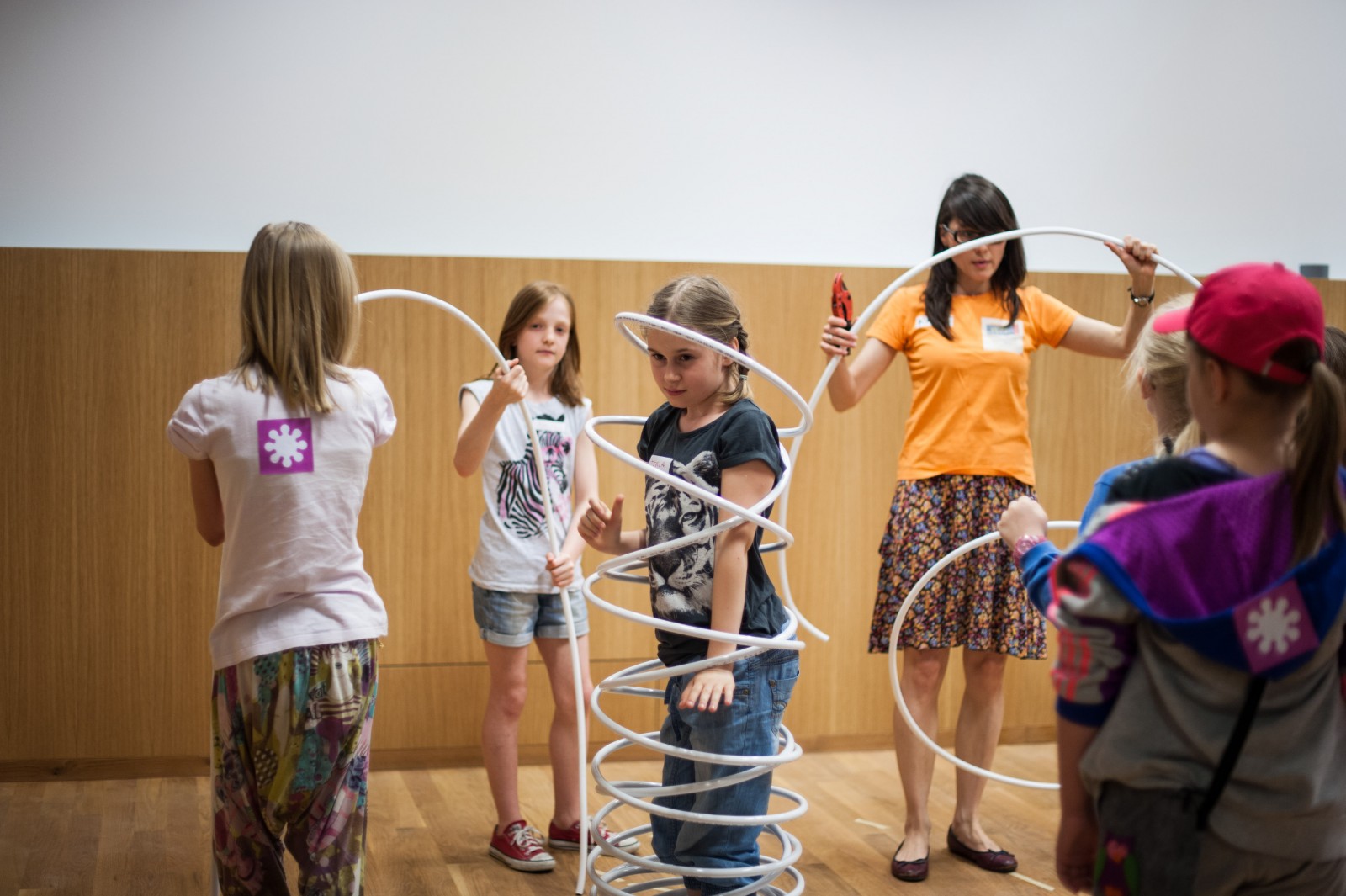 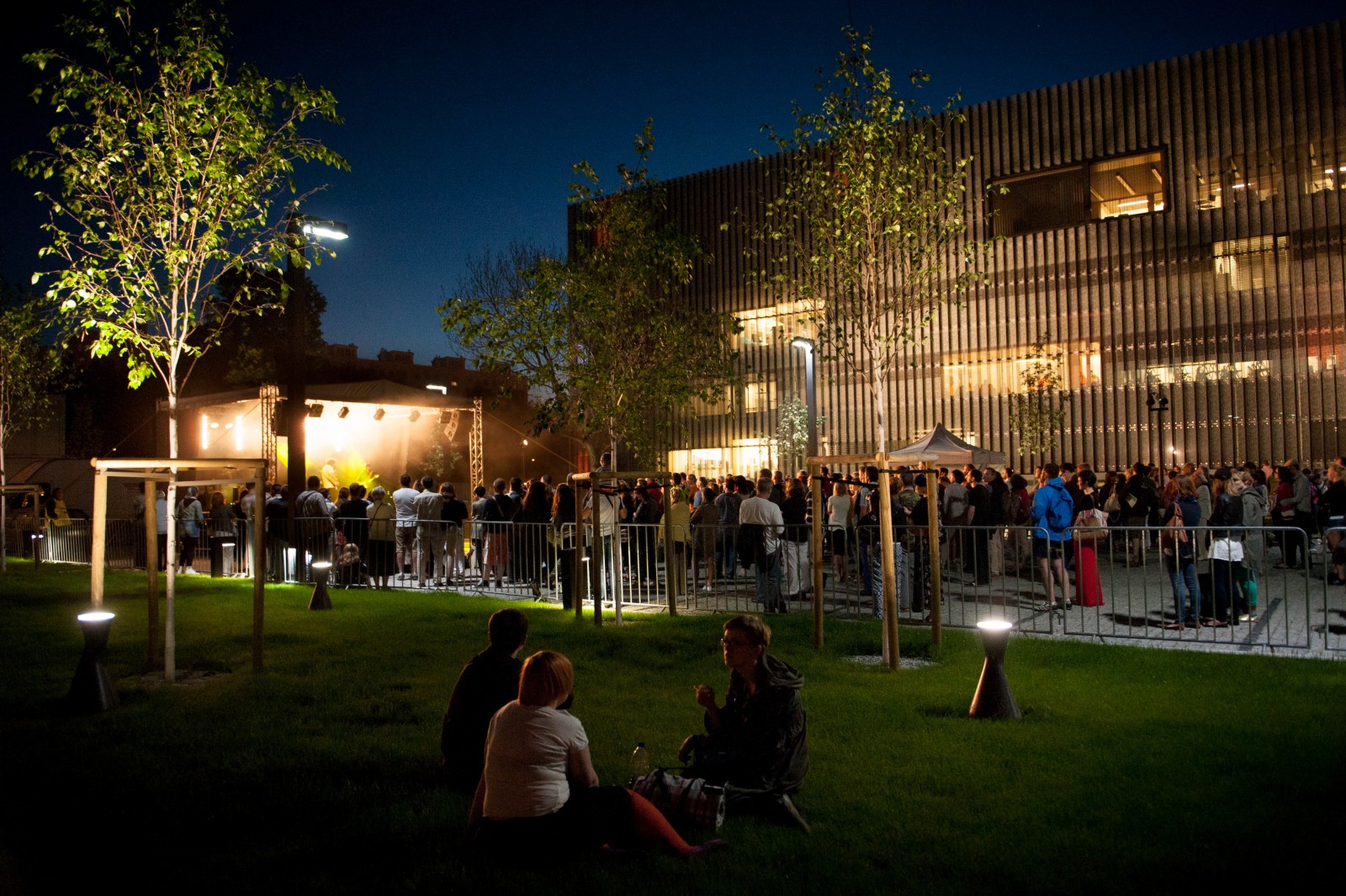 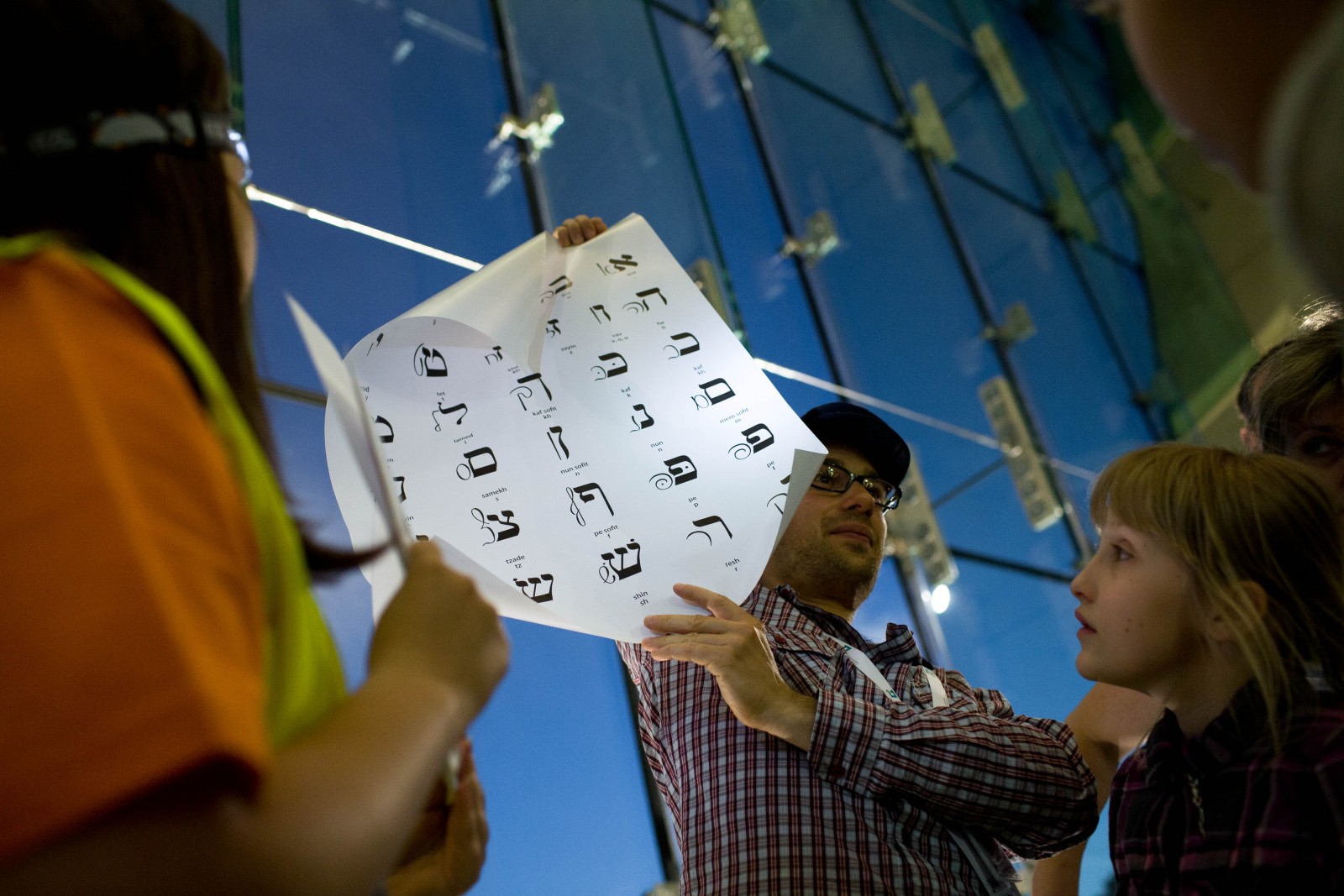 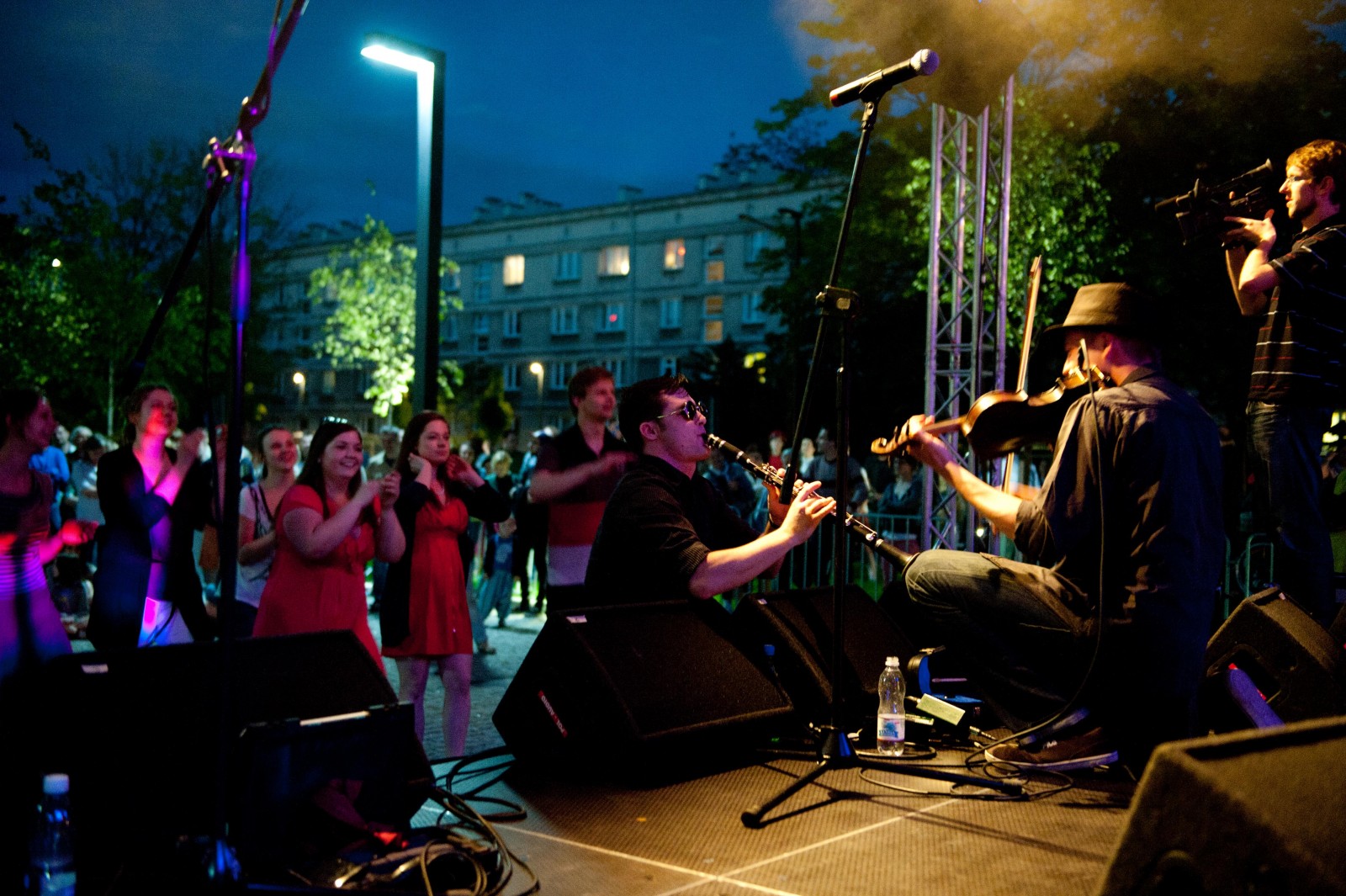 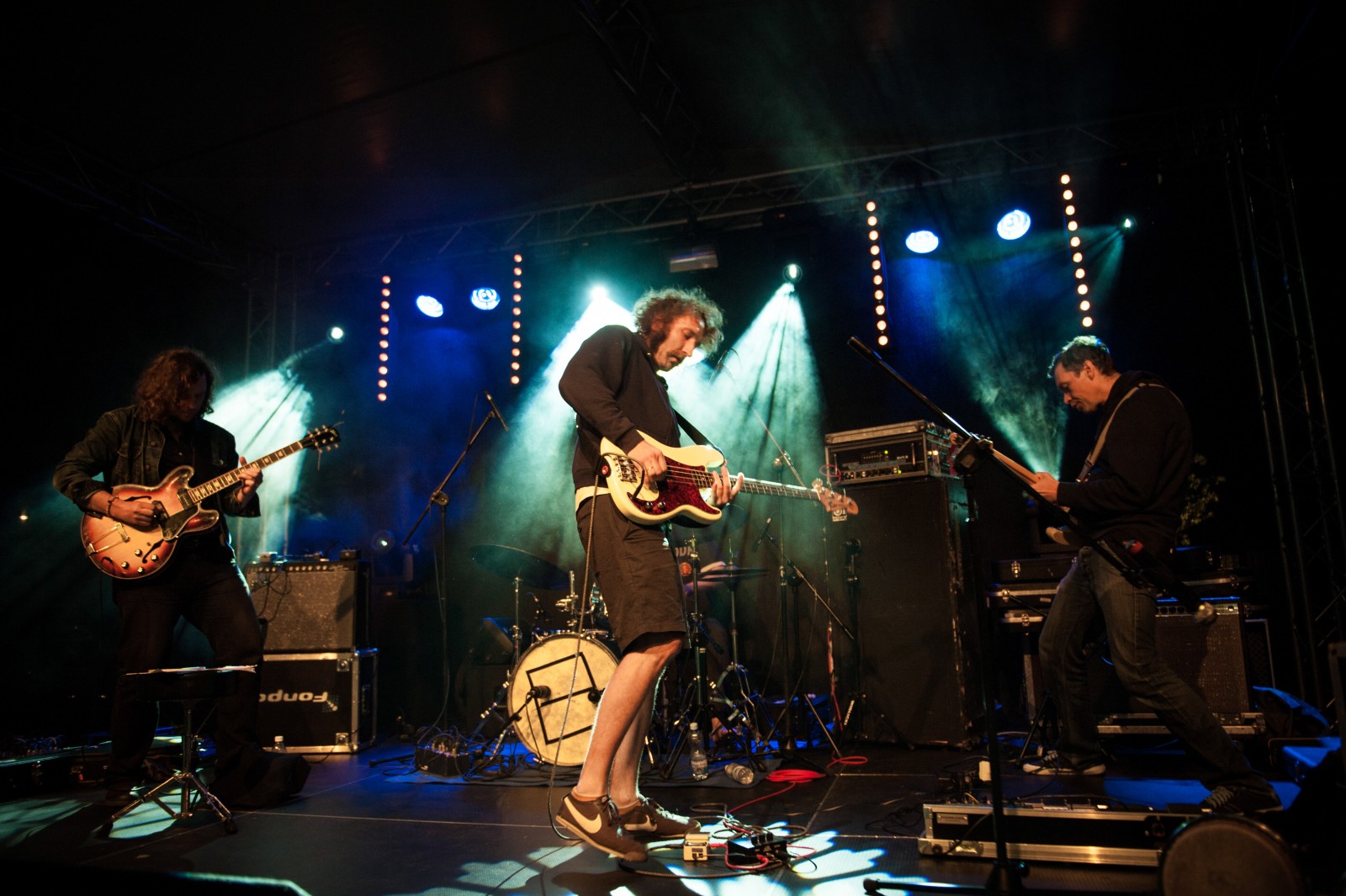 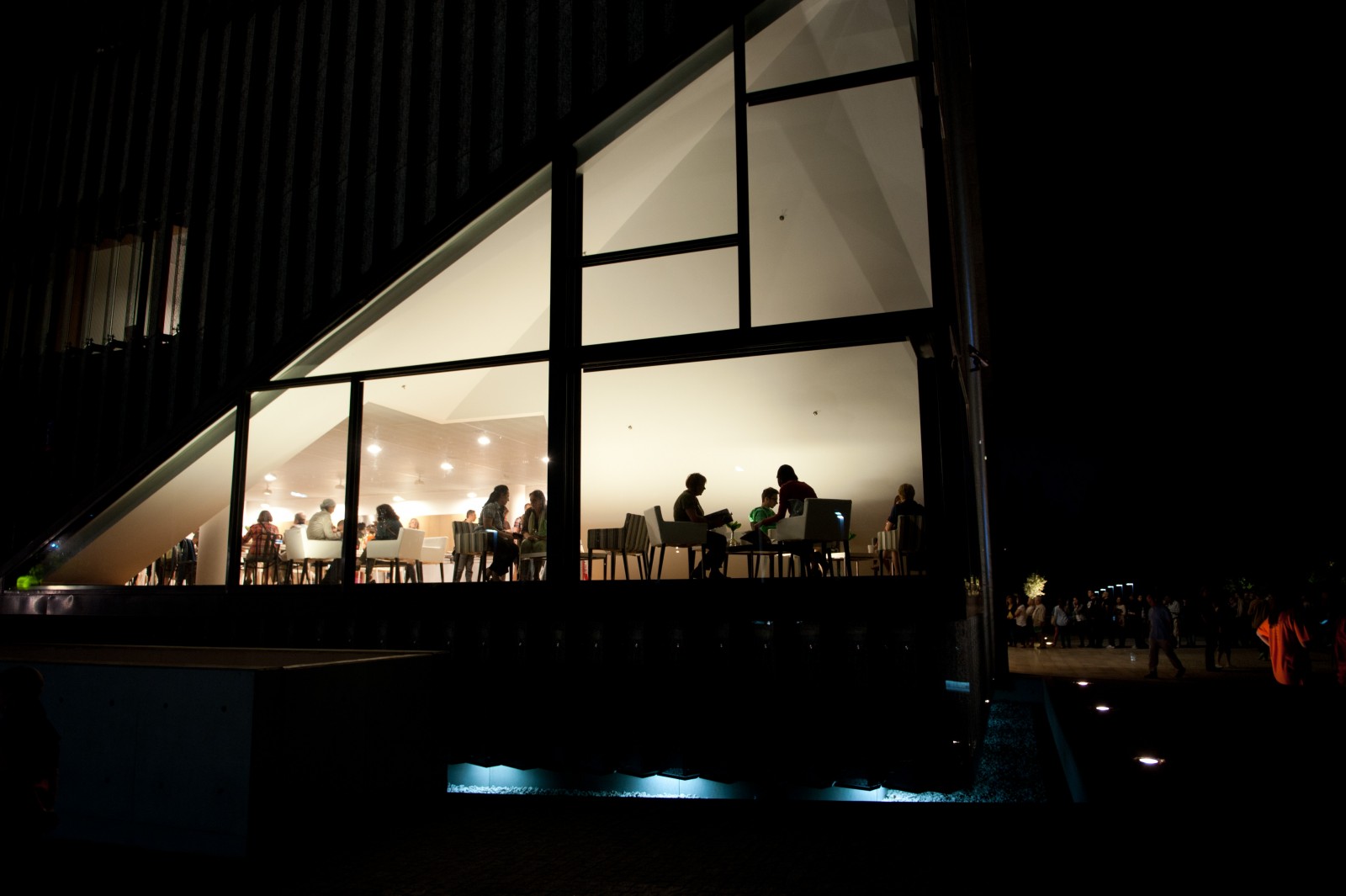 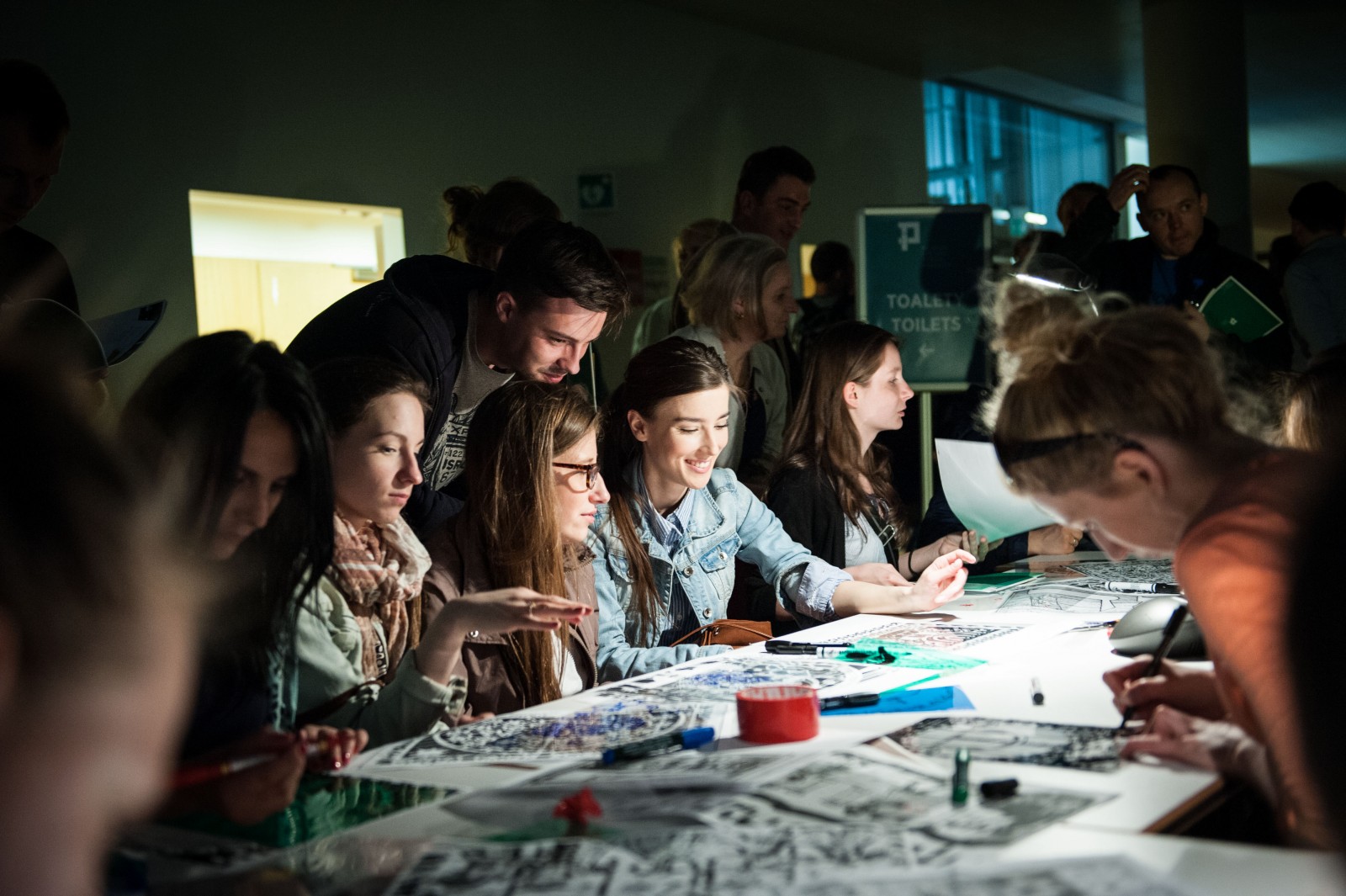 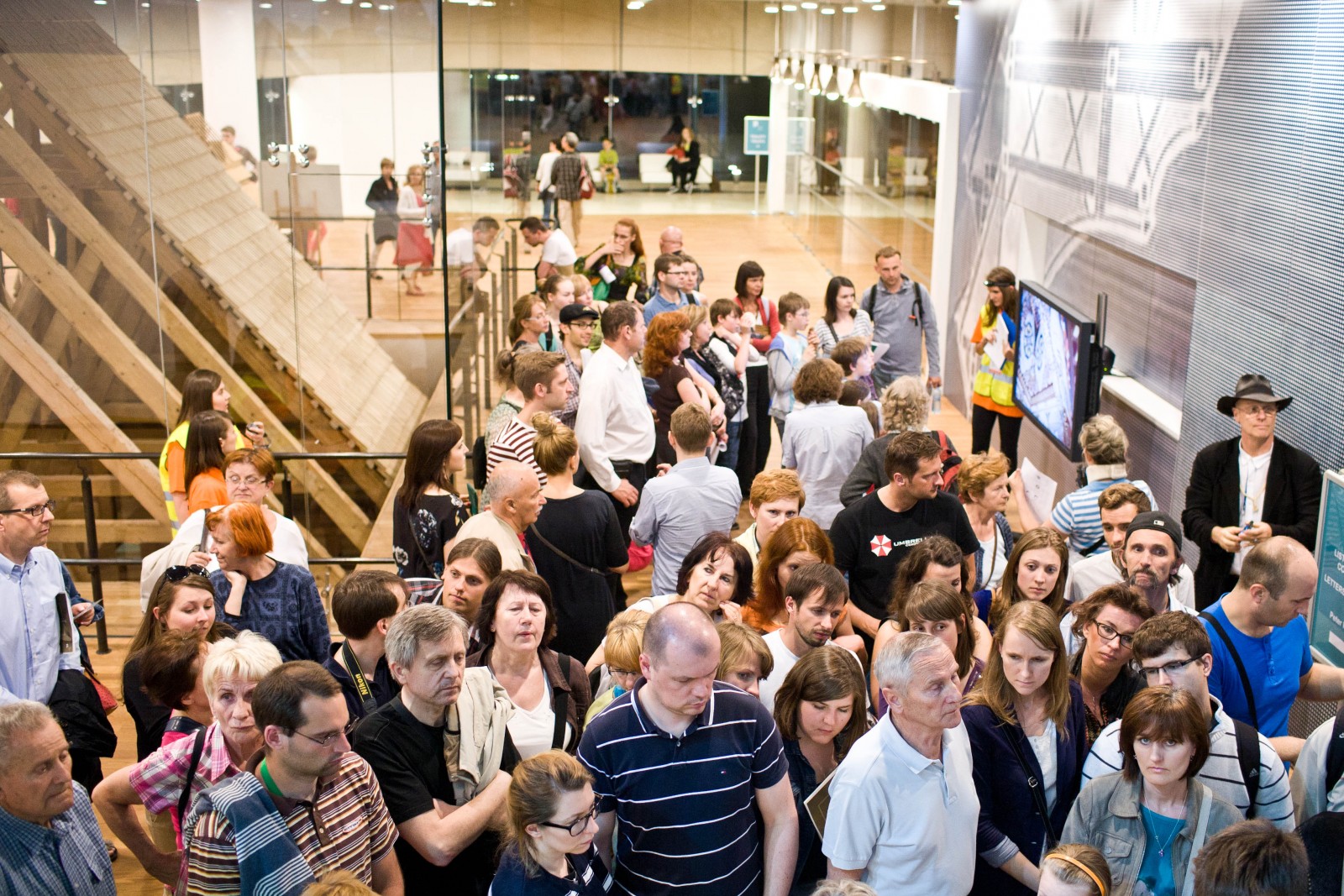 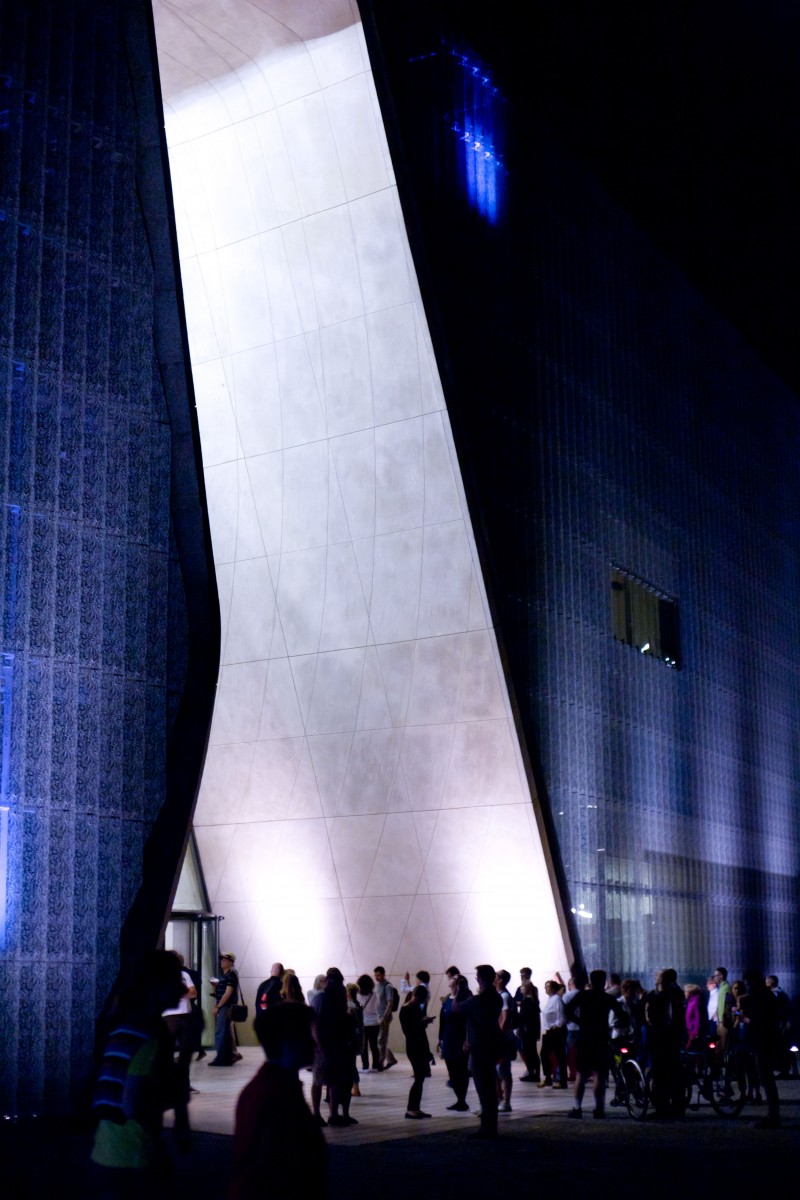 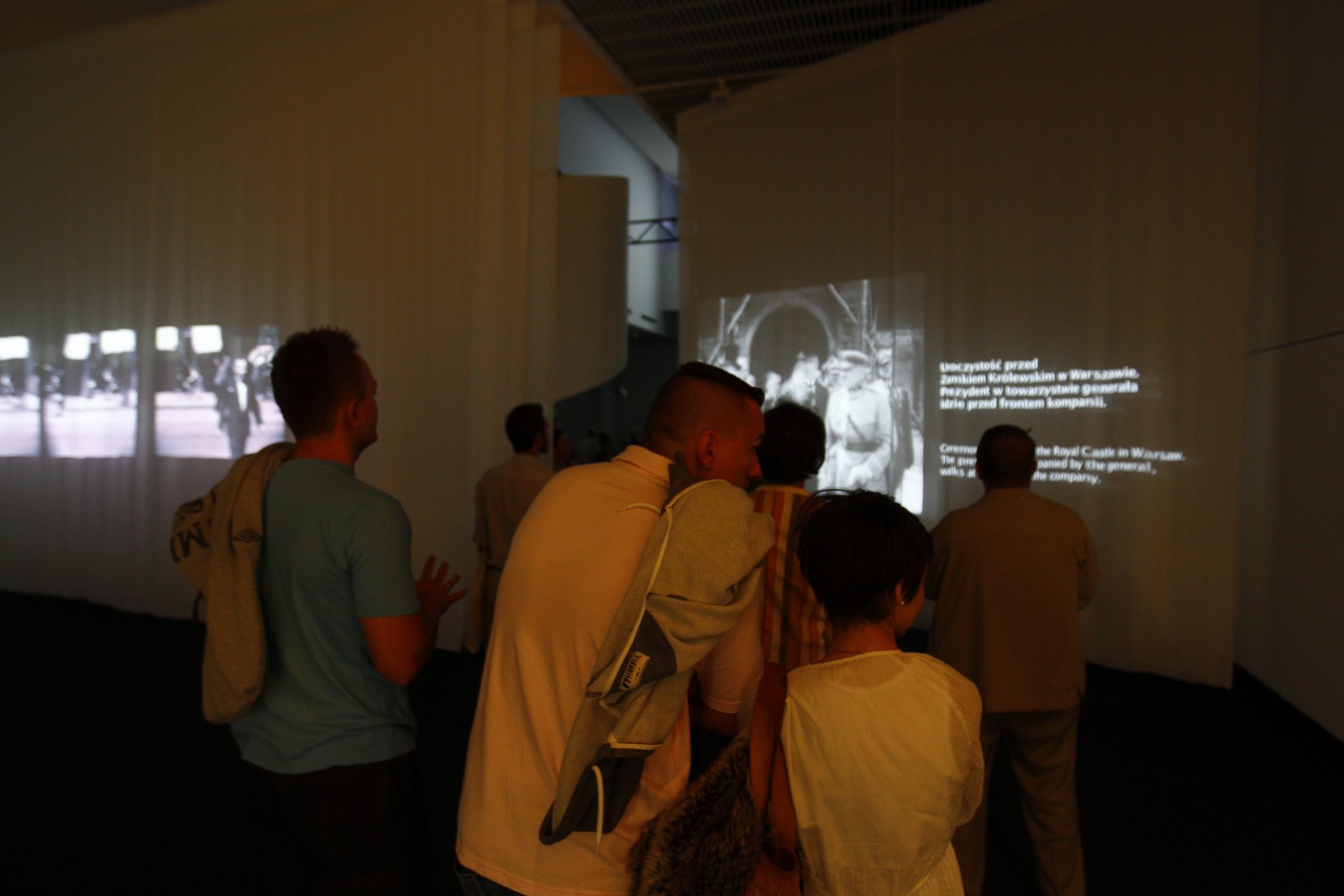 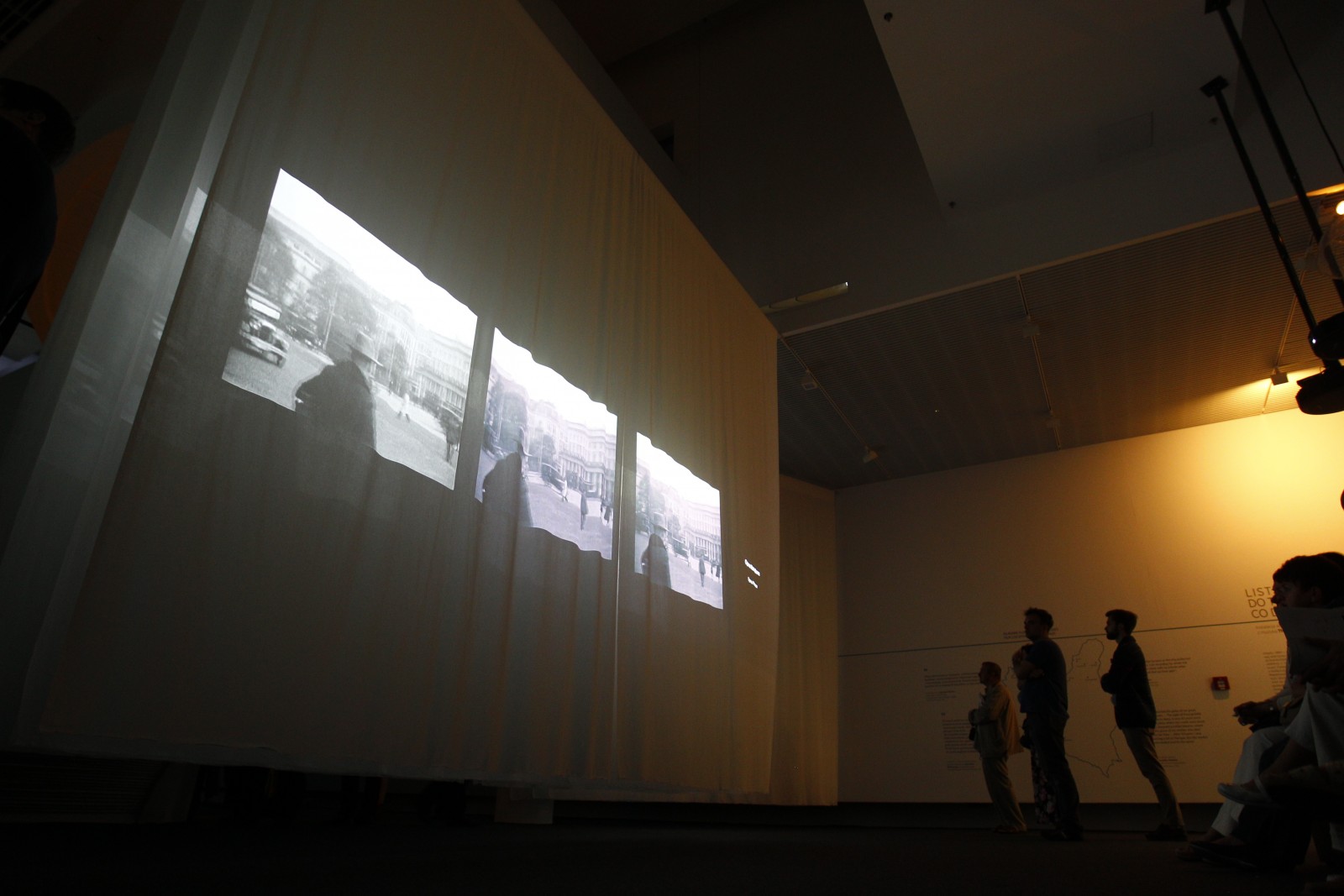 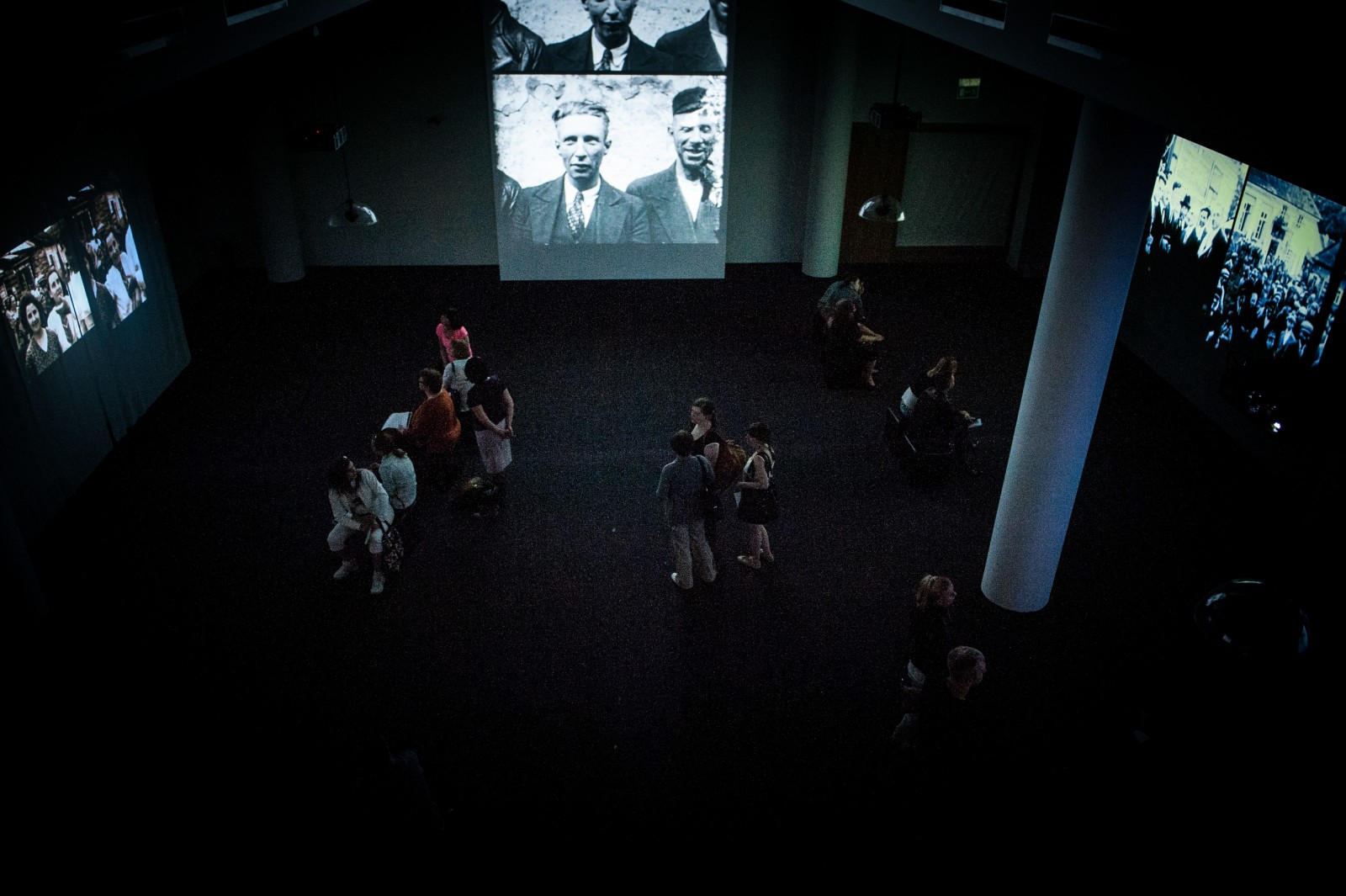 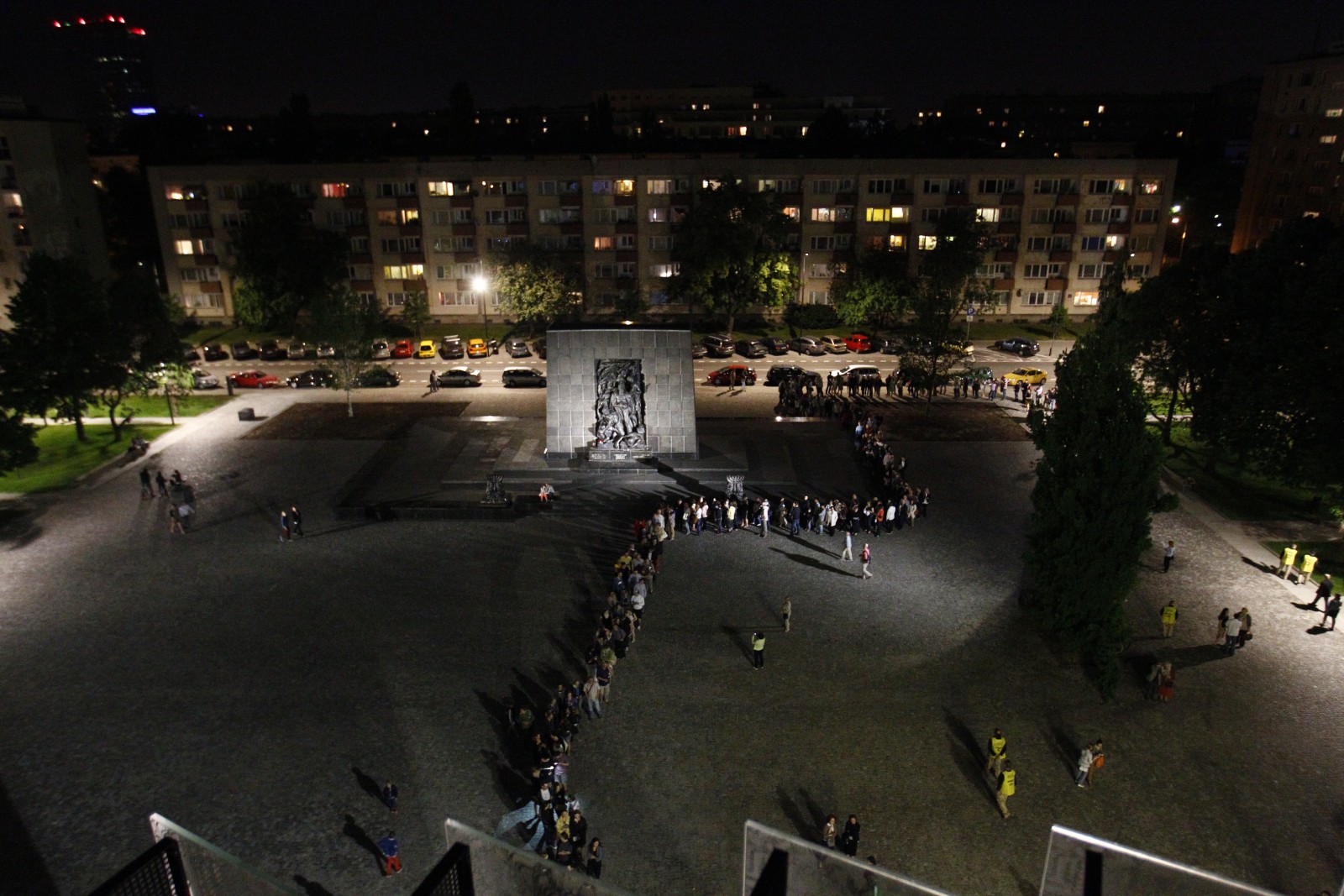 On a pleasant Saturday evening, we opened our doors to guests: young and old, from near and far, with friends and families, people strolling and riding bikes – in a word: everyone! Soon a line formed in front of the museum – but it moved swiftly forward and there was not too long a wait. Even so, our educators saw to it that our guests in line weren’t bored. Meanwhile inside there was lots to see and lots to do.

The Museum’s building is unique, both in its modern design and its construction. It is therefore no wonder that it served as the inspiration for many of the evening’s activities and events. The Night of Museums began with an international panel discussion about modern architecture, moderated by Grzegorz Stiasny. Panelists included Rainer Mahlamäki, chief architect of the Museum building, Ewa Kuryłowicz and Marcin Ferenc of APA Kuryłowicz, who spoke about the design and construction of the Museum. Bogdan Paczowski, chairman of the jury which selected the winning design, recalled 2005, when more than 100 submissions competed in the international architectural competition. Maria Poprzęcka spoke of the profound changes that had taken place in the area of museum design in recent years. The concept of the museum-temple had given way to that of the open museum. Gregorz Piątek, a famous Polish architecture critic, also stressed that museums have expanded beyond what was traditionally offered – their programs and architecture now include much more than permanent exhibitions. After the panel came to an end, questions were asked by the audience: How does the Museum’s architecture relate to the history of the ghetto? Why do the corners protrude from the building? What is the relationship between the museum and the nearby monument? It was not until two hours later that the participants emerged from the auditorium and went off to enjoy the evening’s other attractions.

Visitors had the opportunity to explore the Museum’s secrets in many ways. Participants in a family game wandered through the halls, completing task after task, solving puzzles and riddles, and collecting points in the form of fragments of Hebrew letters. At the end, these were joined together to form the word “Po-lin”, referring to the legend of the arrival of Jews on Polish soil, and to the letters engraved on the Museum’s glass façade.

Those who wanted to explore modern architecture actively took part in a special workshop – Build Your Own Museum. Twenty five creative young architects (aged 7 to 12) along with their guardians took part in this workshop organized by Archidzieciaki. The children learned about three different types of museums, including the traditional museum, such as the National Museum in Warsaw or the Louvre, and the more modern and unusual, such as the Jewish Museum in Berlin or the Guggenheim Museum in New York. The children’s task was then to come up with an exhibition that would fit in with the Museum’s unique architecture. Within about an hour, the most extraordinary projects were created. Guests could admire this work in the Children’s Area throughout the night.

Visitors also had the opportunity to send a postcard to the past. What could one tell Jews in black and white photographs from over a hundred years ago? It was often hard to find the words…

A few hundred people were still waiting in line to enter the Museum, so the Museum came out to them. Educators showed those still waiting in line large photographs from the 1920s and 30s and told them stories of Jewish towns in the interwar period – a foretaste of the Letters to Afar exhibition which awaited them inside. The premiere of the Museum’s first temporary exhibition was one of the evening’s greatest hits. Hundreds of people immersed themselves in the atmosphere of Jewish life in prewar Poland, as portrayed in home movies made by Jewish immigrants from the United States visiting their hometowns. The installation by Péter Forgács was accompanied by a soundtrack by The Klezmatics. The exhibition will be open until September 30.

From this place of reflection, we returned to the hustle and bustle of the main hall. Interest in the workshop on Jewish Signs continued throughout the night. From 8.00 pm to 1.00 am guests swarmed around the work tables in the foyer. Visitors of all ages stenciled Jewish symbols such as menorahs, hamsas and synagogues, on transparent foil, while our educators explained their meaning. Having finished, the participants watched their artworks come to life as they were helped by the Malarze Group to project each picture onto the Museum’s curvilinear wall. All of this accompanied by music by Alte Zachen, as the band got ready to play a live concert outside.

The band NeoKlez warmed up the crowd with music inspired by traditional Jewish motifs. The stars of the evening, Alte Zachen, performed with special guest Miłosz Penkale and Paweł Szpura filling in for Ola Rzepka at the drums. Raphael Rogiński, Macio Moretti and Bartek Tyciński were, as always, extraordinary. The crowd swayed to the rhythm of rock’n’roll-chassidic melodies. Clapping and cheers filled the air in between each song.

Throughout the night visitors could also join guided tours around the Museum and explore the secrets of its architecture as well as watch a short film about the Core Exhibition¬, presenting 1000 years of Polish Jewish history.

Even though the Museum was open till 1.00 am, the last guests left the building well after 1.30. Almost 6000 people visited the Museum. Thank you for being with us! We are already looking forward to next year’s Night of Museums – see you then!