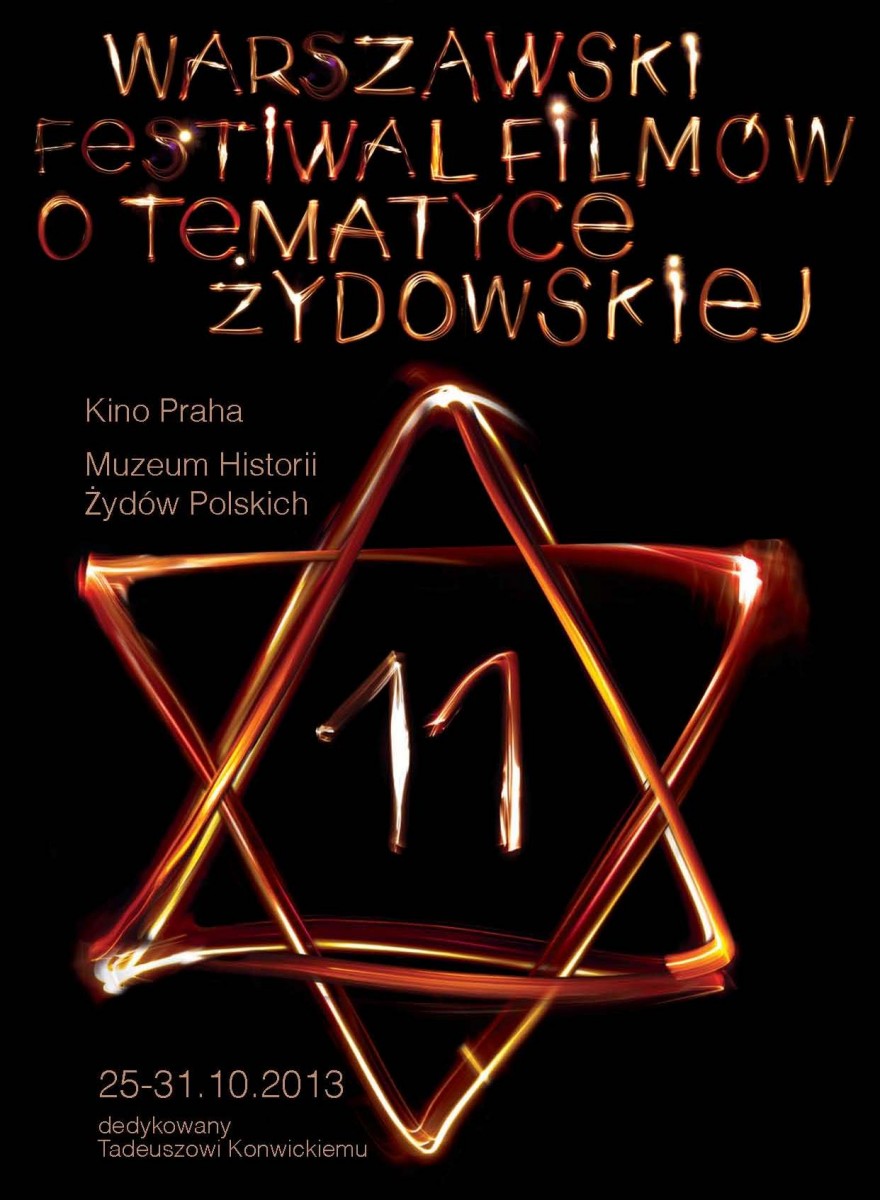 This year, Warsaw Jewish Film Festival will be held on both sides of the Vistula river, in two Warsaw districts–Praga and Muranów! The official cinema of the festival is Kino Praha, however, the screenings will also take place in the Museum of the History of Polish Jews, the main partner of the 11th edition of the festival. During five days of screenings in Kino Praha and four days of screenings in MHPJ, we will present thirty-five feature films and documentaries which won critical acclaim at various international festivals.

The festival kicks off on October 25 in Kino Praha with a pre-release screening of a movie “Hannah Arendt” by a distinguished German director Margarethe von Trotta. The festival’s lineup in Kino Praha features sixteen films, among others, “Ida” (Oct 26, 6.45 PM), “The Real Inglorious Bastards”–a documentary on the special US ARMY unit (Oct 28, 6.00 PM), “Zaytoun”–from the director of award-winning “Lemon Tree” (Oct 27, 3.00 PM), “5 Broken Cameras” (Oct 30, 6.30PM), and “Amy Winehouse: The Day She Came to Dingle”–a documentary from an exclusive Amy Winehouse’s concert (Oct 26, 5.20 PM). Tickets: 7PLN, advance booking from October 16.

The screenings in the Museum of the History of Polish Jews will begin on October 27 with a preview screening of a movie “The Gateskeepers” (Oct 27, 4.00 PM). Then, we will present a film “The Rescued” produced by MHPJ and directed by Joanna Król and Karolina Dzięciołowska (October 27, 6.15 PM). This documentary gives the real story behind the work of MHPJ volunteers, Jadwiga Rytlowa and Janina Goldhat, who collect the testimonies of Holocaust Survivors in Israel (after the showing, a discussion with the participation of the film authors and one of its protagonists). In the following days, apart from watching the competition films, the festival viewers will have an opportunity to take part in special screenings. This year, WJFF program features a Tadeusz Konwicki retrospective (the laureate of the 2013 Honorary David Camera Award), which includes “Austeria,” “The Valley of Issa,” and “How Far Away How Close.”

On October 31, the Museum of the History of Polish Jews will host a screening of “Revolt in Sobibor,” a documentary which commemorates the 70th anniversary of the Revolt in the extermination camp in Sobibor (with the participation of the director Lily van den Bergh, Oct 31, 6.00 PM). Additionally, in the exhibition space of the museum, the festival participants will have an opportunity to visit a video-installation based on artvideoKOELN–a collection of films devoted to the Holocaust (Shoah Film Collection). The collection is presented under the patronage of the European Parliament.

The festival will come to a close with a screening of a film “The Jewish Cardinal” (dir. IIan Cohen, France, 2013, 96min), which will take place on October 31 in the Museum of the History of Polish Jew. The screening of the closing film will concomitantly be the Polish premiere of this movie. The annual David Camera Award ceremony will take place before the showing. This year’s awards include David Camera Grand Prix founded by the Ministry of Culture and National Heritage (15000PLN) and Special David Camera founded by the Polish Television (TVP) Director (10000PLN).

Complete program of the festival