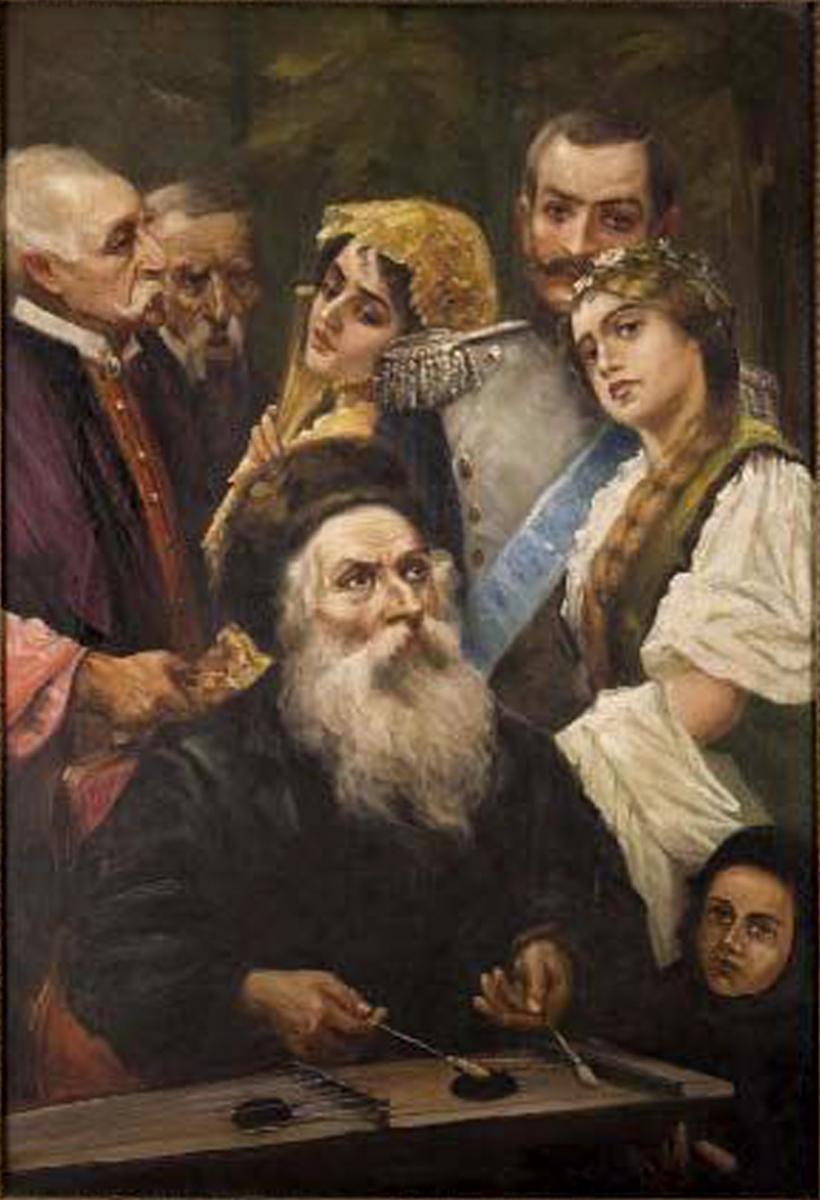 This lecture proposes a revision of Jankiel as an overlooked character. In regards to this individual, one of the most effective among those created by Mickiewicz, even a casual internet search demonstrates how today’s heuristics conventionalized his understanding.

Within the pedagogical regime Jankiel is represented as a vehicle of several functions: he is a Polish patriot, a Jewish Innkeeper and a musician. He is similarly viewed in literary criticism.

Jankiel, however, as a specifically Romantic construct, undergoes during his performance a total transformation which transcends his traditional role. Moreover, the concert as such is more than an excellent sample of descriptive music, for it represents a daring improvisation that subjects the entire Soplicowo community to the performer’s agency. The concert understood as an improvisation reflects the conceptualization of the creative process inherent in Romanticism; above all, it repeats Mickiewicz’s pattern of a poetic improvisation as he practiced it. This interpretive direction demonstrates how Mickiewicz entirely reevaluated the Jewish innkeeper’s social status and subjectivity, as well as elevating him to the highly respected status of a master. .

Bożena Shallcross is a professor in the Department of Slavic Languages and Literatures at the University of Chicago and an author of several monographs, edited and translated volumes, intertwined with articles and essays. In her research, she revises a variety of concepts related to the once fundamental division between the subject and the object in the sphere of literature, the visual arts, and the historical experience of the Holocaust. She is completing a book, tentatively entitled Inscriptions and Other Marks: Towards Material Nanophilology, and is preparing to work on a project concerning the status of testimonies given by the escapees from the death camp in Kulmhof-am-Ner.