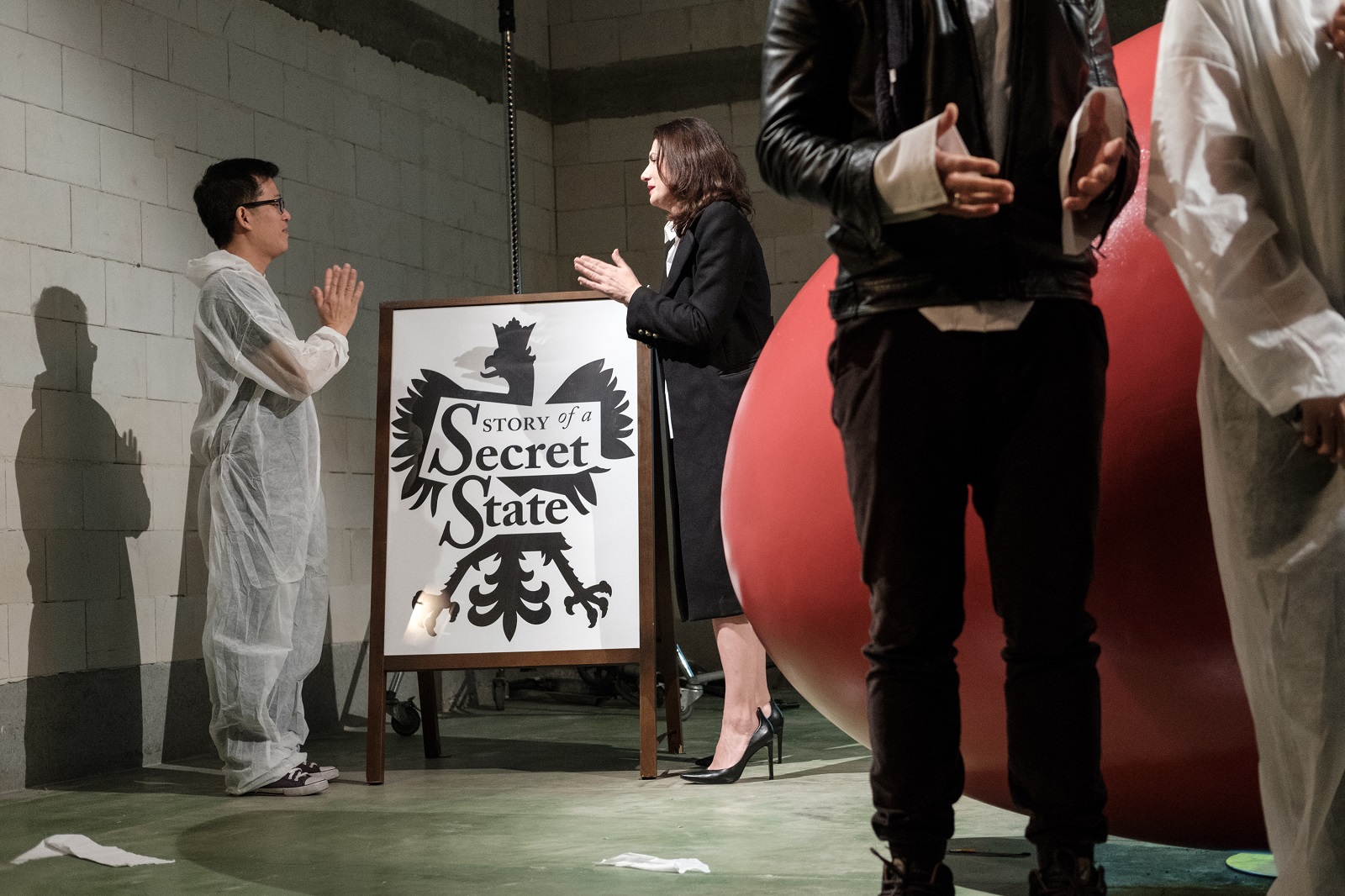 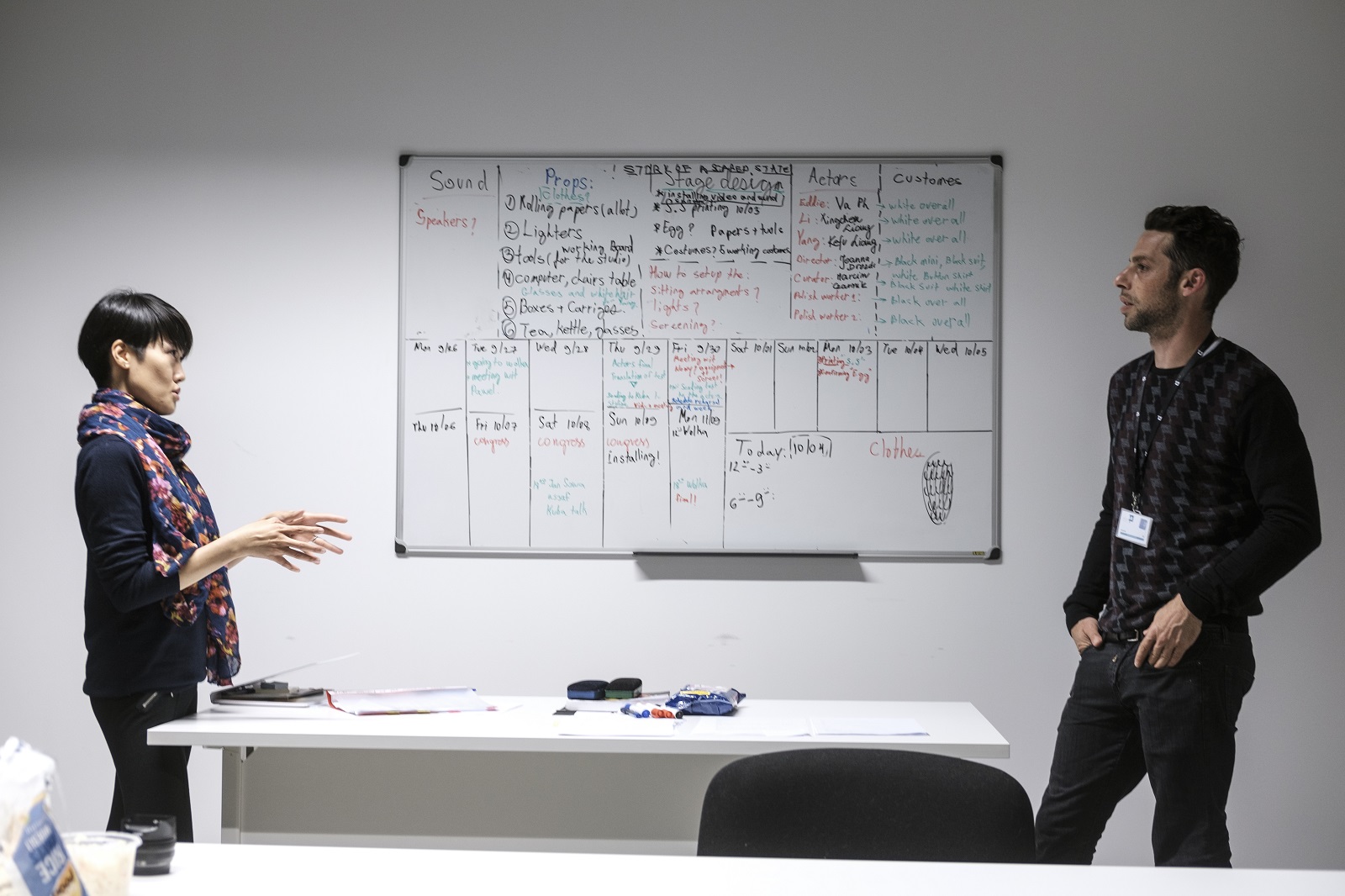 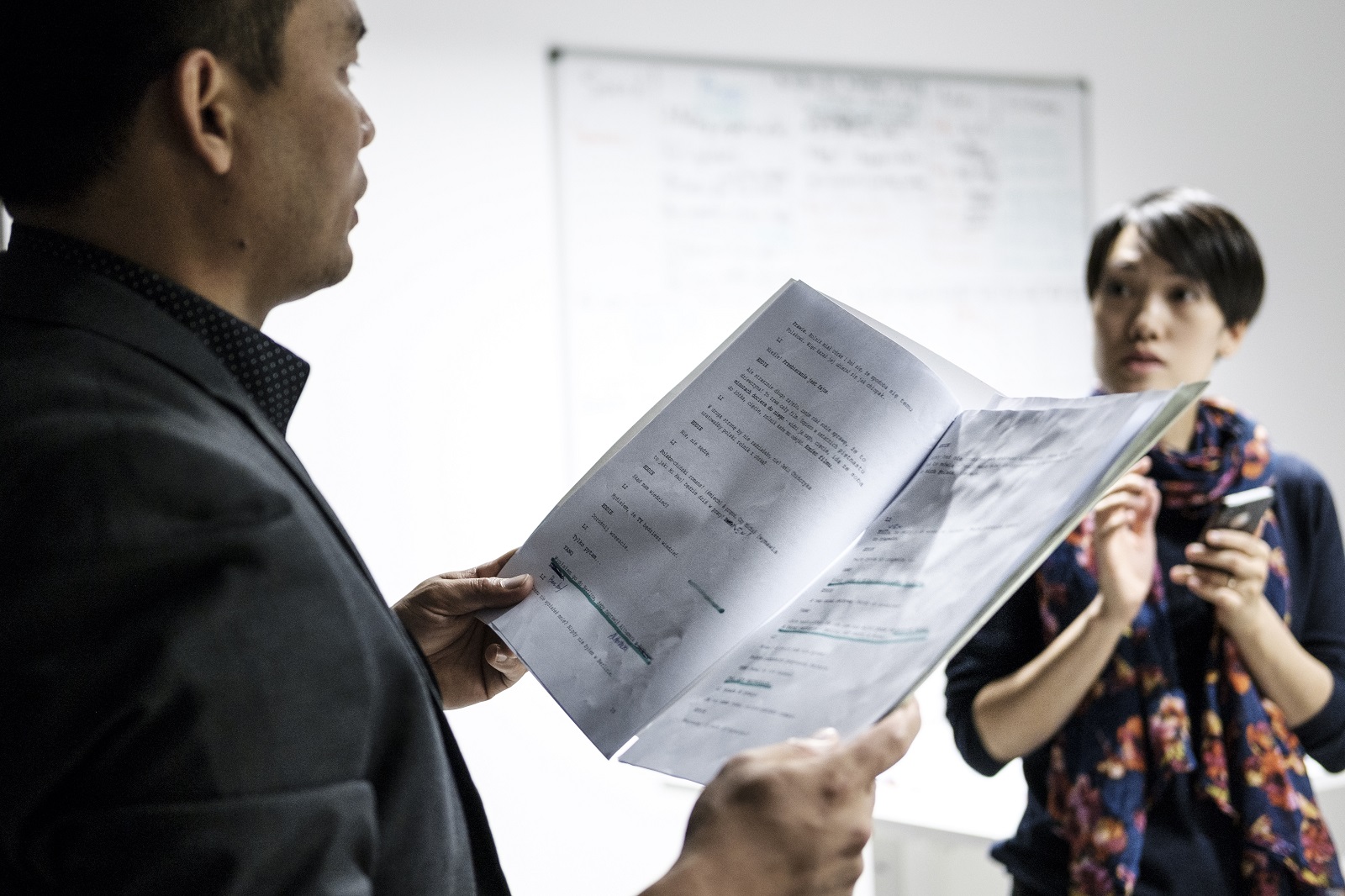 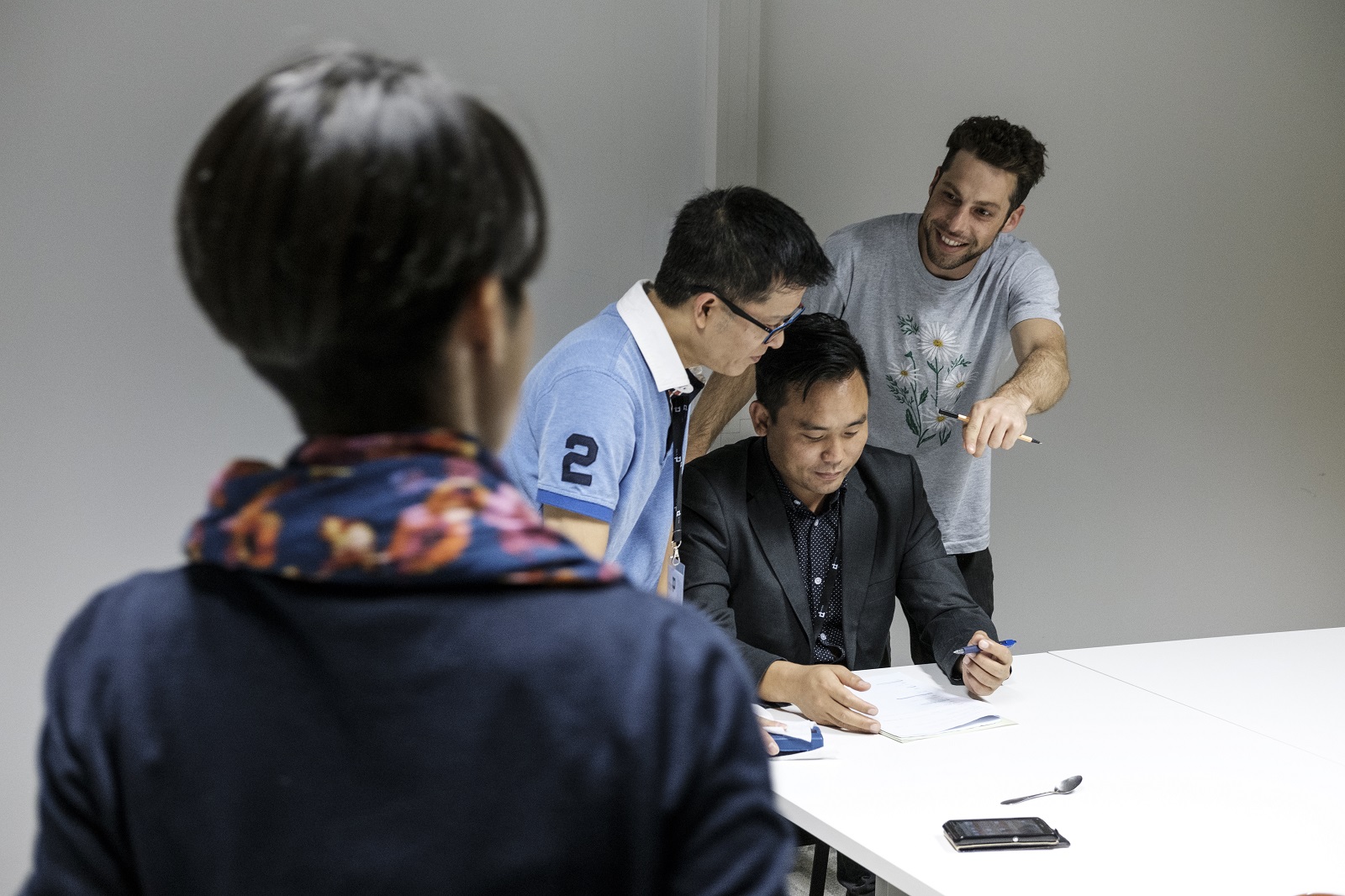 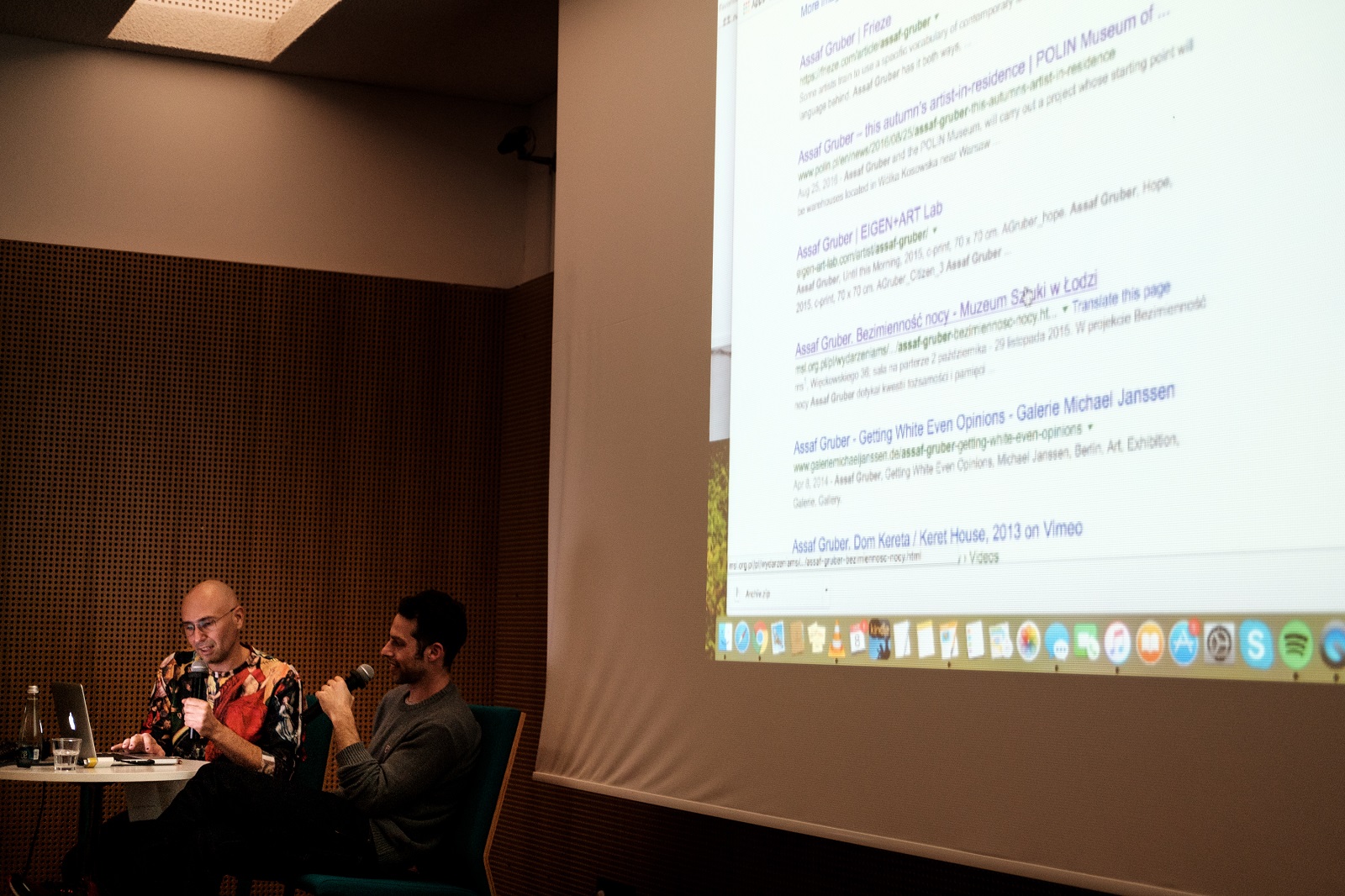 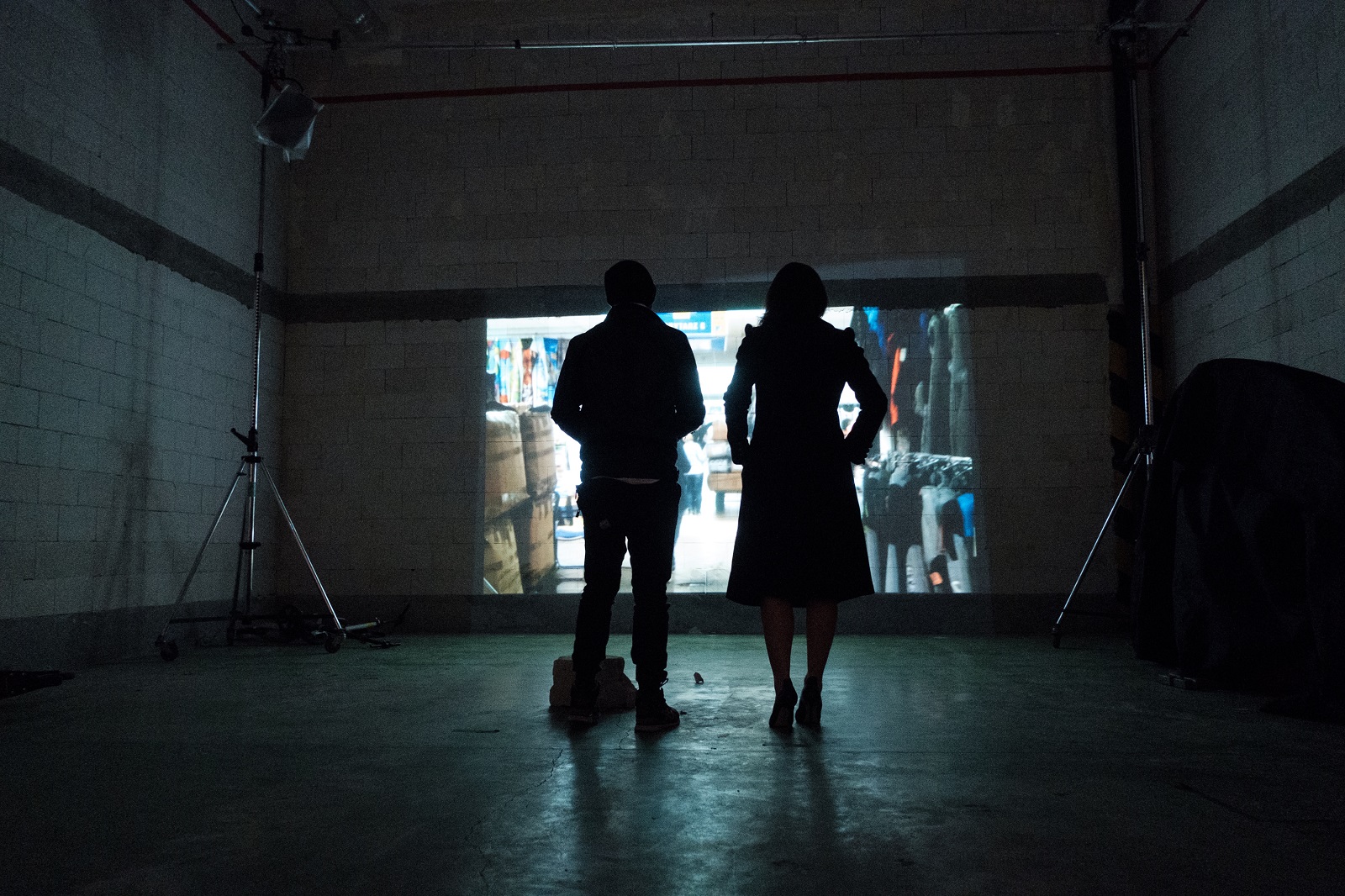 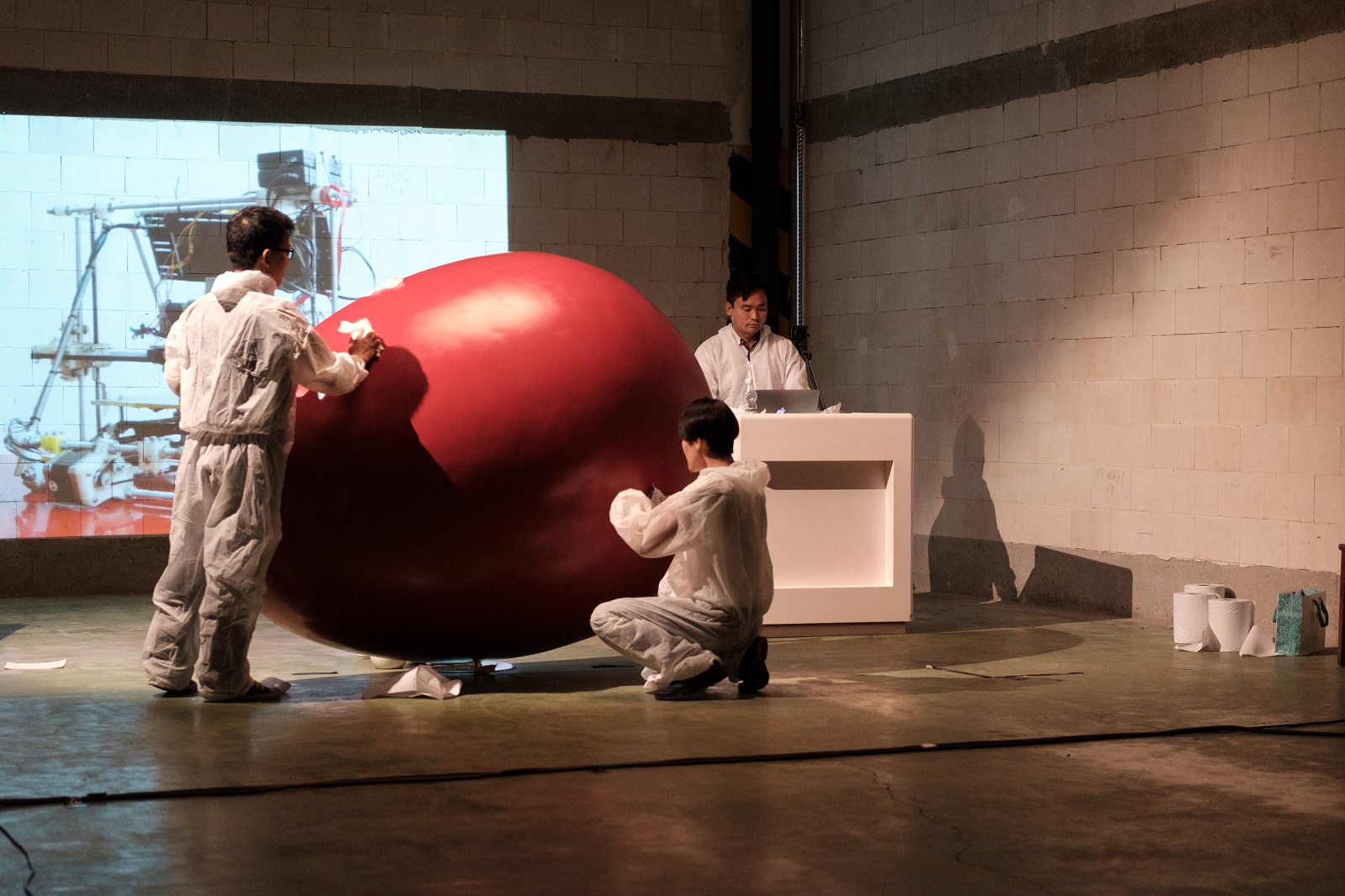 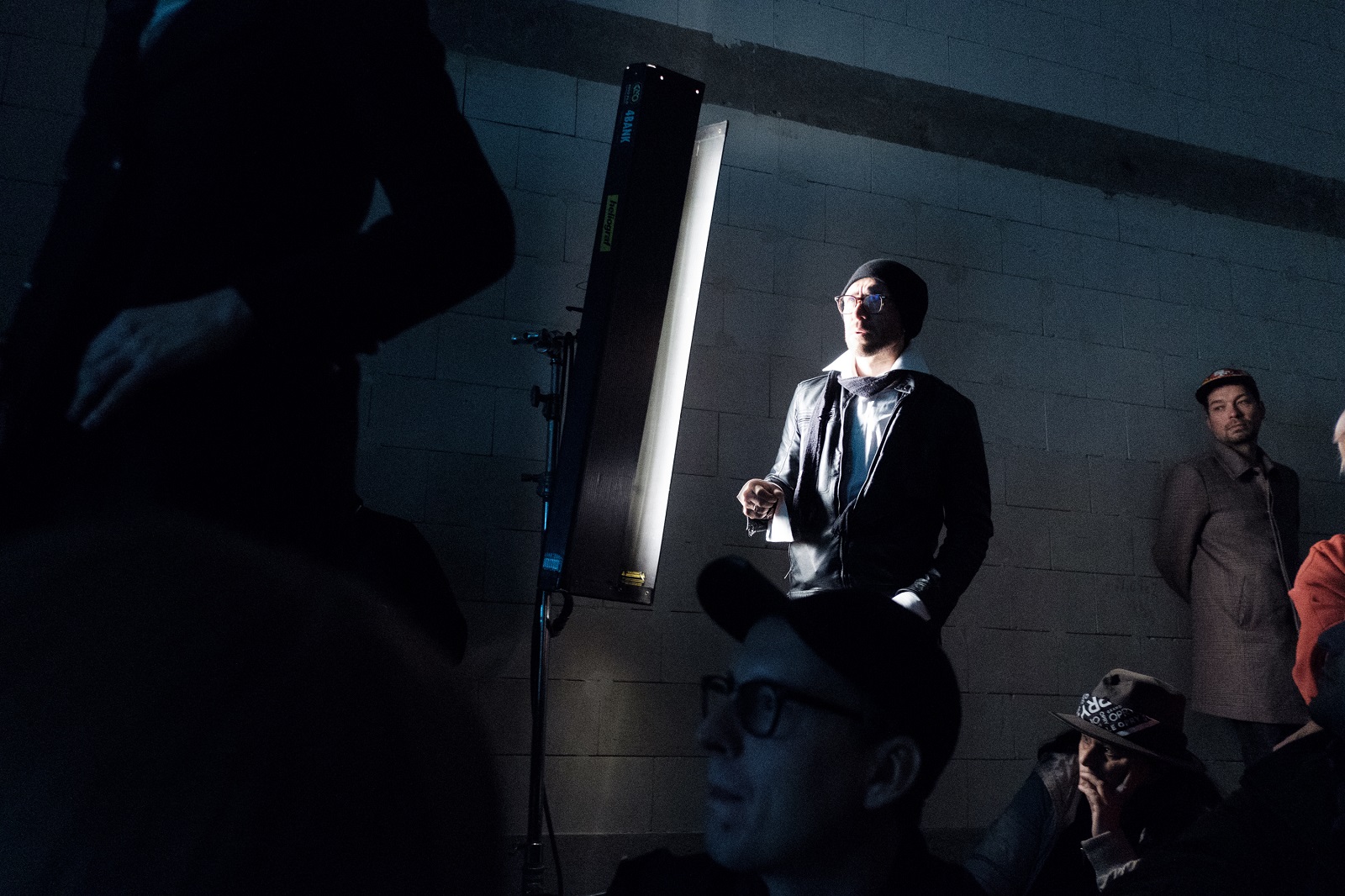 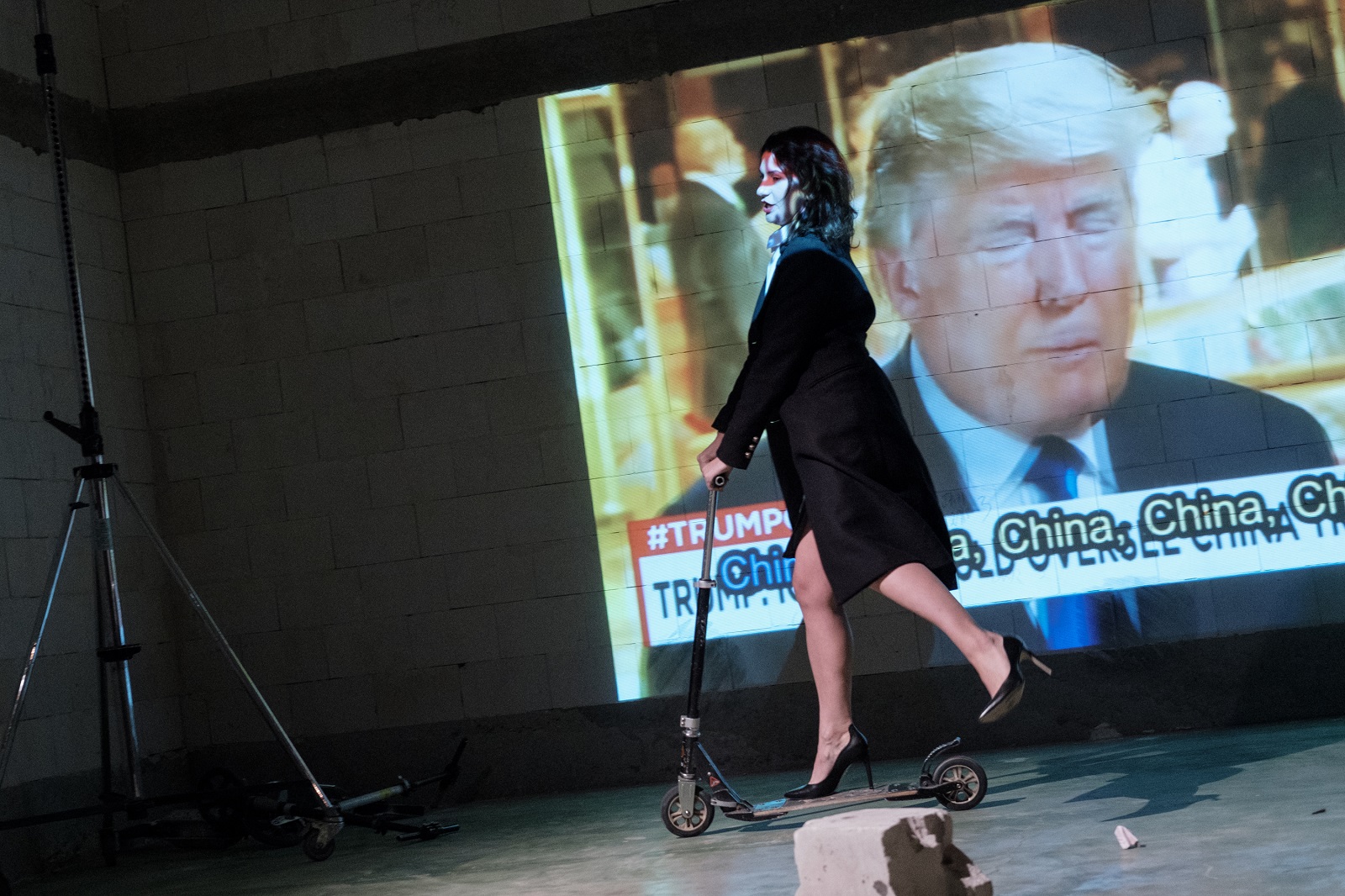 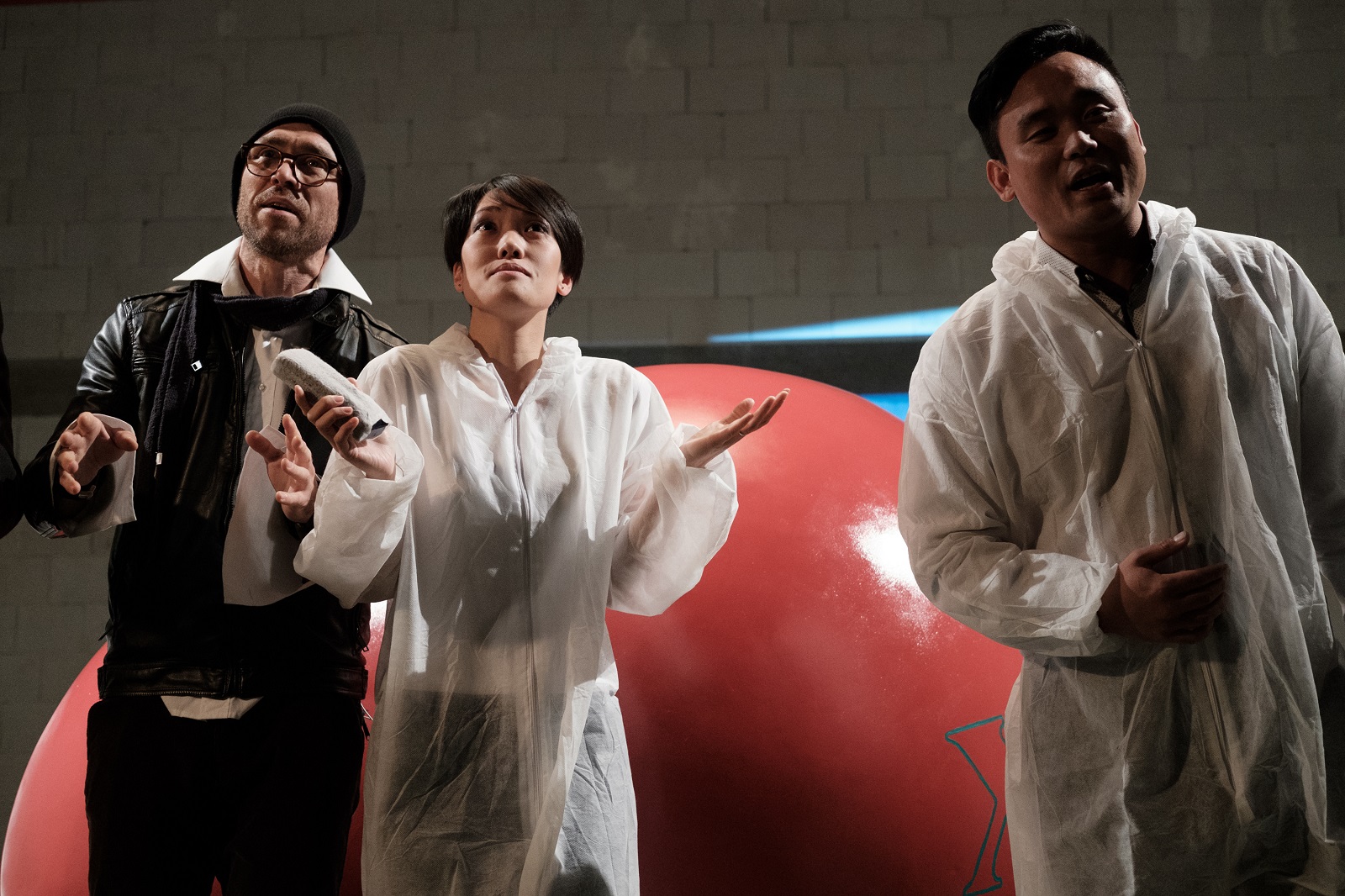 Story of a Scared State

Assaf Gruber, in cooperation with Kuba Mikurda and POLIN Museum, carried out a "Story of a Scared State" project whose starting point were warehouses located in Wólka Kosowska near Warsaw, full of goods from Asia.

This center of wholesale trade, the largest in Central and Eastern Europe, was founded by Chinese businessmen in the early 1990s.  It is  a place where Polish post-1989 capitalism spawned, reminiscent of  the iconic 10th-Anniversary Stadium (also known as Jarmark Europa, Europa Bazaar). The multiculturalism of Wólka Kosowska reminds the Israeli artist of the first Jewish newcomers in Poland, who – due to economic reasons – were merchants.

After studying the history of Polish Jews and Wólka Kosowska, the artist (Assaf Gruber) wrote a screenplay that’s core themes are based on history, immigration and stereotypes about the intermingling of cultures. The action takes place in the here and now. This context of the present not only showcases current political events and their impact on the lives of individuals but also the functions of institutions, such as cultural organizations, which appear to be of significant value.

Assaf Gruber  prepared the script of the performance and then recorded its one-time execution (the live performance was recorded).

In the alternative history invented by Gruber and Mikurda, POLIN Museum  has a debt to a company producing art work, which forces the director of the museum to have a meeting with the fictional company’s boss. The headquarters of the company ‘Red Dawn’ are located in Wólka Kosowksa and it is run by three Chinese people and a Pole. The company is known worldwide and is successful in both Polish and international markets.  During the meeting there is an absurd conversation which quickly escalates into a conflict. There is no indication that there is a solution for the situation which could satisfy both sides.

Assaf Gruber graduated from the École Nationale Supérieure des Beaux-Arts (ENSBA) in Paris and the Higher Institute of Fine Arts (HISK) in Ghent. In 2012 he was an artist-in-residence at Künstlerhaus Bethanien. He is a scholarship winner of Berlin's Akademie der Künste. He presented his works in solo exhibitions at Muzeum Sztuki in Łódź and Eigen+ Art Lab in Berlin, as well as the Berlinale International Film Festival and the Festival of Art in Public Space – Open City in Lublin.

The partner of the event is GD Poland International that we would like to thank for their enormous help with the realization of the project.