Letters from the Ghetto: Anniversary of Sealing Off the Warsaw Ghetto 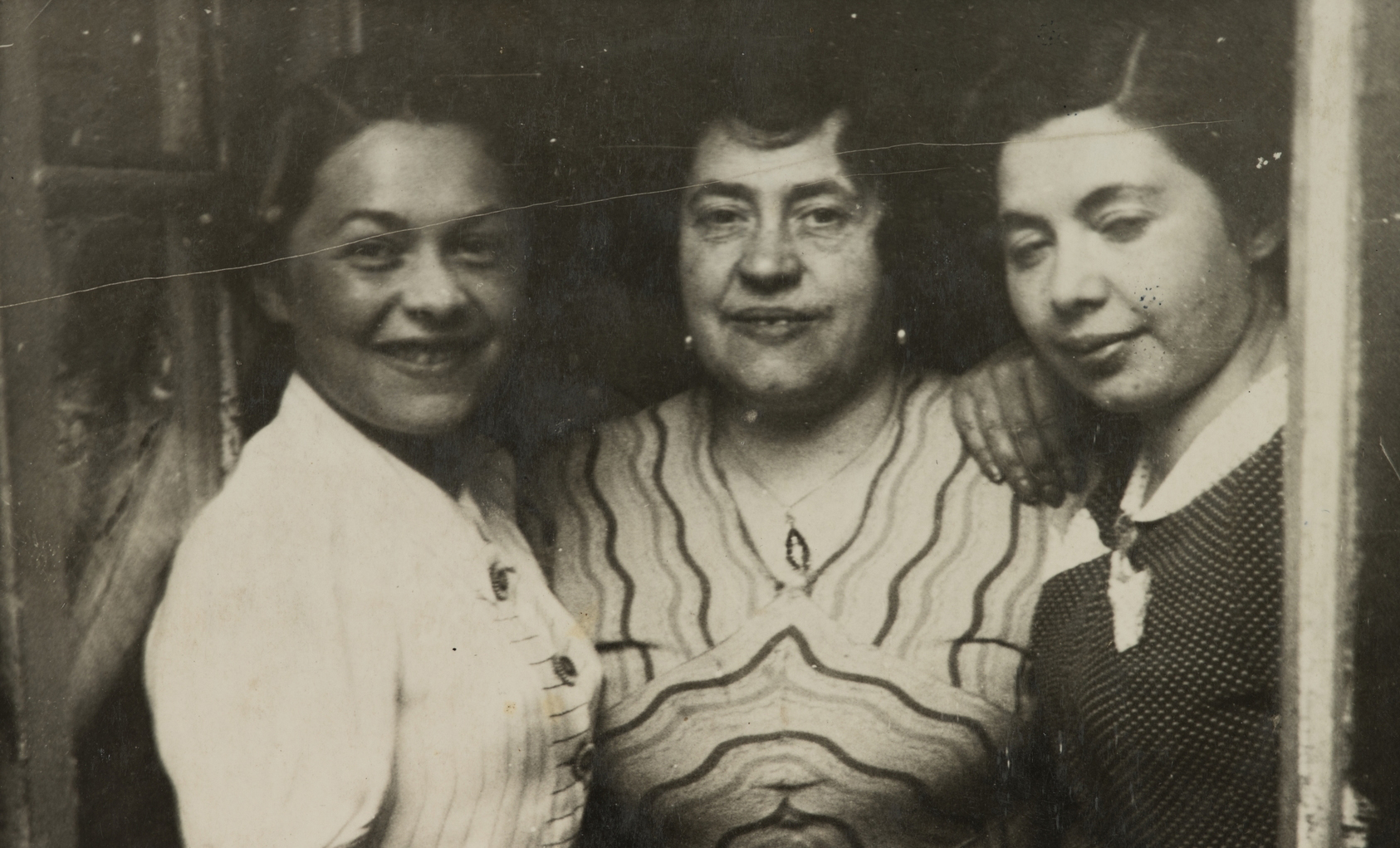 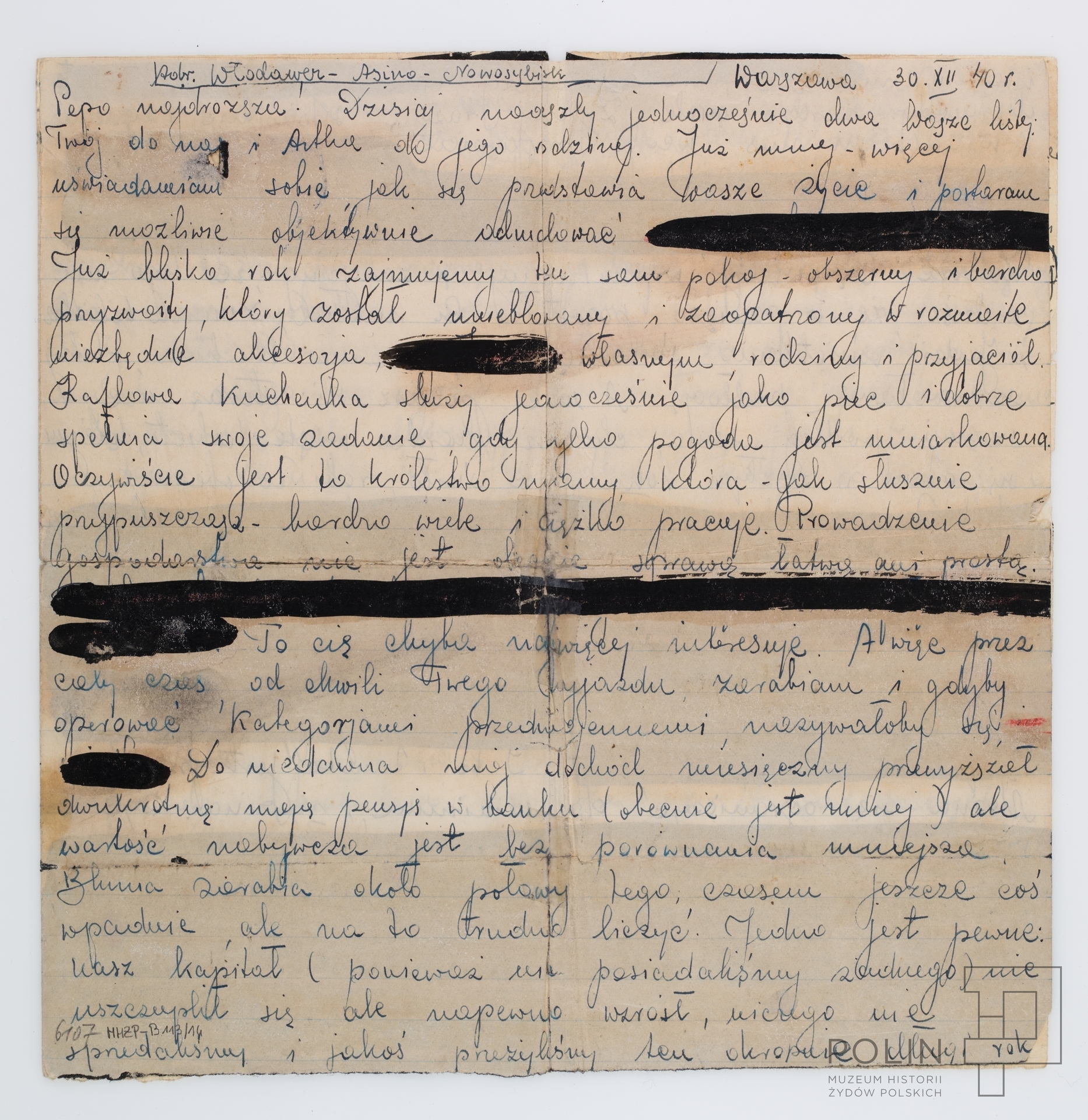 POLIN Museum collection boasts unique testimonies related to the life in the Warsaw Ghetto - letters sent from the ghetto to family members who had fled to the USSR.

The largest collection of letters sent from the Warsaw Ghetto is made up by letters of the Justman family, addressed to the daughter and sister Paulina (Pesa, Pepa) Włodawer. Paulina, together with husband Artur, managed to escape to the East in autumn 1939.

Regina Justman, the main author of the presented letter from the collection, stayed in Warsaw to look after her parents. The letter dates back to the period shortly after the Warsaw Ghetto had been sealed off (December 1940). It was censored - some words and entire sentences were erased; in all likelihood, they referred to the living conditions within the ghetto. Despite the interference, the letter contains quite a lot information on the material aspects and the general condition of the family members. It is an absolutely unique artefact, both on the emotional level and as a testament to the reality that people in the ghetto had to endure.

"“It has been nearly a year,” writes Regina Justman, “that we have been living in the same room - it is spacious and decent really, furnished and equipped with all sorts of useful accessories [one word erased] own, family and friends. Tiled stove serves both as a cooker and as a heater, and it does a good job when the weather is mild. This is mama’s kingdom, clearly. As you may have guessed, she has been working really hard. Running a household is a true challenge nowadays. [sentence erased]. […] Until recently, my monthly income doubled my bank salary (today it’s slightly less), but the value of the money has plummeted. Bluma earns half my income, sometimes we get a bit more money, but one can’t count on it. One thing is certain: our assets didn’t shrink (for we didn’t have any) but rather increased. We didn’t have to sell anything and yet, somehow, we have survived this unbearably long year and four months without suffering from extreme hunger. And that is quite something, believe me. […]  you remember Jadzia’s small, chilly room, lit by a candlelight, her black kitchen and me scrubbing her floor. Do not despair  -I no longer scrub the floor by myself, there are very many women who do that too, even though only a year ago they would have never imagined themselves in such a role. [large chunk of text erased]. I won’t even try to describe to you how I feel. You do believe that we’ll meet again, so I will tell you everything then. I, personally, find it very hard to believe, even if the thought of meeting with you is the only joy that I allow myself to hope for in this life."