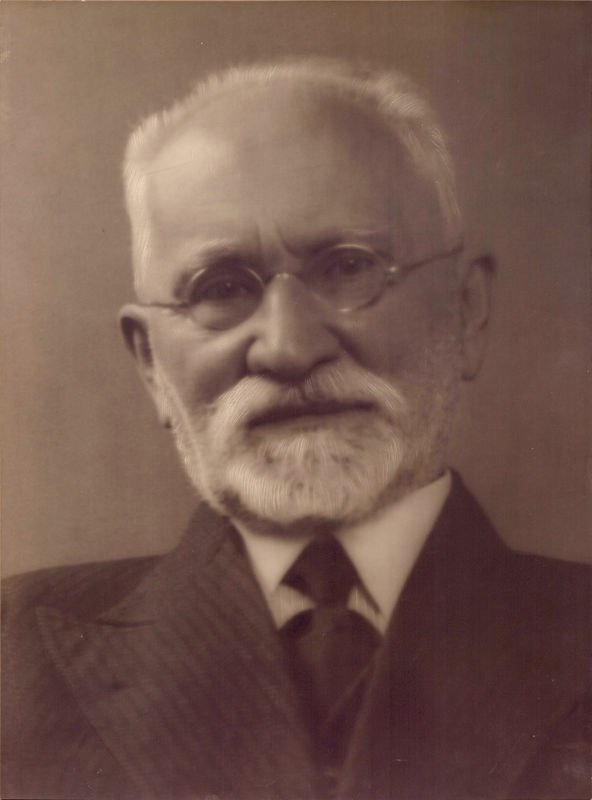 Viktor Kelner, a biographer of Simon Dubnow, dubbed this famous Jewish intellectual, scholar and politician “a missionary for history,” and these words seem to capture perfectly the essence of Dubnow’s life and work.

Shimon Meyerovich Dubnow was born in 1860 in Mstsislaw (today Belarus), at the very heart of Russia’s Jewish Pale of Settlement where traditional Jewish culture of a primeval nature clashed with modernisation trends that were about to change the lives of Russian Jews forever in the second half of the nineteenth century. Being a representative of the first generation of secular Jewish intelligentsia in Russia, Dubnow pursued traditional education and his early life revolved around Yiddish he knew from home, and Hebrew he acquired during his religious studies. Once he entered a state school, he picked up Russian, and then - on his own account - learnt other European languages. Dubnow's itinerary included St. Petersburg and Odessa, but also Kaunas, Berlin and Riga. Brought up in the Belarusian shtetl, he travelled across Russia and later Europe, laying the foundations for a new thinking about the Jewish community and writing historical treatises that are still valid today.

As a self-taught historian, Dubnow achieved an undisputed scholarly success not only in Russia. He was the leading figure of a milieu often referred to as the Russian Wissenschaft (as opposed to its half a century older German archetype). History as practiced by Shimon Meyerovich acquired a new methodological aspects and an unprecedented social function - he believed that Jews were a nation and as such were in need of their history in order to better understand the ties that pulled together all the groups and factions divided by both politics and religion. His texts - the great synthesis of Jewish history in particular - go far beyond the institutional or state dimension. The basis of Dubnow’s work is the conviction that all Jews are connected by national bonds, regardless of where they live. A strong emphasis on instilling the readers with awareness of the fundamental rights of Jews living in Tsarist Russia (an elsewhere) - cultural and linguistic freedom and a place equal to other nations within the structures of a great empire - was an integral part of his philosophy of history.

Dubnow was also an effective politician. His intellectual stance and a new social dimension of his approach to Jewish history secured him a prominent position within the Jewish intelligentsia. His contacts with the milieu of Jewish-Russian liberals, Duma politicians and activists of the opposition against the Tsarist regime quickly elevated him to the rank of an ideologist of the nascent folkist movement and the author of a concept of national and cultural autonomy adapted to the conditions of the Tsarist state. From the beginning of the twentieth century, Dubnow actively engaged not only in scholarly endeavours, but also in supporting organizations fighting for the rights of Jews and ensuring their safety in the face of impending pogroms.

Dubnow was not enthusiastic about the Bolshevik seizure of power, or the situation of Jews in interwar Poland. In 1922 he emigrated to Kaunas, and from there to Berlin where he continued to work on his monumental synthesis of Jewish history. In 1933, in the wake of Hitler’s rise to power, Dubnow left for Riga where he ended up in a ghetto, following the Nazi invasion of Latvia. There, despite his advanced age, he was active in propagating the action of collecting evidence and historical documentation. He was shot in December 1941, but his burial place has never been located. Meanwhile, we continue to benefit from the work of this eminent historian - his ideas on social history and the way he perceived the historical processes that Jews were part of still transpire in many contemporary scholarly texts on Jewish studies.