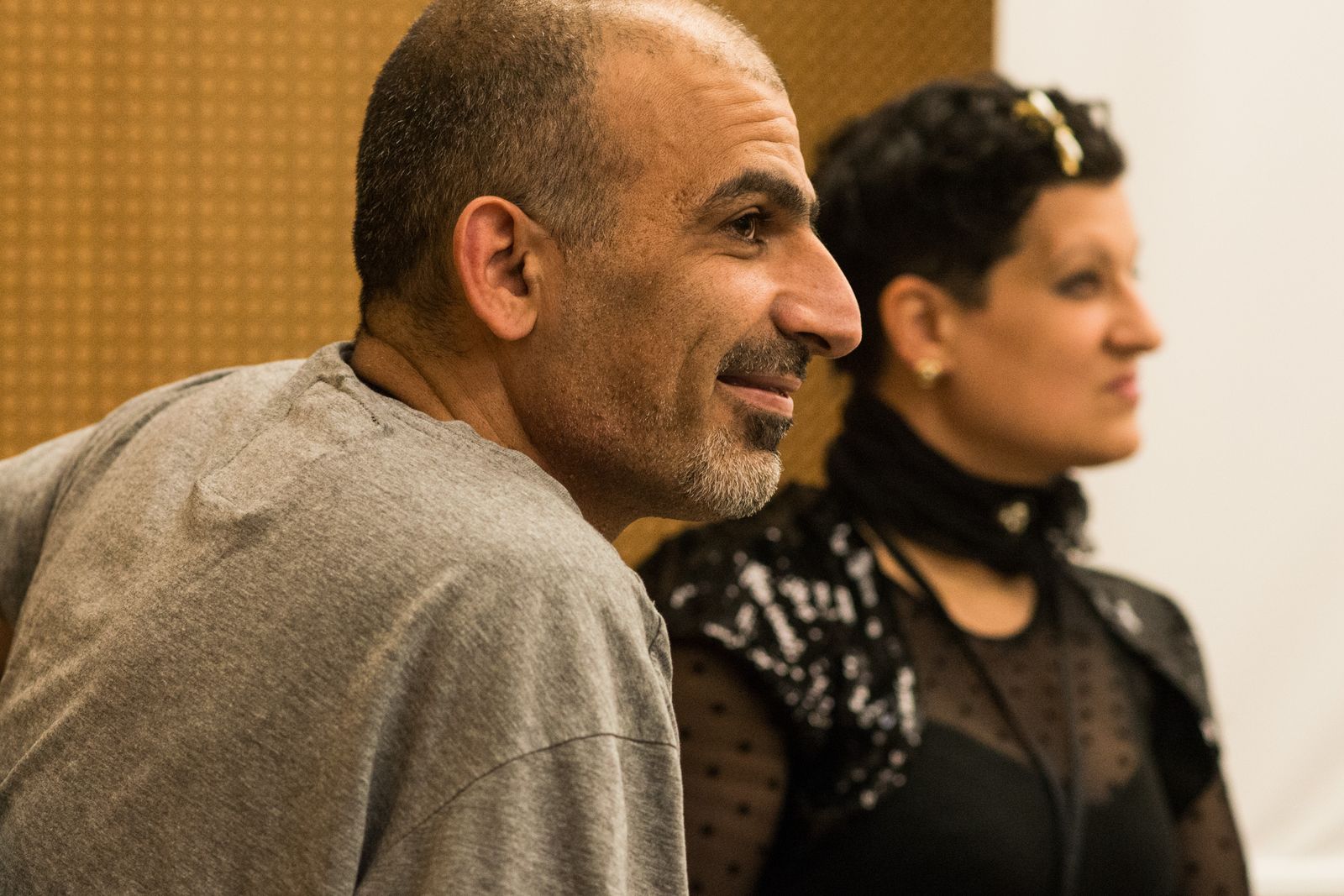 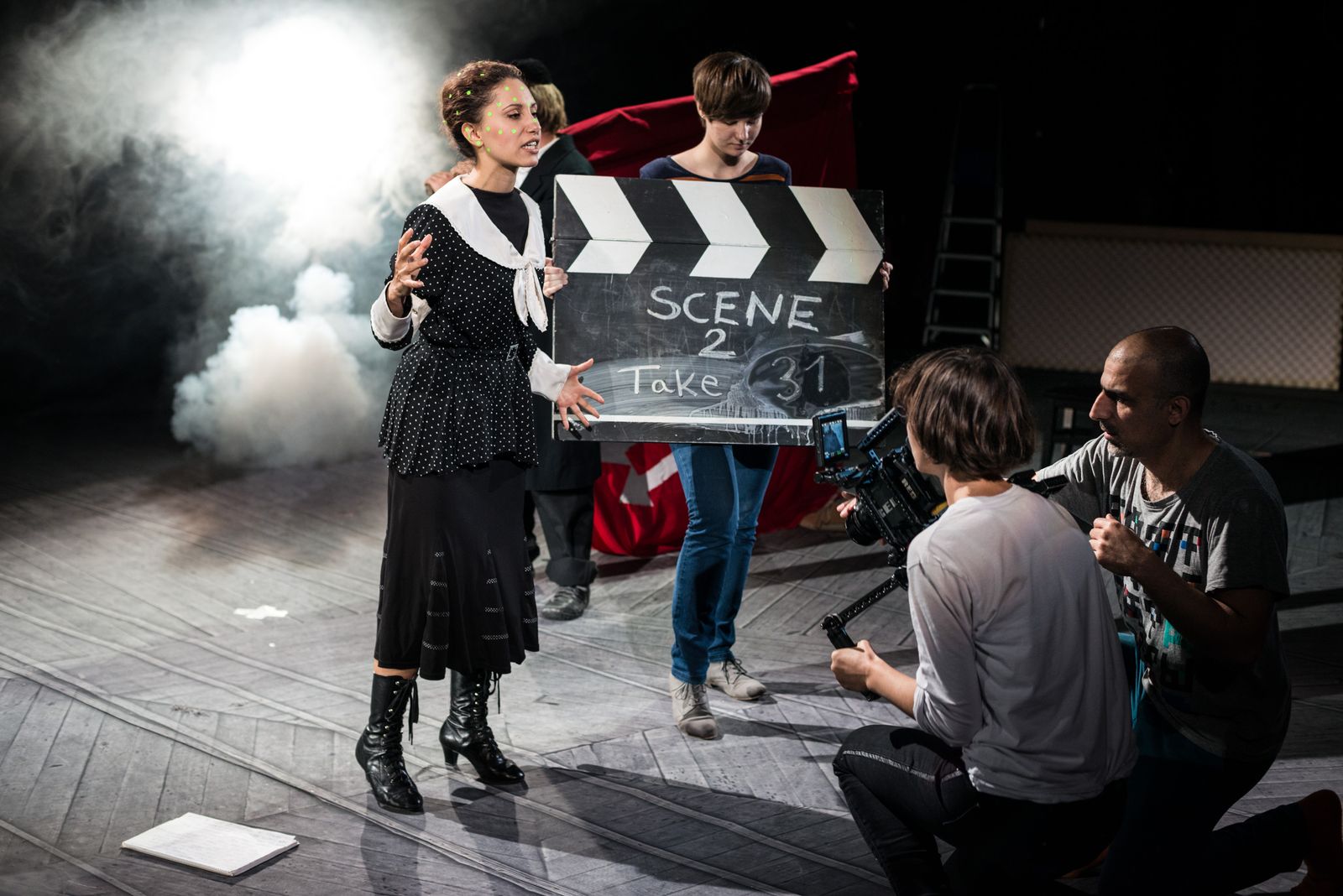 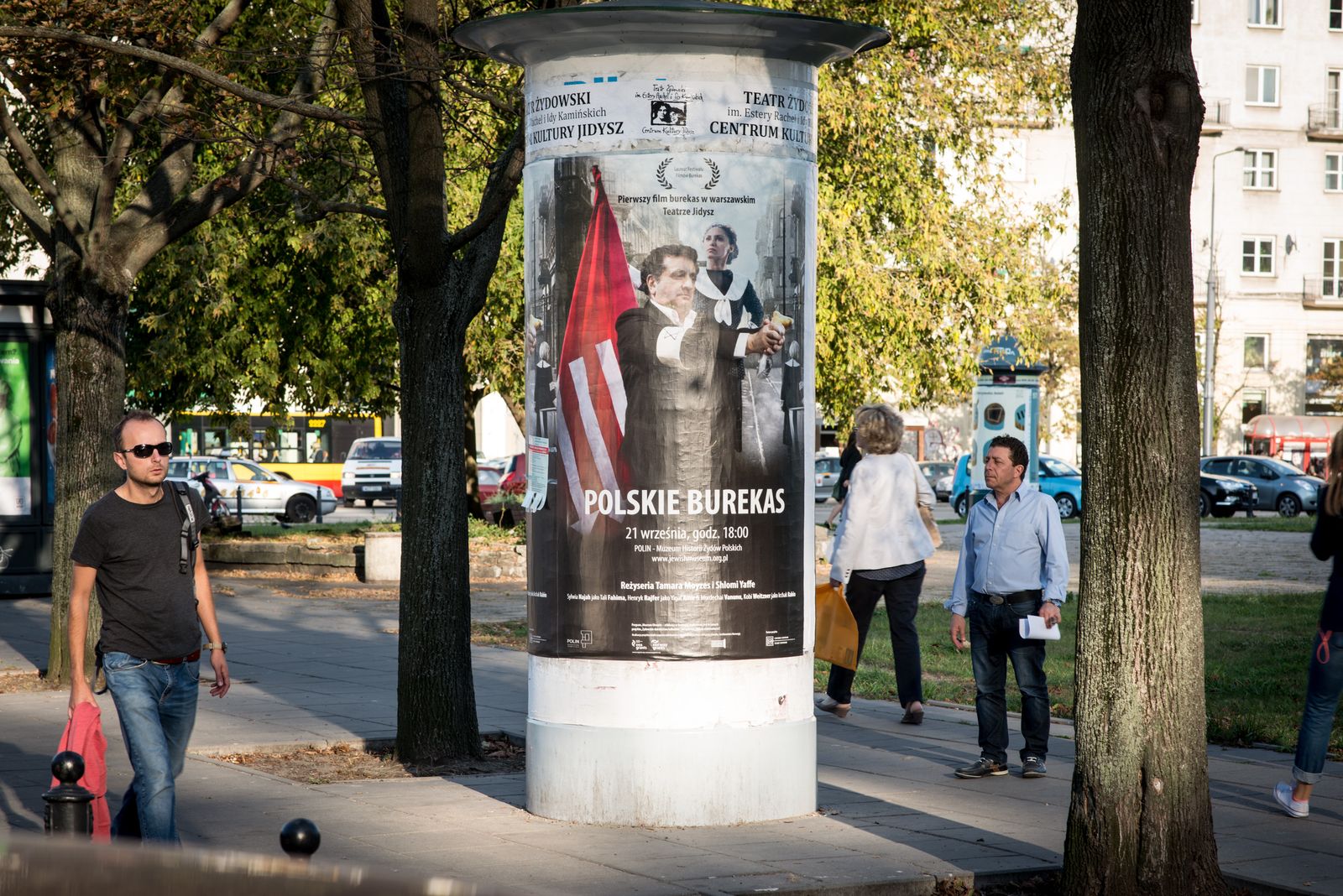 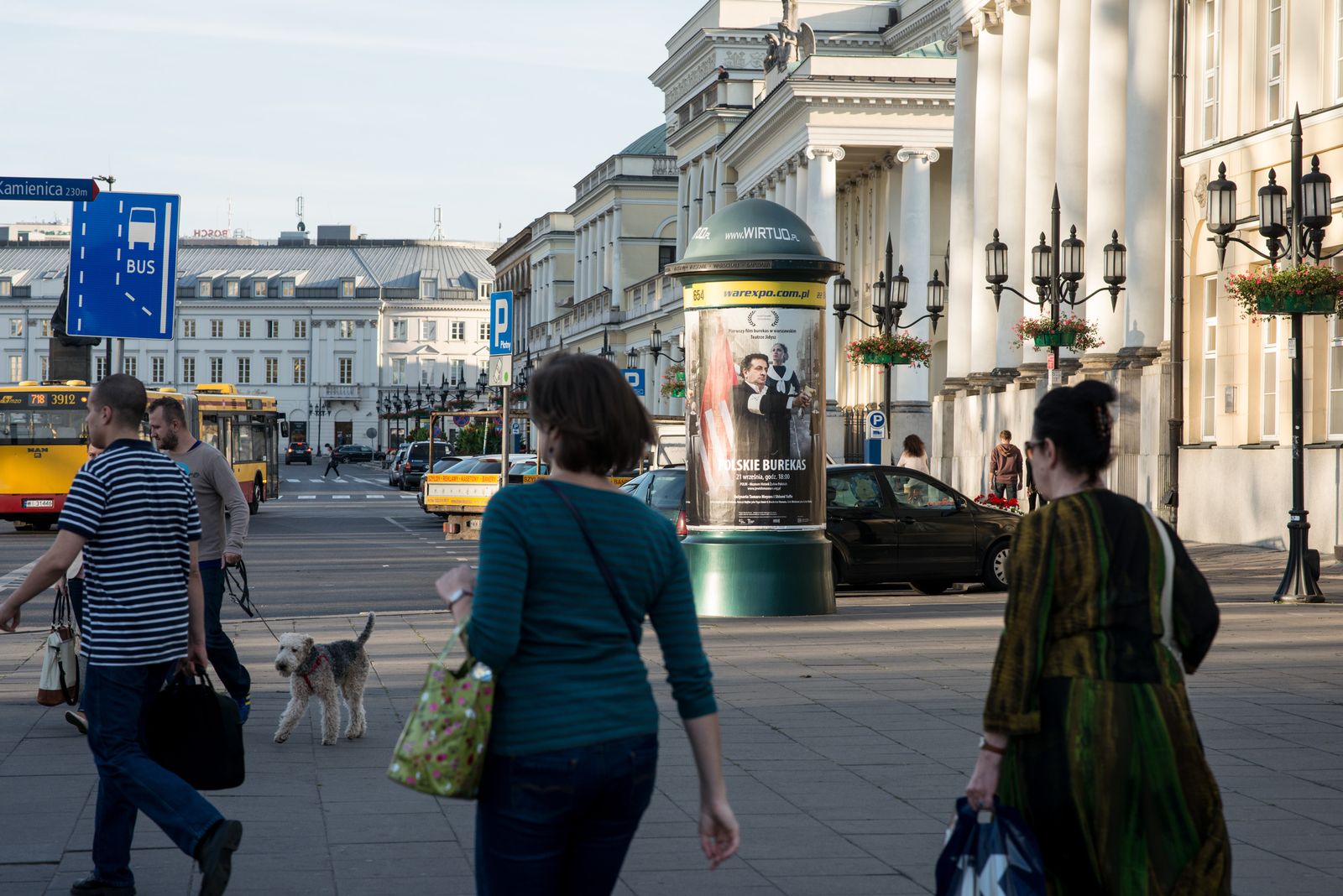 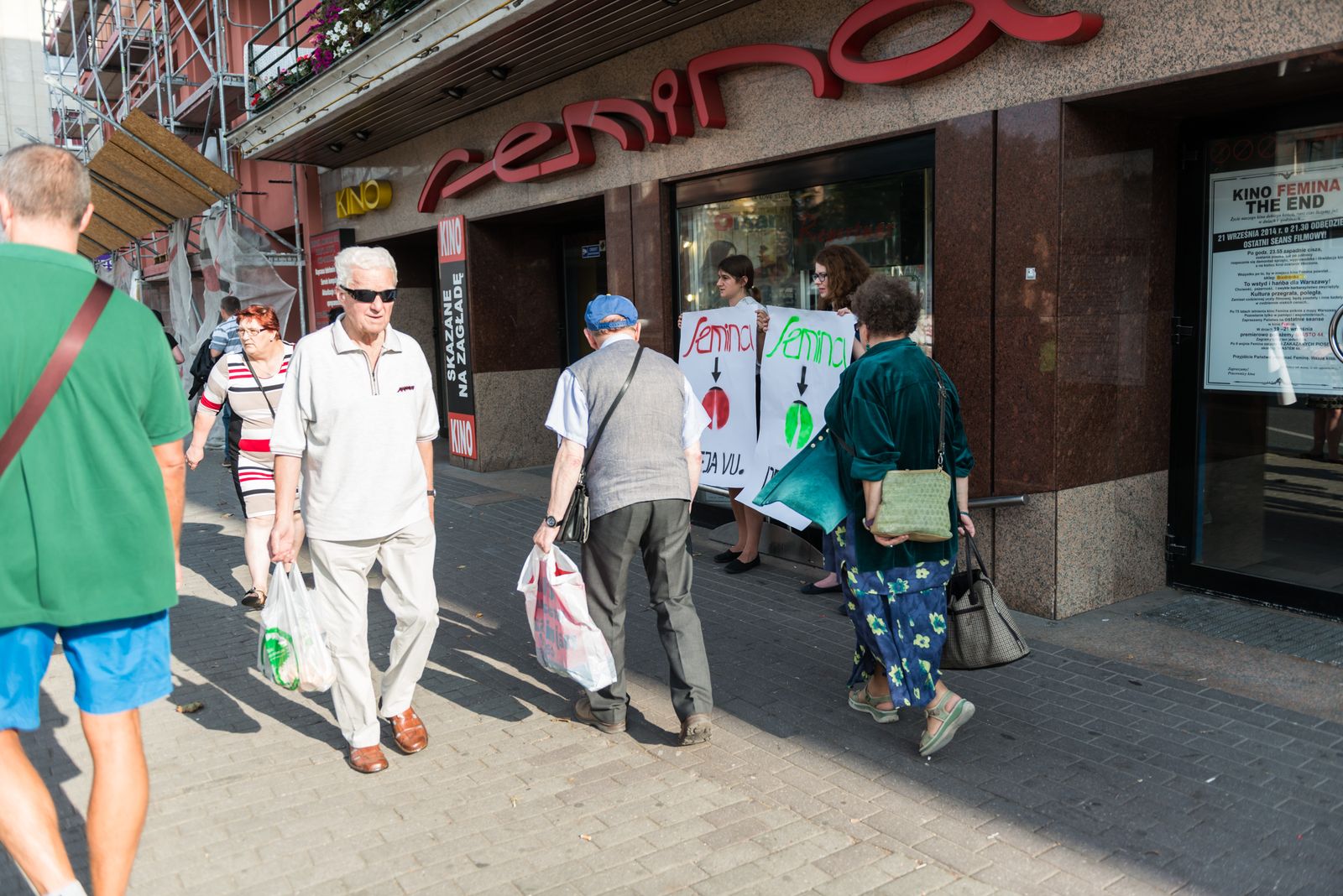 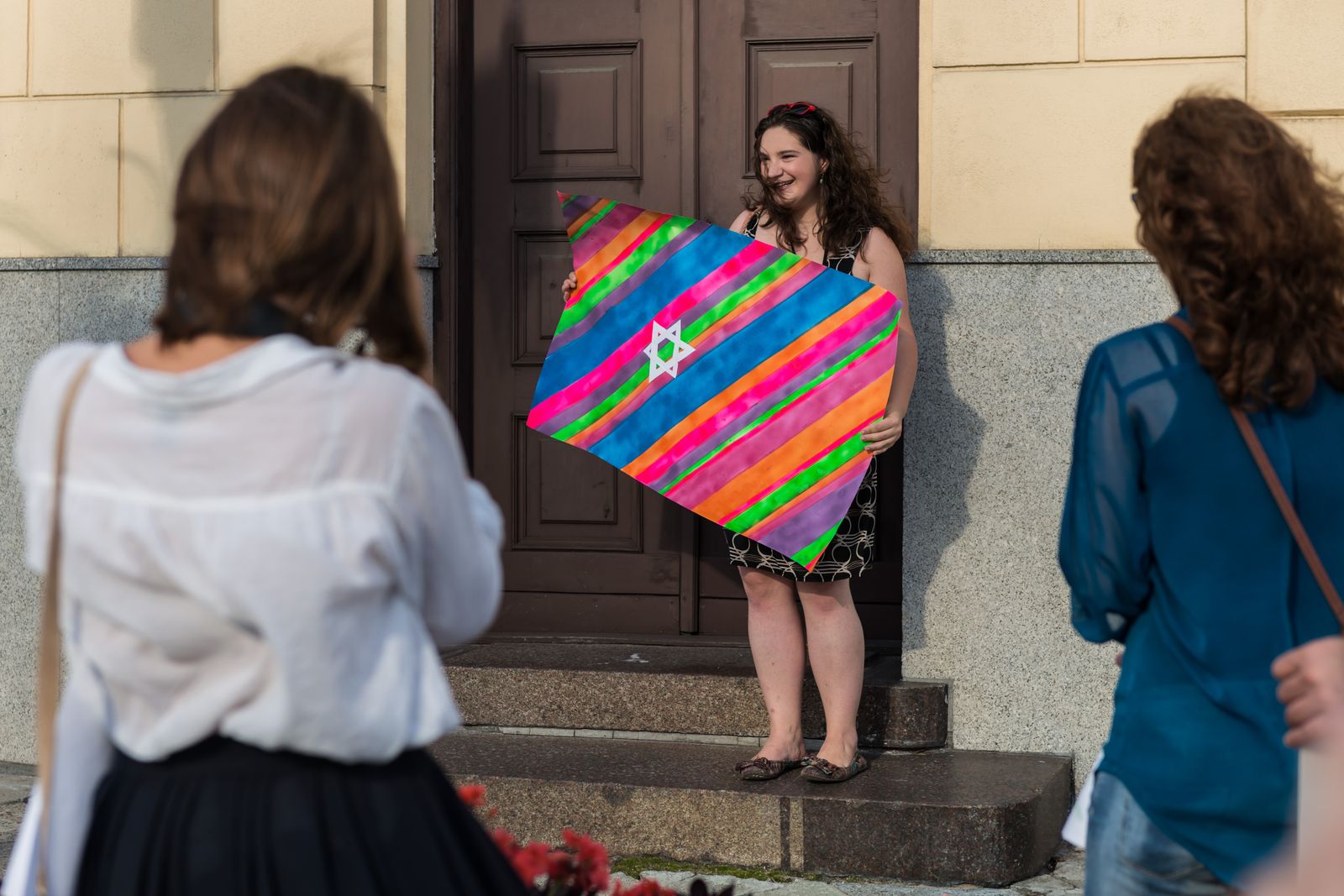 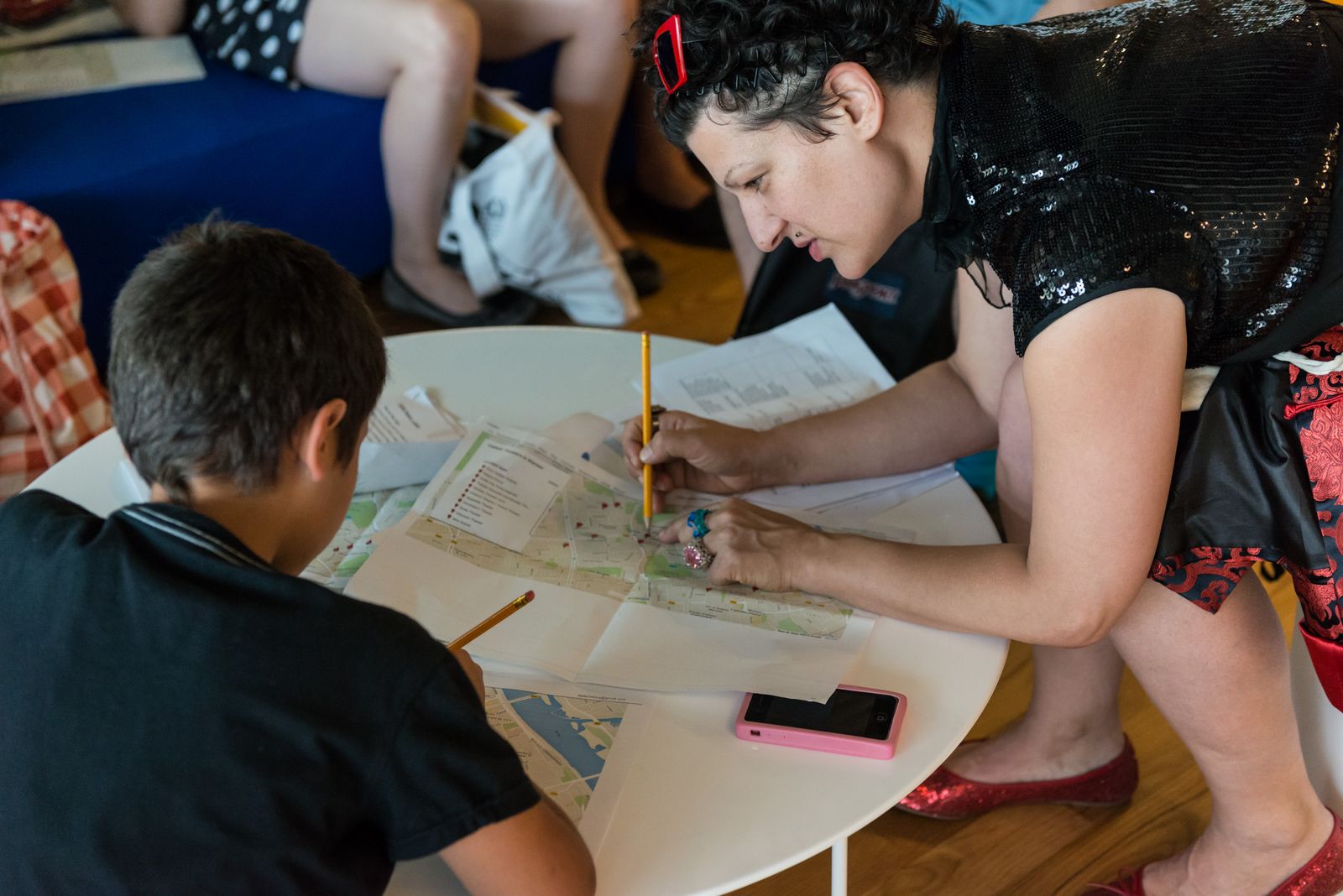 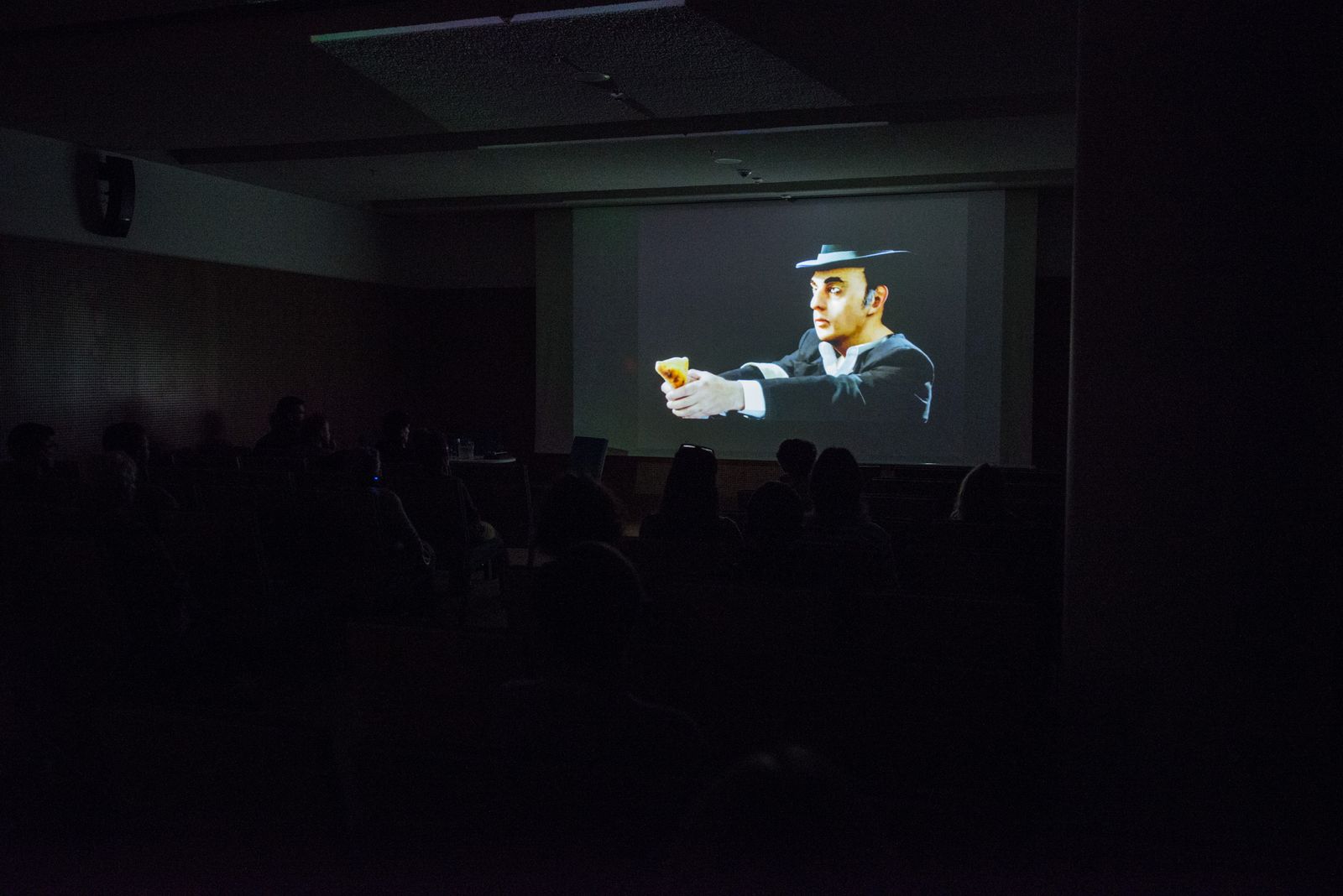 Tamara Moyzes and Shlomi Yaffe often refer in their works to contemporary cultural stereotypes and track down their traces in visual culture and in language. They point to the ways in which we perceive the others and discuss the meaning of civic belonging, often on the basis of their own experience of being foreigners.

The duo has based the project carried out as part of the museum residence on the pre-war Warsaw Yiddish theatres and on the features of the Israeli film genre called bourekas which was popular back in the 1960s and the 1970s.

Bourekas are expressive comedies with attributes of melodrama which focus on depicting relations between Mizrahi and Ashkenazi Jews. Influences of the Yiddish literature can be traced in them and the way in which the social features of the inhabitants of an East European shtetl were portrayed in these writings.

Tamara Moyzes and Shlomi Yaffe decided to rely on those two aesthetic foundations – literature and theatre, as well as films – to create a series of three short films using 3D face animation technologies (Vilem Novak, the artist-animator was responsible for this part). Huge format posters promoting the project in the Hollywood style appeared for a short time in Warsaw.

The films by this duo tell us the stories of life of contemporary Israeli figures, shown with the help of animated scenes. The protagonists of the films are: Yitzhak Rabin, Yigal Amir, Mordechai Vanunu, and Tali Fahima.

These figures are played by the actors connected with the Ester Rachel Kamińska and Ida Kamińska State Jewish Theatre – Sylwia Nahaj, Henryk Rajfer, and Kobi Wietzner.

Historical events in which Rabin, Amir, Vanunu and Fahima participated are for Moyzes and Yaffe a point of departure to tackle the notion of stereotypes and identity myths. The issue is particularly important for the artists since they are representatives of the Mizrahim (Yaffe) and Ashkenazi (Moyzes) families.

The screenplays of the films contain other important references to the Bund and Zionism, as well as raise a question of today’s place of Jews in the world. The artists are interested in the fact that although the majority of the contemporary Jewish identity is connected with Israel today, old European cities still bear its traces.

They wanted to express it by referring to the non-existent history. The examples they have chosen were Warsaw Yiddish theatres. They hosted workshops devoted to that issue during which they created an interactive map depicting the history of the Warsaw Jewish theatres.

Answering the question “Where is the home of Jewish culture today?” they distributed posters inspired by the project and the artivism practice of the residents in selected locations where Yiddish theatres were once situated.

The conclusion of the artist's residency at the museum was a meeting led by Joanna Ostrowska, the author of >> "Polskie burki — Polish Bourekas" .

More about the artists

An artist and curator of art. A graduate of, inter alia, the New Media Department at the Prague Academy of Fine Arts, and the Bazalel Academy of Arts and Design in Jerusalem. The winner of the EGOART AWARD (2004), nominated for the award of the International Media Arts Biennale WRO (2005). The artist-resident of ARTPORT (Tel Aviv), Villa Waldberta (Feldafing) and the Goethe Institute (Berlin).

A graduate of the Fine Arts Department and the New Media Department of the Brno University of Technology, as well as the Bazalel Academy of Arts and Design in Jerusalem. His works were presented, inter alia, in the NoD gallery and in Karlin Studios (Prague), KUMU Arts Museum (Tallinn), and during the Mediations Biennale (Poznań).

The project is implemented in a partnership with the Czech Centre