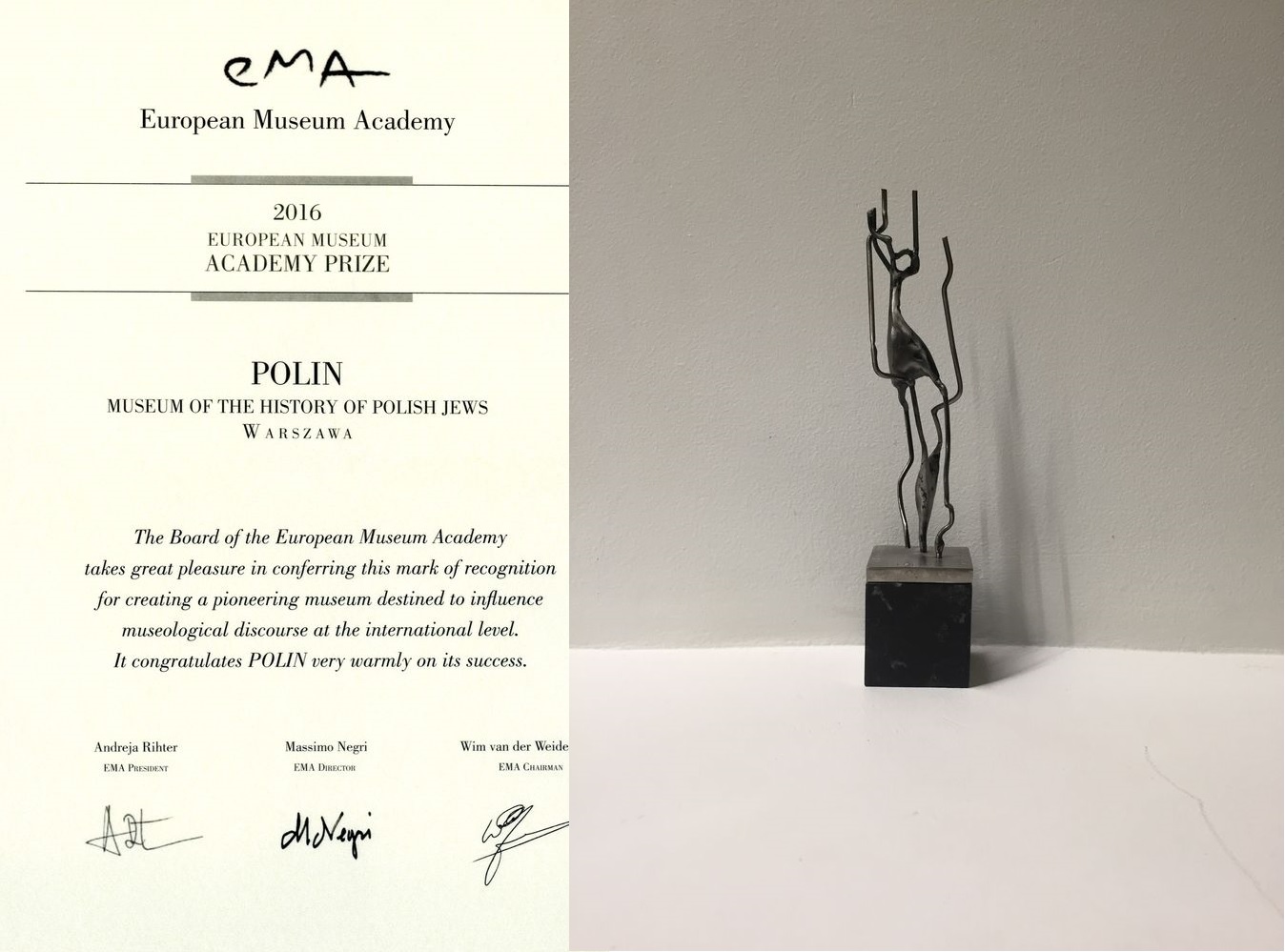 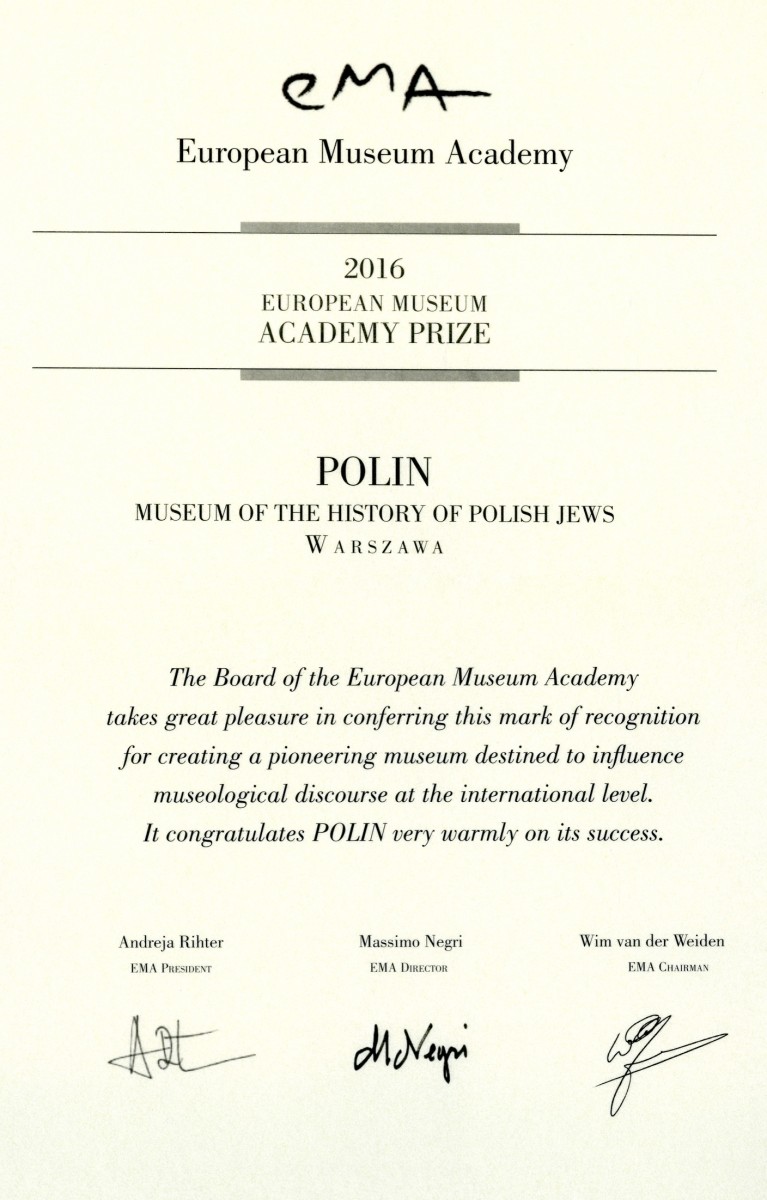 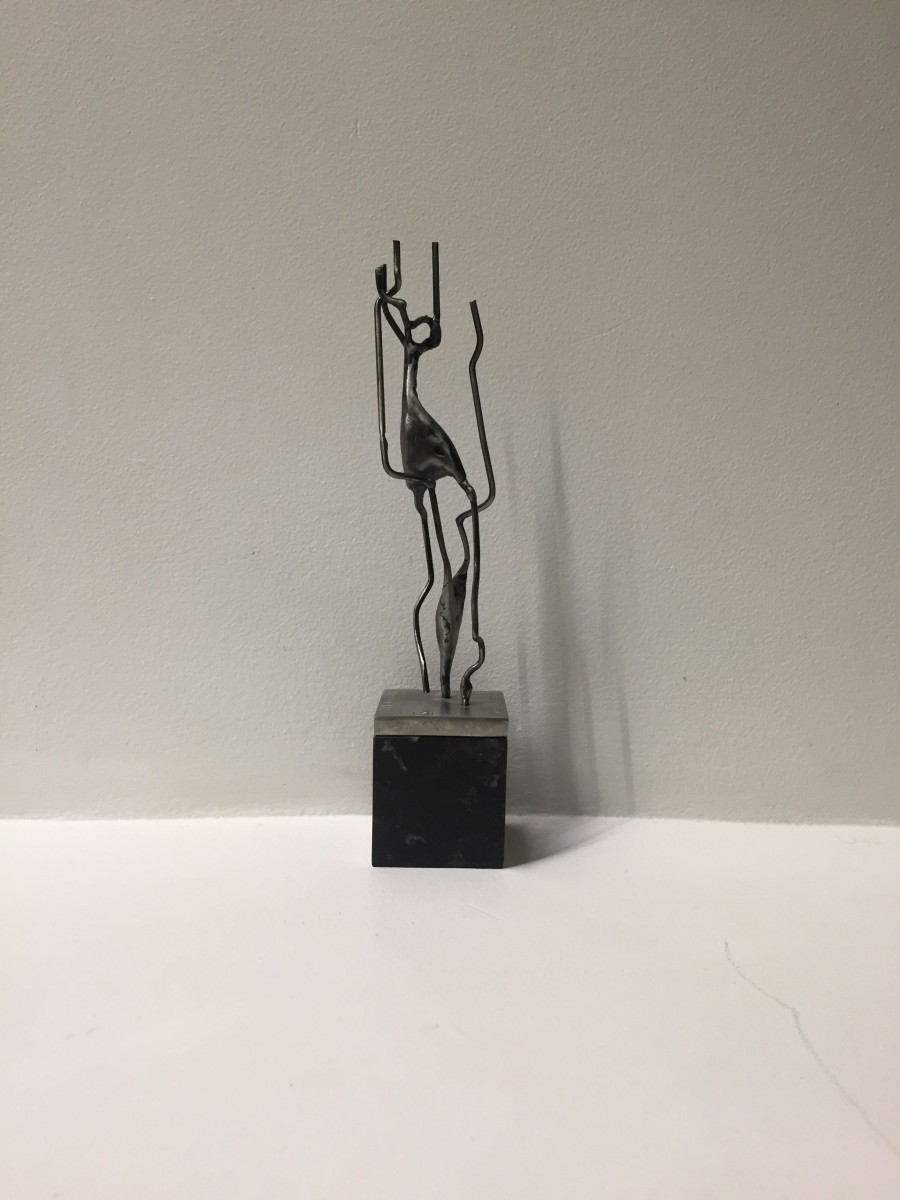 POLIN Museum of the History of Polish Jews has been granted the EMA (European Museum Academy) Award – one of the most prestigious European distinctions awarded to museums. The award was presented to Prof. Barbara Kirshenblatt-Gimblett, Chief Curator of the Core Exhibition, by Wim van der Weiden, the Chairman of the European Museum Academy. The ceremony was held in Riga on 8 November, during the Annual General Meeting of the Europeana Network Association.

"Polin Museum meets the criteria for this prize at its maximum. It is not just an excellent museum but a state of the art cultural institution which reaches diverse public all over the world. That is why it deserves the title of a ‘Total Museum.’ The diversity and variety of its activities and the scope of its aims and goals makes it a unique institution with a worldwide impact. The institution meets the criteria for the European Museum Academy Prize perfectly. Apart from its impressive core exhibition, the institution boasts many important side-elements: the Resource Center, the Virtual Shtetl, the Global Education Outreach Program, and the Museum on Wheels," - stated the Board of the European Museum Academy.

The EMA Prize is not necessarily presented every year and is given by the Board of EMA on the basis of proposals submitted by its Pool of Experts, National Representatives, International Supporters or other groups involved in EMA activities. In 2011 the Prize was awarded to the Galileo Museum in Florence, Italy, and in 2013 to the Foundation Europeana in The Hague, Netherlands.

The European Museum Academy Prize was established in 2010 with the aim of recognizing the outstanding results of organizations, researchers and cultural institutions in creating pioneering museums or producing studies and carrying out projects of European relevance which are destined to influence the development of museological discourse at the international level.

For more information go to:  www.europeanmuseumacademy.eu