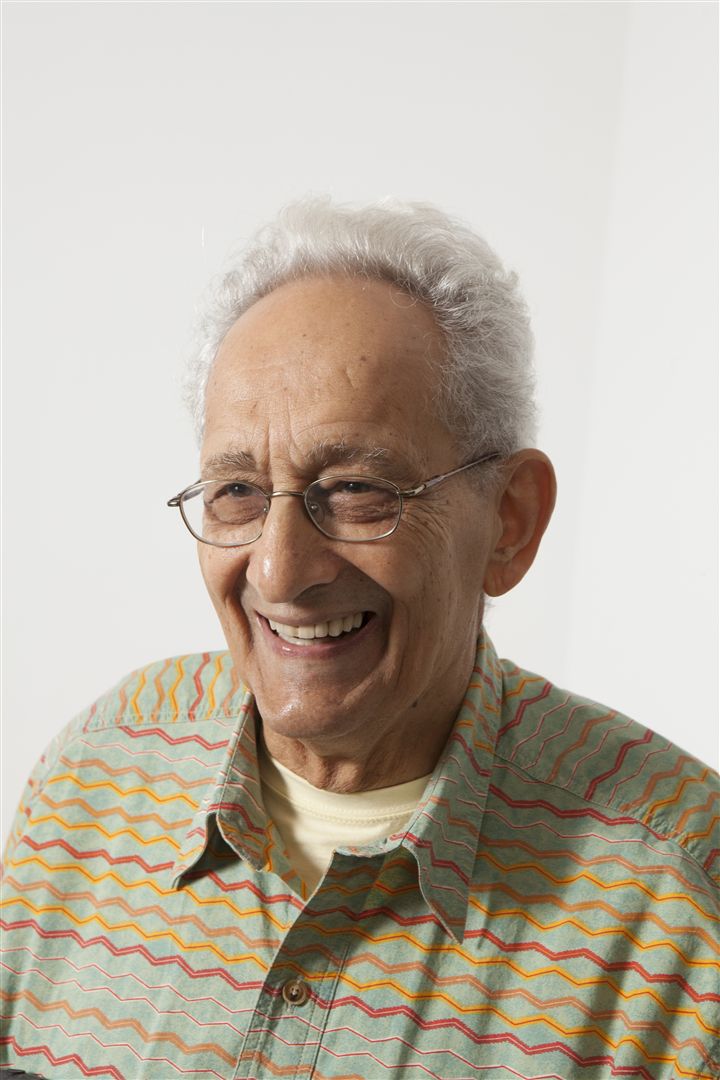 Frank Stella was born in 1936 in Malden, Massachusetts, to a family of Italian immigrants. He first encountered abstract painting in high school, at the Phillips Academy in Andover, where he was taught by Patrick Morgan who introduced him to the Modernists. In 1954 he enrolled at Princeton, where he studied history and art history. He also attended painting classes and imbibed art in the many galleries and museums of New York, being strongly influenced by Abstract Expressionism. He even devoted his senior thesis at Princeton to the links between Jackson Pollock’s painting and illuminated medieval manuscripts. Having obtained his degree in 1958, he moved to New York, a city he has maintained a close connection with all his life.

In New York he initially works on the side as a house painter, but rapidly establishes contacts with gallery owners and art critics. That same year he begins working on his famous Black Paintings, which include references to Nazi Germany and the Holocaust. In 1959 his works are featured for the first time as part of a collective exhibition, and his first painting is purchased by MoMA. In 1960 Stella completes the Black Paintings series and has his first solo show. In 1961 he sets out on a trip to Europe with Barbara Rose, whom he marries in London. His career rapidly gains momentum. Monographic exhibitions of Stella’s works are held at prestigious galleries and museums in the United States and Canada. In 1970 a Stella retrospective, curated by William Rubin, opens at MoMA. Stella becomes the youngest artist in history to have a retrospective at such a prestigious institution. The exhibition would later visit the Tate Gallery in London and the Stedelijk Museum in Amsterdam, among other places, contributing to growing recognition for the artist around the world.

1970 is also significant from the viewpoint of the POLIN Museum exhibition, Frank Stella and Synagogues of Historic Poland. After the opening of the Amsterdam exhibition Stella had to undergo knee surgery. While in hospital, he was visited by American architect Richard Meier, who gave him Maria and Kazimierz Piechotka’s book Wooden Synagogues as a present. It is this book that inspired Stella to embark on the Polish Village series.

The turn of the 1960s and 70s also marked a turning point in Stella’s style. As William Rubin would later say, Stella began to shift from minimalism to maximalism. He abandoned two-dimensional, restrained painting for spatial forms which over time attained a truly Baroque variety of shapes and colors.

Frank Stella has been active as an artist for over 60 years. His works can be admired in dozens of museums and art galleries around the world, including the Museum of Modern Art, the Peggy Guggenheim Collection, the Pizzuti Collection, the Kawamura Memorial DIC Museum of Art, the Whitney Museum of American Art, TATE Museum, the National Gallery of Australia, the Toledo Museum of Art, and the Tel Aviv Museum of Art. He has been granted honorary degrees by several universities, including his alma mater, Princeton. In 2009 he received the National Medal of Arts from U.S. president Barack Obama.