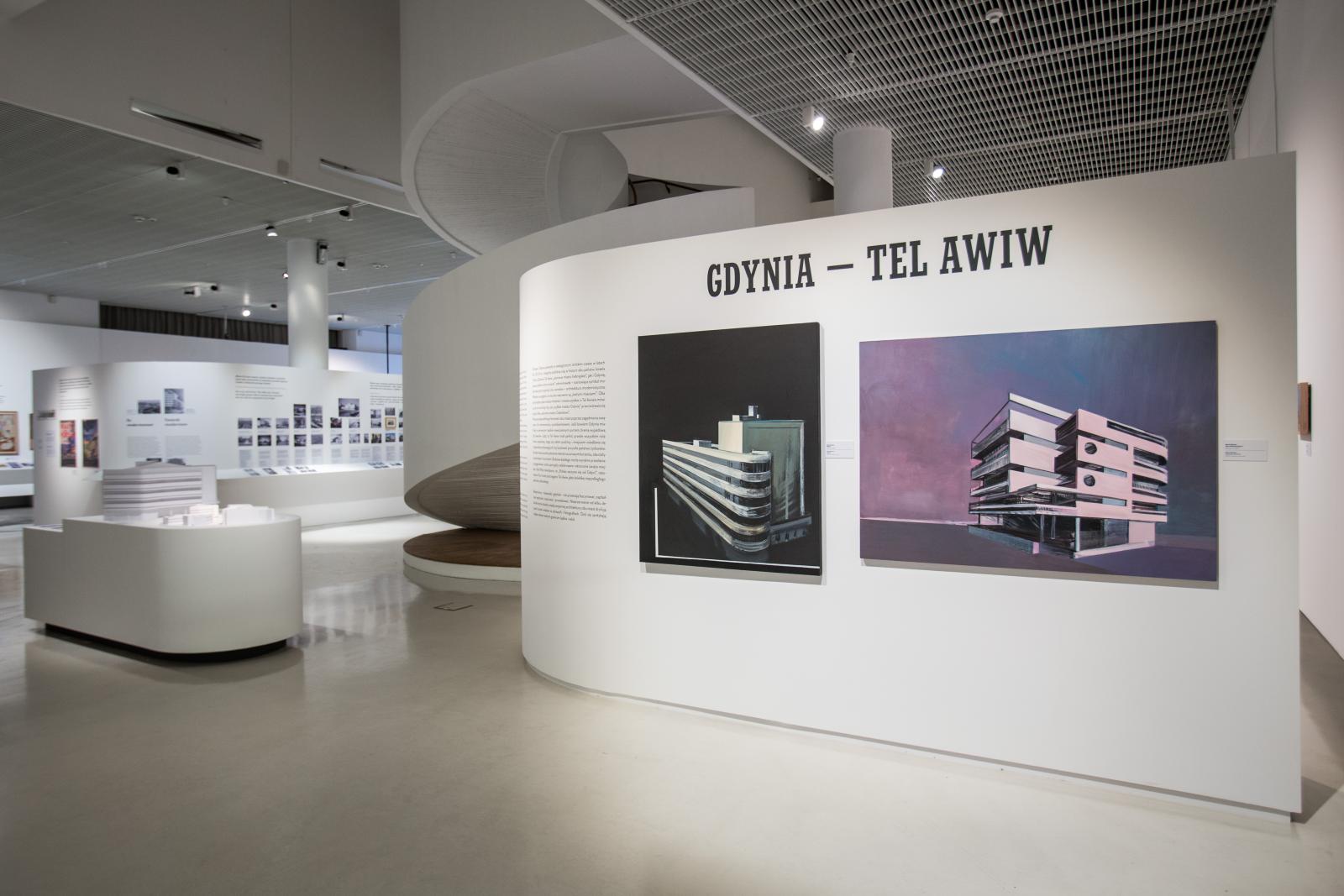 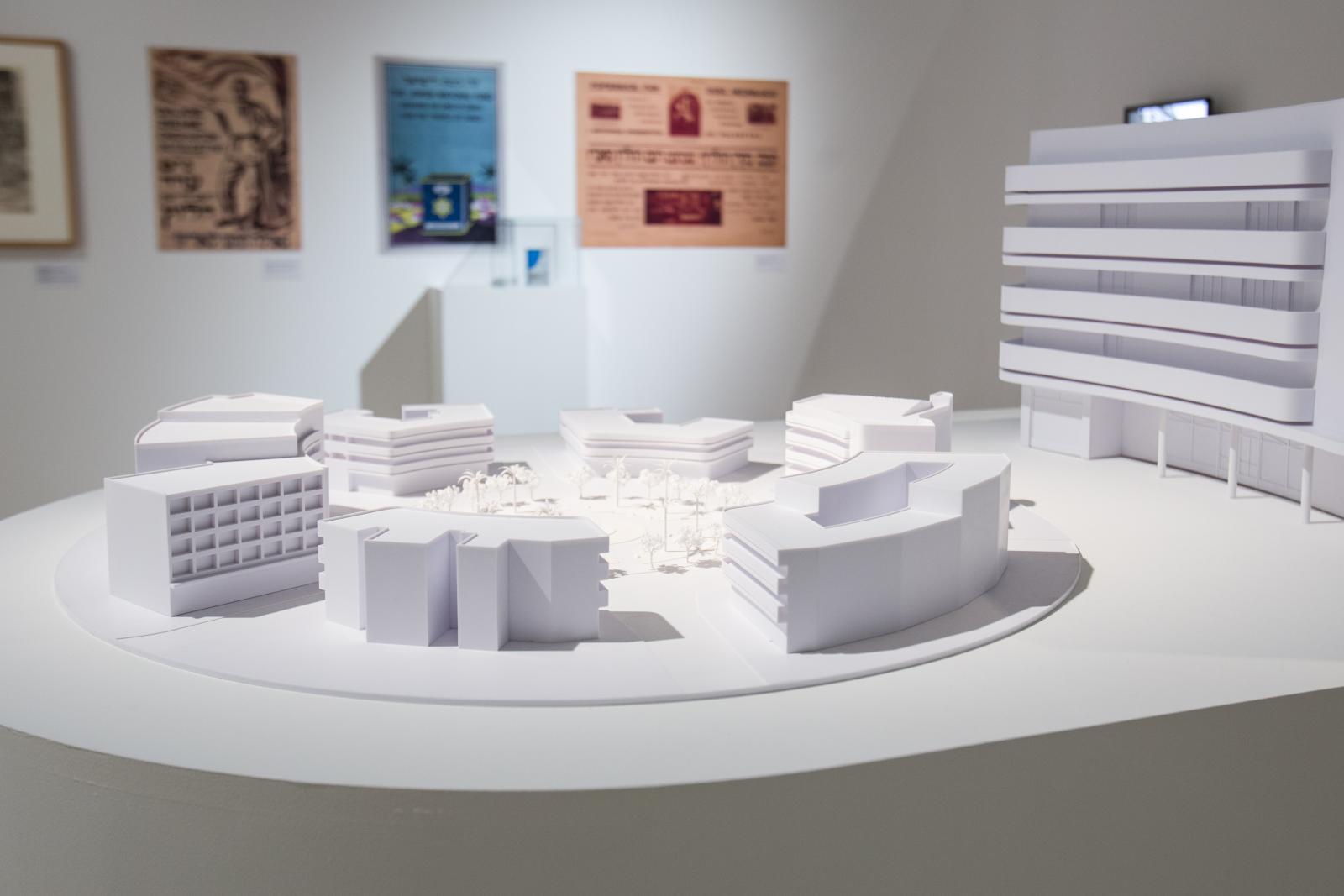 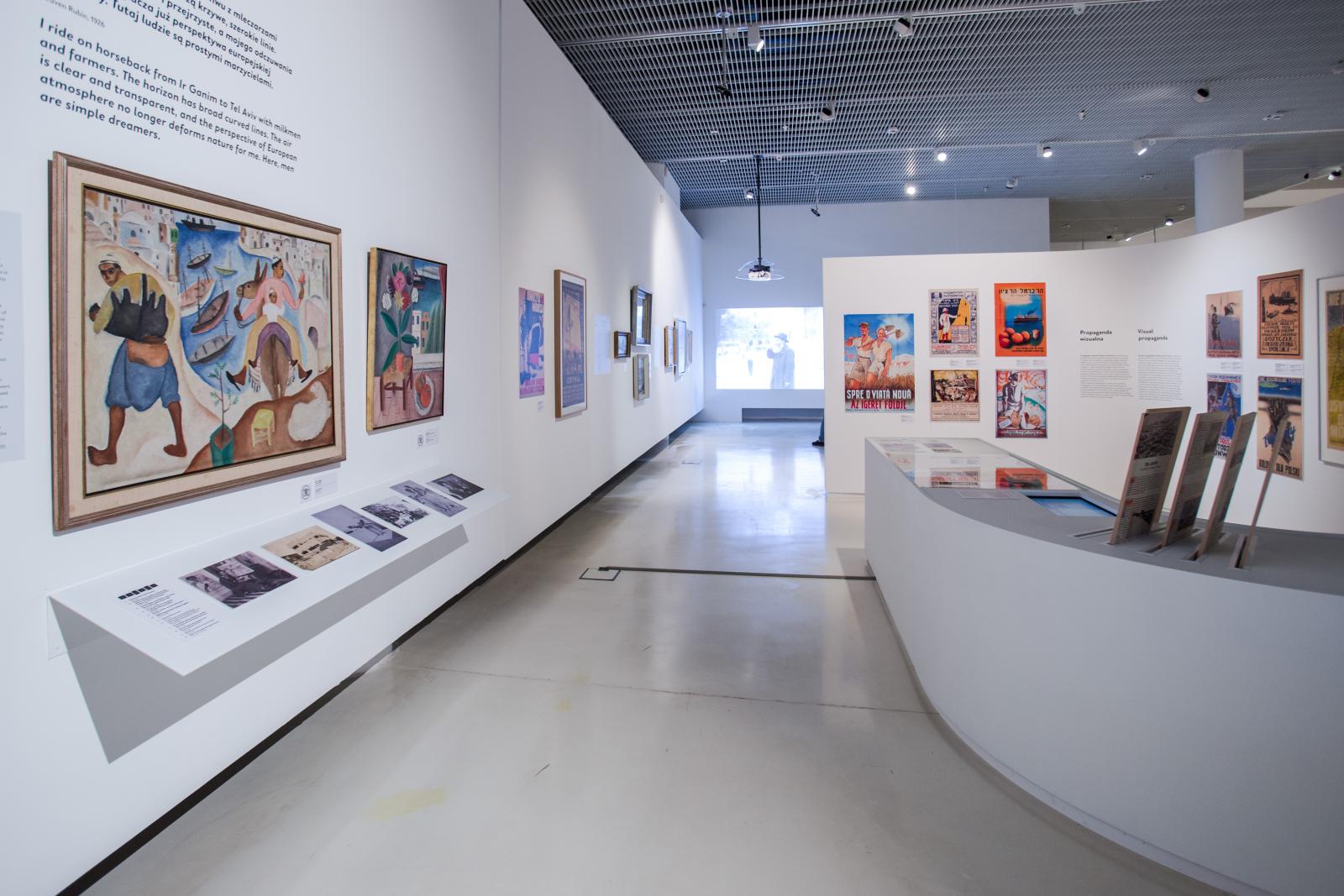 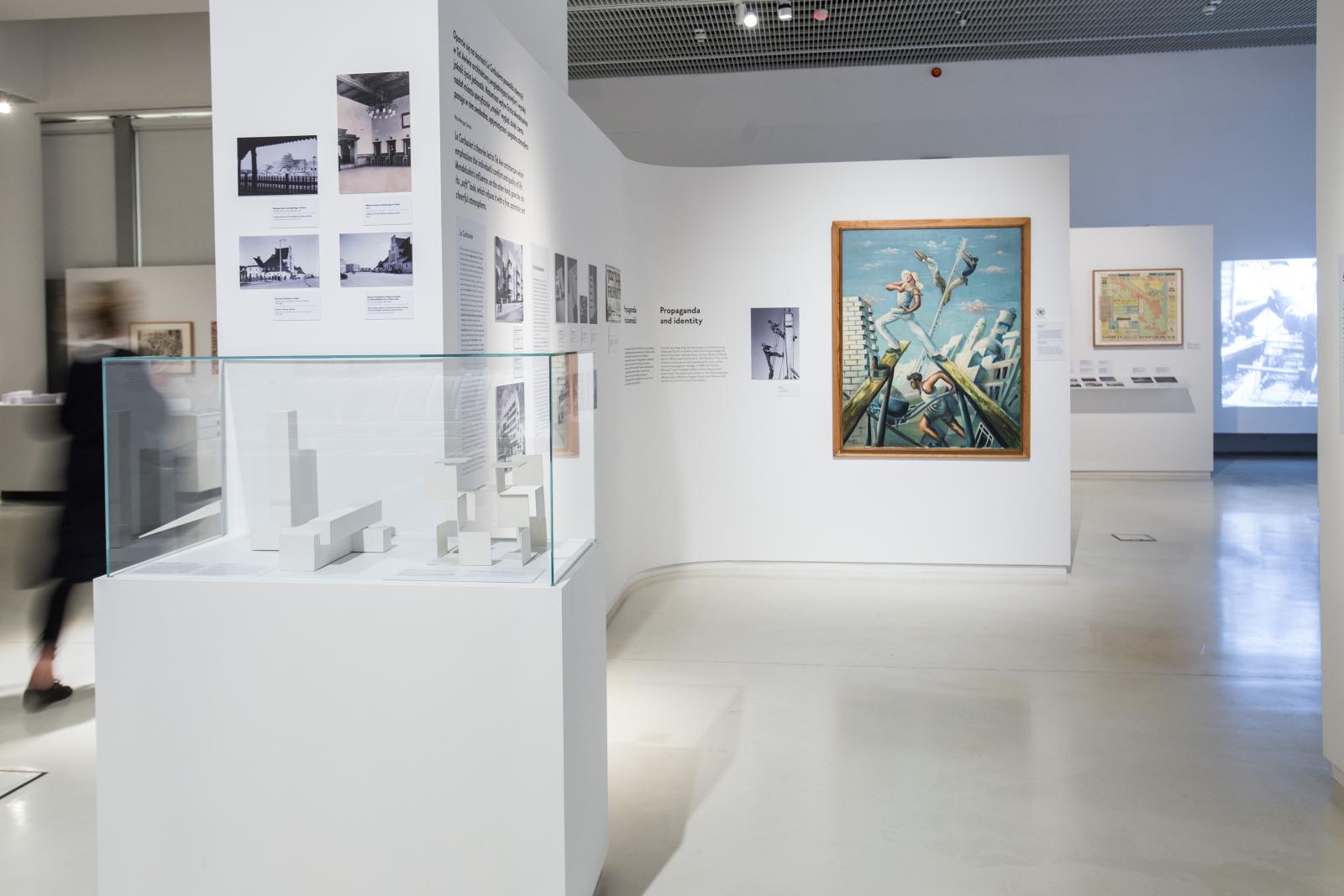 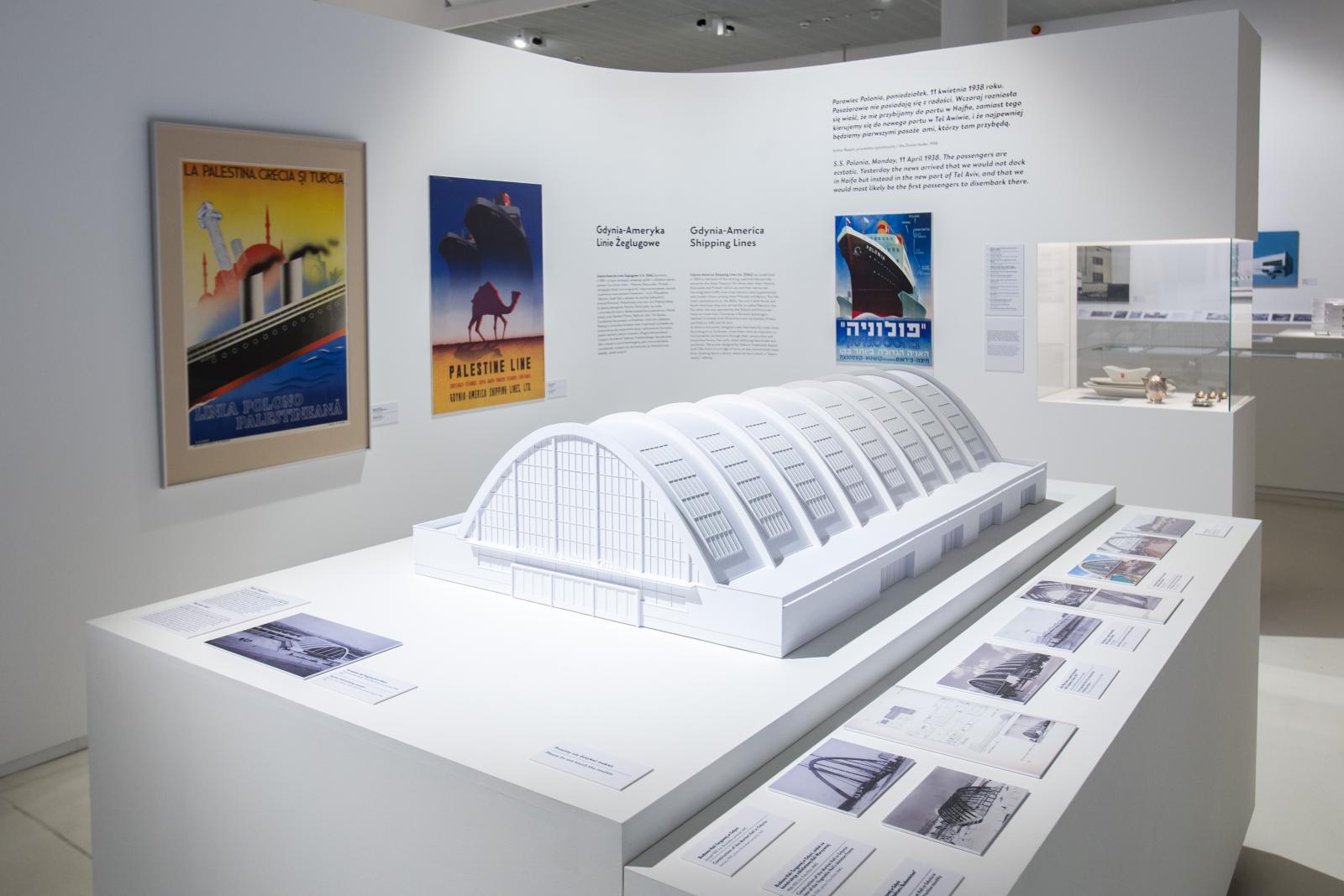 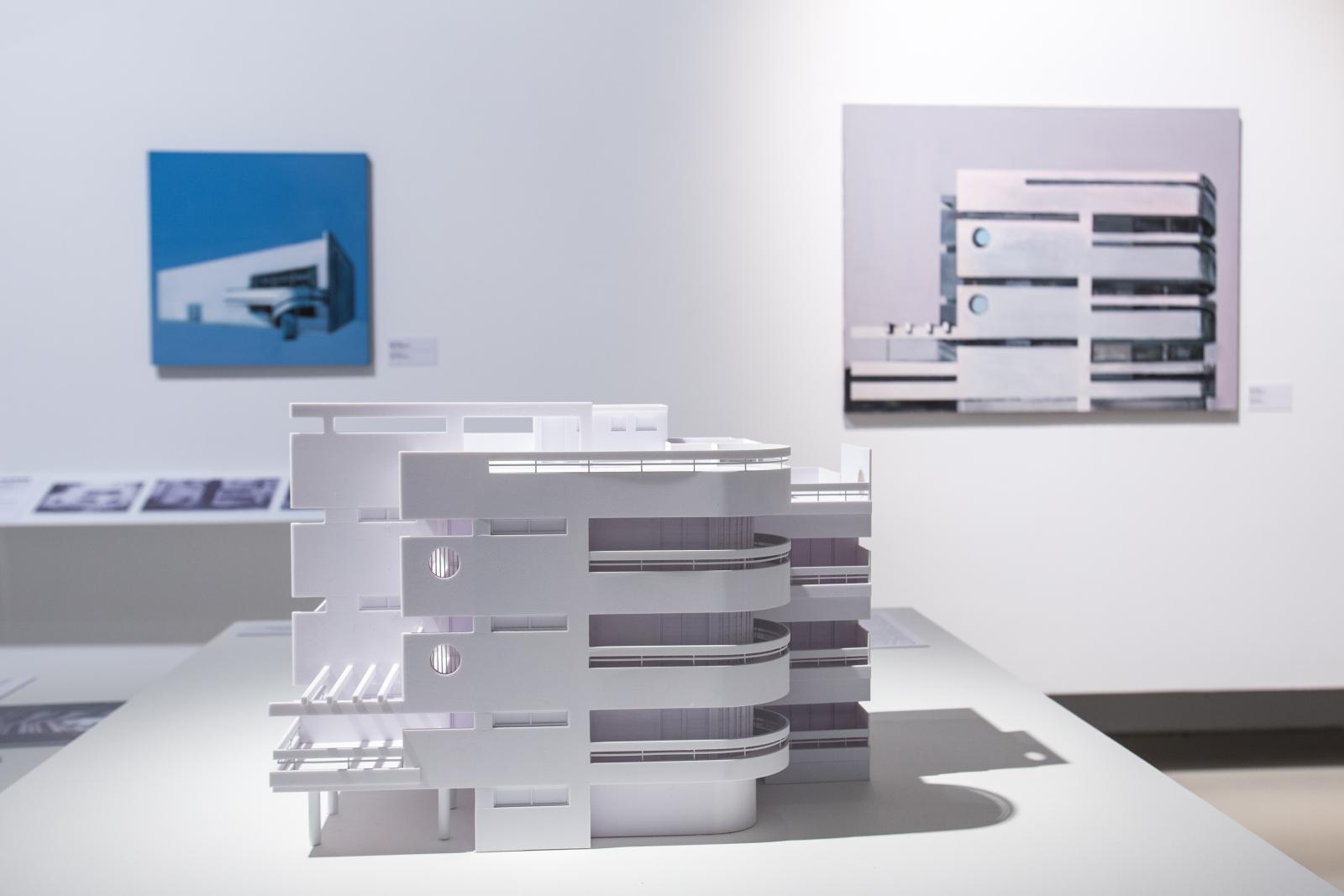 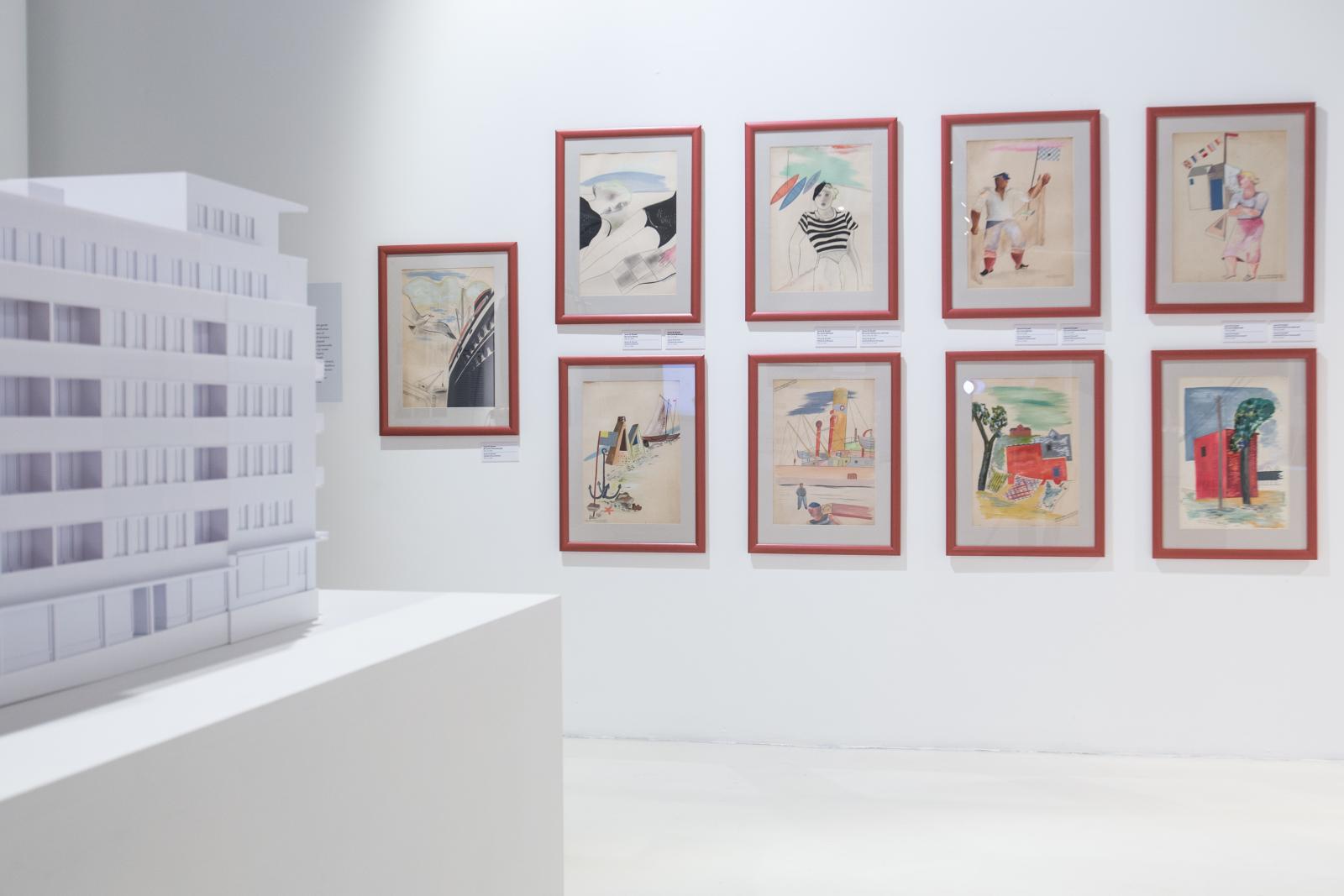 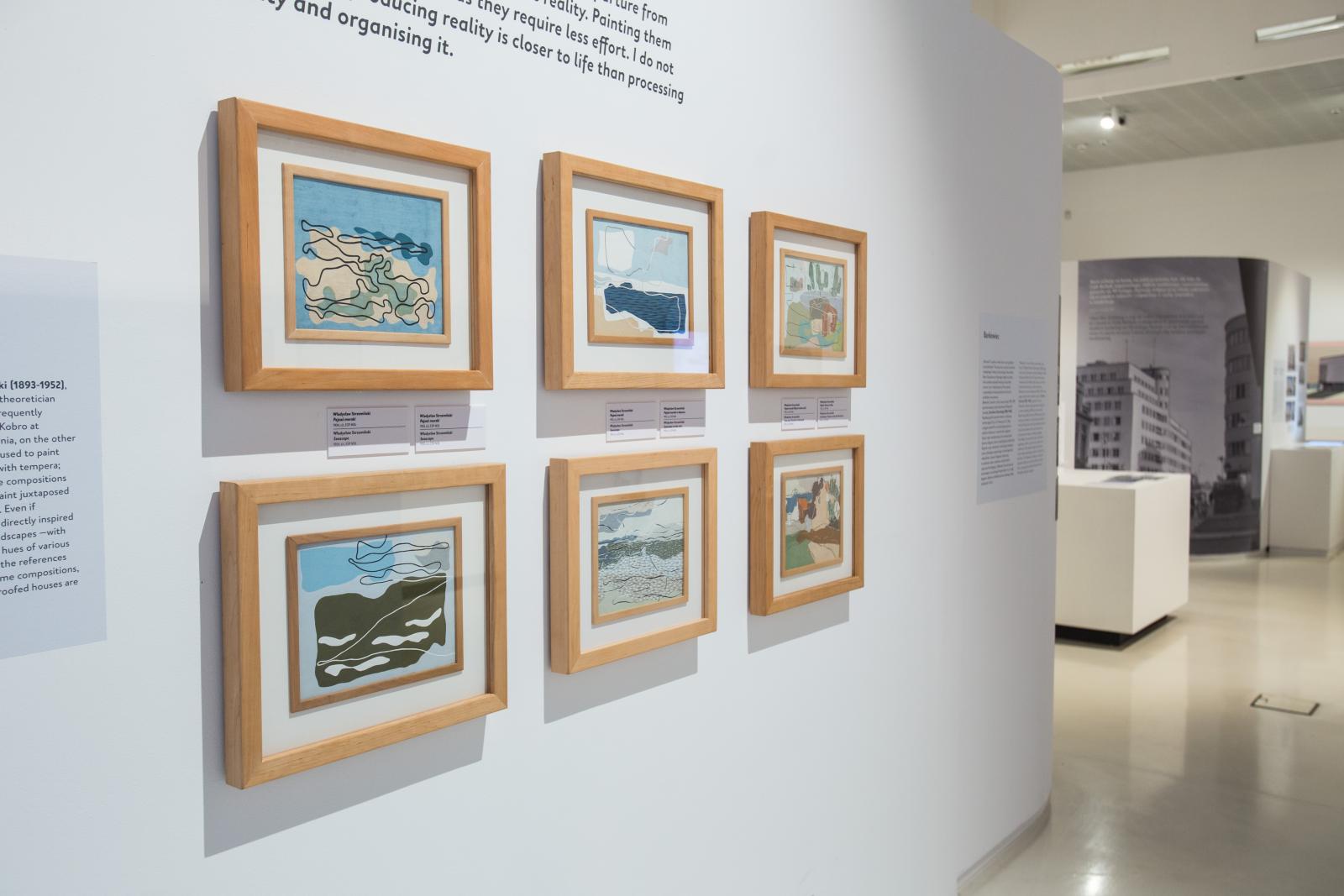 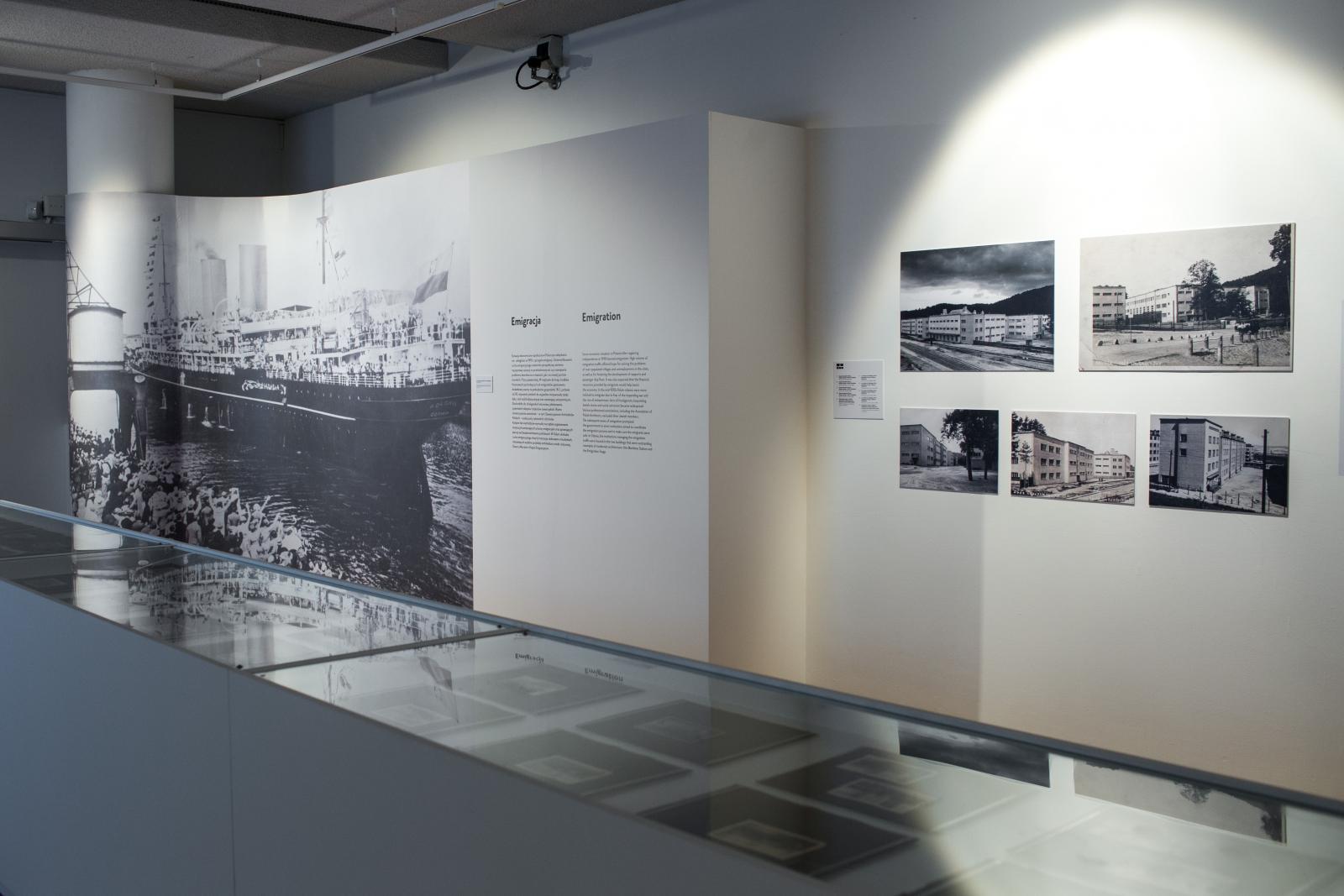 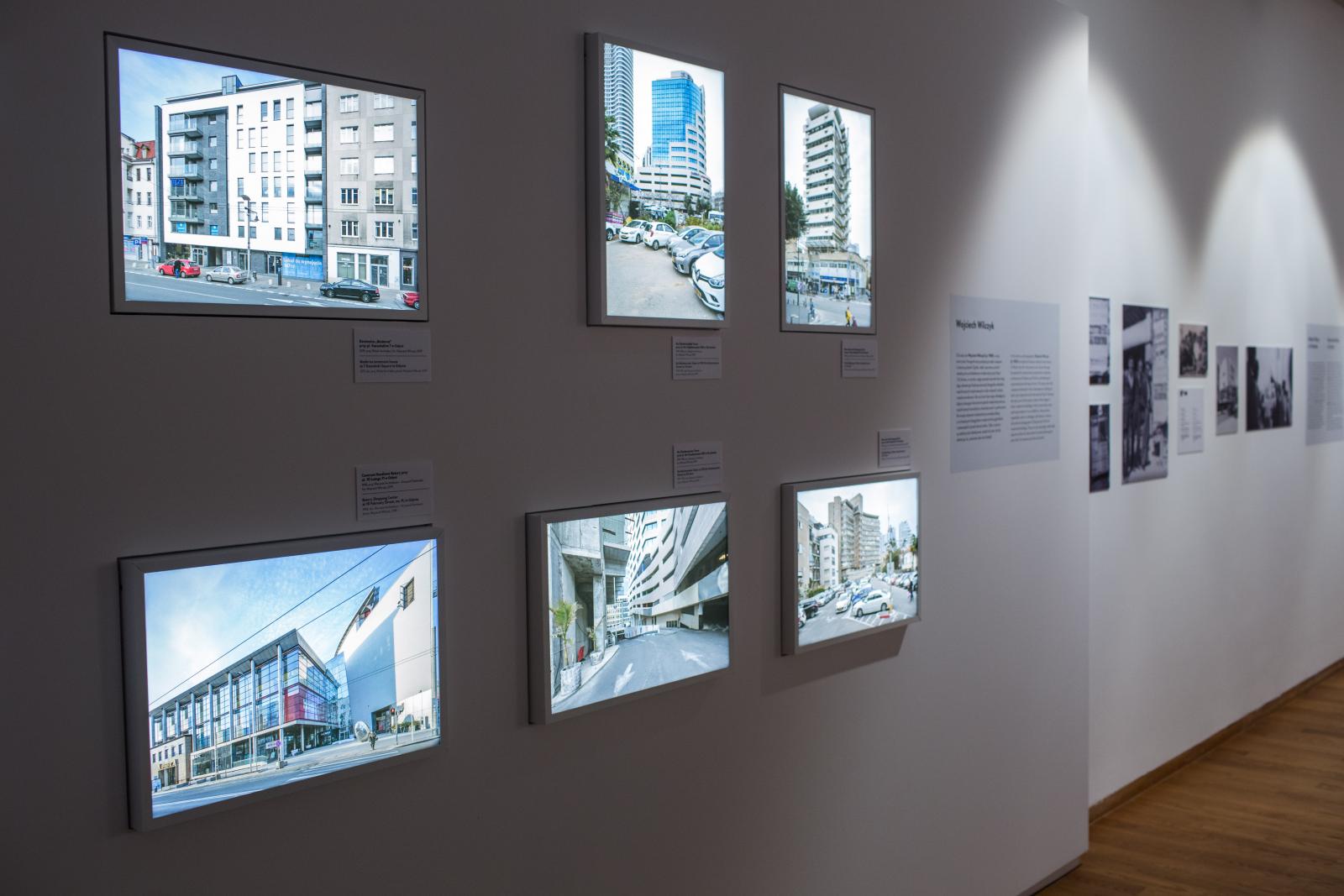 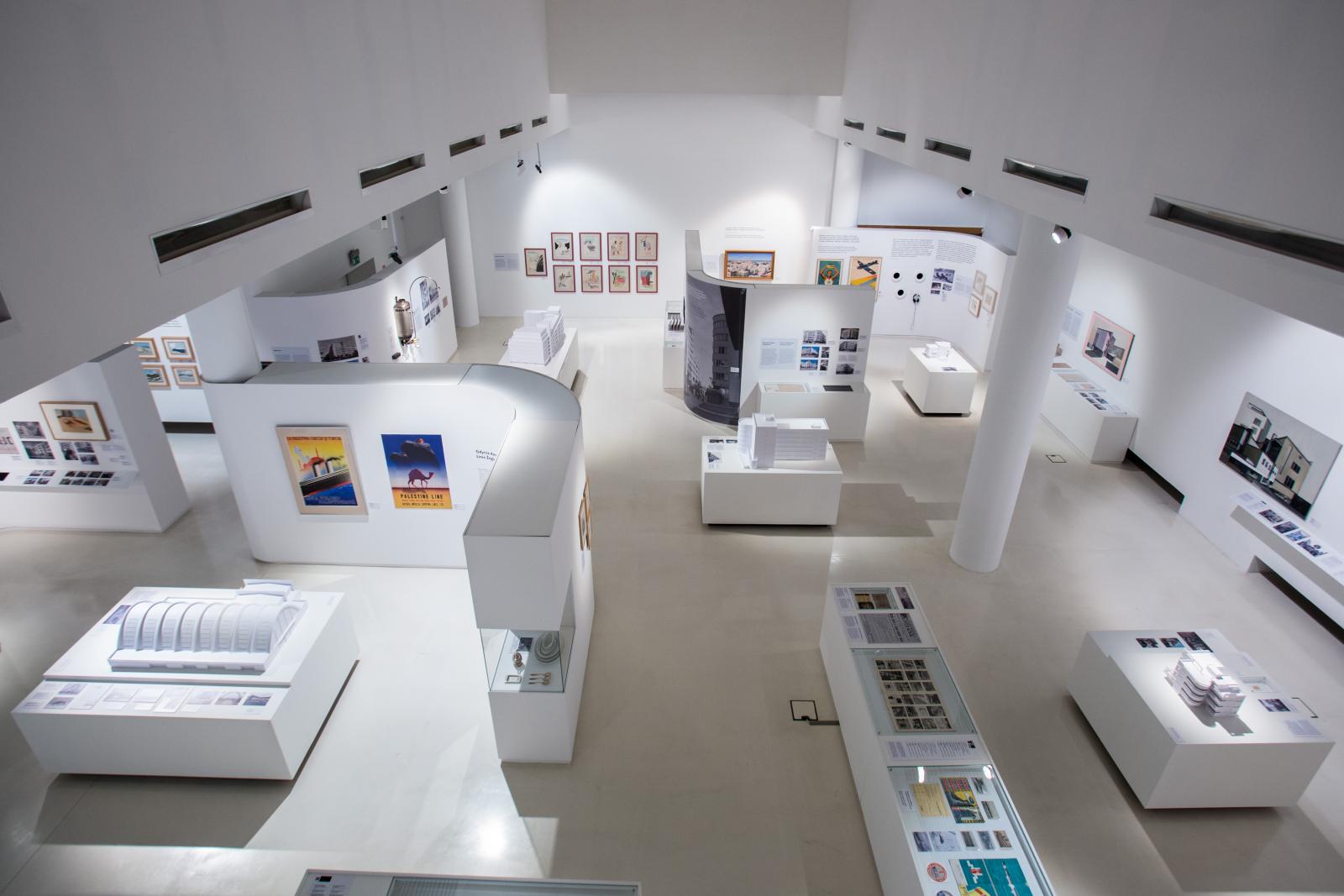 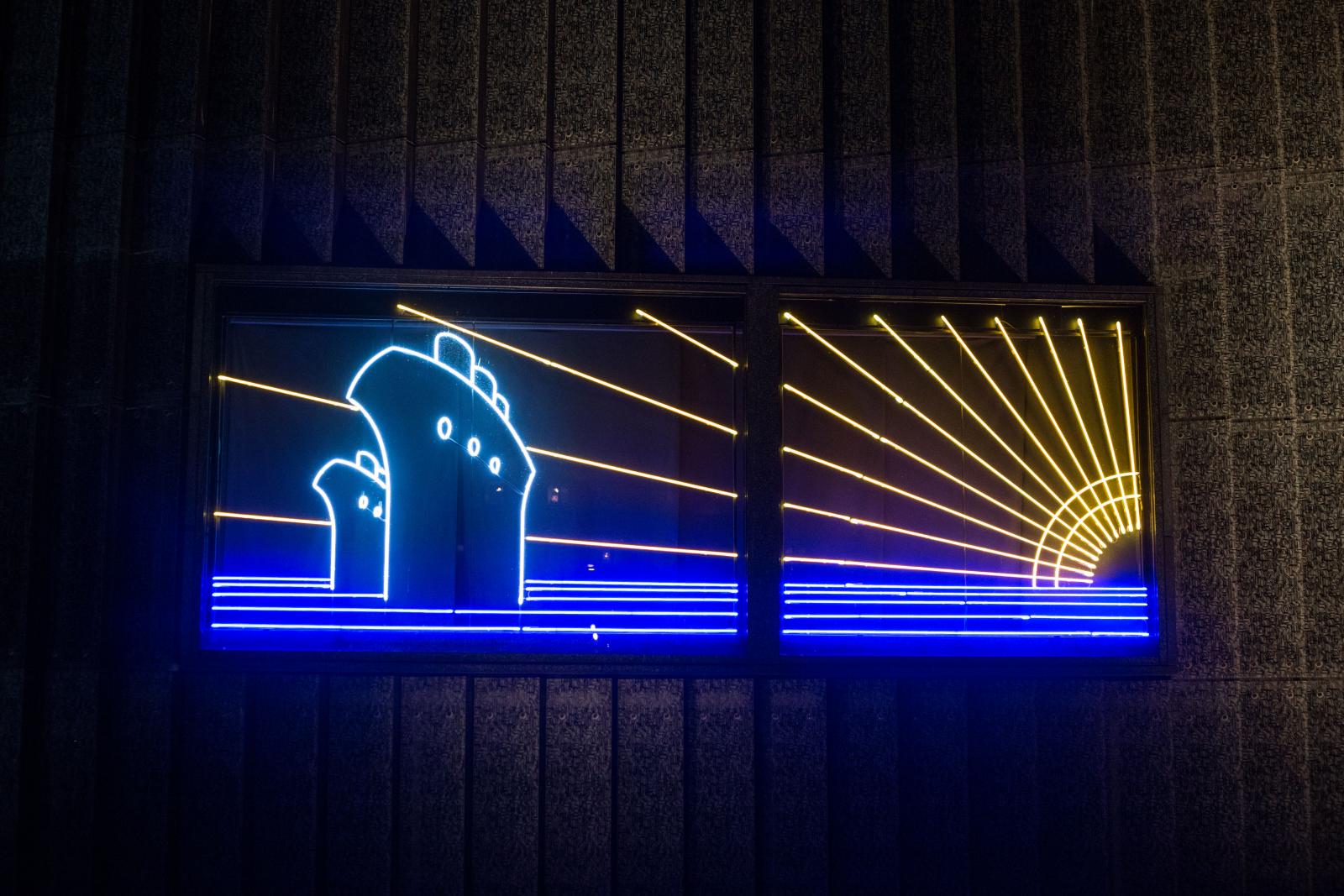 Gdynia and Tel Aviv are 3,000 kilometers apart but you will be surprised to learn how much they have in common. Both were founded at more or less the same time as seaports - gates to the world, and both soon turned into elegant summer resorts and modern harbors. The two cities share characteristic Modernist architecture, and joint Polish-Jewish history. You have an opportunity to get acquainted with the similarities and differences between them at the Gdynia-Tel Aviv exhibition open for viewing until 3 February 2020.

We are taking you on a trip to the two seaside cities built from scratch at the beginning of the twentieth century. Gdynia and Tel Aviv, founded at more or less the same time, played similar roles in the history of their countries—they represented the dreams and aspirations of the newly independent Polish state and of the Jewish nation determined to establish a new national home in Palestine. Tel Aviv, founded in 1909, was to become the “first Hebrew city.” Gdynia, founded in 1919, was envisioned as the “Polish gate to the world.” Being a modern seaport, it was to serve as an exit gate for people and goods. Tel Aviv, on the other hand, was to serve as an entrance gate for the tens of thousands of immigrants flocking in with the aim of building the future Jewish state. These representative functions combined with the beginning of the new century provided an opportunity to realize ambitious urban design plans.

Gdynia and Tel Aviv also share dominant colors: blue referring to the sea, and curcuma yellow—the color of the sun and the sand. These colors can be easily spotted at our exhibition, among others on the interwar propaganda and commercial posters, as well as in promotional leaflets.

Gdynia and Tel Aviv quickly grew to be recognized as vital seaports and fashionable summer resorts. Everyday life in the two newly established cities is visible in the archival photographs, films, documentaries, drawings and paintings displayed in the exhibition, as well as in the elements of the Modernist tenement buildings’ interior design. You will see annual celebrations of urban holidays—the Sea Fest in Gdynia and Purim parades in Tel Aviv. You will also have a chance to admire architectural models of the two cities’ iconic buildings, produced specially for the exposition.

The links between Gdynia and Tel Aviv were not only architectural and ideological - the two cities were connected by the Gdynia-America Shipping Lines. MS Piłsudski, its most famous ocean liner, also served the role of the Polish culture ambassador. Its interior design was supervised by an artistic commission who summoned the leading Polish artists to work on it. They designed not only the cabins and salons, but also details such as restaurant menus and tableware, examples of which we will be able to admire at the exhibition.

New cities and their founding myths attracted and inspired many artists from both countries. The exposition includes original artworks - some from Polish collections, some shipped from Israel especially for the occasion, such as A Harbor in Jaffa by Reuven Rubin from 1923. Intriguing drawings by Nahum Gutman in which the artist presented his own autobiography inscribed in Tel Aviv’s founding myth also arrived from Israel. Years later the drawings were used as illustrations in his book Small Town and Few People In It. Stories from the First Years of Tel Aviv. The exhibition also boasts Gutman’s oil paintings with genre scenes presenting oriental charm of Jaffa, as well as Tel Aviv’s coat of arms which the artist designed. Paintings by Ludwig Blum present the panorama of “white Tel Aviv.” The Baltic coastline and Gdynia are looming in the “seascapes” by Władysław Strzemiński, drawings by Janusz M. Brzeski or in artistic compositions by Michalina Krzyżanowska or Kazimiera Pajzderska.

Works by contemporary Polish artists such as Maria Kiesner and Maurycy Gomulicki serve as a bridge between the past and the present. Photographer Wojciech Wilczyk has produced a pictorial essay on the modernist architecture of Gdynia and Tel Aviv, presenting today’s appearance and context of the selected iconic buildings. Modernist architecture is also a leading theme of ascetic paintings by Maria Kiesner, artist passionate about cityscapes.

The Gdynia - Tel Aviv exhibition coincides with the celebrations of the 110th anniversary of founding Tel Aviv, as well as a centenary of founding Gdynia and of opening the Bauhaus School of Design - a German academic institution whose program shaped modern urban landscape of many cities in Europe and in Israel.

The exhibition has been produced in cooperation with the Gdynia City Museum, under honorary auspices of Wojciech Szczurek, the Mayor of Gdynia, and Ron Huldai, the Mayor of Tel Aviv, as well as the Israeli Embassy in Warsaw. 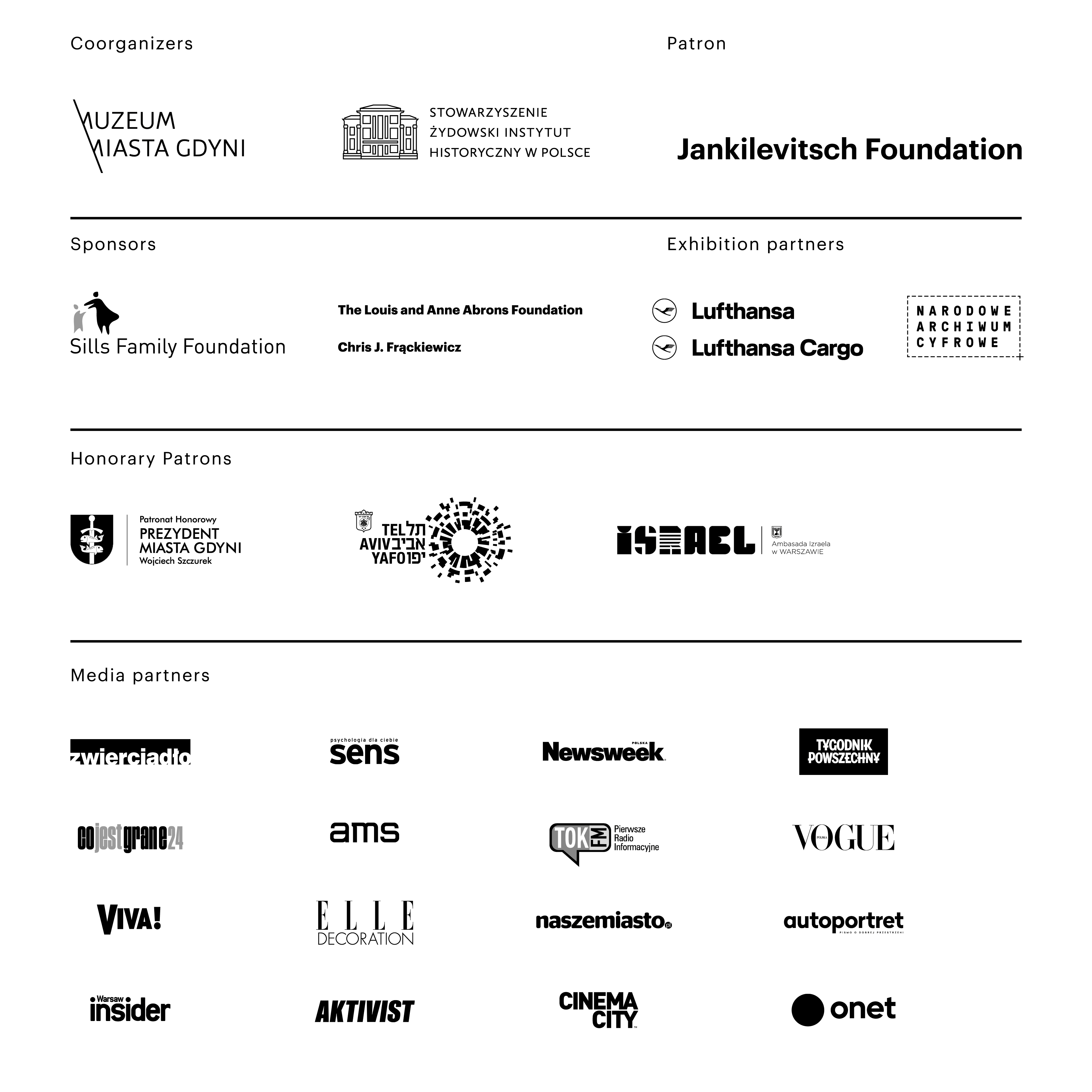 Assaf Gavron – a meeting in the POLIN Reading Room series

Curator’s tour of the temporary exhibition

Creating a modern city: Warsaw in the interwar period - a tour of the city accompanying the core exhibition

During the tour, we will find out whether the ideas of affordable flats and creating healthy living conditions for the working class could have been implemented in interwar Poland

Gdynia – Tel Aviv: the exhibition on architecture and politics